Can you escape the underworld? 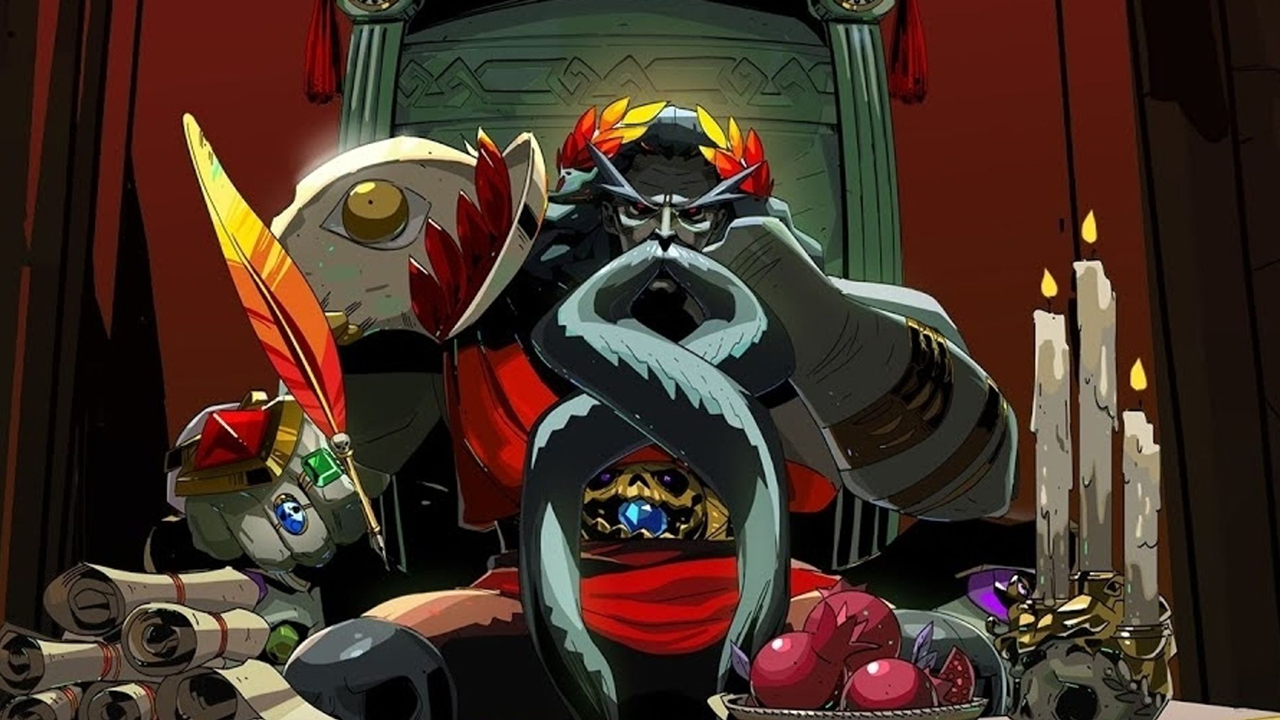 There’s not much that can be said about Hades at this point that hasn’t been said.  Last year, Supergiant’s Hades came out of early access to critical acclaim, rocketing up many game of the year lists to close out the 2020 and it was well deserved praise.  While Supergiant has carved out a niche for themselves with their highly stylized isometric titles, the developer seems to have taken the lessons learned from Bastion, Transistor, and Pyre to put forth their best effort yet with Hades.

A rouge-like dungeon crawling ARPG, Hades is a breath of fresh air for a genre that has been well tread over the last few years.  The marks of a near perfect game, Hades excels in just about every area: Gameplay, Art Style, Music, Presentation… the game is teeming with personality and style and it’s just a lot of fun to play.

While last year’s release was limited to the PC and Switch, Hades is finally making it’s way to the PlayStation and Xbox consoles, while also debuting to a massive audience on Game Pass.  The good news is that Hades hasn’t changed all that much in this release.  It has translated over to the new consoles with little lost to the naked eye.  In fact, if just for the matter of convenience, Hades was a blast to dig back into on my PlayStation 5 on my big screen. If you like rogue likes, you don’t need to read much further.  Hades is a near perfect example of this type of game.  It’s hard to imagine anyone who enjoys this type of experience to turn away unsatisfied with Hades. 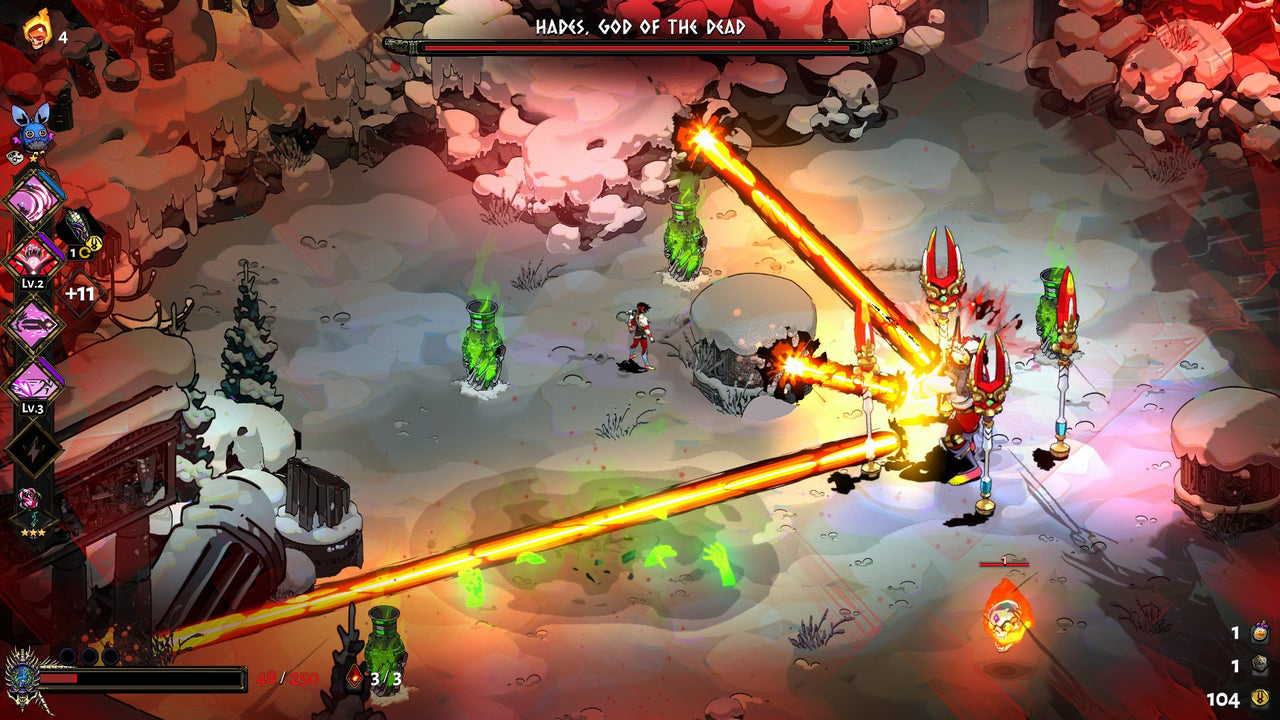 You play as Zagreus the defiant son of Hades who wants out of the Underworld.

For those who want a bit more, Hades is as described previously an action role playing game set within the constraints of a rogue-like formula.  Like modern games in this genre there are plenty of persistent upgrades that’ll keep you playing, but each run is one which you can “beat” the game using the random power-ups and abilities that are thrown at you during said run.  The persistent abilities and unlocks that you earn over time will make things a little easier.

In Hades you play as Zagreus, the prince of the Underworld and the defiant son of Hades.  His quest is to leave the underworld at the dismay of his father, in search of his mother Persephone.  Along the way, Zagreus is aided by the Olympians who offer him powerful boons that allow him to fight through four levels of the underworld.  Like other games by Supergiant, this is an isometric title.  Each room that Zagreus clears offers him distinct benefits for doing so, whether that’s power-ups from the Olympians, currency to purchase items to help, or persistent items that can be spent on upgrades that allow for Zagreus to grow stronger.  Each level is end-capped by a powerful boss.  Fighting your way to the surface is your goal and to do so you’ll need to face four distinctly challenging levels and said bosses who roadblock that progress.  Zagreus has a slew of unlockable weapons that he can use to take on this challenge. 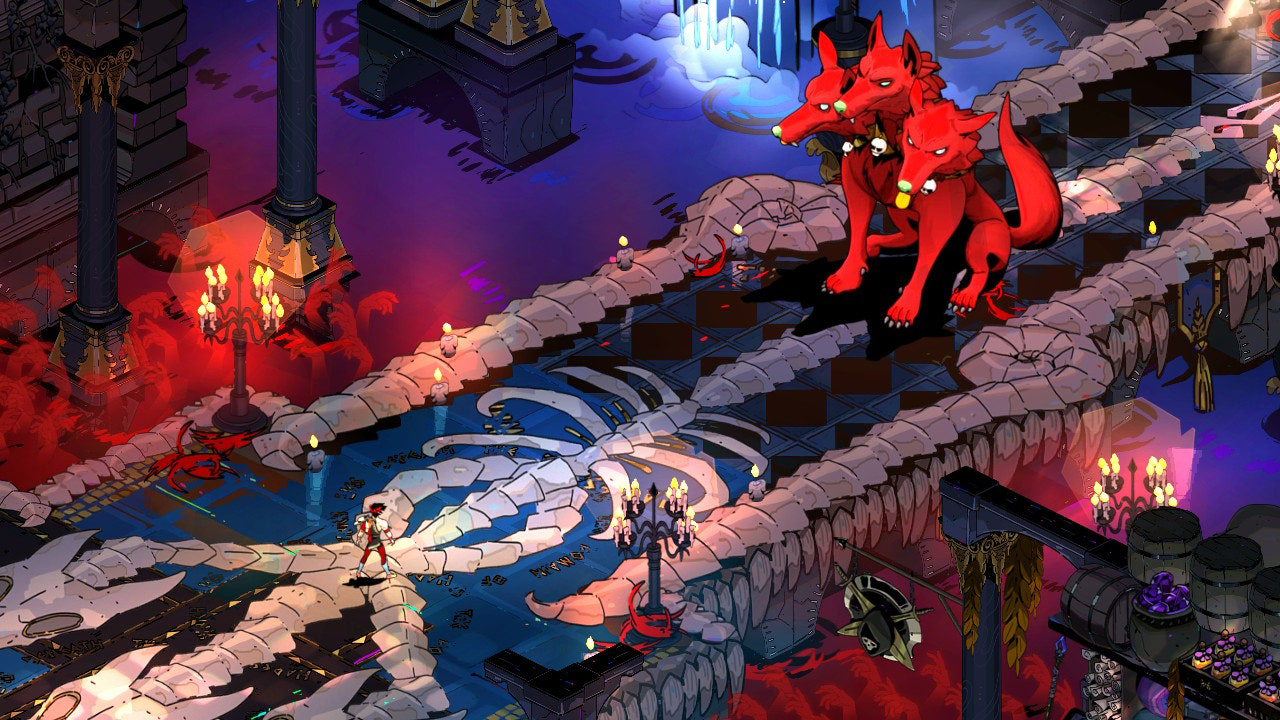 While it doesn’t sound much different than many others rogue-like titles, Hades most certainly feels different when you dig in.  Unlike many games of this type, Supergiant succeeds in presenting a compelling narrative and an interesting cast of characters.  Something that is often missing in games of this type.  Each time that Zagreus fails in his attempt to make it to Greece, he’ll have the opportunity to build relationships with the many underworld inhabitants.  Nyx, Achilles, Medusa, and more will be there to lend there advice to Zagreus on his quest.  Build said relationships and you’ll earn powerful keepsake items that help you on your quest.  It’s a tale that’s masterfully told by Supergiant.  The relationship between Zagreus and his father, the Olympians and the inhabitants of the underworld is one that shows a level of dysfunction that is hardly represented in the source material and lends a level of a relatability to the cast of characters.  Never have we seen a rogue-like game with such a strong narrative base as we see with Hades.

And it’s backed up in the gameplay department as well.  Hades is as enjoyable a dungeon crawler as any.  While it may feel a bit mashy if you get lucky enough to build one of the game’s many OP builds, for the most part the combat is both challenging and fun.  Most rooms have branching paths which allow you to pick up different upgrades for your character so no run ever really feels the same.  There are a number of Olympians that offer Boons to Zagreus and builds can go in any number of directions on any given run.  That’s part of the fun of Hades.  It’s a “what will I get this time” sort of game.  There’s plenty of games like this, but some of them just aren’t that fun when you don’t get decent weapons or abilities.  With Hades, you can pick a weapon that you like at the start and then build around that weapon.  Over the long haul you can unlock special power-ups for said weapons, and if you really dig into the game you can unlock hidden upgrades and attributes for each weapon by fostering your relationships with the cast of characters in this game.  Hades is good built on good, built on good.  From the core gameplay to the narrative, to the unlockables, modifiers and more… everything feels organically implemented for you to unlock and unfold.  While most rogue-like titles have zero pacing, Hades has this incredible pace to the game that always feels like you’re working towards something.  And it’s almost always more than a feeling.  As you get stronger, you can’t help but make it further and further on your journey. 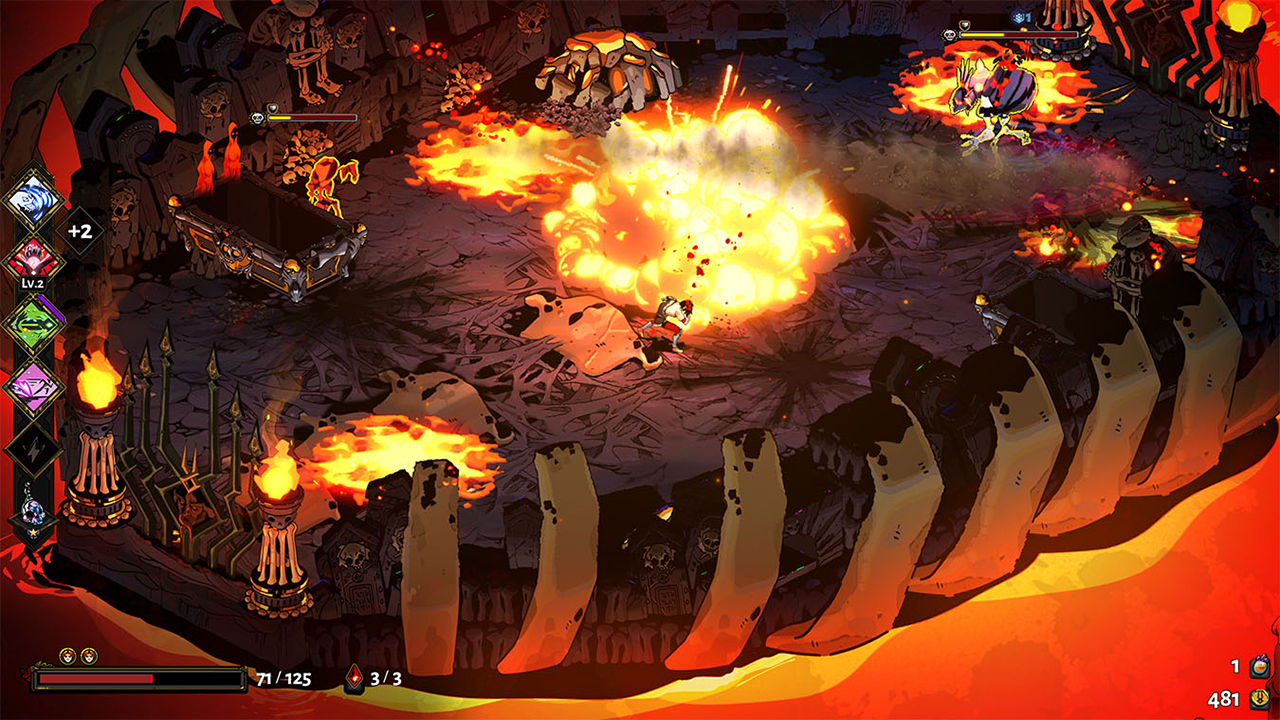 Supergiant has always been known for their incredible attention to the small details of their games and they’ve haven’t yet released a game yet that hasn’t had both a rocking soundtrack and stellar voice cast.  Hades is no different. Once again, the cast of characters who voice this dysfunctional underworld family are incredible and the music is once again a high point for the experience.  The level design and art style make this world come to life in a way that you just haven’t experienced in this Greek mythos before.  The tales and the characters are familiar for any that have delved into Greek mythology, but the way that they are introduced to the player are in such a way that make the content feel fresh.  Hades puts many games to shame, frankly.  Big or small.  There are just so many small details that are there simply to hammer home that artisanal feel.  Hades feels like it was made with loving care for each and every aspect of it.

Look, if you have Game Pass this should be the first thing you play the moment it releases.  The amount of enjoyment that you’re likely going to get out of it is going to cover at least a month of your subscription to the service.  That said, Game Pass or not, Hades is a game that you just shouldn’t miss.  Whatever you like games for, graphics, gameplay, fun factor, it’s got this all in spades with equally exceptional quality wherever you choose to play it. If Hades got past you last year for whatever reason, don’t let it get by you again.