The latest news in the world of video games at Attack of the Fanboy
November 10th, 2014 by Kyle Hanson 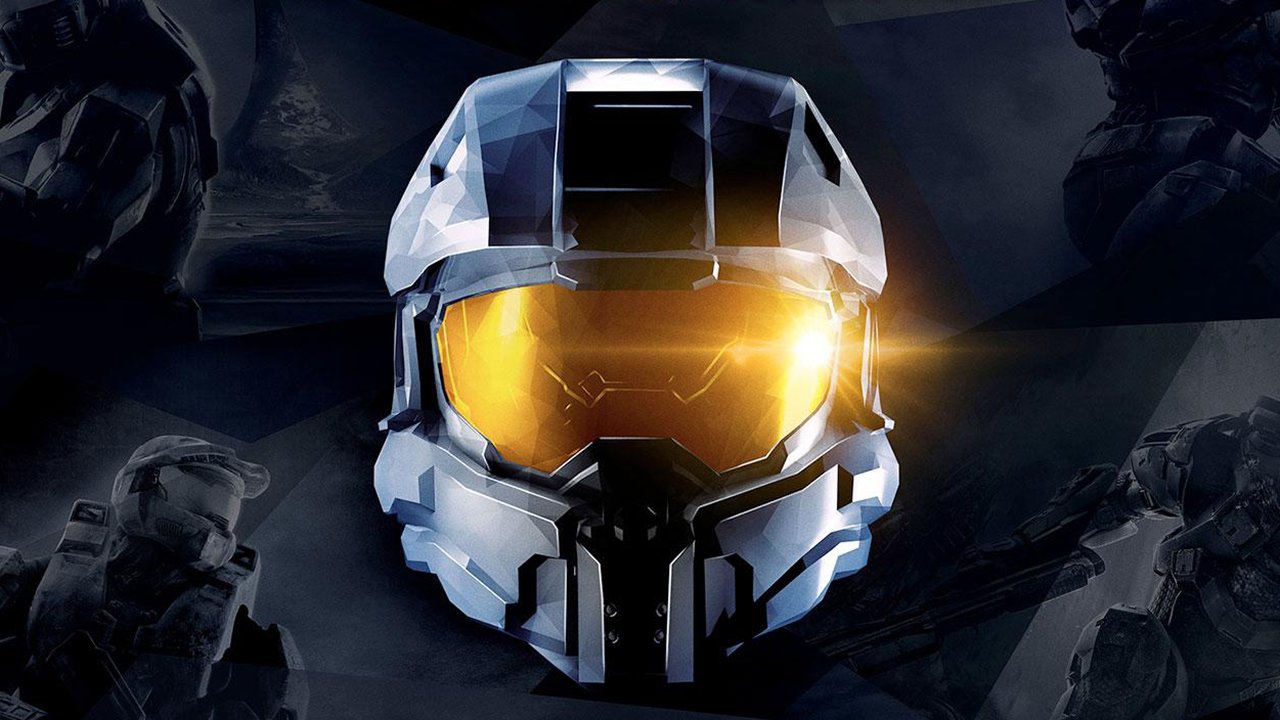 It is pretty tough to understate the importance of the Halo series. Originally arriving at the launch of the Xbox, Halo: Combat Evolved shaped a generation of gaming by making the first-person shooter genre work well on console. There had been FPS games on consoles in the past, but they never played as well as they did on PC, causing the genre to not live up to its full potential. Once Halo came along everything changed though, FPS was the genre of its generation and in many ways that dominance continues to this very day. The series continued to shape the FPS genre with the release of its sequels over the coming years. While some felt that later entries struggled to retain the magic of those first few games the series as a whole is a true mainstay of gaming. The release of Halo: The Master Chief Collection only serves to remind us of what was originally so great about these games while updating and improving them in ways that make them feel brand new.

Trying to list off all of the content contained in Halo: The Master Chief Collection feels like an impossible task. The main elements are the four Master Chief-centric Halo games in their entirety, including their multiplayer components, along with a few extras such as the Halo 5: Guardians beta and custom campaign playlists. However, once you dive into the various components to see the little extras, and after you explore the well-designed menus to find new elements that have been added you will discover much more under the surface. For example, the map editing tool Forge returns, allowing players to customize and create their own maps. New maps and building blocks have been added that seem to ensure a steady stream of interesting user-created maps for some time. Another great addition are the aforementioned playlists, which bundle together various campaign missions based around a central theme. Play through every tank mission, or each of the final levels from Halo 1-4 all in a row and see if you can score higher than your friends. 343 seems to have decided that the best way to satisfy Halo fans old and new is to throw in every single game element they could think of. 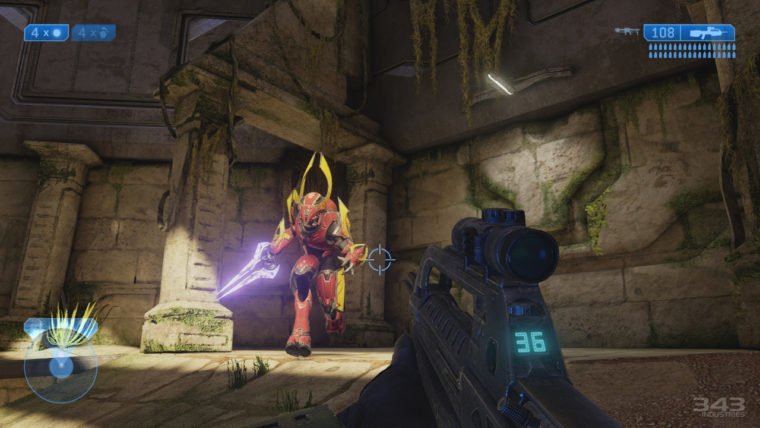 However, just having a whole lot of stuff  doesn’t make for a great game by itself. What truly makes Halo: The Master Chief Collection work so well is the quality of the original content. The games included here are arguably four of the best first-person shooters of all time. While opinions might differ on which games stand out more, and which are the best representations of true Halo gameplay, each entry in this collection is a fun and well-made example of classic FPS action. Even if you are of the mindset that the Halo series lost its way at some point, Halo: The Master Chief Collection still has you covered thanks to the preservation efforts that went into its creation. While improvements have been made, such as the first two games in the series getting remastered visuals and sound, the originals are just a button press away at all times.

This idea of preserving the old, while making it fresh and new is the greatest achievement of Halo: The Master Chief Collection.

This idea of preserving the old, while making it fresh and new is the greatest achievement of Halo: The Master Chief Collection. This theme started with Halo: Anniversary Edition where players could switch back and forth between the two aesthetic options, and it continues with Halo 2. The star of the entire collection, Halo 2: Anniversary has been totally reworked for Xbox One. The gameplay remains unchanged, allowing players to revisit the classic game without any shift in the mechanics. However, on top of this is a totally new engine featuring improved visuals, new sound effects, and re-orchestrated music. While playing through the campaign most players will spend their entire time in the new engine, only switching back to remind themselves just how much the game has changed in ten years. This is largely thanks to the excellent work that went into updating the visuals for the new hardware. The game looks brand-new and can easily stand alongside other recent new-gen releases. This is especially true of the new cutscenes created by Blur Studio, which feature some of the most forgeous CGI you can find today. Unfortunately the same praise cannot be said of the audio changes. The new sound effects and soundtrack take some getting used to and do feature a couple of instances where the old is better than the new. Thankfully these can be avoided by switching back to the old engine at any time. Overall, the new audio contains far more good than bad changes, but it would have been better had it not intruded on the nostalgic fun so much.

While Halo 2 received the full remastering treatment, every game in the collection has been improved graphically in some way. Increasing the hardware capabilities has allowed all four games to run in full HD, with all but Halo 2: Anniversary hitting the important 1080p figure. Each game varies in how much the new visuals improve it, with Halo: Anniversary Edition and Halo 4 looking fantastic, while Halo 3 looks a bit like an old game with a small face-lift. Just upping the resolution would have likely been enough to entice back fans of the series, but 343 went even further by doubling the framerate as well. All four games now render at a steady 60 frames-per-second, allowing for a much smoother and more visually stable experience than ever before. This seemingly small change is the true reason fans will want to pick up Halo: The Master Chief Collection as it takes the included games to a whole new level in terms of fluidity and responsiveness. This is especially evident while playing multiplayer, where the 60 FPS gives the action new life.

And it is here, in the multiplayer where the true value of Halo: The Master Chief Collection lies. Over 100 maps from all four bundled games are included, even the formerly PC-exclusive levels from Halo 1 and 2. Every single map that has ever been in a Halo game, except for the understandably absent Halo: Reach, is here and ready to be played online. You can dive into the matchmaking, which will feature both ranked and unranked playlists of ever shifting varieties, or have fun in custom games set up with your Xbox Live friends. If you hold fond memories of late night LAN parties, or if you simply enjoyed playing a few rounds of Team Slayer online then Halo: The Master Chief Collection will bring all that back and more. 343 even went so far as to retain many of the original bugs that players found fun, such as the super bounces in Halo 2. And yet again we see how Halo: The Master Chief Collection both retains the old while making it new as there are six remastered maps included from Halo 2. Each map is fully rendered in the new engine, with improved visuals and even some level design changes. These maps give series veterans something new to try out in the multiplayer arena while still allowing them to go back to the old maps if they don’t end up living up to their expectations. 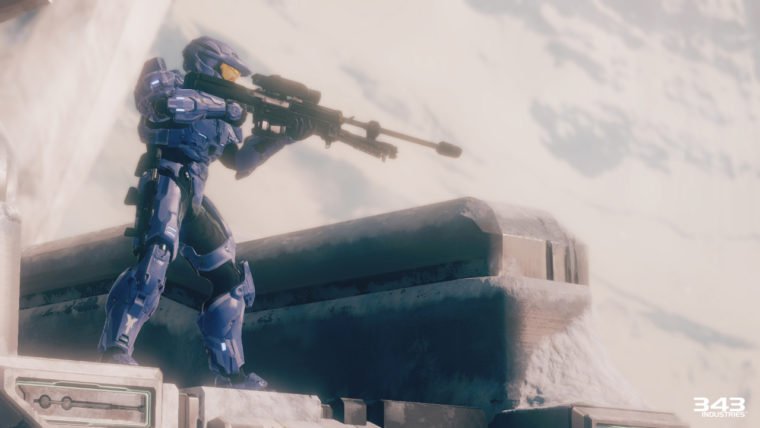 Halo: The Master Chief Collection is easily the best value in gaming today. The sheer amount of gaming content that can be found within the collection is mind-blowing at times. Fans of the series really have no reason not to pick this up as it takes what they have always loved and makes it much better. Those who have drifted away from the series should still find enough here to come back, as the game doesn’t force newer elements onto you and retains the original spirit of all four games. However, that is an important point to remember; Halo: The Master Chief Collection is not trying to totally revamp the series, which means these games are included with all of their great attributes as well as their flaws. If you never liked the series, then Halo: The Master Chief Collection isn’t going to do much to change your mind, but newcomers will find this to be the perfect entry point into a series that has helped shape video games for years.