Harvestella sets itself apart as one of the most charming RPGs of the year. 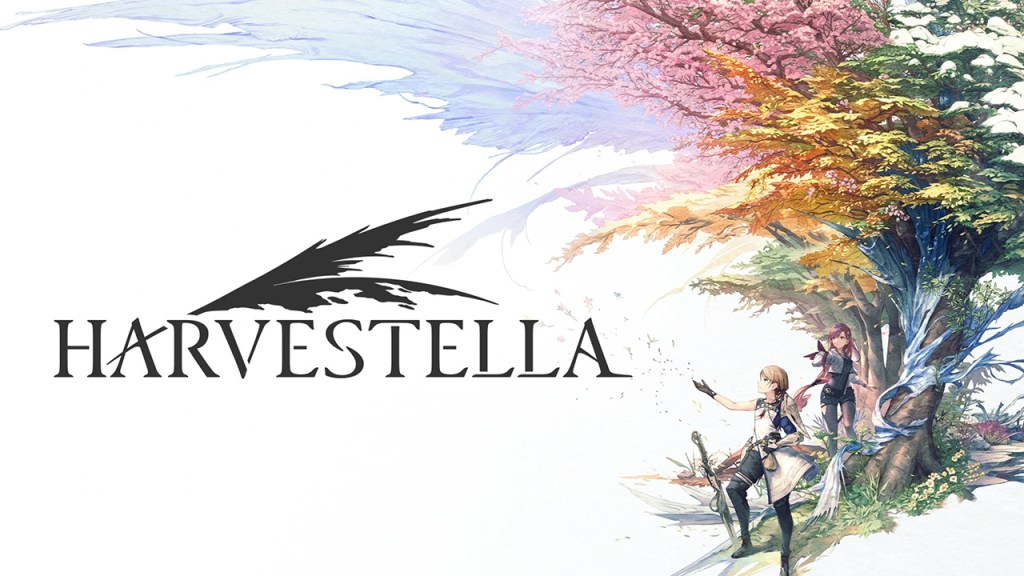 Harvestella is a title that has, since its reveal, gathered a significant amount of both expectation and curiosity, mainly thanks to its visuals and premise. But does Square Enix’s new life simulation RPG manage to make its mark through the seasons? And what about the Switch, can the console bring the best out of the game?

A Charming and Fresh Experience

Although Harvestella is an RPG whose biggest focus merges the unison of Daily Life mechanics and core JRPG features, the whole experience relies on farming mechanics as its driving factor, as players are able to freely renovate their land, plant and grow a wide variety of crops, raise animals in order to get resources, as well as craft, cook, fish, and sell their wares. Selling your products and items is also one of the only ways in which you can earn Grilla (the title’s main currency) in the game.

This, is the game’s main selling point, as Harvestella excels in its ability to offer two fundamentally different but directly related and dependent gameplay aspects, all without sacrificing one in favor of the other. A feat made possible thanks to the game’s progression system and the way each new renovation performed or milestone reached truly opens up a world of possibilities.

The game’s overall storyline and narrative style also deserve praise. While the plot is not groundbreaking, it manages to deliver a solid RPG experience, which feels in many ways similar to classic RPGs. The game also features many clear nods and homages to classic JRPGs, such as Chrono Trigger.

As all RPG fans know, a great JRPG experience needs to fill a few requirements, which are having a high-quality cast of characters and narrative, a good set of gameplay mechanics, and a wide array of side-quests and activities. With that said, we are happy to say that Harvestella checks all the boxes, as the game also features a wide array of side quests, as well as many other activities sure to please fans of the genre such as collectible hunts, among others.

In Harvestella, players can take part in two kinds of side quests, those given by NPCs and those given by the game’s companions and supporting cast. The companions and main supporting character quests will feature more in-depth stories as well as explore their character arcs outside of the main storyline. By completing the quests, players will also increase their bond level, thus unlocking, in most cases, new skills, buffs, and special abilities.

On an unrelated note, as we also know a lot of people will be asking: Yes, you can pet all of your animals in Harvestella.

A Combat System Which Shines in Its Simplicity

The game features a highly intuitive combat system, where you take on the field as the protagonist and can partner with up to two AI-controlled companions. As advertised, you can switch between the game’s available jobs, or classes, on the fly, each featuring its own set of unlockable skills and passives.

Overall, Harvestella’s straghtforward approach to combat is its biggest strength, as it gives players the freedom to try out a good amount of different playstyles and combinations in order to find the best strategy against certain bosses and special enemies. Just like in the Kingdom Hearts series, the fact that the on-field encounters occur without the need for loading screens also provides a truly smooth and relaxing experience — especially when revisiting older dungeons in search of resources.

The Break Gauge system, which is already an RPG staple, is also present in the title and can be considered the main boss-related mechanic in Harvestella, as you will both be able to open enemies to damage and perform special attacks once their conditions are met by triggering it. With that said, the lack of more in-depth descriptions regarding both characters and enemies in the game’s Encyclopedia is truly felt. In the enemies and boss-related sections, to be precise, the game only features the name, the design, and the weaknesses of each of its entries.

Although relatively few in number, Harvestella’s dungeons are another plus. These areas are large and they can only be completed or fully explored after multiple visits. Apart from the standard dungeons and explorable areas, the game also features a descending dungeon, only available during Quietus.

Apart from collecting items and facing enemies, players are also able to make use of craftable tools to fix paths or, in many cases, literally blow open new ones during their ventures through the dungeons and combat areas. But be advised, as Harvestella is at its core a life simulator, so everything you do — from traveling through regions to working on the farm and exploring dungeons — will take time and expend stamina, both of which should be managed carefully.

The crafting and item usage mechanics once again showcase how both facets of the game complement each other, thanks to the way they push players to only dive in after crafting and preparing the necessary resources. The mechanic also further segments the importance of steadily building your farm and unlocking new crafting recipes, since not doing so may result in either wasting a whole game day by entering a dungeon without the proper tools to proceed or in falling to an enemy for the lack of consumables.

The ability to craft new tools and items also makes the task of returning to once-visited maps as part of side-quests or in search of collectibles way more exciting, as you will be able to unlock new paths by using the new tools, thus unlocking new bosses, resources, and items.

A Musical and Visual Spectacle

Harvestella’s art direction is top-class, thanks to the presence of gorgeous scenarios, each filled to the brim, as well as unique and truly charming character models. The game’s overall artwork is also a differential, thanks to its charm and attention to detail, all of which can be seen during dialogues, through the menus, as well as in the overall presentation of many of the in-game items, animals, ingredients, and dishes.

All of the in-game main regions also change based on the season in question, which is truly a great plus, both visually and from a gameplay perspective, thanks to the presence of season-exclusive items and fishes. With that said, the most striking point of the game’s on-field presentation lies in the excellence of its textures, which truly excel while showcasing fabrics, foliage, and in setting the tone through the presence of strong color schemes.

The game’s sound direction is also stellar, as it manages to enrich the experience and truly takes the game to whole new heights. The game’s soundtrack, signed by veteran composer Go Shiina, known for his work on the God Eater series, Code Vein, and in the acclaimed anime adaptation of Koyoharu Gotouge’s Kimetsu no Yaiba, may be one of the composer’s best. The songs capture and bring emotion with both class and substance.

As many already expected, FPS drops do happen in some scenarios and are frequent when facing magic-wielding enemies, given the Switch’s hardware. The drops do not hinder the experience significantly, in most cases. Although the game does look especially blurry in some sequences and when navigating the world map.

The Switch also struggles during some boss battles, especially the ones with feature bigger scales and multiple areas, as well as in scenarios where you must face multiple enemies. During dialogues, especially those featuring the whole party, the performance also suffers a hit.

The loading screens, which were one of the main complaints in the demo are frequent but overall pretty short and thus do not hinder the experience significantly in any way.

Harvestella is a solid life simulation RPG, which has its farming system and intuitive mechanics as its biggest draws. While the presence of beautiful visuals, a flawless soundtrack, fluid overall mechanics, and a charismatic set of characters and narrative manages to set the game apart as one of the most charming, although not without its flaws, RPG experiences of the year.