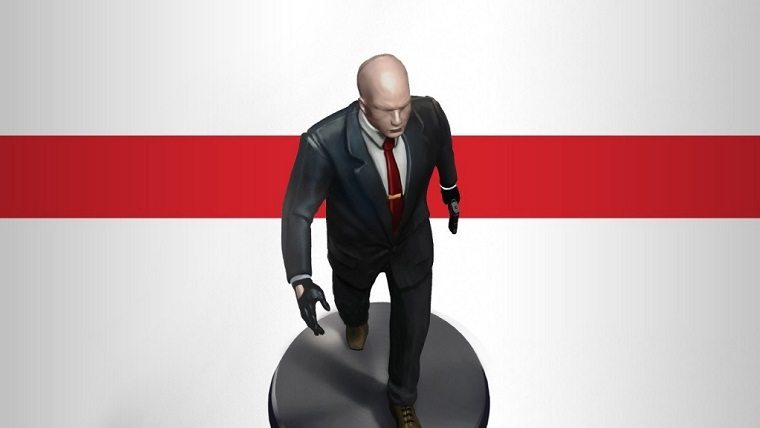 Hitman GO was a surprise hit when it launched for iOS and Android in 2014, boiling the Hitman series’ stealth mechanics down into a turn-based puzzle game that was loads of fun and very challenging. While it has come to other platforms since then, the PSN release marks the first time that it is available on a home console. Considering that the game is designed first-and-foremost as a mobile game that you pick up and play in short bursts, many were understandably worried that that kind of gameplay wouldn’t translate well to the living room gaming experience. However, Hitman GO is just as fun on PlayStation 4 as it is on mobile devices, and with cross-buy and cross-save support with the PlayStation Vita version you can play it wherever and whenever it is convenient for you.

What makes this version of Hitman GO the “Definitive Edition” is the fact that you’re getting all of the original game’s content and additional levels in one package, as well as upgraded visuals. This makes it a pretty impressive offering, as you’re getting around 90 levels for $7.99. Getting both the PlayStation 4 and PlayStation Vita versions for the same price is also fantastic, as both look great and perform beautifully. You can use the DualShock 4’s touchpad or the Vita’s touchscreen to emulate the mobile experience, or you can just do what I did and use the joysticks to move Agent 47 and the camera. This makes the game much easier to navigate and play over extended play sessions, as you aren’t constantly swiping your finger across a screen.

Apart from the above changes the game remains mostly the same, as you control Agent 47 through a series of puzzle boards where you must navigate around guards, snipers, dogs, and more as you aim to get to the end of the level without getting caught. When you move one space so does every other mobile enemy on the board, which requires you to think ahead before you make your next move. several levels will also task you with taking out a specific target, with these kinds of levels containing heightened security with a lot more to accommodate for in order to make it to the end. While the game starts off easily enough, the game’s difficulty scales perfectly and when you finally beat it you definitely feel like it was earned. 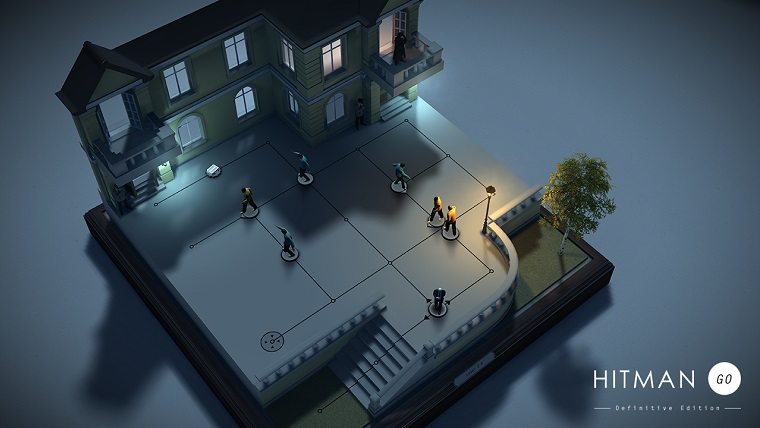 Where most of the game’s difficulty comes from is its 3 star challenges that are present in each stage. These will task you with doing things like collecting an out-of-the-way briefcase, taking out all of the enemies or finishing the level in a certain amount of turns or less. You can get all 3 stars in some of these stages in one go, though others are designed with the intention of you playing it again to get the ones you missed. While this would be an annoyance in some games, due to the short length of each of the game’s levels it never became a problem. Some of the methods that you have to come up with to complete these challenges are so complex that you’ll be doing a lot of trial-and-error until you come up with the solution, which is always rewarding when you finally do.

At first your obstacles in Hitman GO are few and far between, with enemies being easy to kill or avoid altogether. As the game progresses, though, the type of enemies will become much more varied, with some that swivel in place, track you down with guard dogs, snipe you from across the level, and a lot more. Your means of getting around these enemies is your own logic and what each level provides you. You’ll come across things like rocks and tin cans to throw in the direction of an enemy to distract them, allowing you to sneak by or take them out. You’ll also have things like trap doors that transport you instantly to another part of the level, as well as disguises that allow you to move past guards wearing the same outfit. You can even pick up things like pistols and sniper rifles to take out some enemies that are giving you extra trouble. It’s in the mixture of all of these different mechanics where the game truly shows its brilliance, as it really requires you to use your head in order to come out victorious.

One of Hitman GO’s most striking features is its visual design, which has a very minimalist look that is all its own. Agent 47 and other characters appear as simple board game pieces with very basic designs, and the levels themselves have a very simplistic charm to them. However, that’s not to say that there isn’t a lot of detail in the level design, as some of the game’s later levels look great and feature areas from the main games like the Paris Opera and St. Petersburg. The audio is also minimal, providing a relaxing backdrop for the game’s more slow-paced gameplay. “Ave Maria” plays in the background of levels where you have to take out a specific target, which is just as spine-tingling here as it ever was. Both the visuals and audio are much easier to appreciate on a bigger screen, and the updated visuals are welcomed addition. 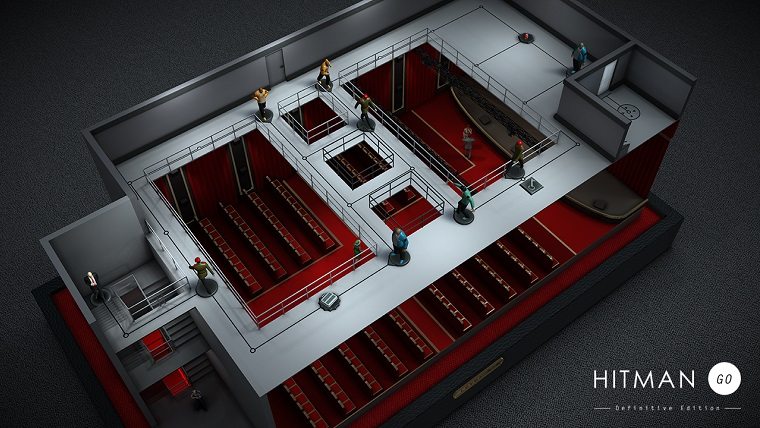 While Hitman GO may have been tailor-made for the mobile crowd, it’s just as good on PlayStation with the new Definitive Edition. The same head-scratching puzzle gameplay that surprised everyone in 2014 is still great in 2016, and the fact that you’re getting all of the game’s additional content, upgraded visuals and cross-buy/cross-play for $7.99 is an awesome deal. If you’re a fan of puzzle games or a fan of the Hitman series you need to give this game a shot, as it blends both into a package that is a ton of fun to play.