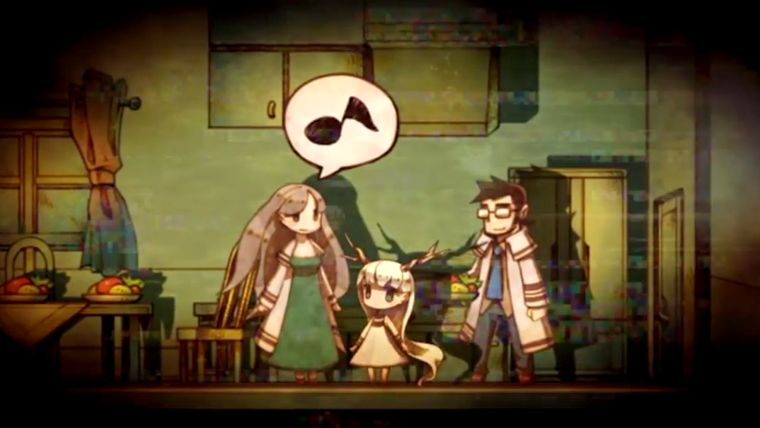 NIS America have typically stuck to their Japanese counterpart Nippon Ichi Software’s JRPG offerings when it comes to localizing, but now they have decided to branch out with something quite different by bringing last year’s Hotaru no Nikki to the US. Localized as only the very weirdly titled htoL#NiQ – The Firefly Diary, this game is built specifically for the PS Vita with default touch controls through a world of numerous puzzles that can get so frustrating at times that the player may begin to lose their sanity.

Unlike the usual NIS America game, htoL#NiQ really does not have much of a story, at least that is told within the game itself. The basic premise finds a young amnesiac girl name Mion that has fallen to the bottom of a set of ruins somehow. When she wakes up, she is surrounded by two fireflies, the guiding light Lumen and the dark shadow Umbra. These two fireflies push forward most of the gameplay in the game, though there is also one other type of section that is insanely disturbing at times.

htoL#NiQ has two very different types of gameplay areas throughout the game, though one is much more prevalent than the other. The most common features a variety of puzzle solving by moving around Mion through the use of Lumen, while using Umbra to reach otherwise unreachable switches or other items around the stages. The game does do a good job at adding new mechanics into these sections the further you get into the game, such as a floating umbrella, backwards controls, and more. It almost feels similar to last year’s The Swapper in how it gradually altered the basic game mechanics. 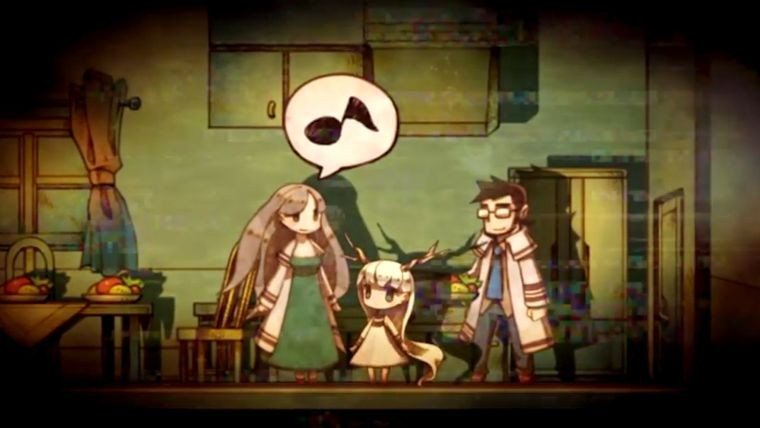 One rather neat aspect of this part of the game is that each chapter also concludes with some sort of boss. Some of the bosses are quite interesting and well thought out, but the final boss is more about luck than anything else at times. With the excellent bosses earlier on in the game, it was incredibly disappointing to see them finish off in that manner.

The other gameplay type does not occur very often, where Mion experiences flashbacks to her home. The controls here are incredibly stiff and awkward, where even though there is a 3D plane sometimes, she can only move in limited directions, which can be a major pain sometimes. These sections are actually quite disturbing most of the time, with random areas of blood and violence mixed in as well

While the puzzle areas of the game do not exhibit the dark and brutal style seen in the flashbacks, outside of the Mion death scenes, the game’s overall atmosphere does a great job at exuding the depressing nature of the actual story. The muted art style really does go a long way towards getting the player more invested in the game itself. 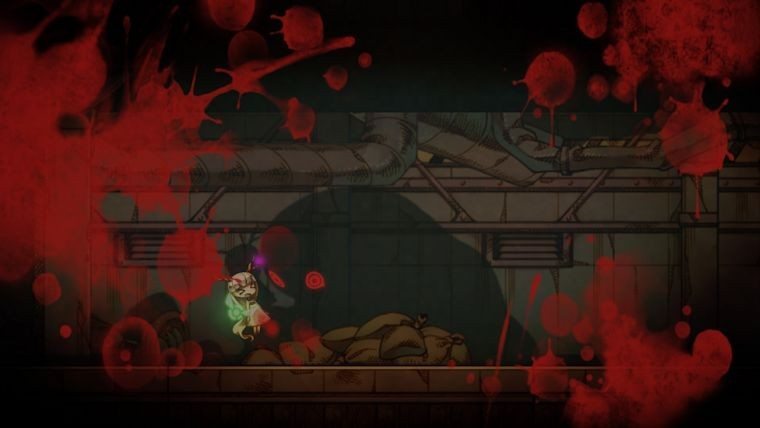 htoL#NiQ is built exclusively for PS Vita and the developer tried to implement touch controls as a result. However, there is absolutely no reason to use these, as they make everything so much worse. To move Mion herself, you must move Lumen around in the direction you want her to go. With the touch controls, it is near impossible to precisely move Lumen around, especially if you are in the areas where the controls are in reverse. In addition, controlling Umbra utilizes the back touchpad and it is just not that well designed.

It is a godsend that there is a control scheme option to switch to the left analog stick and face buttons instead, as otherwise this game would be almost unplayable at times. This switch to the analog stick controls is almost vital, as the game runs very slow, with Mion never being in any sort of hurry. Even with the analog stick, it is impossible to slowly move Lumen, as he instead jumps way too quickly even on the lightest of pushes. The touch controls just add another factor that is unneeded overall, though it is understandable that they would try to push that as the default with it being a PS Vita exclusive.

Even by switching to the simpler control scheme, there are segments of the game where one may be tempted to just throw the Vita at the wall in frustration. Difficulty is fantastic in video games when done right, such as Dark Souls or Donkey Kong Country: Tropical Freeze. However, here it is just punishingly hard to where it can make somebody never want to play the game again.

The absolutely worst sections in htoL#NiQ require you to maneuver Lumen through extremely tight quarters in a speedy manner, with the area near the end of the game being about as frustrating as a game can get. Some people will enjoy the challenge, but there is a difference between a very well designed and complex puzzle compared to something just being unfair, as this game felt at times. 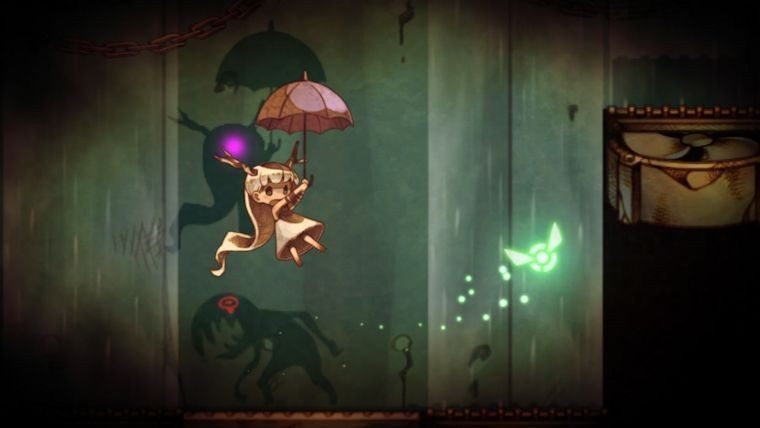 The game’s immense difficulty at certain points does prolong the length of it quite a bit, as it is not incredibly long otherwise. Luckily, it is simple to go back to past chapters and replay old puzzles as well to get a little bit of replayability out of it. However, there are definitely some puzzles in the game that you will never want to touch again after completing for the first time.

htoL#NiQ – The Firefly Diary is a case of a game that is definitely a mixed bag, with some interesting gameplay and puzzle designs, but way too many arduous moments along the way. Spread around a very well crafted environment, the puzzles gradually involve new elements that do make the game somewhat worth playing through, rather than stopping at the first difficult section. As a relatively short game, only prolonged by the unfair difficulty at times, htoL#NiQ really is hard to recommend at a price tag of $20, though it could be worth a second look in a future sale.