The latest news in the world of video games at Attack of the Fanboy
January 6th, 2013 by William Schwartz 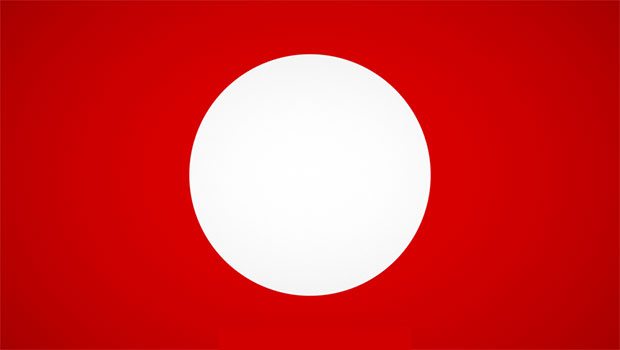 Conceptually, Hundreds on iOS is a simple game that is pulled together by simple mechanics. Tap circles until your score on the screen reaches 100 and you clear the stage. So how does such a simple concept become an addictive and thought provoking experience? That answer is simple as well. Hundreds features a hundred levels, none of which are the same, with each seemingly introducing a brand new way to play, by challenging both your mind and reflexes.

The basic touch gameplay tasks the player with tapping a bubble with the number zero in it. The longer you touch the bubble, the higher the number goes. Your objective, reach 100. With a single bubble this is an incredibly simple task. As more bounding bubbles are added to equation, space becomes a commodity, and bubbles will begin to bounce around the screen at a brisk pace. The challenge is, no bubble can touch anything while being increased. You’ll have brief windows of opportunity to inflate these bubbles and journey towards 100.

As you become more proficient you’ll have to deal with numerous hazards in the game; spinning saw blades that pop your bubbles, ice bubbles that freeze other bubbles in place, and a variety of really thoughtful gameplay design choice that keep the game undeniably fresh for having been built on such a simple mechanic.

Minimalist Beauty: Minimalist use of shape and color are at the crux of Hundred’s simple presentation. Since the game is a learning process, this use of color and shape is your only indication of what any given piece on the screen will actually do if touched. Hundreds also features a low key soundtrack that compliments the pondering of your next move. Overall, Hundreds has a pleasant presentation in both the visual and audio fields.

And Next Up: Hundreds comes packed with a hundred levels that change considerably in each iteration. The introduction of simple field altering shapes is the only real change you’ll see, but they make a huge impact on the way that the game is played. You’ll constantly be asked to change your perspective, hand postition, and way of tackling problems. There a wide variety of special shapes and icons that’ll need to be learned if you want to make it through all of the game’s levels, and if you’re really up for some fun, try doing these same levels with one or more people for a little local co-op. It required team work, patience, and the occasional finger pointing explicative.

The Dynamic Puzzle: Probably the best that Hundreds has to offer is in its many puzzles and their dynamic nature. Combining physics, math, dexterity, and communication if playing with a partner, Hundreds will test you in a number of different ways. Each level won’t always force you to use all of these puzzle solving skills, but the way with which they are distributed always keeps you on your toes. For something that is so simplistic by design, Hundreds can be devilishly difficult, forcing to retry and retry…and retry any given challenge. It’s not quite the infuriating assault against your intelligence and dexterity of Super Hexagon, but a challenging game nonetheless.

Lack of Explanation: Part of Hundred’s challenge is in the game’s indifference in explaining to the player any of its caveats. It’s completely up to the player to figure it out on the fly. New game pieces are simply placed into the game, no explanation as to what they do and how they affect you is given. While this isn’t wholly a bad thing, it just requires a bit of trial and error to figure out. However, some of the bigger parts of the game could use some better explanation. While the game is keeping tabs on you as a player and how you are performing, it never really lets you know why, and why you should strive for the best scores.

Big Screen or Bust: Hundreds can be played on the iPhone or the iPad but it’s much better suited for the bigger screen of the tablet. There’s just really no good way to keep your vision unobstructed on the small screen, leading to needless restarts. Since you’ll need to keep your eyes on a number of different areas, the tablet is certainly the way to go. That’s not to say that the iPhone version doesn’t work as expected, it’s just doesn’t feel as functional or fair. There are also some detection issues on both platforms that are even easier to spot on the phone. With bubbles moving around at a rapid pace, you’ll constantly be tapping away at something that just doesn’t seem to want to respond to your input.

Hundreds is the best game of 2013 on iOS. Will that hold up outside of the first couple weeks of the year? It’s hard to tell, but iOS fans are getting a great start to the new year with this ambitious title. It’s simplistic nature and minimalist style are both easy on the eyes and can entertain for hours on end. There’s not much more you can ask for from a game that costs $2.99, but with the bar consistently being raised by games like this, only time will tell.


Hundreds was developed by Adam Saltsman, Eric Johnson, Scott Morgan and Greg Wohlwend and published by Semi Secret Software for iOS. Hundreds retails for $2.99 USD on the App Store until January 10th, 2013. After that it will be priced at $4.99. Hundreds is a universal app for the iPhone 4+ and iPad 1+ including the iPad mini. A copy of this game was not given to us by the publisher for reviewing purposes.