The latest news in the world of video games at Attack of the Fanboy
March 21st, 2016 by Dean James 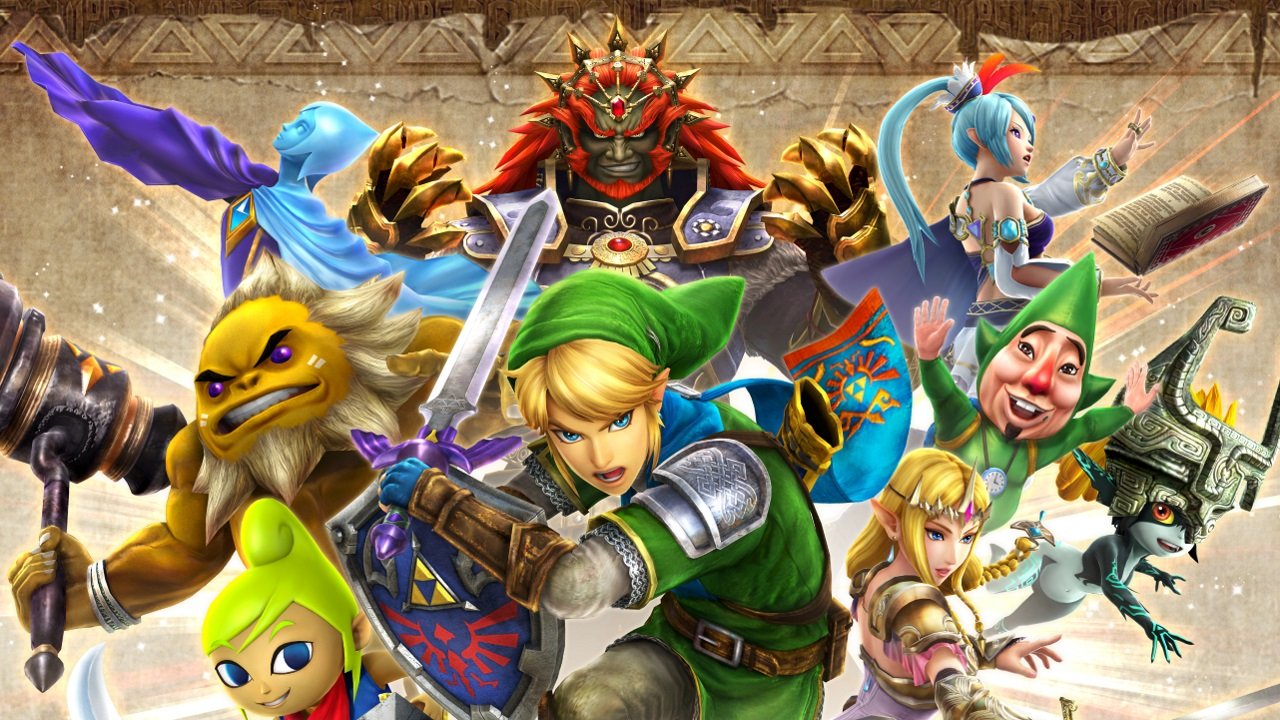 The Legend of Zelda series has had its fair share of surprises over the years, but few were more shocking than the announcement of Hyrule Warriors for the Wii U. Combining the Zelda franchise and Dynasty Warriors gameplay was certainly a risky move for Nintendo as they partnered with outside developers for the project, but it worked out very well, which has now led to the game being brought to the Nintendo 3DS in the definitive version titled Hyrule Warriors Legends.

The Legend of Zelda may have originated on consoles, but the franchise has also managed to thrive on Nintendo’s continuing lineup of handhelds over the years. This makes Hyrule Warriors Legends a perfect fit for the Nintendo 3DS as it takes elements from all throughout the series and brings them together in one singular experience. This includes a lot of little nods to parts of the Zelda lore that fans of the series will really appreciate as well.

The story of Hyrule Warriors Legends is pretty basic, simply serving as a way to bring in characters from all throughout the long running series. Within the Legends mode, you will meet both familiar and completely new allies and enemies as you battle through recognizable locations around Hyrule. Legends Mode was already pretty stout in the original, but this version takes it to another level with even more content via the addition of a few new characters.

After beating the main game, which is the same as before, you will get an epilogue related to The Wind Waker that adds characters like King Daphnes into the mix. However, the best addition here is that of the completely new character Linkle, aka the female Link. The very charming Linkle has her own interwoven side story that is bound to make her a fan favorite following the release of this game. Not only is she a likable character, but she has a very fun base weapon to use in battle with her crossbows. 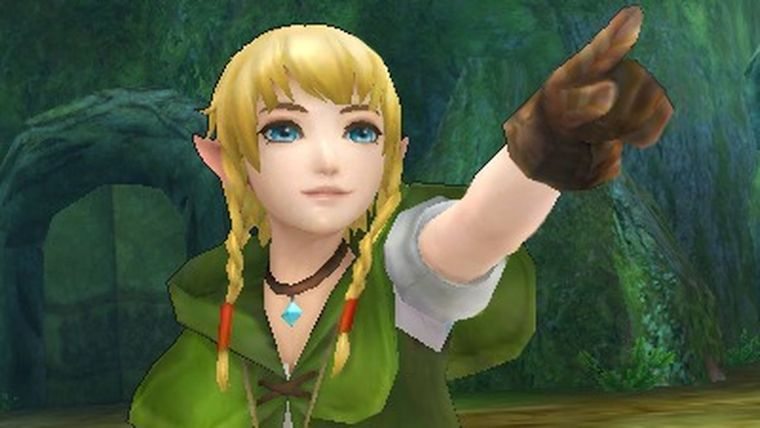 The battle system in Hyrule Warriors Legends is almost exactly as you will remember it from the Wii U version, with you taking control of a select character and having to complete a number of tasks across the battlefield. The combat itself is rather simple, as you will typically be hacking ‘n’ slashing hordes of familiar Zelda enemies as you capture and protect the game’s equivalent of bases. Most of the fighting is mapped to only a few buttons, so it is very simple and won’t take very long to learn at all.

Due to its simplistic nature, the gameplay can get pretty repetitive after awhile, though it being on a handheld certainly works to the game’s advantage. If you ever start to get bored or need a break, you can simply close the system and put it into standby and pick it back up later at the exact spot you left off, which really makes this game a perfect fit for a handheld system.

One of the best new features added in Hyrule Warriors Legends is without a doubt the ability to switch between characters in battle. While playing, the bottom touch screen will show both the map and icons for each of the playable characters. By simply touching the icon for a character, you can either switch directly to that character or order them to go to a certain area of the map. This was one of the most baffling omissions from the original and is even more so now after seeing how effective it can be in action.

While the basics of the combat remain the same between the playable characters, each feels very different from the others due to variations of speed, power, and choice of weapon. Not only will you be leveling up the characters in battle, but also the weapons, including perk slots that can be best suited to particular scenarios. As you play through the game, more weapons are unlocked for the characters, almost making them feel like distinctly new characters. This really boosts the very impressive lineup of playable characters included, especially with the console DLC characters being included from the start in the handheld version. 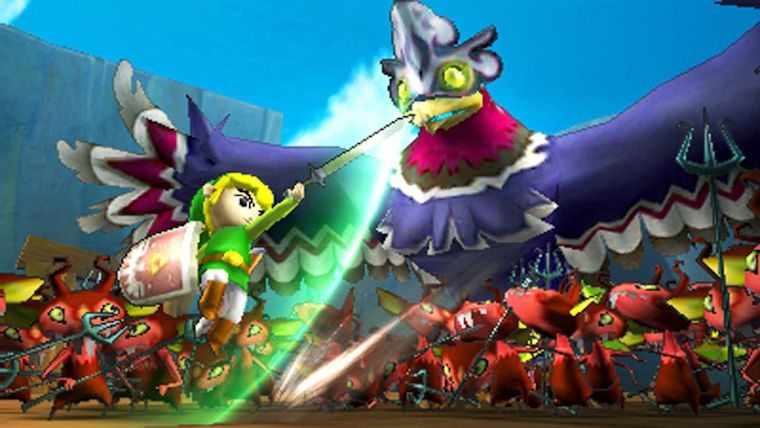 Beyond the abundance of main weapons available for individual characters, there are also shareable weapons and items that you can use in battle. Hyrule Warriors Legends adds a few new ones as well, including the Golden Ocarina, which serves as a fast travel tool on the map. By activating owl statues around the level, you can then instantly teleport to said statues by using the item, though it almost feels like an afterthought due to it not being included on many stages in the game.

Legends Mode is not the only game mode available, as there are two other returning options, along with a new one that ties into an existing mode. The most basic of them all is Free Mode, which just allows you to play the Legends scenarios with any character setup you wish. The much more involved and content filled one is Adventure Mode, which has you traversing an 8X16 grid based on the original NES The Legend of Zelda map as you take on less time consuming missions that provide you with plenty of unlockable items. This one does have some neat tricks to it too, such as needing to earn candles to open secret locations, just like the classic game. While pretty much the same as its console counterpart, this mode is still a lot of fun.

A perfect fit for a handheld system

The final game mode, known as My Fairy, actually ties back into Adventure Mode, where you raise your own fairies that can help you. The fairies can be leveled up and customized to help you in battle, which includes feeding it specific foods to raise it a certain way. There is also the ability to dress the fairies up in costumes for those that wish to do so. This seems to be the game’s replacement for leaving out Challenge Mode, but the game has plenty of content regardless.

Hyrule Warriors looked pretty good on the Wii U, but it certainly wasn’t one of the standout titles visually on the console. Even so, you’d think that a handheld port would be scaled down to look much worse, but Hyrule Warriors Legends actually looks pretty good on the 3DS. The cutscenes look fantastic and nearly as beautiful as the original, though obviously scaled down. Where the visuals do take a hit is on the battlefield and with the character models, but they still look pretty decent for the 3DS, especially when on the move. 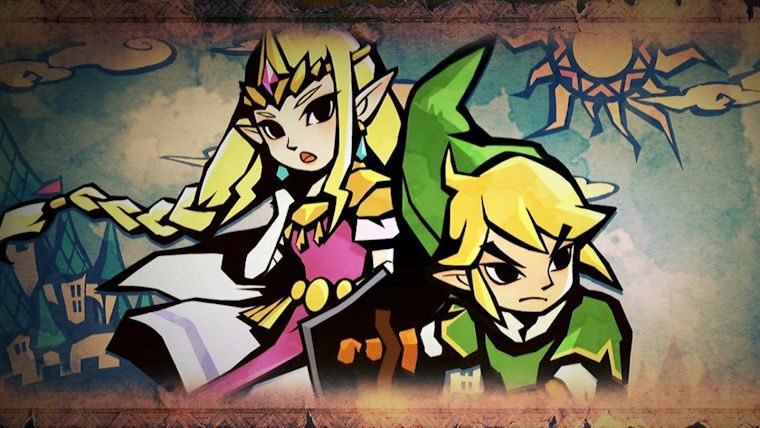 With Hyrule Warriors Legends being ported from a console, it could be assumed that it may not perform as well in handheld form. However, that is not the case at all, as long as you have a New Nintendo 3DS. When playing on the New Nintendo 3DS, the game performs exceptionally well with minimal slowdown whatsoever. The only time there seems to be any lag or frame rate drops comes when having the 3D slider turned up. The original 3DS models are not so lucky, as the game feels sluggish most of the time, which makes it seem like this should have followed in Xenoblade Chronicles 3D’s footsteps and been a New Nintendo 3DS exclusive.

Hyrule Warriors surprised many by bringing the Dynasty Warriors gameplay to The Legend of Zelda series together in a really fun game, which is even better now on Nintendo 3DS. The expanded Legends Mode is a pure joy for longtime fans of the series, with both the addition of Wind Waker and the likable Linkle, and the fast paced battles perform surprisingly well on a handheld, at least on the New Nintendo 3DS. Adding another excellent Zelda title to Nintendo’s handheld library, Hyrule Warriors Legends is without a doubt the definitive version of an already enjoyable game with plenty of content to keep you busy until the upcoming handheld exclusive DLC arrives.