Following the emergence of motion controls with the Nintendo Wii, Ubisoft saw the perfect opportunity to revolutionize the dance game genre with Just Dance, which differed greatly from the popular Dance Dance Revolution of the past. Remaining exclusive to the Wii for the first two releases, the series branched out to other platforms upon the release of the Kinect and PlayStation Move, with annual releases coming ever since. Utilizing the Xbox One’s Kinect for the second time, Just Dance 2015 aims to add just enough to keep the series fresh in its sixth mainline iteration.

Rather than changing the Just Dance formula to a more accessible and cheaper option, as we saw with Dance Central Spotlight last month, Just Dance 2015 chose to stick to what has been successful in the past. At a cost of $49.99, expectations are much higher than with a digital only release, especially concerning the song selection.

Boasting a lineup of 45 songs, Just Dance 2015 features variety all throughout the lineup of tracks. The developer could have picked a much safer list with only the hits you would hear in a dance club. However, the songs chosen are much more versatile and approachable for a number of different audiences.

The game of course includes many current pop songs that most anyone would expect, such as Katy Perry’s “Birthday,” Ylvis’ “The Fox (What Does The Fox Say),” and Icona Pop’s “I Love It.” Just Dance 2015 impresses even more with its surprising additions however, including Frozen’s “Let It Go” and Dancing Bros.’ “Tetris.” Not only are the latter two exquisite choices, but the choreography created for both are spot on, especially with “Let It Go” actually having dance models based on the movie’s Elsa and Anna. 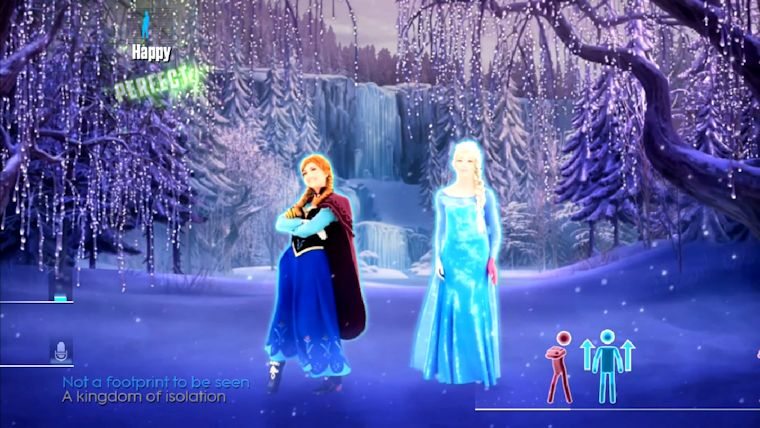 As always, the choreography in the game is top tier in the dancing genre, but it can still be incredibly difficult, especially for newcomers. Introducing a slow down mode within songs, similar to the Rock Band series, is something that the Just Dance series could utilize to better teach the complex moves. Instead, players still have to learn everything at the pace of the songs themselves.

The Xbox One Kinect was a colossal improvement on the original, which once again works exceptionally well in Just Dance 2015. Requiring much less floor space than on Xbox 360 in the past, the new Kinect allows even those in small apartments to dance to their heart’s content without worry of being hindered by a lack of space.

Also featured in last year’s game, Just Dance 2015 allows players to not only dance, but belt out their favorite tunes as well. A microphone can be used, but with the Kinect, anyone can just sing in his or her room without the need of any extra accessories. In an age where Rock Band is currently non-existent, continuing to include the ability to sing in-game is a brilliant move by Ubisoft.

Just Dance 2015 offers a more streamlined menu than in the past, by allowing the player to access the slew of songs instantly after getting past the title screen. In the past, the player would be greeted with menu options, such as World Dance Floor or Just Sweat mode upon starting the game. While the songs are a breeze to access, it can be frustratingly difficult to find certain game modes. 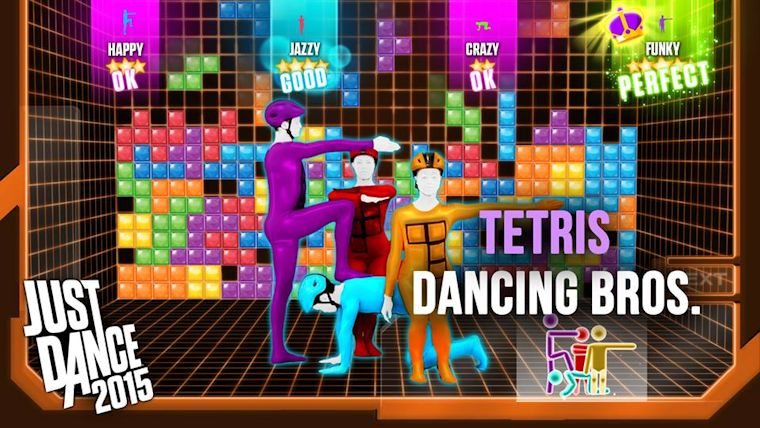 Just Sweat, one of the most useful modes in the past, allowed players to create a playlist of songs, with the goal of burning calories. The name is not only simplified to Playlist in Just Dance 2015, but is also much harder to find than in the past. As a result, many could easily assume that this mode was removed completely prior to happening across it.

Unlike Just Sweat, World Dance Floor is just as easy to find as before by simply moving the cursor to the bottom right of most screens in the main menu. While improved with a better overall setup, the mode remains very limited, as song choice is always dictated by the majority. This is one mode that has the potential to be great, but is still held back once again this year.

choreography in the game is top tier in the dancing genre

Perhaps the biggest addition to Just Dance 2015 is a true online competition option known as Dance Challenger Mode. Rather than dance by oneself or with other in-game models, players can add challengers to every song in the game from all around the globe. No longer limited by the song choices of World Dance Floor, Dance Challenger Mode shines in almost every way.

Truly the only drawback is that these challengers being added are not dancing live, but rather based off past scores. Luckily, this also means they are added almost instantaneously to the game session. Players can also individually challenge one another, bringing even more depth to this new addition.

Ubisoft is very serious about promoting the social nature of Just Dance 2015 by allowing gamers to share their recorded videos either to the Just Dance community only or through social media. These videos can be edited with special effects, such as giving the dancer a large head or even setting the scene underwater. However, none of these are especially innovative or interesting, making it so most of the time they are not worth adding.

The brand new Community Remix feature takes the online integration to an entirely new level, as the recordings mentioned above can be seen by the developers if shared. They will then choose the best clips and edit together full Community Remix versions of songs, with the player dancing to video of actual people, rather than the in-game models. Ubisoft uses this mode to its advantage as well, with one instance of the “Happy” Community Remix featuring a cat clapping, while a Rabbid in costume danced in another. These are all excellent steps to push forward the idea of online play in this growing game series. 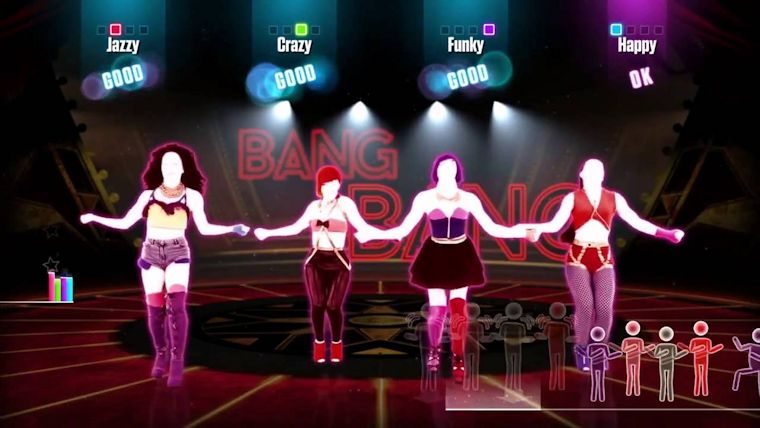 A major extension to the series allows gamers to play the game on Xbox One or PlayStation 4 with the simple download of the Just Dance 2015 Motion Controller App on iOS or Android. By connecting to either system, one can forgo using the Kinect or PS Camera to play, essentially utilizing the method of play that is used on the Wii U and Wii, but replacing the Wii Remote with a cell phone. It may not work anywhere near as well as with the Kinect, but this app integration is a game changer for those that may have bought an Xbox One bundle without the Kinect, who still want to get down to some sick beats on the dance floor.

While not reinventing the wheel, Ubisoft has definitely taken the Just Dance series to new heights with the latest entry in the franchise. With a wide range of songs from many different genres, there is something here for just about everyone, though there is a steep learning curve with the lack of a true in-game tutorial. Dance Challenger Mode and Community Remix are excellent social additions, which is just the direction that Just Dance should naturally grow. Built perfectly for parties, Just Dance 2015 will likely not attract a massive audience of new gamers, but still provides a great product for fans of the series.