The latest news in the world of video games at Attack of the Fanboy
July 22nd, 2016 by Dean James 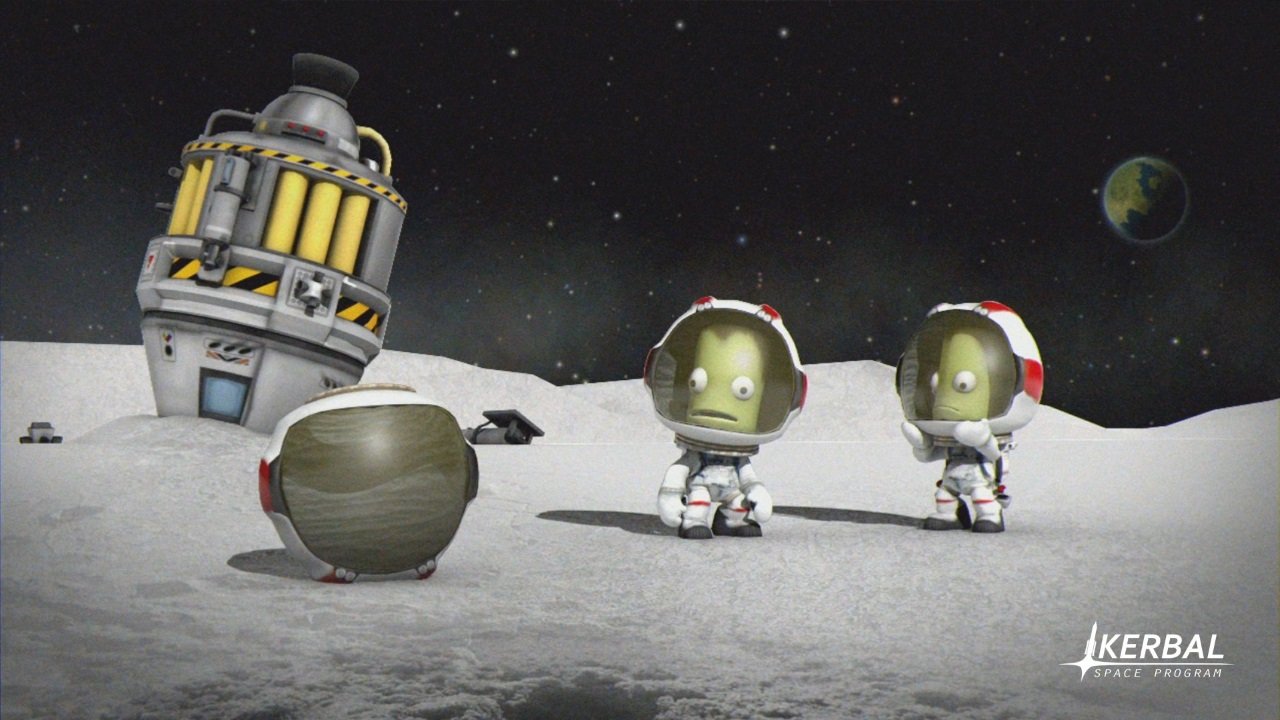 Every kid dreams at some point or another of being an astronaut, or even working for NASA in some capacity, but very few actually get to live out this dream. This is what made Kerbal Space Program so appealing when it launched on PC in 2015 after years of early access. Now console gamers get their chance to take to space with Kerbal Space Program’s launch on Xbox One and PS4.

Simulator style games are known for being incredibly in depth, so that they can feel as realistic as possible. At first glance, one might assume that Kerbal Space Program is just some kid friendly space game with basic controls and game modes, but that couldn’t be more wrong. The almost Minion-like characters found in the game are the Kerbal and you are helping them to build their own rocket ships that they can then fire into space to make it to the Mun, which is much harder than it sounds.

Kerbal Space Program does not cut any corners, as the game is about as realistic a space sim as you’ll ever find. The experience is split into a few different game modes that are tailored to what you’re looking for. There are three specific ongoing game modes that you can try out with Sandbox, Science, and Career, but the game also offers some more accessible scenarios and the all important training sessions. 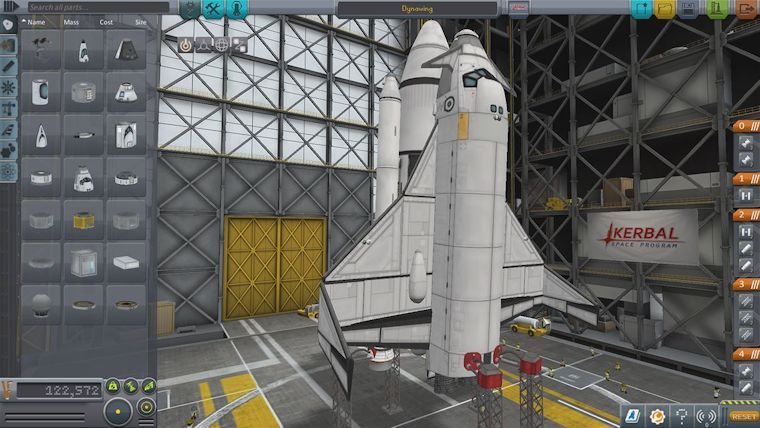 Sandbox mode gives players the most freedom in Kerbal Space Program, as you get to jump right into the rocket ship creation process with pretty much everything at your disposal. This allows players to design the most insane rocket designs that you can imagine, with no restrictions at all, while also being able to just play around more so than any of the other areas of the game, as there are no penalties for crashing your ship and killing the Kerbal inside. The level of options the game offers here is very impressive and it really does show why this is one of the best space sims to date.

For those that want something like Sandbox mode, but with a little less freedom, there is Science mode. Rather than starting with everything unlocked and being able to build your ship with whatever tools you want, Science mode requires you to do research that will unlock more parts to use. Science mode essentially takes the basis of Sandbox and adds a little bit more to it, with the game’s other main mode taking it a step further.

Career mode is essentially what the rest of the game builds to, with you taking control of building your own ship for the Kerbals to take into space. However, Career not only has the science research side, but also actual spending costs that you must earn. To get enough money to get better parts, you must take on contracts, which get better with the Career mode’s reputation system as well. Sandbox and Science are essentially the ways to ease you into the process, but Career mode is the culmination of everything into one game mode. 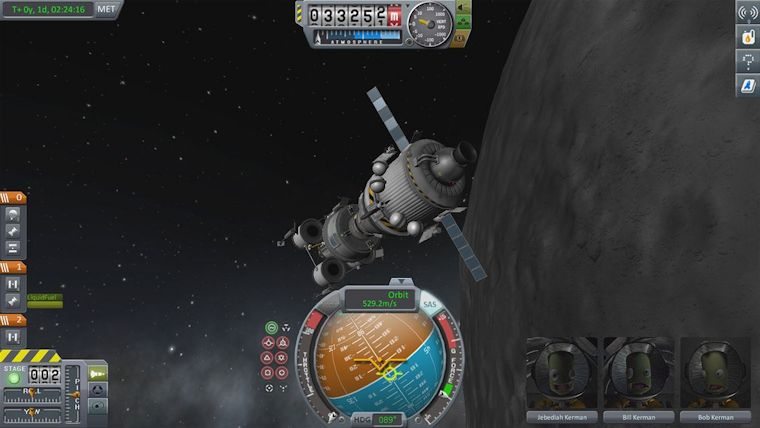 Due to Kerbal Space Program’s penchant for being as realistic as possible, the game is incredibly hard to grasp at first and it can really take a long time to understand everything in the game. The game does add a full set of training missions to help alleviate this steep difficulty curve, but they can even be quite complicated themselves. What doesn’t help here is that there is so much information to teach to players that the game utilizes incredibly small text that can be hard to read, which is a major hindrance for what is supposed to be the game’s teaching tool. The small text can be a problem throughout the game as well, but it is much more problematic here.

Design the most insane rocket designs that you can imagine

Most of the game modes in Kerbal Space Program will require the player to dedicate quite a bit of time per game session, as with most games in this genre, but the game does also offer the more pick up and play scenarios as well. From the start, you have plenty of these that allow players to jump into a specific scenario in the process, such as just flying a ship rather than worrying about building it. These definitely work as a nice change of pace, though players will still need to be somewhat familiar with the game’s controls first.

Simulation style games have always been best built for PC and while that is the case once again here, Kerbal Space Program makes the transition decently well. The game keeps a mouse cursor on the screen as a means of selecting tools and such, though you are now using the analog stick to move it. This can get frustrating sometimes due to the sensitivity of the cursor, but a mix of different buttons and hotkeys can make the experience much smoother. 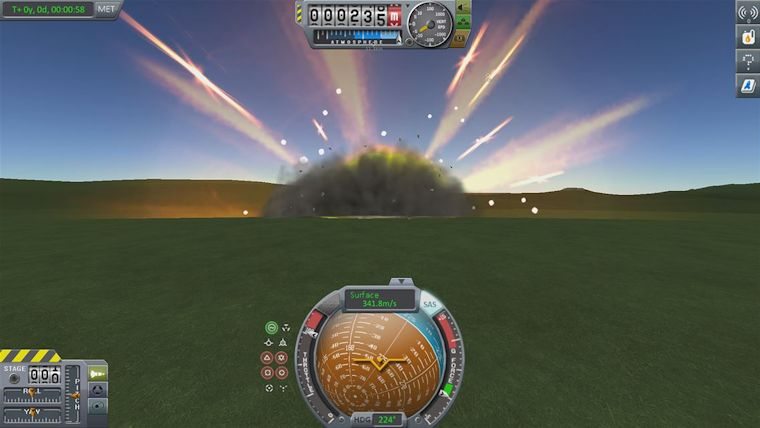 For those that have played Kerbal Space Program on PC, the very basic but still charming game design, particularly with the Kerbals themselves, is still completely intact. Where the game does suffer more on consoles however is the frame rate, though it isn’t something that will ruin your game experience most of the time. The little dips here and there can be a bit of a bother, but the only time it can get really bad is when flying more extravagant rockets, specifically from the free-for-all Sandbox mode.

Kerbal Space Program impressed PC gamers upon its final release last year and now console owners have gotten the opportunity to feel like they work for NASA. The extremely high level of difficulty at the start can be daunting for newcomers, but the level of detail and realism mixed into the building and flying segments make it well worth the time spent learning in Kerbal Space Program.