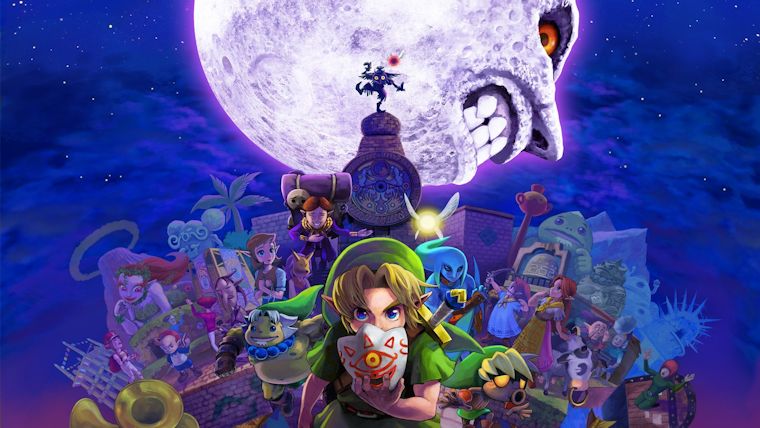 The Legend of Zelda: Ocarina of Time is often regarded as not only one of the best Legend of Zelda games, but one of the best video games ever made. With a short turnaround time and a desire to try something different, Nintendo and Eiji Aonuma followed it up with The Legend of Zelda: Majora’s Mask a little over a year later. After the re-release of Ocarina of Time on the 3DS in 2011, gamers have been anxiously waiting for the vastly underrated Majora’s Mask to gets its time in the sun with a 3D remake and now that time is here. Complete with the original game that fans know and love, The Legend of Zelda: Majora’s Mask 3D returns all the features that made it special, while also making a number of changes to offer a new gaming experience for longtime fans. This results in a game that feels much more like a true remake than merely a revision.

Serving as a direct sequel to Ocarina of Time, The Legend of Zelda: Majora’s Mask 3D has players take control of the same Link that took down Ganon as an adult and was returned to his past timeline by Princess Zelda. Venturing to the oddly familiar land of Termina now, Link is in search of his lost friend Navi. However, he soon comes in contact with the Majora’s Mask possessed Skull Kid and has three days to save this new land.

The Legend of Zelda franchise has always remained rather light in tone but that is far from the case here, which is what really sets Majora’s Mask apart from most anything else in the franchise except for maybe Twilight Princess. A dark tone is present throughout not only the main story, but the many sidequests as well. Seeing the many characters that make up the regions of Termina go from denial that the moon is crashing down to acceptance of their impending death, and all of the steps in-between, is rather special. The Anju and Kafei sidequest is particularly heartfelt to the point that many gamers may be brought to tears, which is hard to believe from a Legend of Zelda game. 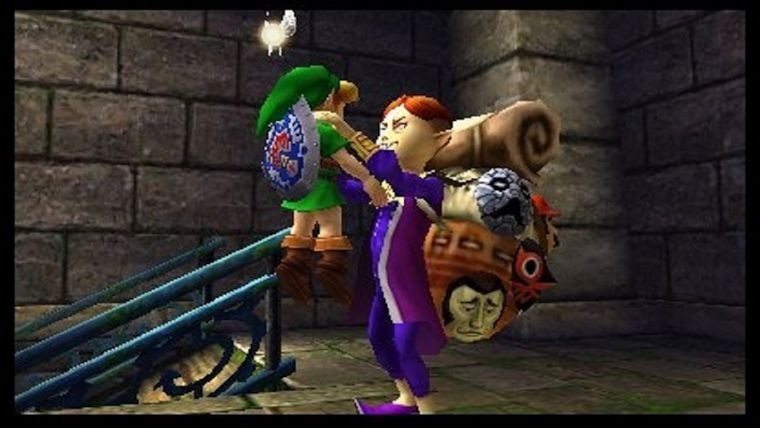 The Legend of Zelda: Majora’s Mask 3D is built around two key elements, the first of which is the ability for Link to use a variety of masks. Consisting of the three major masks of Deku, Goron, and Zora, along with 21 others, this mechanic is what truly lets Majora’s Mask stand out from the rest of the franchise. The masks that are available range in level of usage, with some of them being much more advantageous than others.

Masks like the previously mentioned trio and the Bunny Hood, for example, are especially helpful throughout the game after being obtained, but there are also useless ones like the Couples Mask that would have been nice to have seen improvement upon in this remake. Regardless, the mask mechanic is one of the more intriguing in all of gaming and offers countless sidequests that greatly extend the replayability of the game.

Time plays just as important of a factor in the game as the masks, with a three day time limit looming large all throughout the game. Don’t complete your task in those three days and you get to start all over, with only major changes carrying over as the game requires. While it should never be too much of a problem if you know what you are doing, the requirement of doing some simple quests over and over, such as the Deku Shrub land deeds, can grow tiresome after awhile. However, the time mechanic itself is so creative and well implemented otherwise that it can easily be forgiven.

One of the most annoying aspects of the original was that you could only jump forward in time 12 hours at a time, which led to a lot of unnecessary waiting around for time specific events. That issue has been completely circumvented in The Legend of Zelda: Majora’s Mask 3D, as you can now easily jump forward to any specific hour by using the Song of Double Time. This makes the aforementioned requirement of redoing some tasks much more efficient as a result. 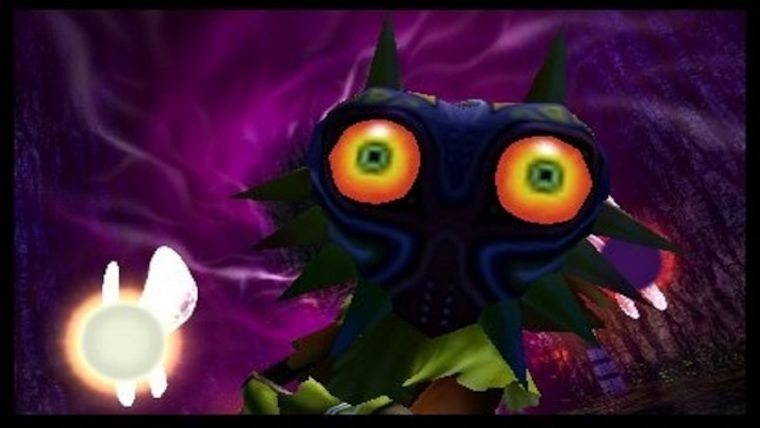 When The Legend of Zelda: Majora’s Mask 3D was first announced months ago, some fans were really hoping to see the inclusion of a Master Quest, as we saw with Ocarina of Time 3D. The difference however is that the Master Quest there already existed and was just upgraded like the original. Majora’s Mask had none before, and no new one was created for the 3DS remake. While this is disappointing to some, Majora’s Mask would have required the creation of a brand new second quest for that to happen. Instead, Nintendo and Grezzo altered the original game in many more ways than they did with Ocarina of Time 3D, giving gamers the definitive version of Majora’s Mask, which is a much better option than that of a Master Quest being added.

The alterations to the original game certainly vary in degree, as there are some that are very obvious and game changing, while there are many that are incredibly subtle to where even those who have played before would not notice. Perhaps the biggest change is to something that was probably the most hated aspect of the original, the owl save statues. Rather than the statues only being used as suspend locations, players can now save their progress at any of these owl statues or new save specific statues, but the latter cannot utilize the Song of Soaring based fast-travel like the owls can.

With the very quest oriented setup found in Majora’s Mask, the original included what was known as the Bomber’s Notebook. While it was mostly underutilized before, The Legend of Zelda: Majora’s Mask 3D improves on the original notebook in spades by making it much more user friendly. This is very helpful for a game that will have you traveling back in time all throughout the game, especially when it comes to collecting heart pieces and masks. The only complaint with this new Bomber’s Notebook is that it does slow the game down when completing quests, but it is not too much of a hindrance. 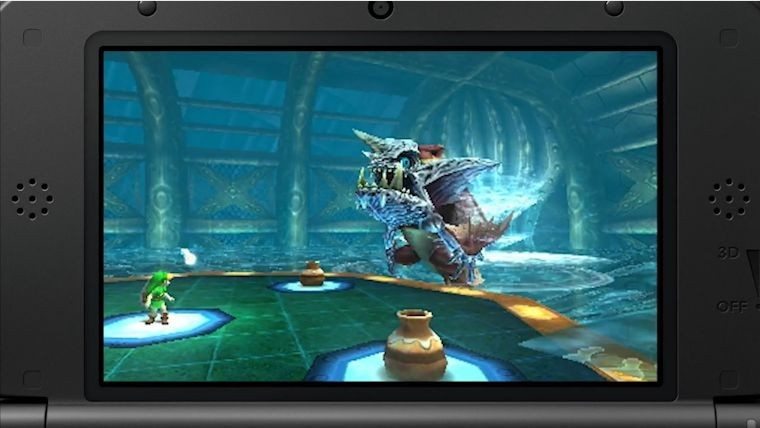 The boss battles are also altered quite a bit in some cases, to the point where a few feel like an entirely new experience. This was a very wise decision, as bosses like Odalwa and Gyorg were exceptionally simple in the original, but have now been altered to better utilize the Deku and Zora masks respectively. With the masks being so central to the game, having them become even more important in a few of the boss battles was a very good choice.

The Goron mask itself has even gone through a little bit of a transformation, by altering the method in which one rolls while using it, but that pales in comparison to another mask’s change. The Zora mask has been modified in The Legend of Zelda: Majora’s Mask 3D to slow it down, which does make use in dungeons and other tight spaces much easier. However, it does tend to take some of the fun away of swimming at top speed all around Great Bay, as now it requires Magic to reach this level of speed.

Swimming around the ocean of Termina was an absolute joy in Majora’s Mask, but the incredibly sensitive analog stick on the Nintendo 64 made it difficult to control at times, which was also the case with controlling Link as a whole. Jumping to the Nintendo 3DS has made all the difference here, as the tighter controls give the player a vastly improved handle over all versions of Link. This improved level of movement helps from the simplistic moving of Link around small platforms all the way to events like the Goron Races.

Also making things easier for the player, The Legend of Zelda: Majora’s Mask 3D utilizes the bottom touchscreen for the inventory, which is exceptionally helpful with the switching of masks. It could have been nice to have seen a few more buttons mapped without having to click the touchscreen, but that comes as a result of the system implemented already in Ocarina of Time 3D. 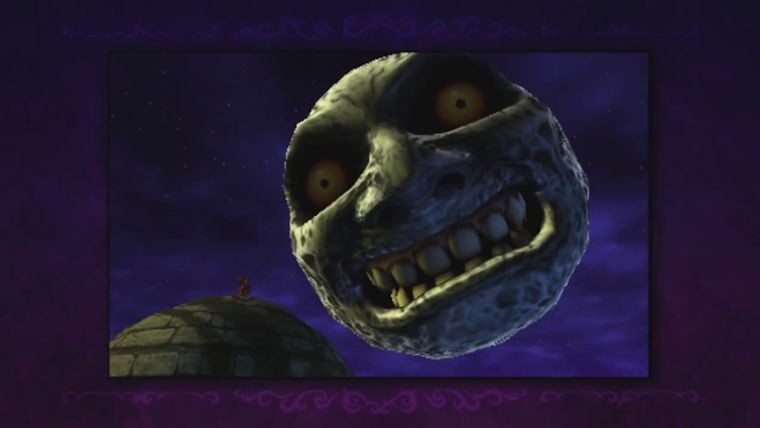 The new inventory screen is far from the only improvement taken from Ocarina of Time 3D, as just like the original on Nintendo 64, the developers had existing assets to use from its predecessor on 3DS. While not anywhere near HD, The Legend of Zelda: Majora’s Mask 3D looks absolutely fantastic on the Nintendo 3DS. More refined and polished than ever, Majora’s Mask 3D is gorgeous with even more improvements graphically than Ocarina of Time 3D had on the same system.