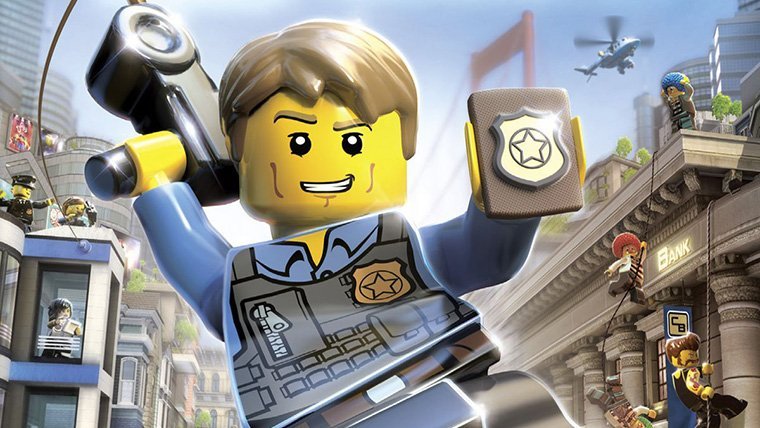 The Wii U never really managed to get a foothold in the marketplace, but it did have its fair share of quality exclusives, a few of which were even from third parties. One of the more surprising exclusives was LEGO City Undercover, which released back in 2013. More than four years since that release, that exclusivity has ended as the Grand Theft Auto like LEGO City Undercover has finally gone multiplatform.

Property rights are often a tricky subject when it comes to game development, but developer TT Fusion has had the opportunity to work with a variety of different franchises over the years, spanning from Star Wars, to Batman, to Marvel. However, LEGO City Undercover was their first foray into an original LEGO game not based on an existing brand.

LEGO City Undercover stars the very charming Chase McCain as a cop that returns to Lego City after reports that the villainous Rex Fury has returned to the city. McCain has an interesting backstory, with him accidentally revealing the name of his ex-girlfriend Natalia during the trial against Rex Fury, which forced her into witness protection. This leads to some interesting twists in the story as McCain has to go undercover to try and capture Rex Fury to end a city wide crime wave. 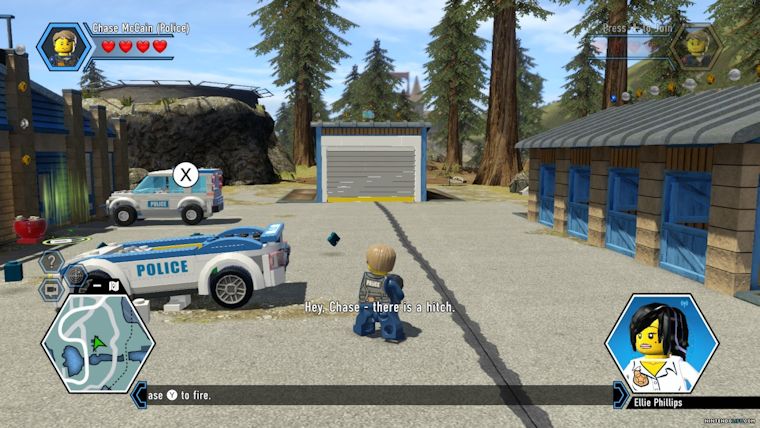 The story itself is definitely right in line with what you would expect from LEGO, with it managing to appeal to both kids and adults alike. There are definitely jokes that feel much more juvenile, but then the game will mix in a popular culture reference that can be appreciated by most everyone. The LEGO games are usually very good at toeing this line and LEGO City Undercover is no different.

The game also features a strong cast of side characters like rookie Frank Honey, pretty much most of which you can unlock and play as in the game as well. However, you will mostly be playing as McCain, who comes with eight different disguises himself that he can use in the game that each have distinct abilities that you will need to advance throughout the game. These disguises range from his police uniform to construction worker and even a fireman. Like the switching between of characters in other LEGO games, changing disguises is very simple to do at any time in the game.

While it may be more of the norm now in the series, LEGO City Undercover features a large open world for you to discover and explore. Featuring more than 20 districts that can be easily traversed with help from your mini-map, this sprawling city was impressive when it released on Wii U in 2013 and still is even now. Throughout this large city, you will often be driving around for various missions with provided vehicles, but like Grand Theft Auto, you can also steal any vehicle you want in the game and use it. There is no shortage of vehicles either, as the game boasts more than 100 different vehicles to try out. 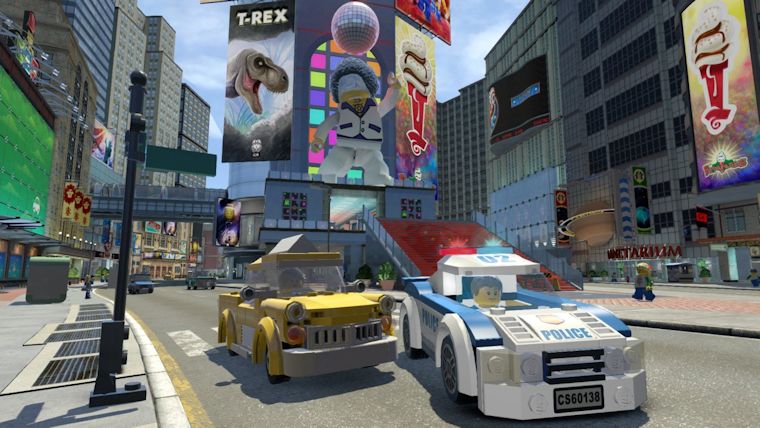 As you advance throughout the game, the core LEGO gameplay you’ve come to expect over the years is present with studs found everywhere in the game. You will also want to destroy most any object that you can tell looks breakable, as this will often provide you with what are known as Super Bricks, larger ones of which can be found elsewhere in the game as well. These must be collected throughout so that you can do Super Builds at certain points of the game, some of which are required to continue and others that just are for looks or provide a collectible of some sort.

Right in line with what you would expect from LEGO

There are also plenty of breakable objects that can then be repurposed and rebuilt into something else that you need. This is where the game definitely falls back on the same mechanics that the LEGO series has been known for over the years, which may be a good or bad thing for you. The basic gameplay can definitely feel repetitious over time, but it is spaced out enough by the exploration of the large Lego City so that it doesn’t feel like quite as much of a problem as it could be.

Even though the game itself may be the same at its core, LEGO City Undercover also has a few improvements as well. Originally running at 720p on the Wii U with insanely long load times, the game has been upgraded quite a bit on the newer consoles. On PS4, the game runs at 1080p with a locked 30fps most of the time when in the city itself, though it aims for something closer to 60fps indoors, which causes some issues occasionally. The load times are definitely still way too long at times, but it’s still an improvement of the Wii U version for sure, making it a smoother game overall. 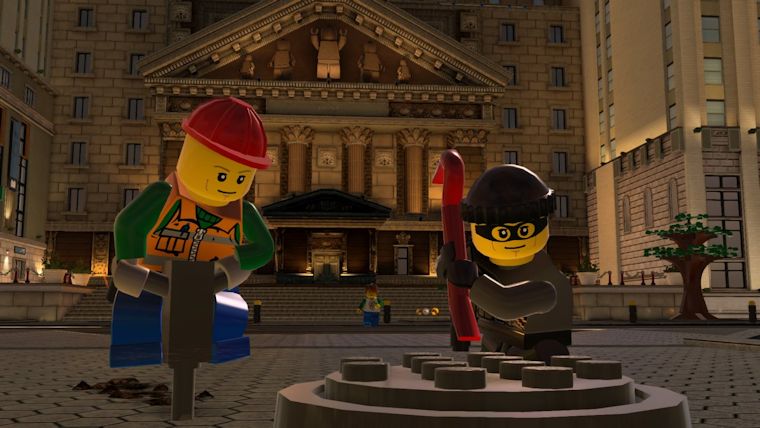 Beyond performance, this new release also introduces a completely new split-screen two player co-op mode. This is a great addition to an already fun game, as local couch cooperative play always adds a new layer of fun to the experience. It is kind of weird that you are both controlling Chase McCain rather than having a secondary character used, but this allows you to both use the different disguises he has at his disposal to advance in the game. The game’s co-op feature is very easy to activate as well, as all you have to do is have someone on a second controller press any button and they will jump right into the action. There is no new content as a result of the co-op, but it’s still a nice feature to have regardless.

LEGO City Undercover was already a great game when it released on Wii U four years ago and this new release takes that and tweaks it just a bit. The overall experience is a little smoother and the addition of co-op is a nice touch, though there’s nothing substantially new here. There may not be much reason for someone who played the game on Wii U to pick it up again, but those that missed out before will want to check out LEGO City Undercover this time around.