Deck Nine's first original entry in the series is a hit. 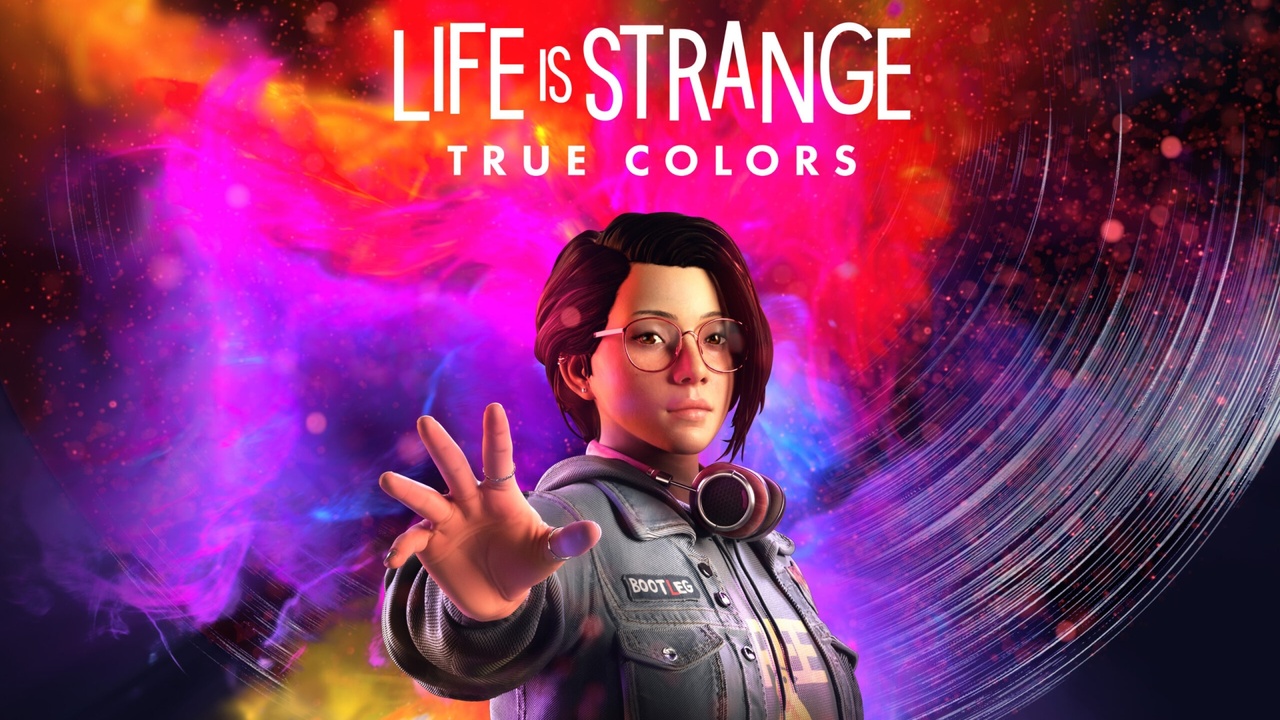 Life is Strange is a very personal series for a lot of people, myself included. Many people have very fond memories of Max and Chloe’s story or Sean and Daniel’s cross-country adventure, which is why the series changing hands is a big deal. Now that original developer Dontnod has moved onto other things, Deck Nine has taken the reins and is here with its first original mainline game. People liked the studio’s first attempt at a Life is Strange game, but how does Deck Nine fare with its first original outing with a brand new cast?

Life is Strange: True Colors places players in the shoes of Alex Chen, a young woman who has the ability to visualize and experience the emotions of other people. Having spent most of her childhood in foster care, she ventures to a small Colorado town called Haven Springs to reunite with her long-lost brother Gabe. She hopes to settle down and start a life in Haven, but in typical Life is Strange fashion, there’s more than meets the eye when it comes to this small mining town. 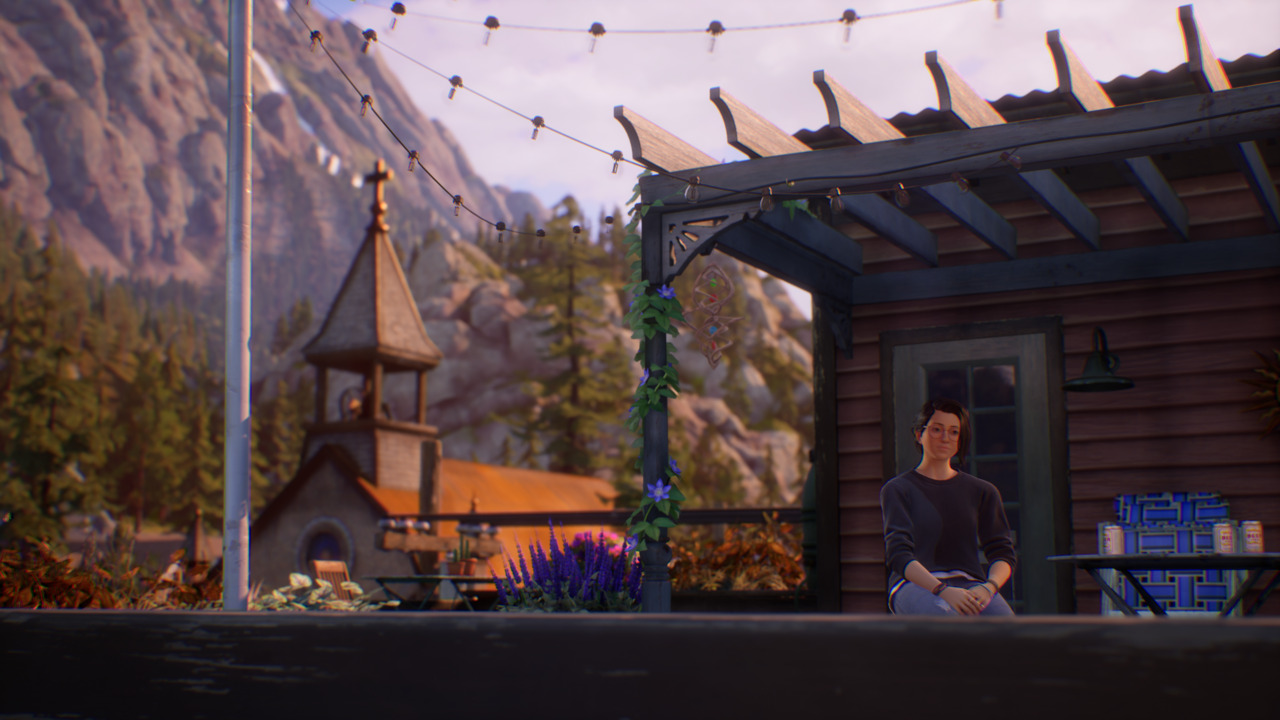 What’s interesting about True Colors is Alex already has experience with her empathy powers. Alex has had her power, if you can even call it that, for as long as she can remember. She gets easily overwhelmed by strong emotions, and that causes her to frequently get into trouble as she’s tossed between foster homes and orphanages. It’s been a burden to her for years, making it hard for her to make genuine connections to people. Alex comes into the game already carrying a lot of anxiety and guilt, and learning more about her past experiences with her power is easily one of the highlights of True Colors.

Being able to visualize other people’s feelings is a brilliant gameplay idea as well. While it may not seem that way at first, being able to see people’s emotional auras is easily the best power in any Life is Strange game. It forces you to make incredibly interesting decisions, and it provides a quick and easy way for you to get to know characters better. Emotional auras can also be seen around objects with strong memories attached to them, which make for some fascinating collectibles. Alex’s power feels seamlessly integrated into the game as if the series was designed around it in the first place. 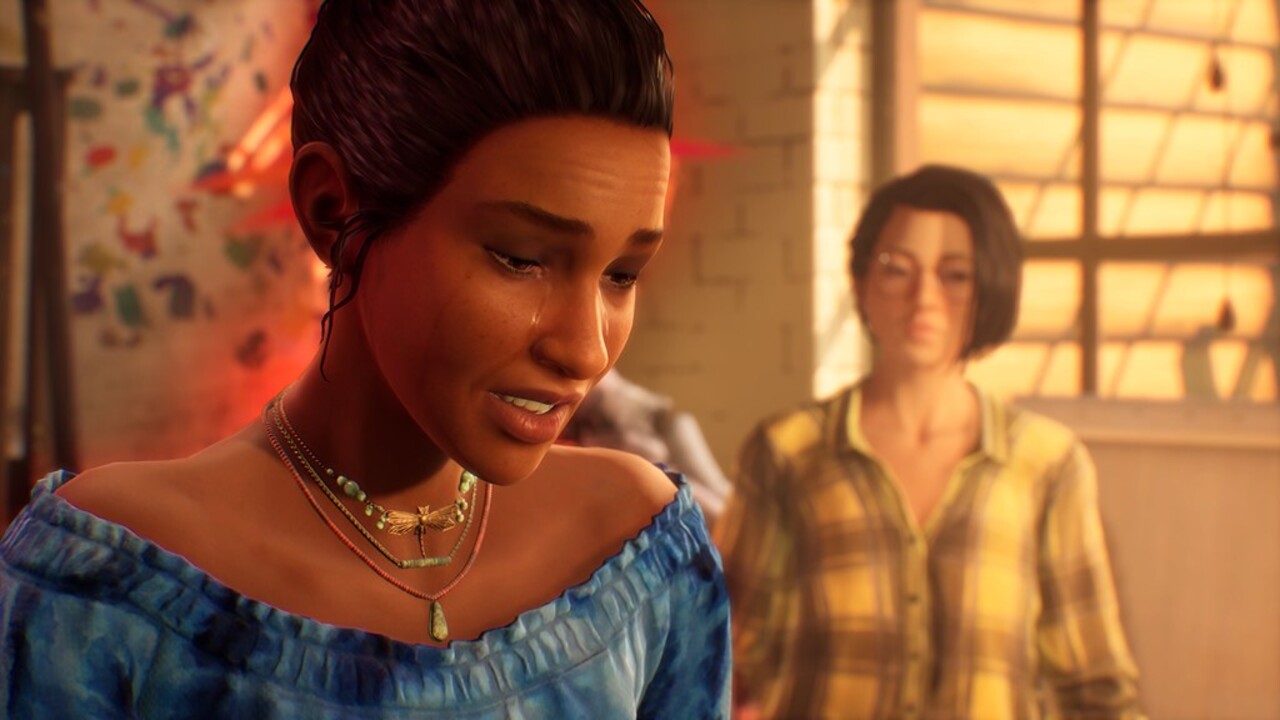 Life is Strange: True Colors also vastly improves on the tech from previous games in the series. There’s now full-body motion capture, a series first, and it goes a long way in making performances feel that much more real. Performances feel much more nuanced this time around, largely due to the improvements in facial animations as well. It’s a huge step up for the franchise. If you’ve played the other games, then you’ll immediately notice the difference.

Environments are also remarkably detailed. There are things to interact with everywhere, and every building in Haven Springs is filled with things to look at. The Black Lantern bar is always bustling and lively, filled with locals chatting over drinks and keepsakes scattered along the shelves and walls. The local record shop is filled with dozens of unique vinyl and posters. It’s a huge graphical leap for a series that really deserves one. 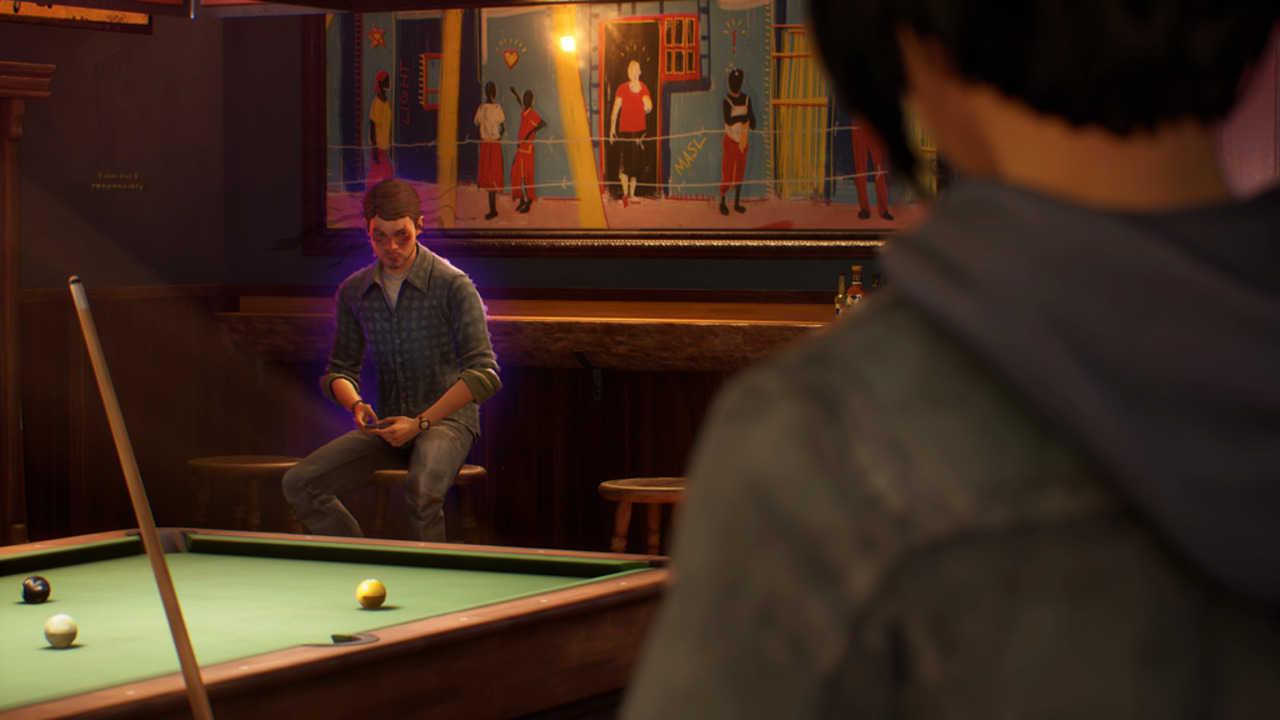 Another first for the series, True Colors allows you to play through the entire story from start to finish on day one. Life is Strange is typically episodic, but now you don’t have to wait for new episodes to release every few weeks. Having all five chapters available from the get-go can make things feel a little rushed though, especially if you play through multiple episodes in one sitting like I did. I got through the main story in a little under 10 hours, but some chapters felt much shorter than others.

The game’s brevity is both a blessing and a curse, though. Because it’s not that long, it doesn’t seem like too much work to revisit chapters and see how other choices play out. I was put off from replaying Life is Strange 2 because of that game’s length, but I actually want to give True Colors another go because I know it won’t take that long comparatively. However, the first time through can feel a bit rushed. 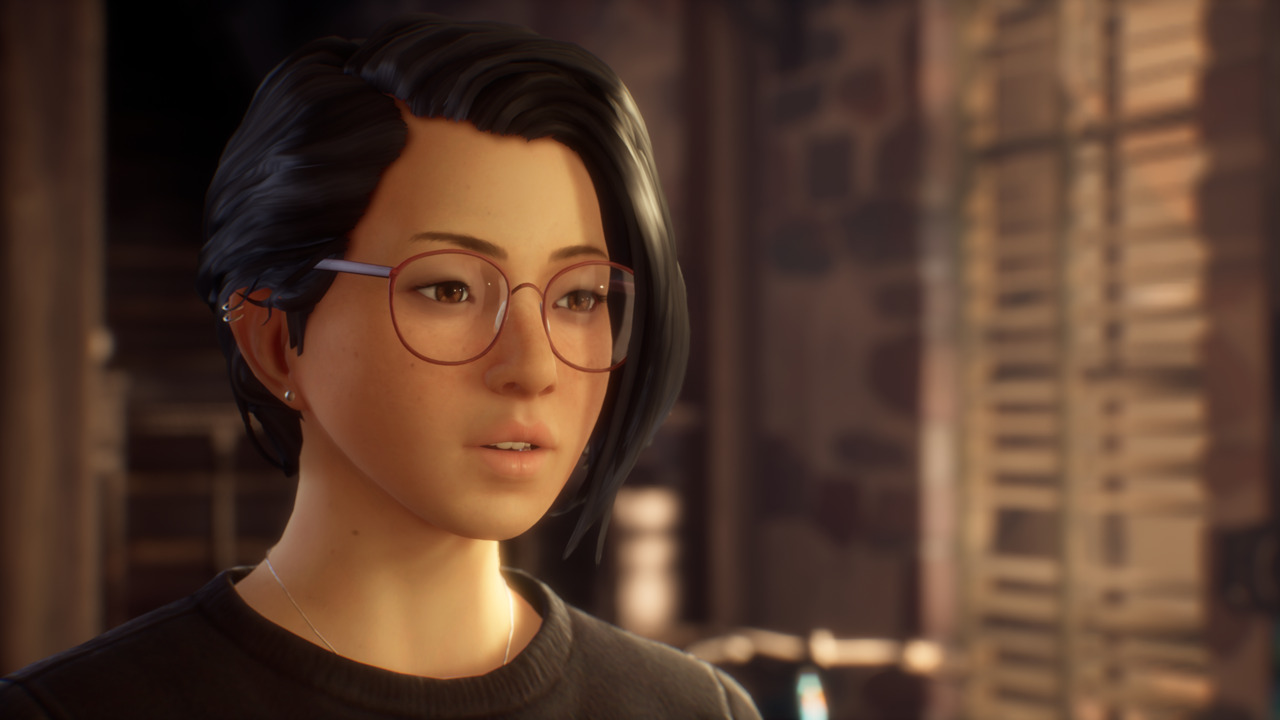 You can pad your playtime by engaging in side stories and exploring optional areas, and this is highly recommended. True Colors rewards exploration. There are entire storylines that are completely optional, and it really feels like you’re missing out on huge story beats by not doing them. The ways you interact with side characters can even partially affect your ending, so walking past that person in a rush to reach the next big cutscene can come back to bite you later. Plus, some chapters can feel really short if you don’t take the time to look around and talk to everyone.

Thankfully, True Colors has a wonderful cast of characters that you’ll really want to get to know. Alex’s friends, Ryan and Steph, are immediately likable from the beginning, and the other citizens of Haven Springs are just delightful. From the eccentric Reginald McAllister the Third (his friends call him Duckie) to the dependable Jed, Haven Springs has no shortage of colorful characters for you to interact with. I think it’s the strongest cast the series has ever had. 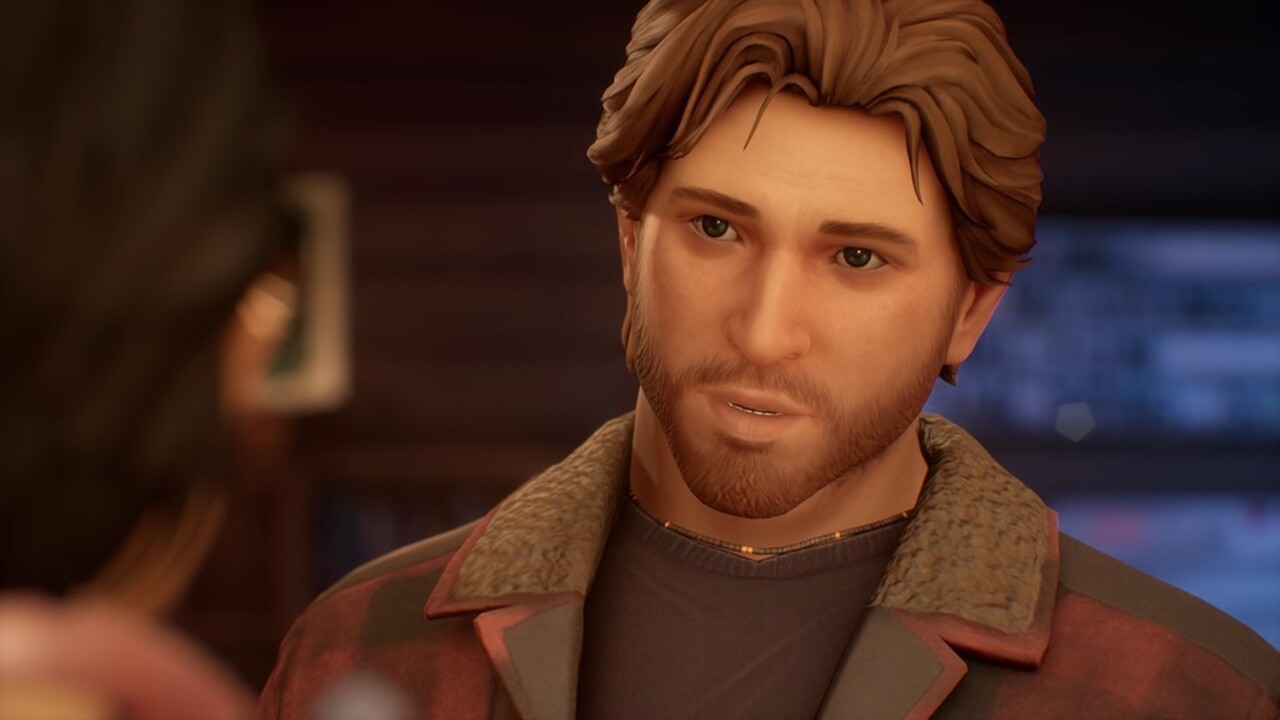 With all that said, Life is Strange: True Colors had me hooked from beginning to end. I didn’t want it to end, and I actually want to replay it to experience other choices. It can feel rushed at times, especially during a select few chapters, but True Colors is a step in the right direction for the series. Having the whole story available at launch is appreciated, even if it does mess with the pacing a bit. If you missed the small-town teen drama vibes from the original Life is Strange and Before the Storm, then True Colors will be right up your alley. True Colors is a big step up for the series and shows that Life is Strange is in good hands with Deck Nine.