The latest news in the world of video games at Attack of the Fanboy
January 23rd, 2011 by William Schwartz 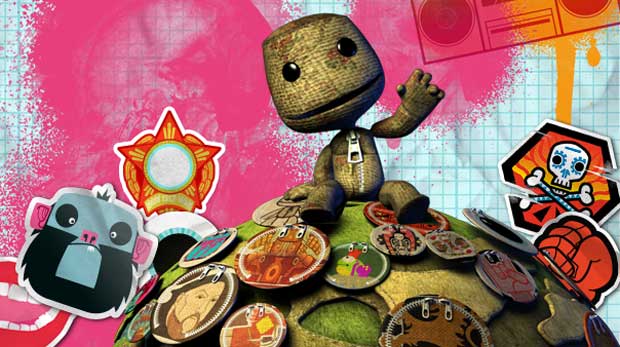 LittleBigPlanet 2 (LBP2) is a puzzle-platforming game for PlayStation 3 with new built-in functionality allowing players to create advanced content, including full-fledged games of all sorts, which can be shared with others within theLittleBigPlanet online network. The third game in the LittleBigPlanet franchise, the toolset within LittleBigPlanet 2 provides players with the ability to easily change the mapping of objects in-game, add abilities and non-player AI characters, create cutscenes, link levels and more. Additional features include backwards compatibility with content created with the original LittleBigPlanet game, a 50 level deep Story Mode and all new platforming gadgets.

Many.  LittleBigPlanet 2 is a multi-faceted game in the guise of your traditional platformer.  LittleBigPlanet 2 alongside it’s core platforming game, includes a creation toolset that allows players to create whatever their hearts desire.  Those same users can then share their creations with the world in LittleBigPlanet 2’s online catalogue which houses millions of downloadable levels created by players of the game.

As much as LittleBigPlanet 2 is more of the same from the original, there are many new tweaks to the gameplay.  The new powerups are incredibly fun.  The grappling gun allows you to swing from designated areas and adds a much needed dynamic to many of the levels in the game.  The Creatinator will have you firing all sorts from the “firearm”.  And to give you an idea of what you’ll be shooting, your first ammunition is cake.  Which is pretty funny.  But it can be anything.  It will be predetermined in single player campaign.  Though in the online world the Creatinator can be used for anything.  Developers can make it shoot any number of items.

The new bounce pad in LIttleBigPlanet 2 also adds some new found toys into the mix.  Robo Bun, a giant bunny robot that can be driven, is among a wide range of these new creatures that will be featured in LittleBigPlanet 2.  There’s actually quite a few new additions to the LittleBigPlanet toolbox.  And as fun as they are to play with in the campaign.  The real fun begins when you take to the online world of the game.

1000’s upon 1000’s of user created levels populate the online universe.  Only limited to your imagination, the world of LittleBigPlanet has some truly creative individuals.  They come up with new and innovative ways to use the tools provided them.  I tried hundreds of these creations, and I can safely say that LittleBigPlanet has a never ending replayabilty factor.   There are over three million user created levels in the database, some good, some bad, but you couldn’t play all of these levels in a lifetime of gaming.

It’s pretty much expected now from Sony.  Their exclusive games have a tremendous amount of polish in the graphics department and are hard to match.  LittleBigPlanet 2 is no exception.  It’s vibrant color, and creative environments are easy on the eyes.  The levels and worlds are made up of unique and distinguishing design elements.  It’s hard not to crack a smile when playing LittleBigPlanet 2 regardless of age or gender if only for the overwhelming cuteness of it all.  The main character, Sack”Thing”  ,is as cute and cuddly as ever, and the cast of characters that you cross paths with throughout the game are equally compelling.

In a game that prides itself in the creative aspects, you can rest assured the character customization options are plenty.  Full costumes or pieced together elements can give you a new and unique version of your sack avatar, whether playing solo or joining in a level with other users on the PlayStation network.

Cooperative play is another element of the game that stands at the forefront of it’s features.  Given the ability at any time to join in with other players in the LittleBigPlanet 2 universe to tackle a level is a nice feature, even if it has some design flaws that I will cover later.  Whether progressing through the campaign or just fiddling around with one of many user created content levels, you are always asked if you want to join others.  Unless of course you turn this option off.

And for the collector, LittleBigPlanet 2 has much to accomplish.  Strewn throughout the many worlds are keys which unlock new gamemodes, outfits, color schemes, and other customizable options.

The sheer creativity of the LittleBigPlanet 2 community is mind blowing. Given the tools provided by Media Molecule the community does come up with some very interesting games to play, albeit still deeply rooted in the LittleBigPlanet universe.  During my review I played some good modes, like a Call of Duty Zombie mode remake, A Street Fighter redux with Rock em Sock em Robot type features, and some very cool platforming segments as well.  If any part of the game is to keep you coming back for more, this is it.  Whether you want to create for others or just play other’s creations.

It is a wonderful feat that Media Molecule’s creation has birthed so many other creations in the Little Big Planet world.  That being said, the community game developers are certainly restricted by the toolset that Media Molecule provides.   The user designed contents are more or less cool extensions to the Little Big Planet world but they are just that, extensions.  There is nothing truly groundbreaking being created, or perhaps I just haven’t found it yet.

I will admit that I didn’t play much of LittleBigPlanet, and I likely won’t play much of LittleBigPlanet 2 past this review.  The reason, past the story I enjoy playing the mini-games and popping online to check out what’s new.  But I don’t have the patience personally to create a “masterpiece”  nor do I enjoy weeding through the bad user created content to get through the good on a regular basis.  Media Molecule does have a great system in place to get the highest rated content at the top of your list.  You can rate user created worlds and leave feedback to the developers.  Media Molecule also has there own personal favorites listed conveniently at the home page for the community section of the game.

I fully expected to be able to use my PlayStation Move to play this game.  And when I heard that this would be possible I became giddy with the possibilities.  At launch the game comes packaged with a 10 level demo for the games that have this functionality.  It’s not even a part of the main game, and it’s completely seperate from LittleBigPlanet 2.  It is accessed from the XMB and it’s rather inconvienient if you ask me.

That aside, since most of the Move content is a cooperative experience I can see why the time wasn’t put into getting it into Little Big Planet 2.  I have a hard time finding cooperative partners on the PlayStation Network that aren’t already on my friends list.  As I mentioned above the game gives you the option to join others that are playing the level.  In a game that is community oriented there sure are a bunch of people that deny you from joining their games. This could be because of the questionable experience in the cooperative gameplay.  The camera angles make it somewhat difficult to distinguish your character from other Sackthings on the screen and this will cause you to fall behind at times.  And if you do fall behind, the game just leaves you for dead.

And with all of the great community built levels, recreations of games old and new, nothing beats the actual game that Media Molecule has created, and the single player mode is very short.  Thirty levels may sound like alot, but most are short and many lack substance aside from being gorgeous.  I guess it’s par for the course in this day and age of gaming but you can breeze through the single player in just a few hours.  There is incentive to go back and improve your scores or find unlockables but the main storyline is extremely short although it’s a great learning tool for the new features of the game.

After all is said and done the brillance of the original LittleBigPlanet is captured excellently in LittleBigPlanet 2.  And that’s just the problem.  Not much if anything has changed in LittleBigPlanet 2.  Many of the flaws like of the controls and physics still rear there ugly heads throughout much of the game.  And with these things left unimproved, the game feels more like an expansion than it does a full fledged sequel.

It’s a paradox, for a game that houses a ton of content and options, the game feels like it lacks substance as a platformer.  Obviously that’s not the whole story with all of the options at your disposal.  It’s almost as if Media Molecule released a version 2.0 toolbox to Little Big Planet more so than a traditional sequel, but then again LittleBigPlanet 2 isn’t traditional.

LittleBigPlanet 2 is all what you make of it.  If you weren’t completely enamored with the features of the first game, you won’t likely appreciate the additions in the sequel.  For me personally I enjoy the designs of Media Molecule and I think they could have done well to include more content from them instead of leaving it to the hands of the community.  But with the wealth of options at the disposal of the community, many levels that are created are completely legit.  Some users create very comeplling content be it a a song, a level, a film , or a versus style mode to enjoy.  This ultimately makes for endless amounts of fun and stylish gameplay and I think at it’s core this is what LittleBigPlanet 2 is all about.