The latest news in the world of video games at Attack of the Fanboy
August 18th, 2016 by William Schwartz 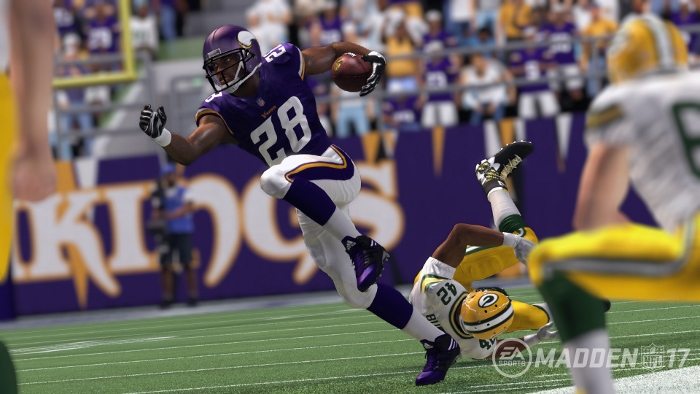 With no competition and very little reason to do much but iterate in most years, Madden NFL football games can be hit and miss.  Some years, however, big changes occur — Madden NFL 17 is not that year. There have been multi-year upswings where the franchise benefits from new hardware, those of which we saw recently with the release of the PlayStation 4 and Xbox One.  We got huge improvements in physics, AI, and graphical improvements that felt like a generational leap.  After those big changes, Madden does mostly become something of a game that is fine-tuned with each passing year.  Sometimes new modes are added, there will be a focus on improvements in a facet or two of the core gameplay, and those steady stream of improvements are what keep fans coming back each year.

Madden NFL 17’s improvements are minimal but smart additions to the game.  There are plenty of things to point to as enhancements to the title, but nothing that necessarily stands out as the feature that you must see in Madden this year.  The modes are generally the same, but within them there have been expanded options and features that haven’t been in previous games. NFL 17 looks and plays pretty similarly to previous iterations, but it’s clear that EA is looking to make the game a little bit more accessible for those that aren’t hardcore Madden players.  As for gameplay tweaks, the running game seems to have gotten the most love in NFL 17.  However, you’ll also find plenty of new skill moves, animations, and small tweaks to both the offensive and defensive side of the ball.

On the field, Madden looks and plays great.  The presentation is still incredible and right up there with the very best that the sports genre has to offer.  An authentic NFL experience is what EA is looking to create with Madden NFL 17 and they nail it in almost every area.  That said, Madden 17 looks pretty much the same when you’re comparing things like stadiums, player models, and the like.  There hasn’t been too much of an overhaul to the presentation in Madden, but I don’t think it needed much of one.  While a lot of the presentation aspects are skippable, when you let Madden NFL 17 play through all of it’s different camera angles and fades, it rivals the experience of watching a live football game.  The broadcast quality is ok, eventhough EA is traded in some well known names for some lesser known announcers.  But things like franchise mode get updated information, evolving from week to week. That said, you still have those awkward moments where multiple character models are doing the exact same generic cheer event on the sidelines, which can certainly break the immersion of the game. Regardless, even these small hiccups don’t hinder what is an impressively presented football experience.

What Madden NFL 17 does do well is attempt to bring people back to the franchise as it has gotten more complicated with each passing year.  Devout Madden players likely have no problems mastering all of the controls for this complex game, but new accessibility features put some things on automatic for less skilled players.  On-screen prompts will help players time new skill moves.  Running lanes, much like you see in a driving game, will also pop up on the offensive side of the ball to let you know where you should be headed when you have control of a player.  The lowest skill levels will even execute special skill moves for the ball carrier without input from the player at all.  There’s always been some things in Madden to help you get acquainted with playing offense and defense, and these features like the “Skills Trainer” return to help you with the basics. 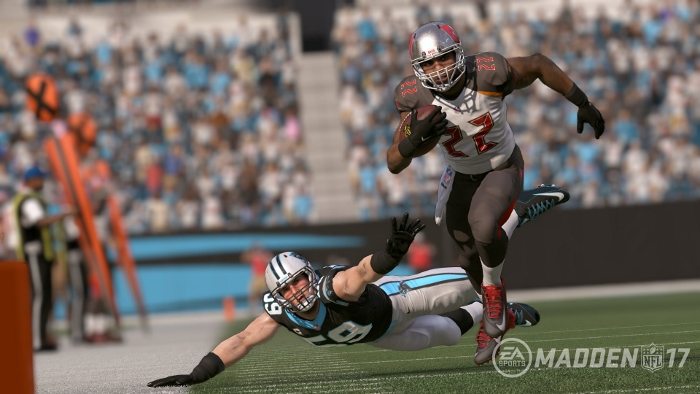 As far as modes to play, again, Madden NFL 17 is pretty familiar to last year’s version.  Ultimate Team, Franchise Mode, and Draft Champions are the big three that will provide the most depth.  While there are also still your traditional Play Now Exhibition and Online Head to Head modes if you don’t want to dig into the more complex managerial simulators. Franchise Mode feels like it’s been streamlined, sticking to the accessibility theme that the game has this year.  It focuses on making “Big Decisions” in steering the direction of your team.   It also lets you “Play the Moments” instead of playing full games, where you’ll take control of the team only in crucial points of the game, where you need a big stop on defense or a big score on offense.  This makes going through the franchise mode faster than I’ve ever seen, while still retaining control of the team.  As the game puts it in the introduction, it’s like the playing the NFL’s Red Zone channel.  That’s not to say the mode doesn’t allow you to have deep control over your team.  You can still earn Xp for your players, even gameplan ahead for each week’s opponent.

Ultimate Team seems to have changed the least.  You’re still building the best team you can by completing challenges, winning games, earning in-game currency, and spending it on your team.  Of course, you can still opt to buy card packs and elite player packs for real world cash.  Some small changes to the mode allow for playing an expanded roster of CPU challenges which are successfully completed as soon as you meet the conditions of said challenge.  If you’ve enjoyed Ultimate Team in the past, EA hasn’t done much to either improve upon or change the mode in any ways that would turn you off of it.

All together, there is plenty to do in Madden NFL 17.  While they’ve long scrapped the lesser modes for what we have now.  The game is poised to offer plenty of replay value for football fans, through football season and beyond.  The Draft Champions mode allows you to put your player picking and team building acumen to the test. While Draft Champions has changed very little, it has an online ranking system that will likely get pretty competitive once the game is released to the masses and football season gets into full swing.  Putting these three modes together along with the standard modes, and there’s a full plate of content to explore in Madden NFL 17.  While some of it may sound daunting for players that may have been away from the series for a while, so much of the game has excellent tutorials to guide you through getting acquainted with the game’s different modes. 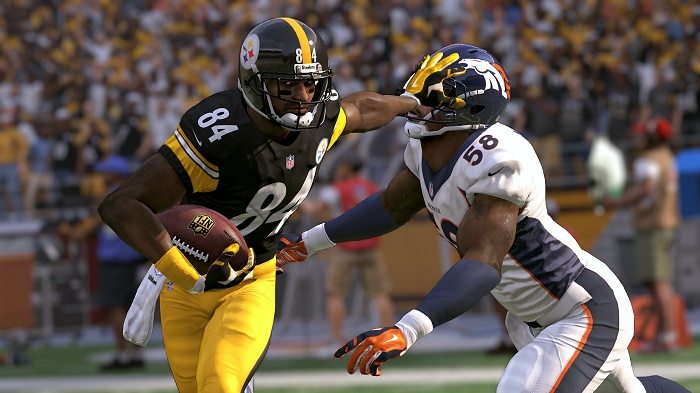 Madden NFL 17 certainly isn’t a release for the series that introduces sweeping changes for the annual franchise. Smart tweaks to familiar modes, a slew of accesibility features, and a presentation that continues to impress, it’s hard to knock this year’s package for what it contains. NFL 17 builds off of the base that we’ve seen established over the last couple of years, for better or worse.