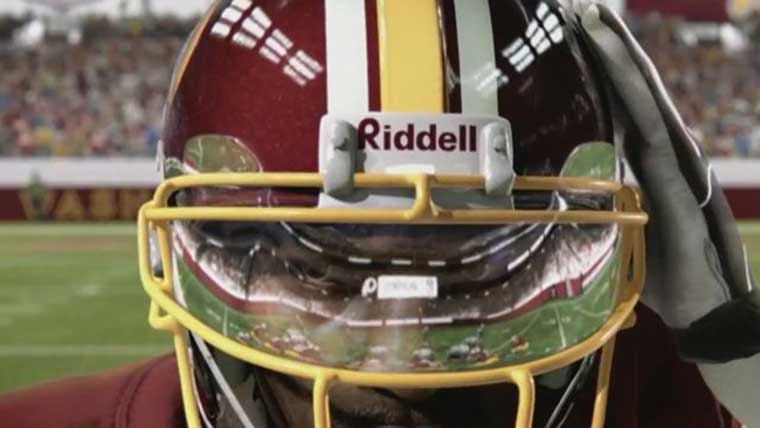 The Madden franchise has probably seen its biggest strides in the last six or seven years. Forget about the transition from SD to HD, that was a big move in itself, but sports games like Madden have never been more realistic than they are right now. Alongside the advancements in graphics, there have been considerable enhancements to the game’s engine and AI which make for some of the most realistic sports action in the history of video games. We’ve got interconnected careers and franchise modes comingling with the online universe, things that were just pipe dream only a generation ago. While these things aren’t exactly new, they’re definitely refined in Madden NFL 25. This is a game that tidies up after last year’s effort. That means that there’s nothing truly ground breaking in this iteration, but it’s a more polished effort than last year, and EA fills all the gaps that were left open in 2012. And that’s saying something. Madden NFL 13 was one of the top rated Madden games in this generation.

So this year is more of an iteration year than it is one that brings sweeping changes.  That’s not to say that there haven’t been big changes made, they are just changes made to parts of the game that were in last year’s game as well. The Infinity Engine has been fine-tuned, as have Connected Careers and the Ultimate Team Mode. A bunch of legendary NFL players have been added to the mix, and Madden NFL 25 allows you to share your coaching strategies with the world. But probably most important, EA has brought the running game back to life with the run free control scheme and precision modifiers. It all adds up to an impressive package in this year’s game.

Last year EA introduced the Infinity Engine and it changed the way that Madden games feel. It gives them a greater level of authenticity that mere logos and player faces can’t give. It made the game feel more realistic, more random, more like a real sport. Unfortunately, last year’s game had some issues in the Infinity Engine that led to some comical animations at the end of plays, somewhat cancelling out all that good math running in the background. This year, that’s all gone, and it’s just solid looking and feeling gameplay. Collisions have a weight to them, and feel better than they ever have in Madden NFL 25. The engine was good last year as well, it just had some awkward issues that obviously needed to be ironed out. They have been.

The Infinity Engine has grown out of its awkward stage

Alongside the phsyics of the Infinity Engine 2, there are a lot more opportunities for spectacular plays on both the offensive and defensive side of the ball. It’s gonna take Madden 25 players a little while to realize just what is possible with the new Run Free control scheme, but it really makes the running game a much more viable option. All your favorite moves are still intact: Jukes, spins, hurdles, stiff arms, etc. But now these moves can be used with a precision modifier, which is used in specific situations to increase the effectiveness of your move and free you to break a long run. You can use the precision modifiers on their own as single moves, or you can chain them in combinations with other moves. It’s not an instant win button by any means, but when you do guess right and pull of the right move at the right time, it’s magical.

Combining these new moves for offensive players with the improved blocking mechanics in Madden NFL 25, and the offensive side of the game has been improved immensely. Each run feels like it has signficance, and the opportunity to be made into a big gain. It’s a big step forward for this aspect of the game. Passing feels pretty similar to last year. Quarterback play is going to feel familiar. Leading recievers and calling audibles is all pretty standard from last year, but the option mechanics have been retooled considerably. You’ll be seeing a lot more read option players in the online modes in Madden NFL 25 this year, and I’m guessing the Pistol Formation will be very popular. Madden NFL 25 isn’t all offensive improvements, but it does seem like the lions share went to that side of the ball. Diving and shoestring tackles have been reworked for defensive players, and its pretty noticeable, but not overpowered. Most of the changes on defense come from new animations on the field, and an interesting new fake-out system that attempts to fool the offensive about what kind of coverage you are running.

On the field, Madden NFL 25 plays exceptionally. No matter what game mode you choose, you’ll be hard pressed not to enjoy your time with the game. Some are more involved than others. Yes, you can still fire up an exhibition mode if you really want to, and test your mettle against the CPU, but Madden NFL 25 has some of the most robust online tools that the series has ever offered. It has games modes that will not only keep you connected, but keep you engaged.

Connected Franchises are probably the most improved feature

Probably the most improved of these modes is the Connected Franchise Mode, which was called Connected Careers. It’s still the same in that it allows you to play through a career with both a player or a coach. These function similarly to how they did in the previous game. You can select a player, and just play that single position. You’ll worry about only your spot, and staying atop the depth chart to keep your starting role, or trying to claw your way to a starting role. You can make a player from scratch, use an existing NFL player, or use one of the many legends that have been added to the game. The RPG aspect of Connected Franchises has players earning XP to be spent to increase their talent level. As a player you can choose to play every down that you’re on the field for. The Coaching Option opens up a little bit more of the classic Madden franchise options. You can control your whole team, and you’re in charge of drafting players and you’re responsible for all of the playcalling on the field as well as keeping your lineup organized.

New in this year’s Madden is the Owner’s Mode in Connected Franchises. Owners mode gives you complete control of every aspect of the team and business operations, right down to the price of concessions at your stadium. This is for the hardcore sim nut, and it’s got plenty to sink your teeth into. You control the coaching staff, you control the players, you control where your team plays, and its jerseys. You literally have your fingers in every aspect of the franchise, and you get to play the games each week. The overall goal is to score legacy points and rack up Superbowl victories.

The three modes are wrapped in a much more intuitive user interface than last year. Everything is seemingly at your fingertips in big and bold windows. You can choose to play these modes by your lonesome, with friends, or even randos from the online network you are playing on if you make your league open to the public.

All of the traditional modes are still there. You can hop online and jump in lobbies looking for a match. You can even team-up and play 3v3 if you prefer. There’s a dedicated hub to foster community growth, there are single player options that allow you to tackle the best moments of 2012, and presumably 2013 once the season gets rolling. There are a ton of different game modes to explore in Madden NFL 25, and there’s a great deal of customization as well. If you want to make your own playbooks, rosters, and settings, you can do so and save them to be uploaded to the new Madden Share center. It’s a free service that will allow you to create and upload settings to share with the community. You can browse other uploads, you can rate these items, and EA says they’ll be curating this content with a “featured” area.

There isn’t much that’s keeping Madden NFL 25 from pigskin perfection. There are some graphical glitches to be found in the cuts to coaches in the in-game sideline shots. And there’s a weird pre-order exclusive unlocks system for some very high-profile legendary players. Depending on where you bought game from, and whether you pre-ordered it, you won’t have access to some of the best players in the game. Other than that, it’s hard not to be a little underwhelmed by the current-gen graphics. The Xbox 360 and PlayStation 3 hardware is getting dated, and Madden has reached its absolute ceiling on these current gen consoles. The good news is, the game’s coming out on the Xbox One and PS4 as well. So should you wait? No, not unless you don’t mind sitting out of Madden until November. With the trade-in deals that a lot of stores are offering, and the upgrade paths to next-gen versions of the game when you buy the current-gen titles, there’s really no sense in not picking it up if you plan to do so at a later date anyway.

Madden NFL 25 is definitely an iteration year. EA’s fine-tuned and polished what was introduced last year, and it feels like one of the most complete packages for a Madden game in the last three or four years. While Madden is usually chocked full of features and game modes, this one seems to pull it all together better than others in recent memory. The UI is intuitive, and that goes a long way in showing you just how much content there is in the game to be played. It’s not going to blow you away with graphics that are better than what we’ve seen in the past, nor is the new engine going to be as big of a jump as it was last year, but it’s notably refined nonetheless.