Hangar 13's second go around with the series. The Mafia series debuted back in 2002, nearly a year after the genre defining Grand Theft Auto III released. The sandbox game may not have reached anywhere near the success of Grand Theft Auto, but it garnered an audience and led to two sequels over the next 14 years. 2K Games releases the Mafia Trilogy earlier this year that included a port of Mafia II, a combined version with DLC for Mafia III, and the promise of Mafia: Definitive Edition to come later. Now that final part of the package is finally ready as Mafia: Definitive Edition has arrived.

Mafia originally released during the PS2 and Xbox era of consoles, with many games from that time not aging very well. This is largely why 2K Games decided to enlist Hangar 13, developer of Mafia III, to completely remake the first game instead of doing a mere port. As a result, Mafia: Definitive Edition is a from the ground remake with new assets and everything, though still utilizing the engine that they had already used in Mafia III. 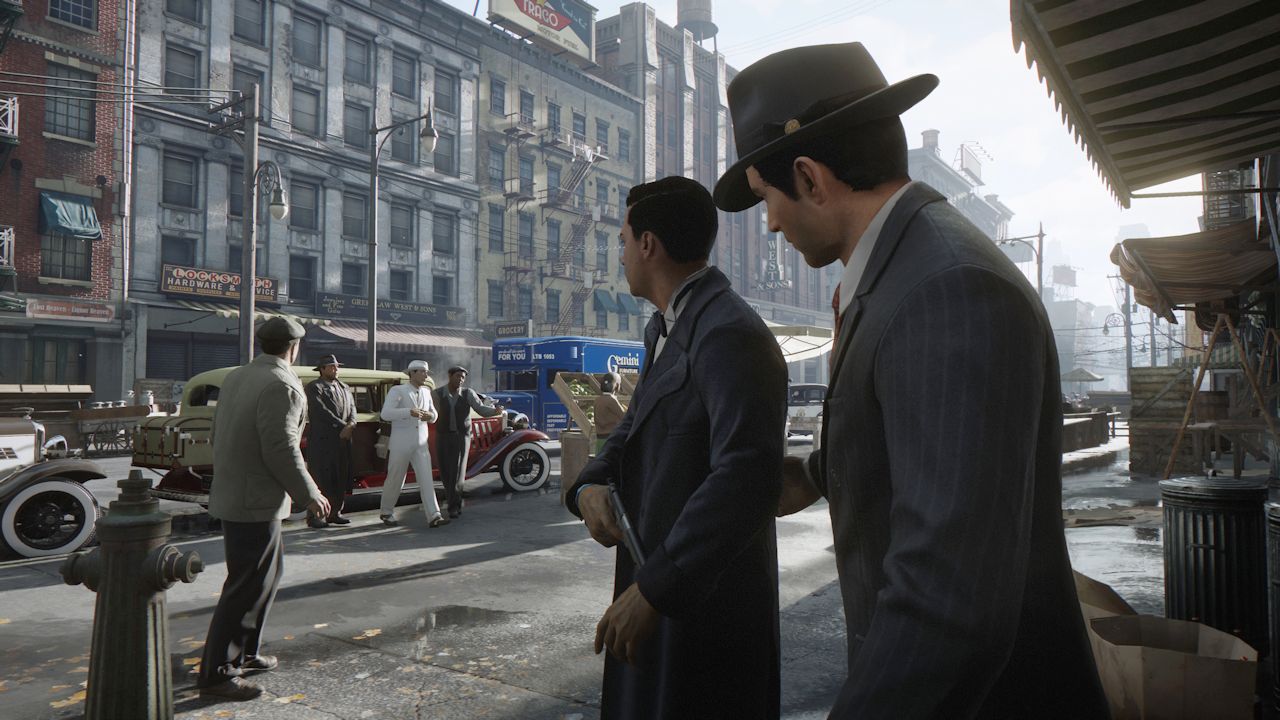 As to be expected, Mafia: Definitive Edition is a massive upgrade visually on the original and really Mafia III by a small margin also. This is seen all throughout the game, with well designed character models and facial animations for the main characters that make the game look much more realistic. However, the developer did seem to cheapen out a bit when it came to various NPCs and some environments in the game. These aren’t always bad, but some appear to be low-texture and almost feel they were as a result of cutting corners when designing the game. The series is also known for having timely soundtracks and this game is no different, including a newly orchestrated soundtrack that is combined with licensed music of the era to really set the mood.

Mafia: Definitive Edition is set in the fictional city of Lost Heaven, which is a cross between New York City, Chicago, and San Francisco, during the height of prohibition. You play as a taxi driver turned mobster named Tommy Angelo, who gets wrapped up with the Salieri Family after his taxi is destroyed. Like the follow-up games, this one features a progression in time over a period of years as the story moves forward, which allows for more growth than it probably would have had otherwise. Also similar to the other Mafia games, the story itself is told through flashbacks, this time when Tommy is speaking with a detective and relaying past events.

The story is told across 20 chapters in Mafia: Definitive Edition, which is a slight change from the original. In that version, there were 21 chapters total, but now two of them have been combined that leaves four chapters per year in the timeline. This really isn’t that much of a difference from the original, as the story is maintained just as it was in the original. The story overall is very captivating and is one of the elements that will keep you playing through to the end credits. 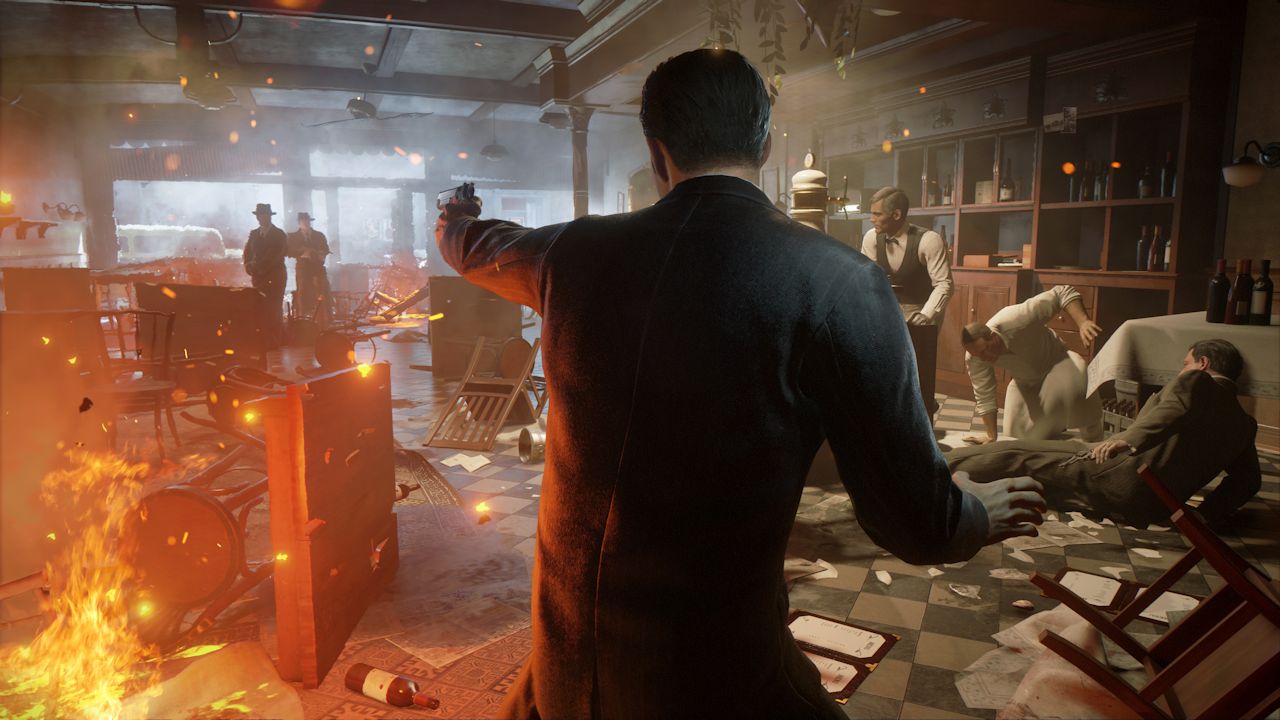 Unlike say the Grand Theft Auto series, Mafia is a lot more linear overall in its execution. While there are places to explore around the large city of Lost Heaven, you will typically just be going from place to place as you complete story missions. This is where you would have hoped that a remake would have come up with some additional missions to keep you busy and extend the overall Mafia experience, but instead it’s pretty much intact as it was before.

For those looking to just explore the city or find collectibles, Mafia: Definitive Edition has its Free Ride mode as well. This isn’t unlocked right out of the gate, but you won’t have to play too far to get access to it. Like with the story mode, it would have been nice to have seen more added into the game within Free Ride. Even so, Free Ride is still enjoyable as a way to check out the city of Lost Heaven in all its remade glory.

The original Mafia’s gameplay by today’s standards would feel very dated, so Hangar 13 has essentially taken the gameplay engine from Mafia III and carried it over into this remake as well. This includes not only much better shooting mechanics, but also cover based mechanics that will make your life a lot easier when in a gunfight. 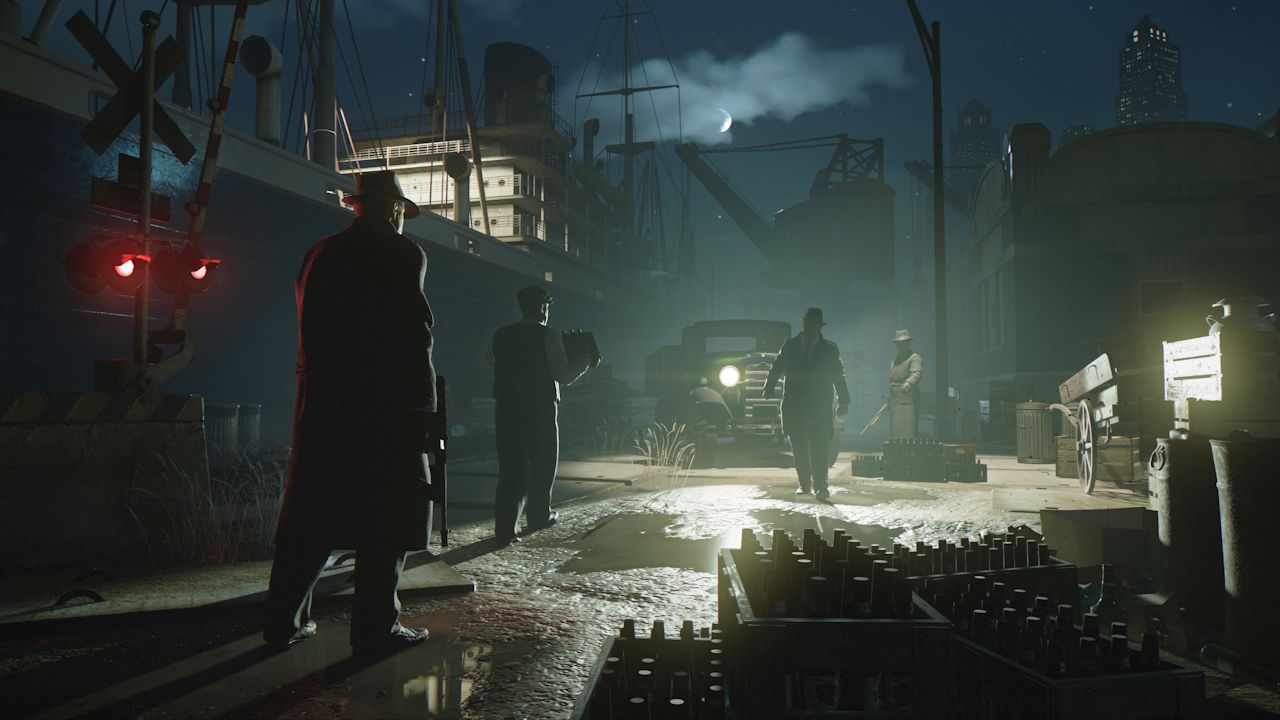 You can’t have a Mafia game without the ability to drive around the city either and Mafia: Definitive Edition is no different. In fact, the game also adds in motorcycles that were not available in the original game as well. Like with the rest of the gameplay, the driving mechanics feel modernized and definitely are much tighter than in the past.  However, vehicle mechanics in games like this are almost always difficult to manage, so don’t expect them to have reinvented the wheel or something. This is especially seen in the infamous race that takes part early in the game, which requires you to come in first to continue. While it won’t help for that mission, one nice feature included is the ability to skip drives when driving from place to play, unless it’s specifically story related.

One of the biggest complaints from some people with the Mafia series has been the way police have been handled, as they would get after you for just speeding or running a red light. Thankfully, Mafia: Definitive Edition has a two option approach when it comes to police. The default option tones this down to where they will only stop you for causing harm, while the other is much more by the books and will stop you for even a traffic violation. When you do get the cops after you, the game has a star rating system that ranks how many of them are after you an to what degree, which is pretty similar to other games in the sandbox style. 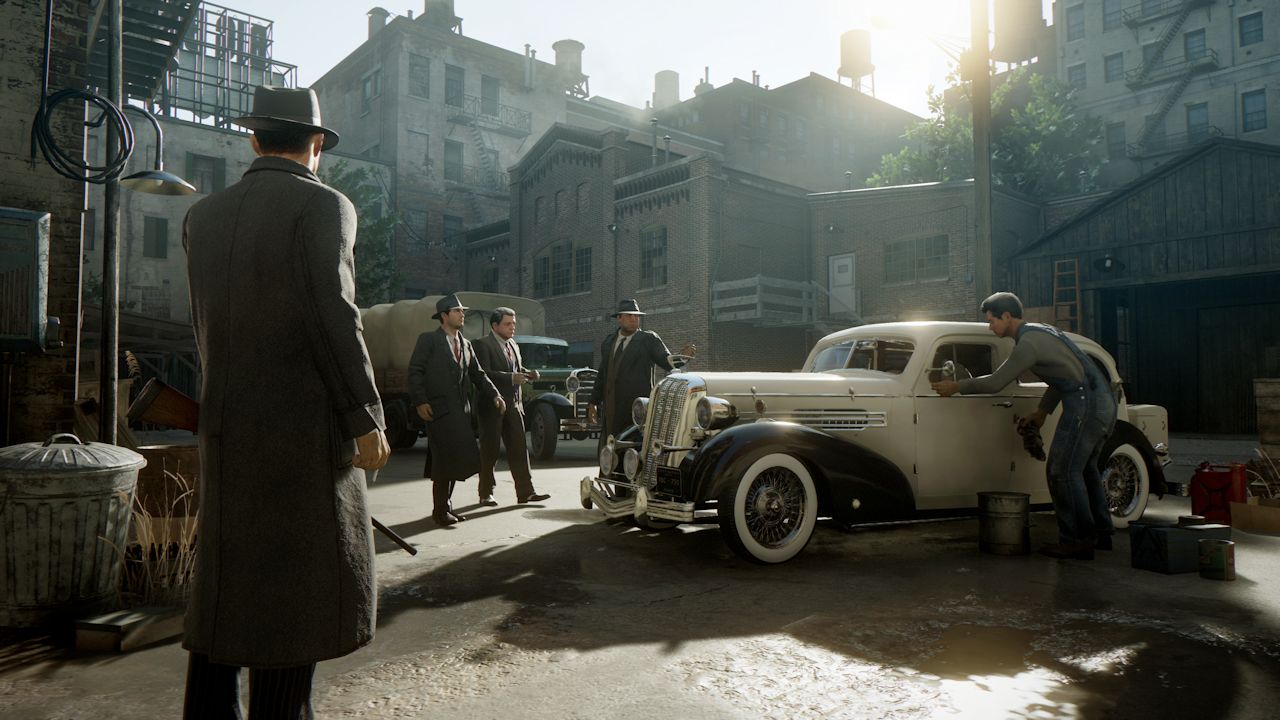 The release of Mafia II: Definitive Edition earlier this year was plagued with tons of bugs, some of which were close to game breaking. The good news with Mafia: Definitive Edition is that there are nowhere near the amount of issues. In fact, any bugs that appeared were minimal at worst and weren’t reoccurring issues. The game seemed to run quite well and ran much better than the simple port that II received.

While still a strange decision to release Mafia Trilogy months ago and make people wait for Mafia: Definitive Edition, the game proved to be worth the wait. It may be far from groundbreaking, but the usage of the engine from Mafia III works well in this game both visually and gameplay wise. Being attractive to both newcomers and those who played the original, Mafia: Definitive Edition is a solid remake that is well worth it for the story alone.

As the title infers, Mafia: Definitive Edition is indeed the definitive version of the classic game, this time with completely redone visuals and updated gameplay that makes the game feel like it could have released today as a brand new game and few would have known the difference.