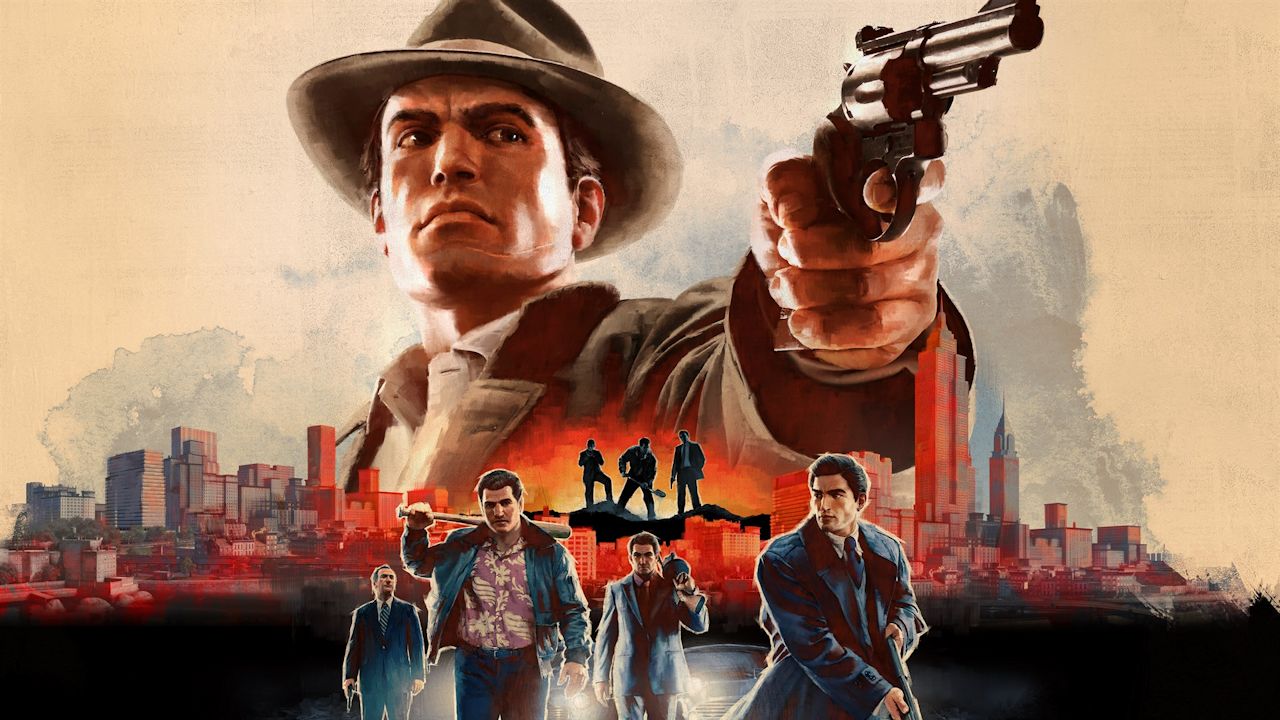 The world was first introduced to the Mafia series back in 2002 following on the heels of the genre defining Grand Theft Auto 3. Taking a more grounded approach, Mafia garnered its own fan base that led to a sequel a few years later in the Xbox 360/PS3 era of consoles. More recently in 2016, a third entry in the series was released, with all three games so far coming from different developers. As the third game was the only one on current generation consoles, 2K decided to release the three again as Mafia: Trilogy, which not only includes the upcoming remake of the first game, but also the remastered Mafia II: Definitive Edition.

While the first Mafia game was set in the 1930s, Mafia II moves ahead to the 1940s in a new fictional setting known as Empire Bay with a completely different cast of characters. You play as recently discharged from the US Army Vito Scaletta, who returns to Empire Bay after two years and has to find a way to make ends meet and pay off a debt that his deceased father left his family responsible for. You are very quickly introduced to a close friend named Joe Barbaro and a number of other associates that introduces Vito to the mobster lifestyle and the many trials and tribulations that come with it over the next few years or so. 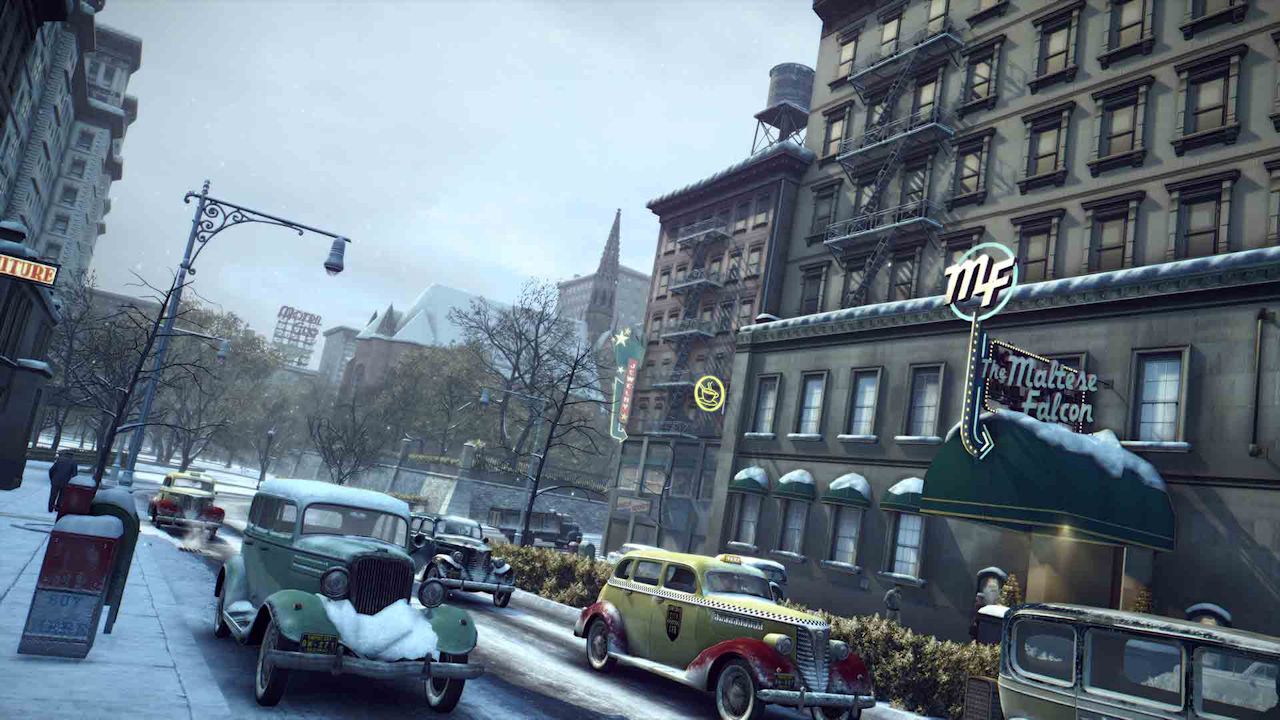 As mentioned, Mafia II: Definitive Edition is set in the fictional city of Empire Bay, which is an amalgamation of multiple real cities like New York City, Chicago, and Los Angeles. Even though Grand Theft Auto V came at the end of the last generation of consoles, you should not be expecting a map anywhere near that size in Mafia II: Definitive Edition. However, the map size was a good size back in 2010 and still works for the game to where things don’t feel too bloated at times. The design of the city itself is pretty typical, but fits the era that the game is set quite well.

Being the Definitive Edition of the game, Mafia II looks better than ever this time around thanks to polished textures and really just about everything about the visual style. While the environments look much more like what you would expect from this generation of games, the character models still feel a little left behind due to their stilted movement and overall last generation look. There are definitely some improvements in this area, but there is still a pretty large gap between the second and third entries in this department. On top of that, there are some problems with loading of textures on time as well, at least in the console version.

For those that have never played a Mafia game before, Mafia II: Definitive Edition is split into multiple different chapters that push the game’s main story along, where you have various missions to complete while trying to stay out of trouble with the law along the way. Unlike many other similar series though, there are really no side missions along the way to take on besides the basic robbing of places and playing keep away from the cops. As a result, this makes the game feel very linear most of the time, even with the decent sized city of Empire Bay surrounding you. The good news here though is that you also have access to all of the DLC that released for the game in the past, which includes some additional story missions as well. 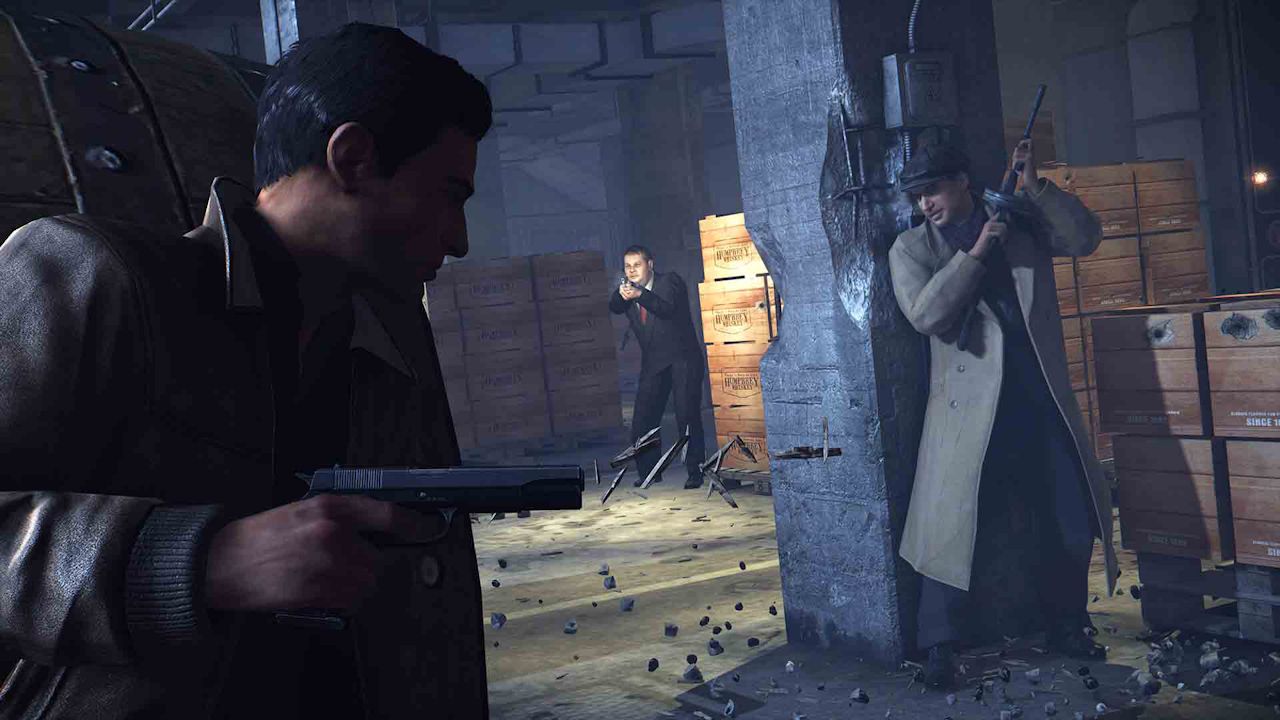 The gameplay in these story missions usually consists of two different parts, the drive to and from a location in a car and then some sort of other on foot segment that leads to gunfights. Driving in Mafia II: Definitive Edition is pretty much as you would expect from this style of game, with the controls feeling a bit dated times, but still working well enough to get you from place to place. The game has its fair share of different vehicles to choose from that you can then take to body shops to change as a way to hide from the cops or just fix up for aesthetic reasons. Driving around is also enhanced with the inclusion of three radio stations that play classic songs from the era, which helps to add to the authentic experience for the time period it is set.

Running into other vehicles and trying to run over people isn’t the only way to get police to get after you here either, as even going over the speed limit around them can get them to try and pull you over, where you can simply pay the ticket if it’s a minor enough offense. This is a pretty neat feature that sets it apart from other series that would not allow you to do this. On the other side, this also means the driving segments are a little more boring, as police are very prone to try and chase after you just when you’re cruising around the town. You can really rack up the stars and wanted level in the game though, which has cops following you like crazy everywhere around the town.

Besides the driving, the on foot segments in the game typically end up with you having to face some sort of enemies in a gunfight, whether that may be rival gangsters or the police. In Mafia II, you have three weapon slots that you can select with the D-Pad, with the fourth direction being your bare fists for melee combat. The game does have an actual melee combat system that occasionally comes into play, but it’s nowhere near as intricate as something like Assassin’s Creed or the Arkham series have done over the years. Gun gameplay is pretty standard fare in the game as well, where you can hide behind cover and then peek out to shoot from a third-person perspective. The game also utilizes some stealth segments as well that allows you to sneak up behind enemies and take them out silently. 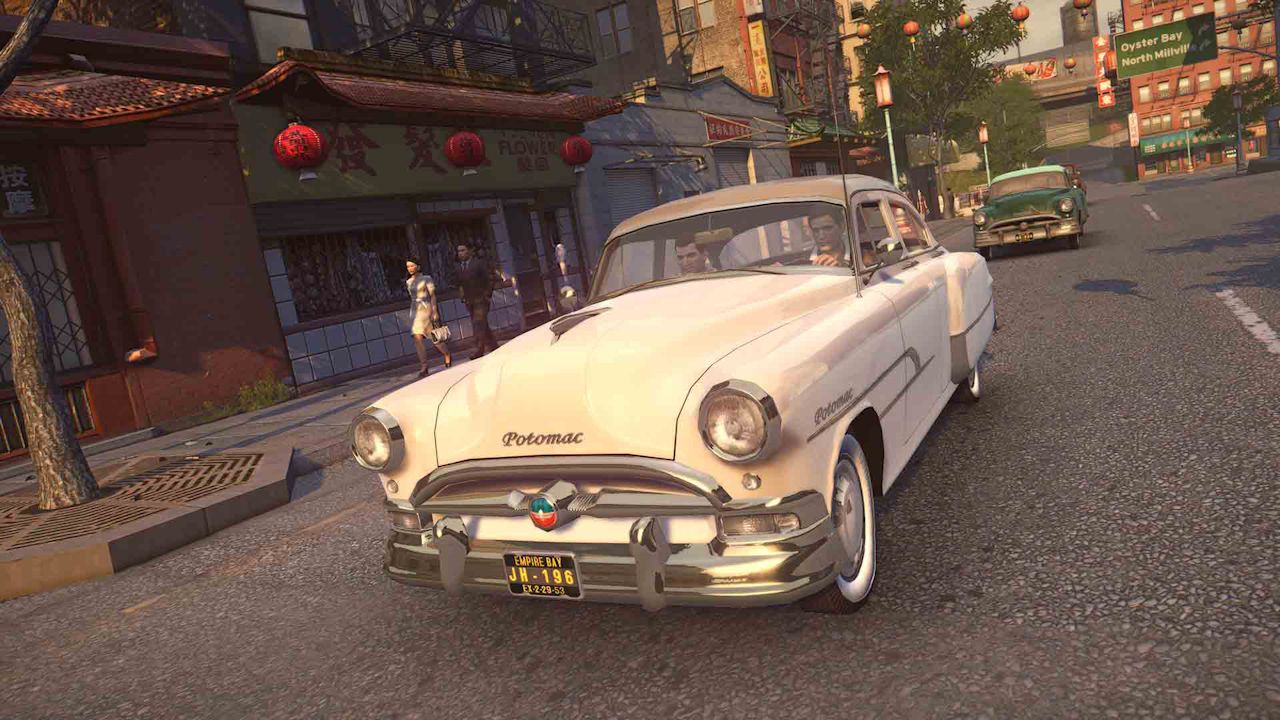 As the original Mafia II was a good game, those elements manage to carry over pretty well for the most part, albeit feeling a bit dated at times. Where the issues really start to arise though are the numerous different bugs and glitches that plague Mafia II: Definitive Edition. These bugs aren’t just resigned to one place in the game either, as they are sporadic and may or may not be found in each playthrough. The aforementioned stealth segments are one area where we ran into more than one glitch, when Vito would try and grab the enemy and seem to completely miss. However, the kill animation would still happen while the enemy would even turn around and look at you before falling to his death without him appearing to be touched.

From there were plenty of other glitches that were more game breaking, such as having enemies get stuck in walls that you need to kill to advance. Thankfully, the few times this happened it was possible to still kill the enemy that was stuck, even if it required backtracking, as he was stuck further back in the stage to where he wouldn’t move to the location he should have at the time. Even worse though are the glitches where the ground would completely open up and have your car fall into the abyss, requiring you to have to go to the last checkpoint. Combining the glitches with the game’s questionable checkpoint positions made this a very frustrating process at times. 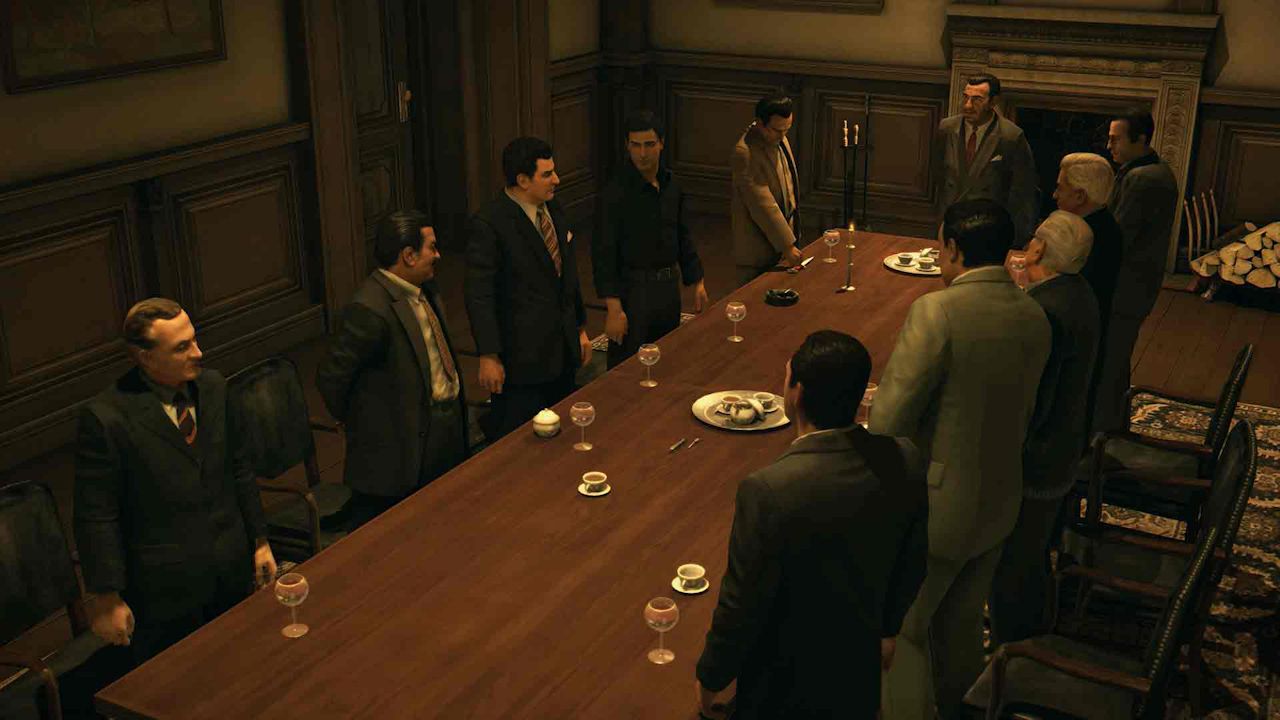 With all of the issues that popped up during the experience, it almost feels like the game was rushed in some capacity, as these type of bugs should have been caught before release. Some of these are just annoying little glitches that you laugh at and move on, while others can nearly ruin the overall experience for you if they keep happening.

Mafia II: Definitive Edition is the very definition of a mixed bag, as it brings back what is a very enjoyable story and overall game while also looking better than ever. Where the problems start to really crop up though are with the countless bugs found throughout the game that can really impact your overall enjoyment if you run into them. Hopefully these are the types of issues that will be patched in the future, so this is one you may want to wait to get at a later date in the event that happens.

Mafia II: Definitive Edition may have definitive in its name, but the numerous glitches that plague it really hold back what is still a good game at its core from truly earning that title.