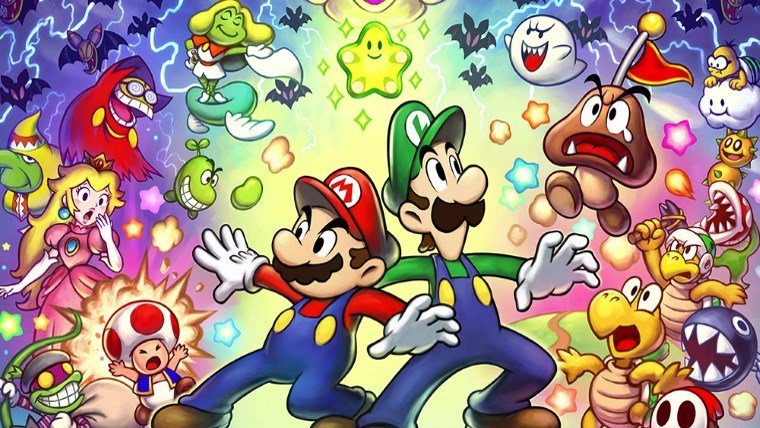 The Mario RPG series has always been a great place for Nintendo to experiment. Whether it’s by shifting their characters into 2D paper, or teaming up with villains, the spinoff is where Mario fans really get something fresh and new. This was especially the case in 2003 with the release of Mario & Luigi: Superstar Saga for the Game Boy Advance. This game remixed a lot of what was previously seen as series staples, and set the stage for a lot of great games to follow. Now Nintendo has set about remaking this classic for the 3DS, adding in a few tweaks and a new story mode. This latest release is not only a great remake, but is a fantastic place to start for anyone who hasn’t made the dive into the Mario RPGs.

Princess Peach is in trouble. Of course, this is how almost every single Mario game begins, but she’s not getting kidnapped here. Instead an evil wizard has stolen her voice and replaced it with explosive characters. Every time Peach speaks she puts everyone and everything around her in danger. This also means that Bowser is mad, since he can’t very well kidnap her if she can blow him up with just a few words. So Mario and Luigi set out to fight the enemy and get back her voice, with Bowser rooting them on and helping whenever he can. 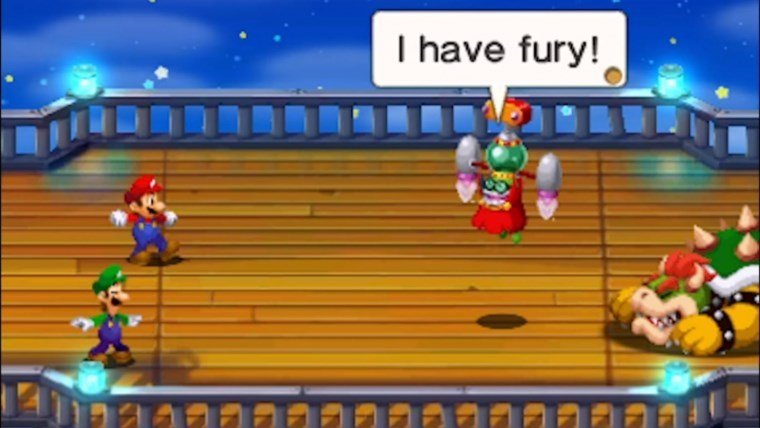 Mario & Luigi: Superstar Saga is a long and rewarding adventure, giving players a fun world to explore full of funny and charming things to discover. The Mario RPG series has usually featured great writing, with an emphasis on comedy that works surprisingly well. That’s true once again for Mario & Luigi: Superstar Saga + Bowser’s Minions on the 3DS.

Mario & Luigi: Superstar Saga + Bowser’s Minions is one of the best in the Mario RPG series

There are some genuine laugh out loud moments within this game. The cost of this is a long and wordy script. We’ve seen this get worse in some of the later entries, and while it’s not perfect here, most players won’t be bothered their first time through the game. Luckily there’s a fast-forward feature added for this new 3DS release, so while you can’t skip the sometimes long cutscenes, you can zip through them pretty quickly, if you aren’t getting into the story.

The main gameplay conceit of Mario & Luigi: Superstar Saga + Bowser’s Minions is that you are always in control of both Mario and Luigi. Mario is controlled with A and Luigi with B. For this remake there are more buttons and the developer has taken advantage, letting players control both characters with X. This helps a lot as later in the game you unlock a bunch of new abilities. The X button lets you still move and jump normally, without having to fiddle with these other abilities.

Using these special abilities, which include a high jump and a tornado that can get you across large chasms, the titular brothers will explore the Mushroom Kingdom on their quest to recover Princess Peach’s voice. The 2D-esque art style is nice to look at, though there will certainly be debates about whether the original sprites looked better. Honestly, the game is colorful and fun, and I enjoyed the design throughout, though some levels can cause confusion as they are presented in 2D but function in three dimensions. 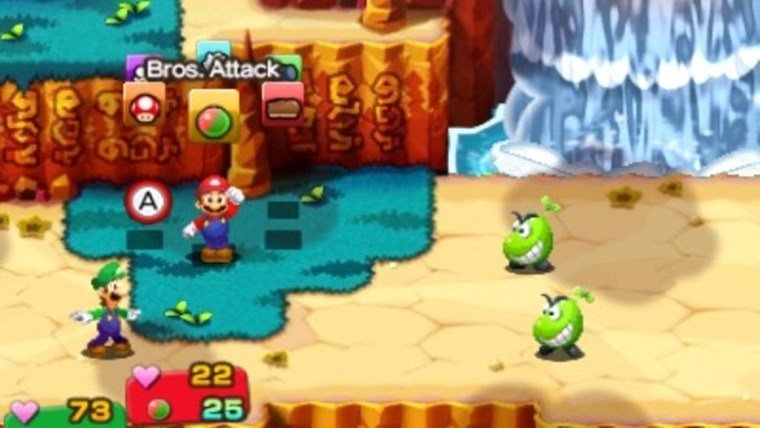 The powers play into this a bit more, as it can be tough to figure out if that whirlwind you are trying to spin into is on the same level plane as you. Overall though the jumping works well and is enjoyable to control. The seemingly simple mechanic of having Mario jump with A and Luigi with B makes controlling them feel great. While the real star is the script and the charming world you get to run through, the gameplay is solid enough to keep players interest throughout.

This is especially true in combat, which takes the turn based system we’ve seen in other Mario RPGs. There’s no stickers or paint this time around, it’s just jumping and special moves, and it feels excellent. Timing is the key, as the player can increase the damage and effectiveness of their attack with well timed button presses. And for the really tough enemies there’s the Bro moves, which require their own points, but deal a ton of damage, when done correctly.

Making this easier in this 3DS remake are the tutorials and optional practice sessions that will teach you each move and how to pull it off properly. Nintendo has become a master at increasing accessibility without affecting the gameplay for players who prefer a challenge. That’s the case once again with Mario & Luigi: Superstar Saga + Bowser’s Minions as each change is an option, rather than dumbing down the whole experience. 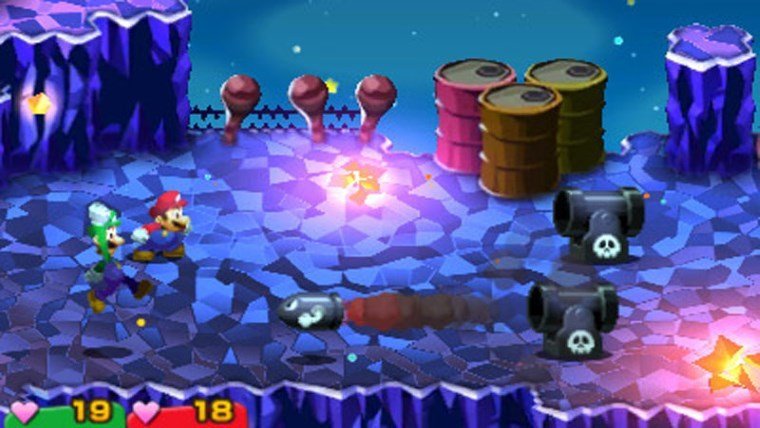 For those who have played Mario & Luigi: Superstar Saga on the Game Boy, there’s a lot to bring you back. The bottom touch screen offers better controls, and an always-on map. The real big addition is the Minion Quest mode that’s been added in though. This tells a side story of a Goomba, along with more of Mario’s villains, as they try to rescue Bowser.

The gameplay here is totally different, with players choosing the fighters from among Bowser’s cavalry. Once the fight starts it’s mostly automatic, as you’ll wait to see if you made the right choices. You can influence it though, issuing commands to try to turn the tide of battle. Overall Minion Quest is a nice addition and offers some fun gameplay, but isn’t worth more than an offhanded mention for those who are looking to buy Mario & Luigi: Superstar Saga + Bowser’s Minions. It’s a bit of fun, but it’s short and not all that robust, and the more passive combat isn’t that enjoyable.

Mario & Luigi: Superstar Saga + Bowser’s Minions is one of the best in the Mario RPG series, and this 3DS remake only makes it better. The story, characters, and world are all a blast to explore, and longtime Mario fans will love every second. The combat is great, if a little simplistic, but the script is the real star. The new Minion Quest mode is a fine addition, but not worth much more than a passing glance. Still, if you have enjoyed any Mario RPG before, this is a definite buy, and if you haven’t then it’s a great place to start.