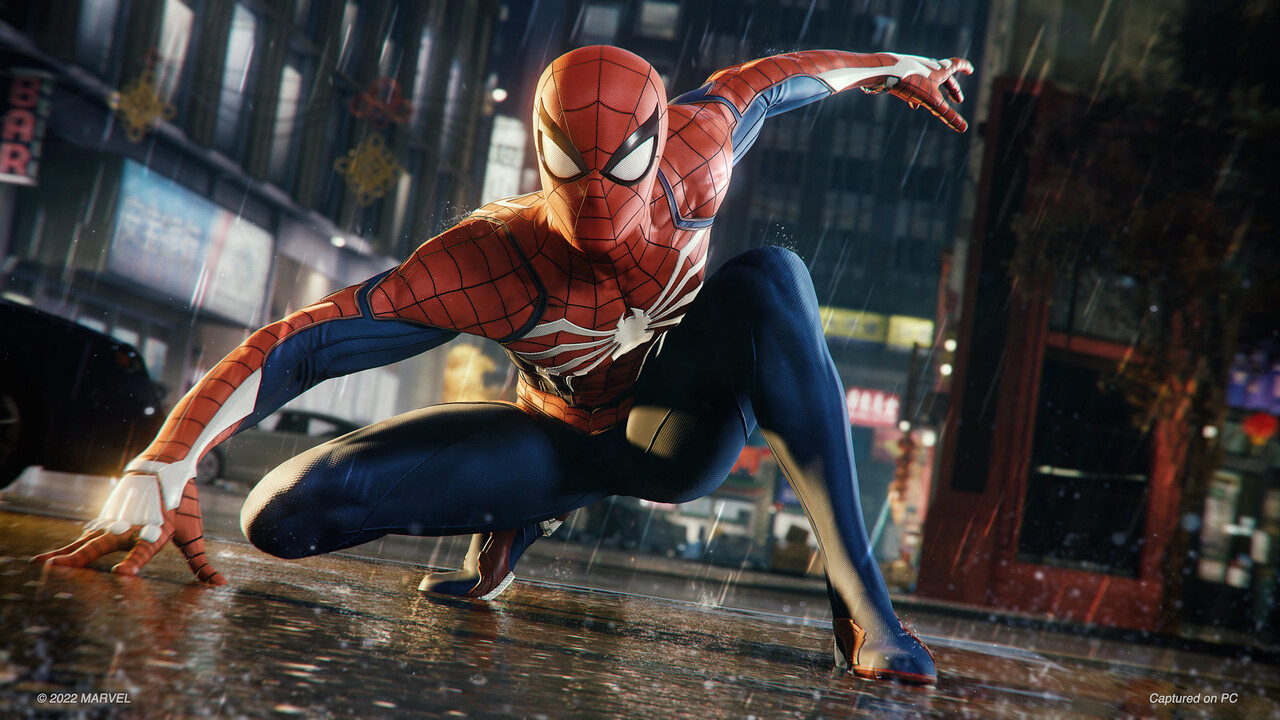 Just a few short years ago, most people would’ve laughed in your face if you told them that waiting for first-party PlayStation games to come to PC was a viable strategy instead of just buying a PS5. Now, several of Sony’s heavy-hitters are top-sellers on Steam with many more to come in the near future. Horizon Zero Dawn, God of War, and Days Gone all sold remarkably well on PC, but there was one PlayStation giant that I thought would never, ever see a Steam page: Marvel’s Spider-Man.

Sure, Sony has been getting increasingly aggressive with its PC push, putting more and more iconic franchises like Uncharted and now The Last of Us on PC, but Spider-Man felt untouchable. Even if big PS5 exclusives like The Last of Us Part 1 and Uncharted: Legacy of Thieves Collection were getting PC announcements alongside their initial PS5 reveals, Spider-Man felt like it was the game that was selling PlayStation consoles faster than any other.

Putting Marvel’s Spider-Man (and later Miles Morales) on PC so soon is a power play for sure, and along with the acquisition of Nixxes last year, it shows that Sony is committed to the PC platform as a true alternative to their own PlayStation ecosystem. It’s unlikely that PlayStation first-party games will ever come to PC day and date like Xbox Game Studios titles do, but Spider-Man arriving with a bunch of fancy PC-specific bells and whistles on day one — DLSS, native 21:9 and 32:9 support, Steam Deck support, and raytracing to name a few— shows that PC ports are more than an afterthought for Sony. 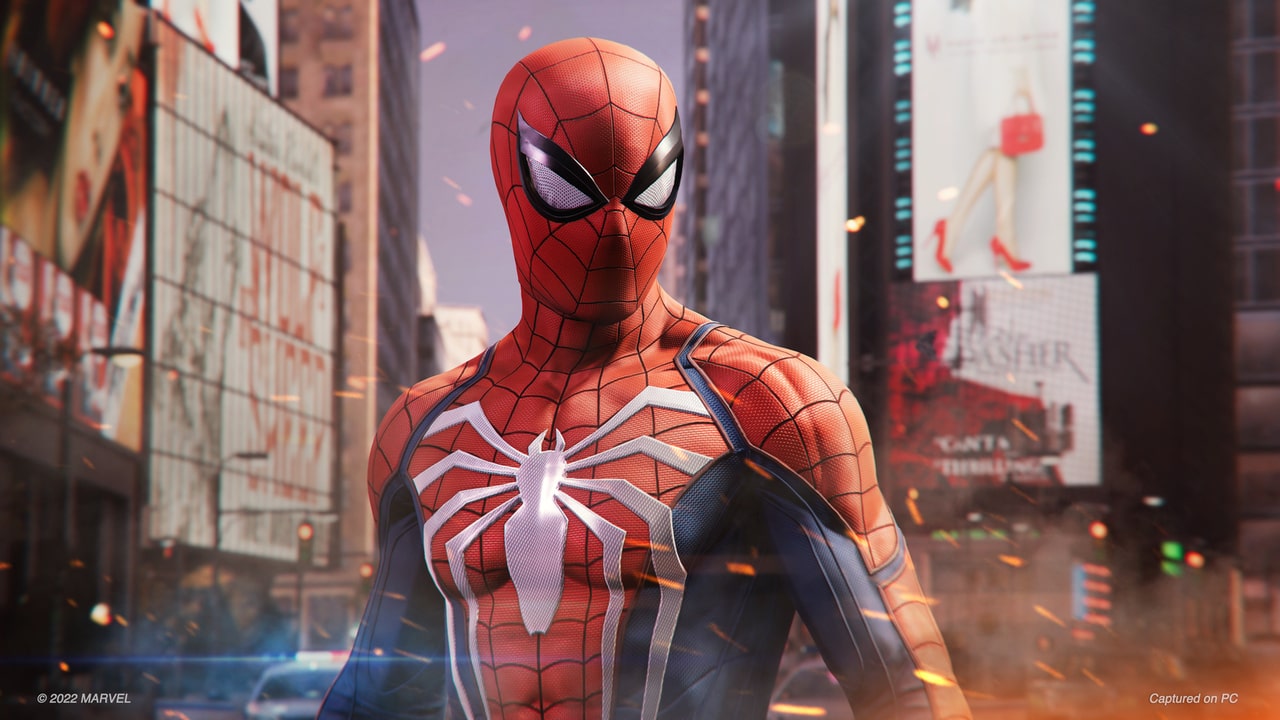 Some may say that the world has been oversaturated with Spider-Man media in recent years, with two Spider-Men each having their own video game, three Spider-Men sharing the silver screen, and an animated Disney Plus series on the way among other things, but if you ask me, there’s no such this as too much Spider-Man. That’s why, even on my third complete playthrough of the game, Marvel’s Spider-Man Remastered feels just as exciting as ever on PC.

After getting over the initial shock of playing Marvel’s Spider-Man on PC, it’s easy to remember why so many people fell in love with Insomniac’s take on the wall-crawler in the first place. There is no shortage of Spider-Man games, but this is the Spider-Man game.

Peter Parker’s characterization is incredible and the supporting cast is equally likable. This is a true Spider-Man story through and through — great power, great responsibility, and all that — and despite some slight pacing issues, it remains engaging from start to finish. Insomniac demonstrates both understanding and admiration of the character, and those of you who are turned off by the MCU’s younger take on the friendly neighborhood hero will appreciate this older, more experienced version of the webhead. Even something as simple as the collectible backpacks scattered throughout the city are a joy to collect because they contain small tidbits of lore detailing the first fights and overall history of this incarnation of the web-slinger. 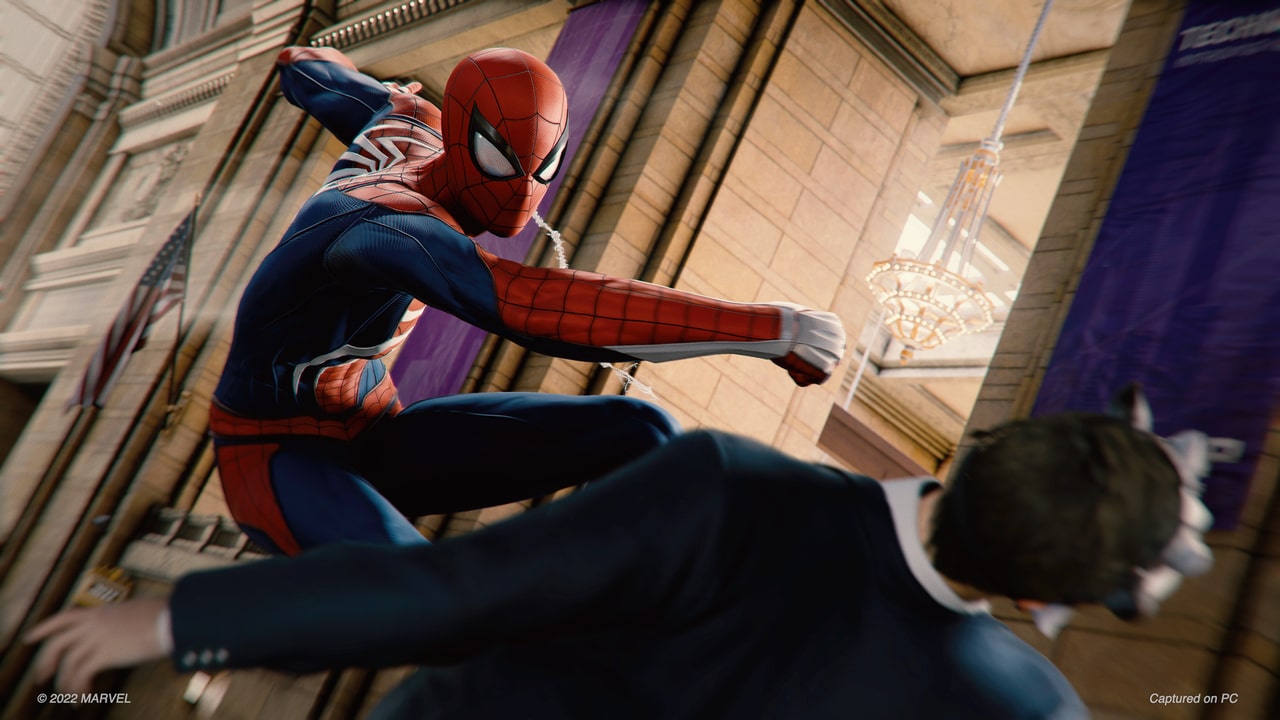 The combat is also fantastic, taking notes from Arkham’s book while adding some extra Spidey spice on top. Aerial combos and smart gadget use are key to survival, especially on higher difficulties, and various enemy types introduced throughout the campaign will keep you on your toes by countering safer strategies that you can normally rely on for general goons. Also, webbing people to walls or chucking cinder blocks at unsuspecting bad guys just never gets old.

Stealth is also a viable option for clearing out rooms of baddies. While you won’t be able to fully clear enemy bases undetected or anything like that, a sneakier approach will help thin the herd before you leap into the crowd and let your webs fly. It’s such a Spider-Man brand of stealth too, pulling enemies up to the ceiling and sticking them there with webs or pulling shelving down onto chatting guards.

Plus, if you’ve already played the game once or twice on PlayStation 4 or PlayStation 5, certain features like the puzzle skip option make additional playthroughs a breeze. The lightning-fast loading times carry over from the PS5 version as well, and those do wonders to make additional playthroughs less of a hassle. You’ll still have to put up with the Mary Jane and Miles Morales sections that periodically pull you away from Spidey, but they’re not nearly as out of place this time around as I remember them being. 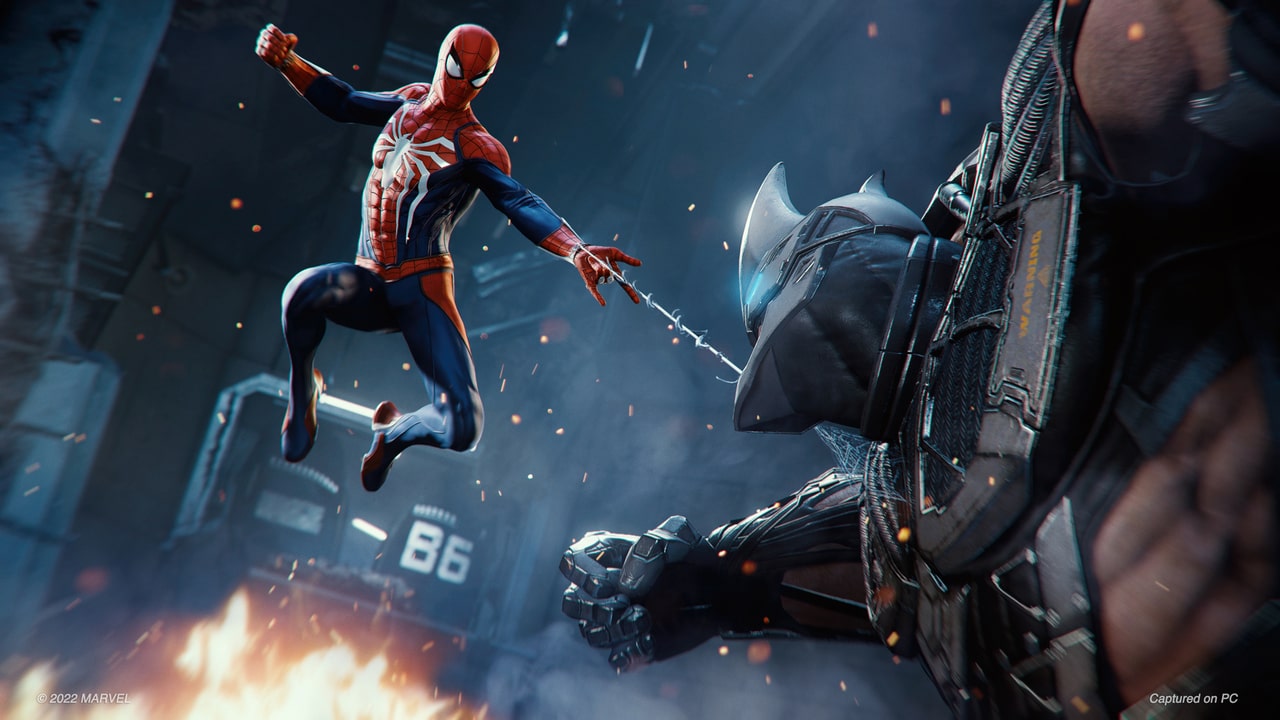 Unfortunately, the PC version of Marvel’s Spider-Man Remastered is held back by spotty performance. For reference, my rig is equipped with an RTX 3070 and an i7-10700k. The game frequently drops below 60 FPS when swinging through the city, especially when Spider-Man takes a dip down closer to the crowded streets of New York and zips past crowds and pedestrians alike. Even dropping the settings down to their lowest preset and running the game at 1080p (or setting DLSS to Ultra-Performance) doesn’t alleviate the issue.

Indoor sections and cutscenes run like a dream, however, and I wouldn’t say the game ever reaches an unplayable state. Nixxes has released multiple patches throughout the review period and performance has gotten noticeably better though, so Marvel’s Spider-Man should only run better with time.

Of course, these performance problems may very well be specific to my machine. Sony’s PC ports have been fairly hit or miss with some people reporting problems and other people playing just fine. I didn’t have any problems in my initial review of Horizon Zero Dawn on PC, for example, but several other reviews reported performance problems on day one. Make use of Steam’s refund policy if you want to test things out for yourself or just wait for more patches after launch.

At the end of the day, though, most of you don’t need a review to sway you to buy Marvel’s Spider-Man Remastered on PC. It’s Spider-Man. If you want it, you want it. The game has been out for four years at this point, and many of you have already played it once or twice yourselves.