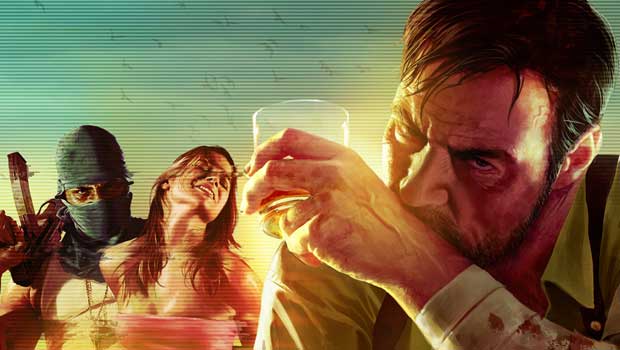 It’s been almost  a decade since we last saw Max Payne and his hyper violent sensibilities invade a gaming platform.  Plenty has changed in the video game world since then, and the last we saw of the franchise it was under the leadership of Remedy Entertainment.  With Rockstar Vancouver at the helm for Max Payne 3, they do have some pretty big shoes to fill with this iconic franchise.

Max has had a rough life.  He lost his wife and daughter all those years ago, and has been staring at the bottom of a bottle for the better part of ten years.  After leaving his Detective position behind, getting in bad with the mobsters of New York City forces Max to head for Brazil to work as a body guard for a wealthy Brazilian industrialist and his trophy wife.  As is usually the case, Max finds himself in the middle of a bad situation, one that’s going to require alot of shooting to put right.

And that’s precisely where Rockstar drops you off in this adventure. Following the brief tutorial,  if you’ve played the previous games, you’ll come to realize that not much has changed over years. Max Payne has always been based around the bullet time gameplay mechanic, and this one is no different.  An upgrade in the graphics department supplement the traditional gameplay, which puts Max in variety of against all-odds scenarios.

It’s Rockstar’s attention to the little things that makes Max Payne 3 a stand out shooter in a crowded genre. The way that he uses his environment and handles his arsenal have plenty of small details that make it all so believable. Complimentary to the standard bullet-time, a shoot dodge technique will allow Max to vault in any direction, and as cool as it looks and feels, it ends with Max on the ground cleaning up whatever mess he’s made. The gunplay is smooth, responsive, and most importantly fun, and gives the game alot of replay appeal.

By campaign’s end you’ll get extremely familiar with Max’s strengths and weaknesses, as well as taken down the rabbit hole of Sao Paulo, Brazil.  The Bullet Time mechanic remains charming throughout, and it actually becomes more fun to use as you become more proficient with using it.  This proficiency will give you more than enough reason to revisit Max Payne 3’s Arcade Mode.  A Score Attack style offering where you’ll be rewarded for stylishly dismantling your enemies in scenarios from the single player campaign.  Accuracy bonuses, use of bullet-time, headshots, and other variables will all factor into your overall score, while competing with friends for bragging rights.

For the first time in the franchise, Rockstar has introduced multiplayer into Max Payne’s repertoire.  Make no mistakes about it, this certainly does not have the feel of a “tacked on” experience. There’s a very well thought out XP, grinds, loudout, and item systems that allows for a deep, rewarding, customizable online experience.  Multiple game modes that range from a standard deathmatch affair, to a very well conceived “Gang Wars” objective based mode, offer a great bit of variety when choosing what type of game you want to play.

What sets Max Payne 3’s multiplayer apart from standard cover based shooters is its bursts system, for one. It allows you to use a custom ability to help yourself, or your team on the field of the play. These bursts range from upgraded weapons, health buffs, marking enemies on the map, and quite a few others that can help out in a pinch.   Most importantly though, Max Payne’s signature bullet-time mechanic has been cleverly implemented into multiplayer, and it really works better than you think it would.  Play just a few rounds of multiplayer and you’re bound to see things and situations that you just haven’t seen in a multiplayer title before.

Max Payne 3 offers one of the most complete gaming packages in recent memory.  The campaign begs to played on multiple skill levels if just for how many different ways you can tackle a given situation.  This goes double for the score attack and New York Minute Arcade game modes. The multiplayer is an addicitive fast paced experience, that houses a deep customization and leveling system.  Long story short, there’s a ton of content here.  Enough to make up the aggregiously long wait since fans have had since Max Payne 2. Rockstar did Remedy well in this reboot, and its a game that is sure to please longtime fans of the franchise, and snag some new ones as well.