The latest news in the world of video games at Attack of the Fanboy
October 15th, 2010 by William Schwartz 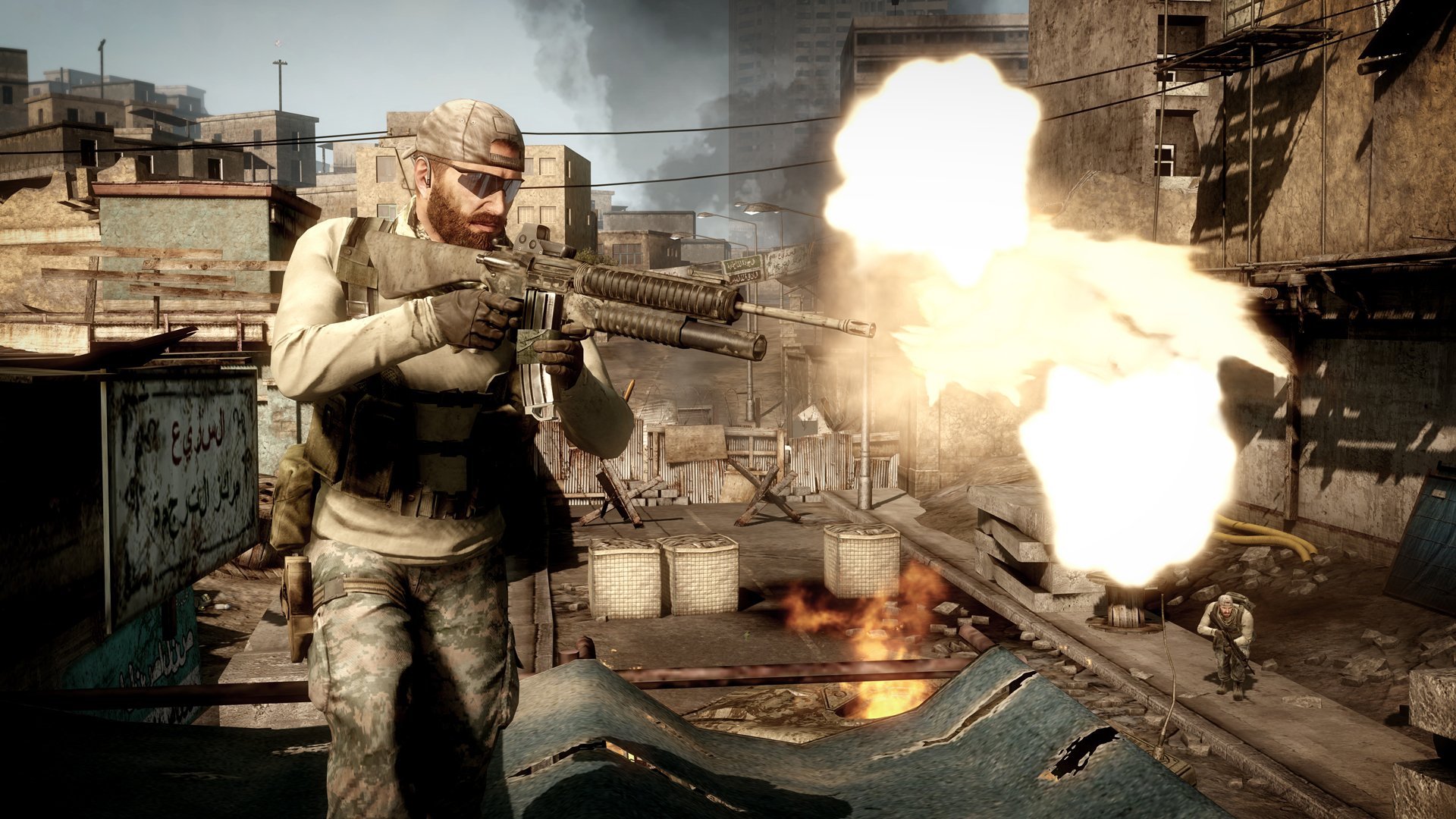 Operating directly under the National Command Authority, a relatively unknown entity of handpicked warriors are called on when the mission must not fail. They are the Tier 1 Operators.
Over 2 million Soldiers, Sailors, Airmen and Marines wear the uniform. Of those, approximately 50 thousand fall under the direct control of the Special Operations Command. The Tier 1 Operator functions on a plane of existence above and beyond even the most highly trained Special Operations Forces. Their exact numbers, while classified, hover in the low hundreds. They are living, breathing, precision instruments of war. They are experts in the application of violence. The new Medal of Honor is inspired by and has been developed with Tier 1 Operators from this elite community. Players will step into the boots of these warriors and apply their unique skill sets to a new enemy in the most unforgiving and hostile battlefield conditions of present day Afghanistan.
There is a new enemy. There is a new war. There is a new warrior. He is Tier 1. [Electronic Arts]

Stepping into big shoes DICE , Danger Close, and the big mouths at Electronic Arts who deemed Medal of Honor the Call of Duty Killer put forth a pretty exceptional total package for a franchise that has been out of the spotlight for so long.  The campaign half of the game was handled by Danger Close an upstart out of EALA, and for their first offering Medal of Honor hit the mark.  Admittedly Medal of Honor takes a little while to get going, but once it does, it delivers a campaign full of action that FPS fans won’t soon forget.  Put into the roles of many facets of the U.S. military in Afghanistan, the player will perform Stealth Operations, Helicopter Mission, Bunker Raids, and Survival Quests and the game has a nice gritty edge that caters to the fan of a more realistic, or should I say believable experience.  Medal of Honor was developer cooperatively by DICE studios as well, who handled the multiplayer.  DICE is arguably the best in the business when it comes to forming multiplayer experiences.  Medal of Honor is another notch on the belt for DICE and fans of the over the top action and immersion that they are accustomed to will feel right at home.

A stark contrast to the arcade style of play that the Call of Duty series brings to the table, the only thing remotely similar are the control schemes, as the gameplay is only related by the fast and hectic pace.  Objective modes in the multiplayer component are only rivaled by some of DICE’s previous work in the Battlefield series and we dare anyone to come out of one of the territorial capture modes saying that wasn’t only crazy but fun!  DICE stole some of its own ideas from the Battlefield franchise upped the pace a notch, eliminated some of the vehicle spam and made a game that captures the best of both worlds in a COD/BFBC2 hybrid monster.

Above all else Medal of Honor is FUN,  whether tackling the single player, multiplayer, or time attack modes.

One of the traits of Medal of Honor that sticks out like a sore thumb in a good way is the sound quality.  Both in single player and multiplayer the sound immerses the gamer in the universe of the soldier.  From the crunching of snow beneath the feet of troops marching through the snowy mountains to the thunderous crackle of machine gun fire echoing through canyons the sound effects in Medal of Honor are easily one of the finer points of the game.  Environmental effects and Music round out a excellent experience for anyone with a high fidelity sound system.  Music builds up to climax at points where it should and the Medal of Honor campaign is much better because of it.

Medal of Honor is far from a perfect game.  Some of the minor hindrances for the game include but are not limited to some choppy frame rate issues and screen tearing.  When you stack on top,the fact that the game’s graphics are probably to be considered mediocre at best for this generation, it’s pretty easy to be underwhelmed by Medal of Honor if you aren’t a fan of either FPS or military titles.  Medal of Honor isn’t going to make you a believer or love the genre as it doesn’t do anything really ground breaking in it’s delivery.

I would have liked to see more of the good parts of Medal of Honor showcased in the title.  The game is best when the proverbial shit hits the fan.  Sadly, there aren’t enough of these moments in the campaign.  Alot of the time is spent trudging through mountainsides down a pretty linear path through some pretty bland settings.  The chance of ambush intensifies some of these moments but for the most part the game is fairly transparent as to when these firefights are about to break out.

Like a go cart on rails Medal of Honor does tend to confine the player to a set path for the entirety of the campaign, a little more freedom to explore, or even some hidden unlockable data scattered throughout the world would have been nice.

As far as multiplayer, one of my biggest complaints would have to be the lack of maps.  The quality is there with the ones that shipped with the game, but there seems to be a shortage at this time.  With the implementation of the EA Online Pass, hopefully some of this revenue can be used to generate more content for the game, and not just more profits for Electronic Arts.

Medal of Honor could have delivered a ton more to the gamer and ultimately succeeded in overthrowing Call of Duty as the shooter of choice with a few tweaks and added features.  In a campaign that was seemingly made for cooperative play there sadly isn’t any.  It looks like an idea that was indeed in the works that just didn’t get there and was replaced by the Tier 1 mode.

Another point that can’t be ignored is the developers seemed absolutely content with leaving the characters of the game as faceless soldiers that were only recognizable from beginning to end by their callsigns with little else to distinguish them from one another.  No back story or dialog creates a real connection between the player and their on screen persona and it leaves the game a little dry.

The game itself throws the player into battle with his brothers at arms but these brothers tend to be of computerized variety and this campaign could have been 10x the fun if played with a friend.

When the smoke clears Medal of Honor comes close…. to the level of excellence that the Battlefield series brings as well as the fun factor of the Call of Duty series.  The game itself is fairly unsurprising as you’ve likely been in some of these same scenarios countless times before in many other games.  The pacing and presentation make Medal of Honor’s fun albeit short campaign one that you will look back on be glad you played.  It’s a far better representation of war in the modern era than anything else out on the market, although it does have it’s flaws.  If they can be overlooked though, the game is a blast to play.  The multiplayer falls into the same pitfalls and deficiencies as the single player but with perhaps a little less transparency.  But for the gamers that are looking for a more authentic and believable military experience, there hasn’t been a game even close to this since Operation Flashpoint. For those gamers Medal of Honor is a must play.