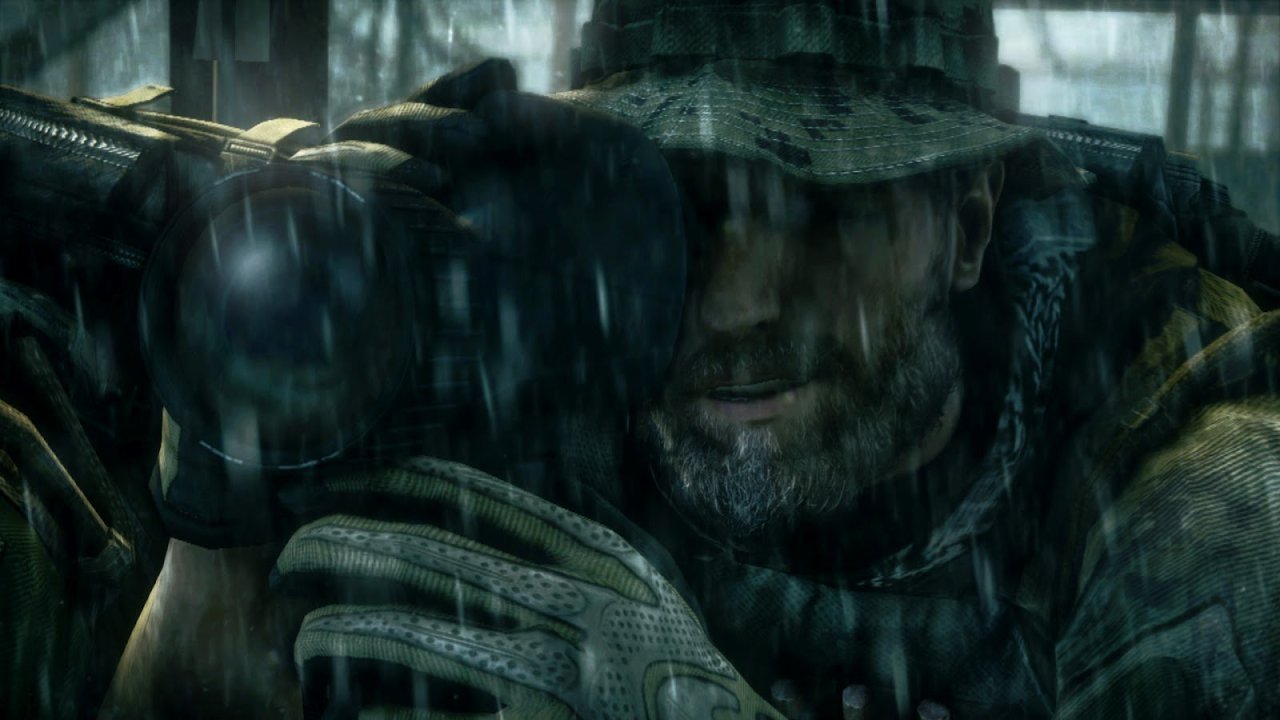 The return of the Medal of Honor franchise in 2010 was EA’s initial assault on the Call of Duty series. The reboot was a strange game because fans weren’t praising its multiplayer, but its single player story instead. It told a believable and authentic sounding story about soldiers in a war that was currently broiling overseas. It was topical, and felt authentic enough to put great distance between itself and the fictional Modern Warfare timeline from Activision. New EA studio Danger Close called on DICE for the multiplayer, but it was a so-so experience at best. Two years have passed, and Danger Close is still fighting the war against Activision, Medal of Honor: Warfighter again has an authentic story-line inspired by real-life events, and a multiplayer suite that has seen an overhaul while shedding the influence of Digital Illusions.

Unfortunately, Danger Close has apparently figured out that single player isn’t what sells military shooters these days. It’s the all-important multiplayer component that brings in fans on a day-in day-out basis, sells map packs, and keeps fans engaged. That said, Danger Close has all but abandoned the single player portion of their game for multiplayer, which rides a fine line between other popular games like Battlefield and Call of Duty, while doing nothing exceptionally well to differentiate itself from this crowd.

There are more ways to breach and clear a room of enemies in Medal of Honor: Warfighter than every Call of Duty game released this generation. That’s a rough estimate, but likely accurate, and telling of the monotony found in Medal of Honor: Warfighter’s single player experience. Despite putting together an impressive presentation and graphical package, Warfighter doesn’t live up to its predecessor’s lofty standards. Where Medal of Honor 2010 delivered a perspective that took the fight to the ground, Warfighter has a more Spec-Ops feel to it. These ops contain much of what is found in other military shooters, and it does nearly nothing to distinguish itself from any other single player shooter that has arrived over the past few years. Playing it safe is not something that was expected after 2010’s exceptional effort from Danger Close, the good thing is that the single player portion of the game only lasts around 5 hours.


Despite being based loosely around real-life events, Medal of Honor: Warfighter consistently feels like you’ve been there and done that. You’ll raid terrorist training facilities, infiltrate a compound under the cover of night to take out a terrorist leader, and snipe pirates who’ve taken hostages on the open water, these events all ripped straight from the headlines and relayed by Tier 1 Operators according to Danger Close. These set pieces aren’t what make the single player experience lack-luster, it’s just about everything in-between instead. The breach and clear mechanic is overused to the point of having its own progression system, where collecting headshots open new and exciting ways to open doors. A cool way to spice up the breach and clear mechanic undoubtedly, but unlocking and using the new methods has very little practical use, as kicking in a door gets the job done just as well as the top-tier explosives. Once these doors are open, most of Warfighter’s gameplay devolves into shooting gallery affairs, in environments that range from urban to the remote. Unfortunately these shooting galleries come complete with friendly AI constantly pushing you into the line of fire, and enemies that have similar AI quirks.

At times it feels like Danger Close was on the right path with the single player experience in Medal of Honor: Warfighter, but this portion of the game feels like they ran out of ideas before its completion. Calling on teammates for ammunition refills is one thing that eliminates the traditional cache finding and enemy looting mechanics that most games use. More expansive driving sequences that task the player with doing much more than just escaping a dangerous scenario, is also a high-point of the campaign. Expanding on the peek and lean mechanics, Warfighter does also allow players to use cover more effectively than other shooters, but these subtle differences are not enough to really make Warfighter a standout in the single player arena. This Medal of Honor could be a disappointment for those that are expecting a similar experience to the previous game, where its predecessor stood out in a crowd, this game seems content to blend in with the competition in most of its mechanics.

Warfighter does once again try to stand out though in its story telling. It takes a much different and personal approach to the relay of its narrative, giving players a glimpse into the emotional struggle that soldiers and their families must endure to take on such endeavors as fighting terrorism while facing the threat of death at every corner. It’s a small piece of the narrative puzzle, one that is tactfully danced around for the entirety of the campaign. It’s somewhat thought provoking, and could have been expanded on greatly, but instead is an afterthought wrapped into a handful of short cut-scenes for the game. Not quite as effective as the storytelling tools used in the previous game, Warfighter was a considerable letdown for this fan that enjoyed the first game immensely.

Though it’s obvious that the single player experience did receive its fair share of attention in the development process, multiplayer in Warfighter has been changed considerably for the better. Leaving DICE behind, Danger Close has put together a compelling multiplayer experience with a ton of customization, online functionality, and gameplay formula tweaks that differentiate this game from its competition somewhat.

Medal of Honor: Warfighter multiplayer falls somewhere between the run and gun sensibilities of Call of Duty, and the tactical squad based gameplay of Battlefield. With its Fireteams feature, Warfighter is definitely more focused towards the cooperative online experience. Working with a teammate to take down the opposition is of the utmost importance, and the entire online experience is built around this premise. Pairing up with a partner allows for some significant advantages, and as proven in DICE’s Battlefield series, can be a rewarding online experience when parties are cooperating. Spawning on your Fireteam is an integral part of Warfighter, which allows teams to hold down strategic locations, so long as one member of a team is alive and not in imminent danger.

This Fireteam system of teams, made up of up to 20 people paired off into two man groups, plays out over the games many modes. These traditional game modes like Team Deathmatch, Sector Control, and Capture the Flag are all variations of tried and true game types. An over-arching class-specific support system will allows players to call in support actions for their team as well, and rivals the Call of Duty Kill Streak system very closely. Depending on character class selection these are wide-ranging and varied and suit each individual character.

Broken into six classes, each with their own strengths and weakness, Warfighter gives players one class ability out of the gate. Demolitions experts carry body armor, Snipers can go into Recon Mode, Assault class is given a grenade launcher, the Heavy Gunner can mount his weapon, the Point Man gets high-powered ammunition, and the Spec Ops unit can scan the battlefield for enemy signatures. Depending on the class, each class ability can be used at least once in each life, and sometimes more. Fireteams can consists of any combination of the classes, which are further differentiated by their support actions, which unlocks two options at each level reached. These support options are tide turning perks that range from ammunition drops, to attack helicopters and a range of perks in-between. Each of these character classes can also be customized with your country of choice, once unlocked, as well as outfitted with a wide range of unlockable weapons, and weapon skins. These unlockables play a large part in the game’s customization features, which could keep you playing multiplayer in Medal of Honor: Warfighter for quite some time. Weapons customization is deep, but its worth noting that it offers very little in-game benefit other than the aesthetic.

Danger Close has taken another step closer to complete Battlelog integration in Warfighter. The Battlelog player card and social hub are more neatly integrated into this game than in Battlefield 3, and the presence of EA’s Origin Service is constantly felt during the online experience. Whether that be from the sharing of accomplishments of friends, or the reminders that arrive when Platoon members come online and are ready to party up. Gathering friends and launching an online game is a breeze with this integration. Platoons can be assembled, fireteam slots can be locked and loaded before heading out to the online war. Possibly better done than in any shooter before it, Warfighter exceeds expectations in this online connectivity front, and the integration of the free Battlelog service.

Now whether players will take advantage of all these bells and whistles is another story. The online is compelling, the gameplay is solid, and there are a ton of modes and unlockables to experiment with. However, with only 8 multiplayer maps on the disc, this could stale pretty quickly. How strong the community will be after the arrival of Halo 4 and Black Ops 2 is yet to be seen, but an unannounced yet expected slate of DLC should liven things up for the shooter, and expand the game for those that stick with it.

More on Attack of the Fanboy :
Medal of Honor: Warfighter Xbox