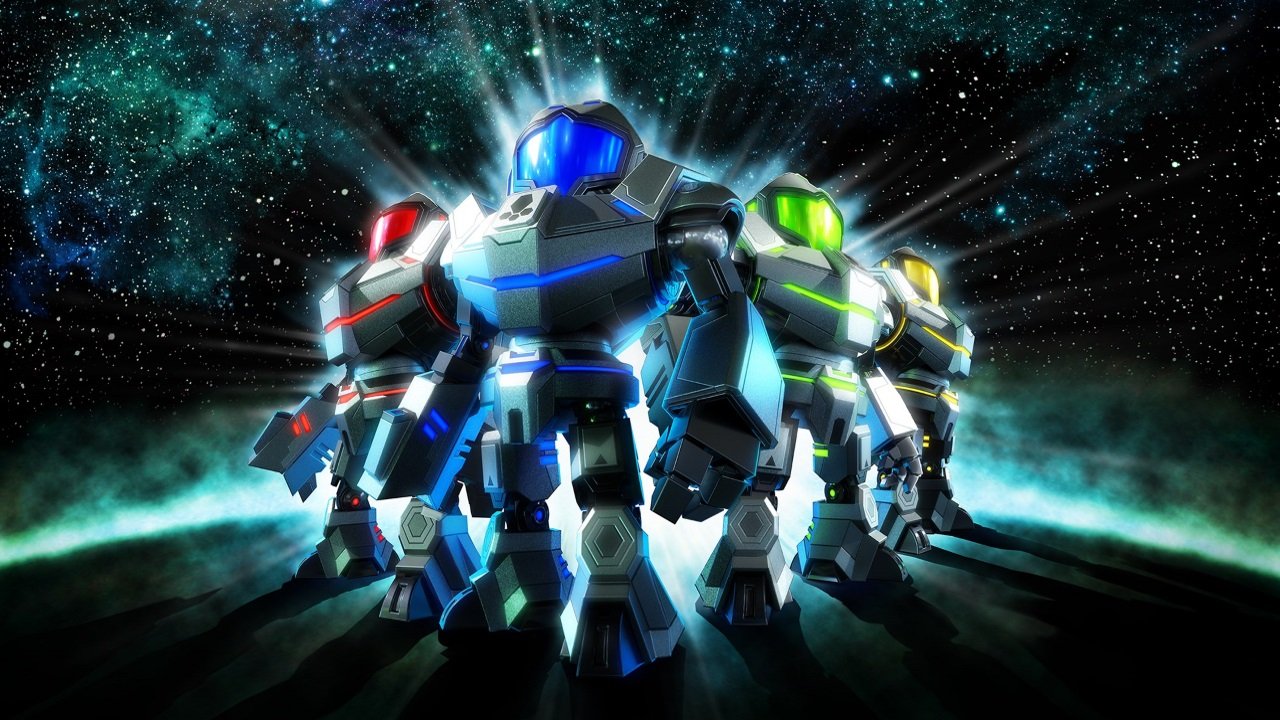 Revealing a new video game, especially one in a much-loved series, is a pretty tricky thing to do. You’ve got to entice new customers, while making sure you touch on all the things that your in-built fanbase wants to see. At the same time, you’ve got to show why this game will be fun, and worth the audience’s money. When Nintendo first unveiled Metroid Prime: Federation Force at E3 they did practically none of this. The game looked odd, featured wildly different gameplay from its namesake, and didn’t even showcase series star Samus Aran. This has resulted in months of backlash from the Metroid fanbase, and general apathy from the gaming audience at large. Which is pretty unfortunate, because taken on its own merits Metroid Prime: Federation Force is a pretty decent game, if you have some friends to play it with at least.

Metroid Prime: Federation Force takes the focus of the series away from Samus and puts it onto the actual military from the long running universe. A new group of soldiers have been put together to stop the Space Pirate threat, and you’re their new recruit. Unsurprisingly, this gives you a lot of the same powers and abilities as Samus herself, strapping yourself into a mech suit that controls just like the Gamecube games from which this 3DS title got its name. Once inside you’ll take on a multitude of missions across three unique worlds, with a heavy emphasis on co-op play.

It was this multiplayer focus that first drew the ire of the Metroid fanbase, a group which I count myself among. The Metroid games have almost universally been solo affairs, only dabbling into multiplayer with severe trepidation. Federation Force, on the other hand, dives right in. The focus is squarely on multiplayer, both in its main story, and in the subordinate gametypes offered here. 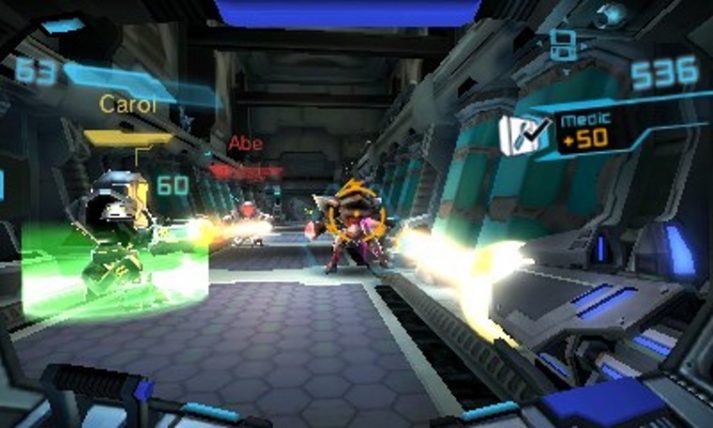 This isn’t an inherently bad idea, it just doesn’t fit well with the Metroid series, or the Prime trilogy. Considering that the original Metroid formula and its first-person evolution has resulted in what are easily some of the best games of all time, it makes sense that fans would not only be wary, but outright aggressive in their opposition. However, setting aside the precedent breaking design, Metroid Prime: Federation Force works fairly well as a co-op adventure.

With your friends by your side, taking out swarms of rabid alien enemies can be a great time

Players team up and take on a collection of missions that are spread across the three available worlds. The environments found on each are quite different, which also makes the enemies and challenges the players face feel unique. Missions are mostly kept on the short side, with up to four players jumping in, accomplishing their main goal and some optional side missions, then bugging out. The gameplay in between is pretty standard for the Metroid Prime series, putting you into first person and letting you lock onto enemies to fire blasts of energy at them.

Controlling your character will likely be a hot topic of discussions for this game, as there are two methods available and neither is particularly ideal. For most players they are stuck with option A, which uses the 3DS’s gyroscope for its free aiming mode. Most of the time you can just hold L to lock on, but if you need to do some extra exploration, you’ll need to tilt and tip your 3DS around to find what you’re looking for. Of course, this does all sorts of nasty stuff if you have the 3D feature turned on. Even with it off, it can be a bit annoying to go through, and you’ll usually just wish for a more standard method of control. This is available, but only to those with a New Nintendo 3DS. Using the analog nub as a second control stick you can move and aim like a regular first-person shooter. However, even with the aforementioned faults in the default control method, the analog nub just doesn’t suffice, and most players will stick with the gyroscopic motion.

Once you’ve sorted out which control method works best for you the gameplay takes center stage. There’s not much here that’s all that revolutionary, borrowing a lot from Metroid Prime, but simplifying it significantly for the handheld. The game is less a grand adventure, with fewer puzzles and almost no real exploration. Instead it focuses on the action, which can be enjoyable in the smaller doses provided. With your friends by your side, taking out swarms of rabid alien enemies can be a great time. You can play solo, and the game even gives you a special mod that will help you out. However, after the first few missions are complete it becomes obvious that Metroid Prime: Federation Force was built from the ground up as a multiplayer experience. 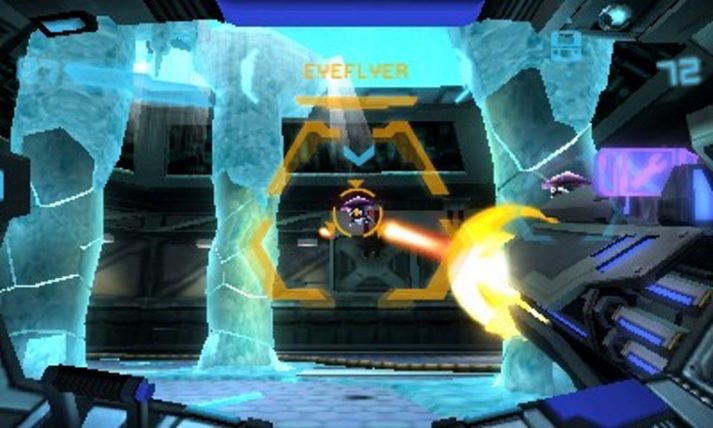 Too many enemies and too many objectives start to pile up, and you see that having extra players would make this breaze by without a problem. By yourself though you just end up spamming the attack button, or finishing objectives one at a time, causing a feeling of repetition to set in. It also pretty much disqualifies you from even attempting some of the optional objectives, especially the time based ones which were obviously balanced for more than one player.

But let’s say you have some friends to play with, either online (which greatly limits your communication abilities), or locally. Once you have your group and take on the missions you’ll probably have some decent fun. However, the core of the experience rarely changes, with only optional mods to your armor really offering any sort of alteration to your abilities. Missions can have some interesting spots to them, but the gameplay does become a bit rote later on. Still, taking things in small chunks and playing off and on should prevent this and keep things feeling fresh.

On top of the campaign, Metroid Prime: Federation Force also includes a standalone competitive multiplayer option, which itself has an AI bot driven co-op variant. Metroid Prime: Blast Ball is a Rocket League style arena game. Players are in the same mech suits from the campaign, and have to shoot a ball into the opposing team’s goal, which will get smaller with each goal scored. First to three, or the highest score at the end of the round wins, with a sudden death tie breaker if no one is in the lead. 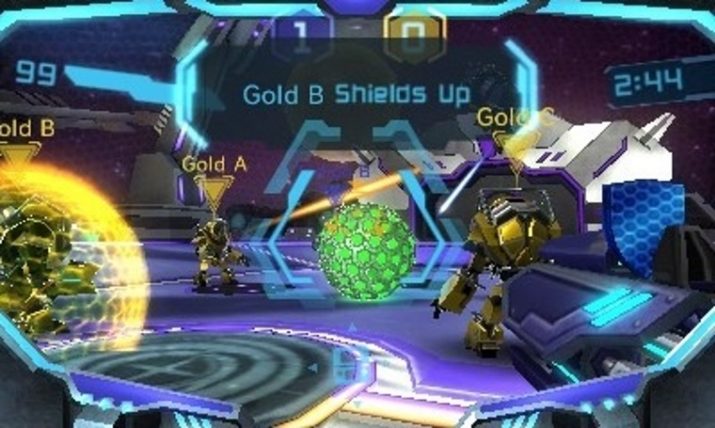 Blast Ball was a surprisingly fun little addition to the game, and has already become a bit of a favorite for me. It’s not as fast or as skill based as Rocket League, from which it feels like it drew inspiration, even if it didn’t really. Players can take a more methodical approach, though sometimes it all comes down to luck in the end. With a very simple ranking system, Blast Ball is more of a diversion than a complete experience of its own. But it is quite a bit of fun and players might find themselves sinking more time into this mode than the campaign itself.

Metroid Prime: Federation Force’s greatest crime was its name. Had the game not tagged itself with the moniker of one of the greatest games of all time, it could have stood on its own merits quite well. With the Metroid Prime name it feels a bit less somehow, with the art direction standing out as a very odd shift for the series, just as an example. But if you take all those pre-conceived notions of what a Metroid game should be and set them aside, Metroid Prime: Federation Force will easily surprise you with its quality. It’s nowhere near the all time greats, even when limiting to just the 3DS’s library. But it can deliver some enjoyable moments, and will definitely entertain for some time. Just make sure you have some friends to tag along though, because the solo experience is quite a different story.