The latest news in the world of video games at Attack of the Fanboy
February 18th, 2015 by Anthony Decicco 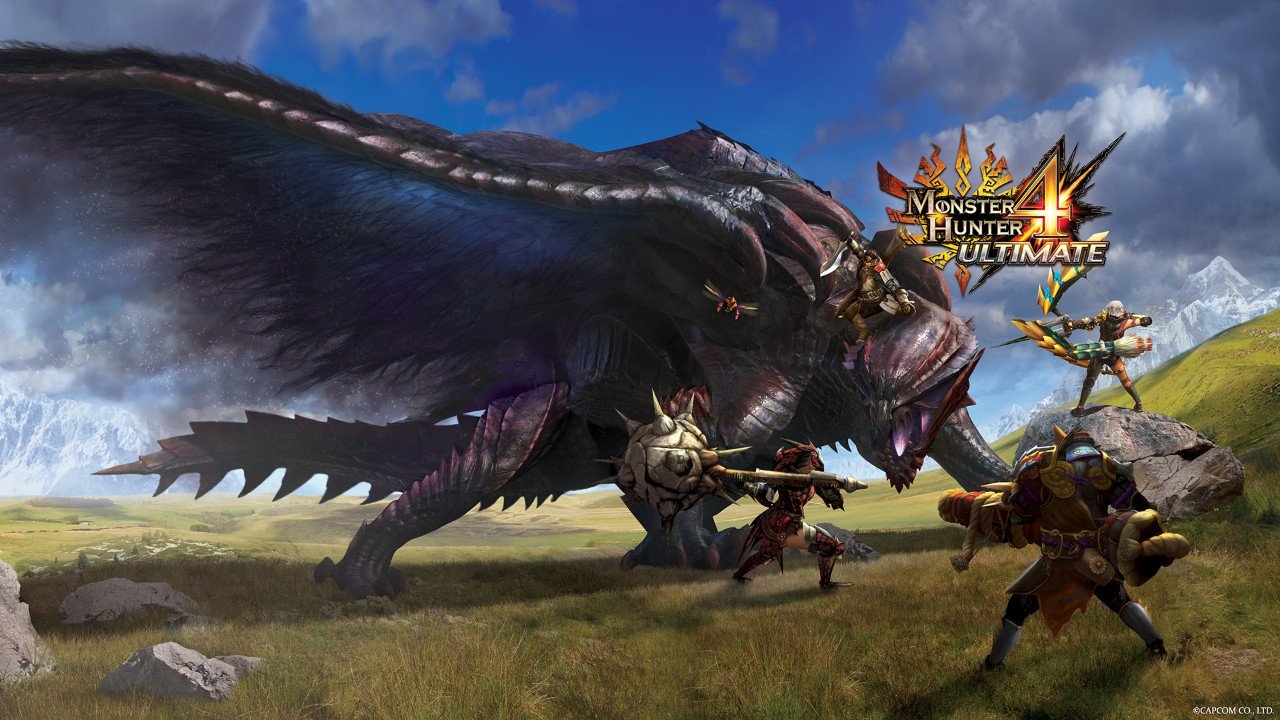 Capcom started development on Monster Hunter 4 Ultimate in order to deliver a robust experience to their handheld fans. In the end we are given a game that manages to accomplish this task by intertwining existing franchise facets of Monster Hunter with new elements handheld fans haven’t experienced. Fans always have a lot of expectations from a new Monster Hunter game, and this one seems to have lived up to the hype.

Monster Hunter 4 Ultimate is the first time that the title has released in the west, albeit reworked for the 3DS hardware and taking advantage of all the unique aspects that the New Nintendo 3DS offers. This includes the c-stick, extra ZL and ZR buttons, as well as a slight graphical increase on its predecessor, Monster Hunter 3 Ultimate. 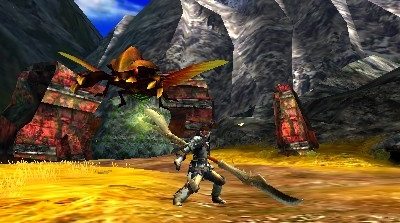 Once created, the hunter sets out on a mission to protect a caravaneer who later decides to invite you to join his traveling caravan. He then asks for your help to recruit others, which you can do while continuing to help out around town and complete quests. Story was never really a high-point in Monster Hunter titles so this lackluster narrative was to be expected.

The game itself, starts off rather slow, but eventually builds up from fetch quests to a mixture of capture/kill monster quests that are a lot more thrilling. Nevertheless it still follows the same proven formula of questing, farming, creating new gear and fighting larger and more difficult monsters in later quests. The constant need to farm materials plays an important role the further into the game that you go. It proves to be repetitive, for those who are new to the franchise, but not for series veterans and RPG fans who are used to the practice. 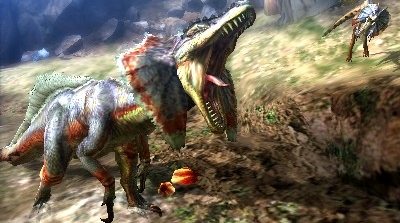 Returning Monster Hunter fans will be spoiled by all the choices as the title adds an additional two new weapon classes. It also has additional focus on traversing environments, unlike previous entries. Now your hunter can climb and jump off ledges, an ability that can actually be worked into attacks. This can be accomplished by attacking from ledges or jumping off edges and hitting in a downward fashion. This is a welcome addition as it adds a feeling of exploration, and in some cases, makes your hunter feel superhuman, as fall damage is minimal.

Returning Monster Hunter fans will be spoiled by all the choices as the title adds an additional two new weapon classes.

Monster Hunter 4 Ultimate also adds to the pre-existing roster of foes by hitting a grand total of ninety-eight different monsters to take down. Along with two new weapon classes carried over from Monster Hunter 4, Charge Blade and Insect Glaive, it all adds up to an entirely new Monster Hunter experience.

Exploration is a large part of Monster Hunter as it allows players to complete quests, forage and hunt for new materials. Battling monsters will become an ongoing task, as one can imagine from the games title. The battle system itself is completely dependent on the weapon the hunter chooses. Long range weapons  help keep distance but don’t always leave much of an impact, heavier weapons do great damage but are slow, whereas blades and shorter weapons are faster but are mediocre when it comes to damage. It gives the player a ton of choice in what weapon to use and how their combat will play out.

During the course of the game players might choose to try out different weapon classes, but one thing remains apparent, the targeting system that utilizes the touchscreen, sadly is only for large monsters. This is somewhat disappointing as the camera can get a bit jittery when you are moving and dodge-rolling to avoid attacks from the smaller ones. Thankfully, the L as well as the ZL on the New 3DS offers the ability to realign the camera behind the hunter. Despite this, the inability to target or lock-on to regular monsters is a bit frustrating when they come at you in packs. 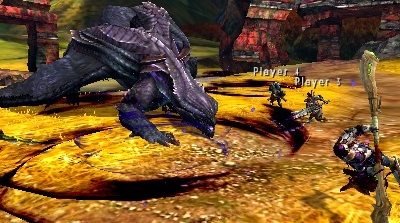 The Gathering Hall, which can be visited via the town or by joining an online room, serves as the games central hub for all things online, as well as the more advanced Guild Quests. These Guild Quests can be undertaken solo or in a group online. This is the first appearance of online cooperative in a handheld Monster Hunter title. This can be easily accessed by the bottom touch screen world map via an option at the very top of it to switch between Solo, Local or Online. Then you are given search options to find a Gathering Hall that meets the criteria.  All of these features make the online very easy to connect to and use. Switching from one to another was as easy as a few presses of the touchscreen. There was little to no lag, which is surprising as you are given the ability to explore the town and Gathering Hall at your leisure. Taking down a hulking monster with a few friends or like-minded hunters by your side is extremely satisfying.

Monster Hunter 4 Ultimate is a highly enjoyable handheld entry in the franchise. It adds significant content over Monster Hunter 3 and is a must-own for die-hard fans. Fans will also be drawn in to gather friends via Wi-Fi in the newfound online cooperative mode with countless hours of fun to be experienced.