Capcom's latest rises above its predecessors. 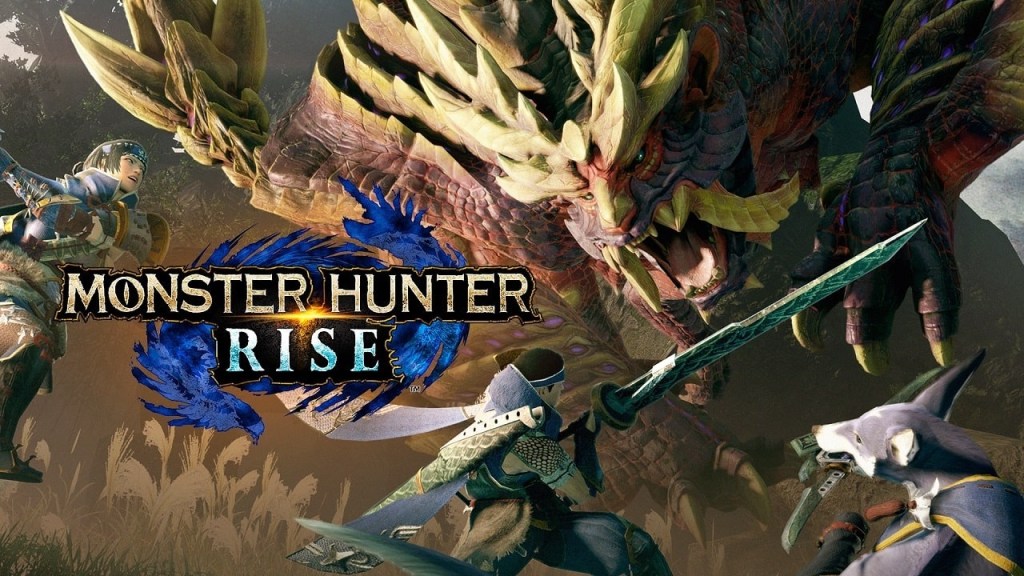 Storied developer Capcom has seen a huge resurgence these past few years, bringing its pillar franchises back into the limelight with strong entries that capitalize on their strengths. While Resident Evil is experiencing newfound success with its original entries and stellar remakes and Street Fighter hype is higher than ever before with the sixth mainline fighter on its way, none of Capcom’s franchises have blown up quite like Monster Hunter.

Monster Hunter World was the first game that really captured the attention of western audiences, becoming Capcom’s best-selling game ever by a monster-sized margin. Monster Hunter Rise, the follow-up to World, ditched the consoles that made it popular in favor of the Nintendo Switch (and a PC port), leaving many fans unable to experience the new locales and monsters. Now that Monster Hunter Rise is finally coming to PlayStation and Xbox consoles, console-based hunters can finally find out why Monster Hunter Rise is the best game in the series firsthand.

Monster Hunter Rise is an excellent game (but you knew that already if you read our initial Monster Hunter Rise review) and Capcom’s latest holds up wonderfully on other platforms. The latest port of Rise brings the game to PlayStation and Xbox consoles alongside its addition to Game Pass for players in Microsoft’s ecosystem. These new versions boast all of the improvements made in the game’s PC port (Hey! I reviewed that one too!), so that review applies here as well.

Sadly, this version of Monster Hunter Rise lacks the excellent Sunbreak expansion, but it’s slated to release sometime this spring. While it’s disappointing to see the expansion missing at launch, especially since it seemed like Capcom’s staggered expansion release woes were remedied with the simultaneous release of Sunbreak on PC and Nintendo Switch, it’s thankfully not as bad as the differences between the PC and console versions of Monster Hunter World and its Iceborne expansion. In the meantime, you can check out all the fantastic content that you can look forward to in our review of Monster Hunter Rise Sunbreak on Nintendo Switch.

The core Monster Hunter formula is alive and well in Rise, but the technical wizardry of the RE Engine powering the game allowed Capcom to port over the quality of life systems added in World on top of new, exciting traversal methods. You’ll still choose a monster to hunt in the village, eat a hearty meal, and then set out into the wilderness to track your prey, but it’s what happens on the field that really sets Rise apart from its predecessors.

Monster Hunter Rise is a masterful blend of old and new. It’s closer to the classic Monster Hunter games of the 3DS, but without any of the technical constraints. There are no loading screens separating each world, monsters can fight one another in the wild, you can move while drinking potions, and endemic life plays a huge part in a hunter’s success. All of these features debuted in World, so it’s nice to see them returning in a title that is still a Nintendo Switch game at its core.

Traversal is the key addition in Rise, however. Your new canine Palamute companions can whisk you around the map at very high speeds, allowing you to keep up with a monster that decides to flee from battle. You can also climb or run along any wall in the game, giving Rise an unprecedented sense of verticality. Wirebugs are the most brilliant addition, however, acting as grappling hooks that can propel you forward or into the air. Your hunter is significantly more mobile in Rise, which opens up new possibilities for both slow and fast weapons alike.

These Wirebugs can also be used for Silkbind attacks, special moves that add a new layer of strategy to combat. These serve a variety of purposes and can lead to monsters entering a weakened state where you can Wyvern Ride them. This is another new mechanic in Rise that lets you mount a monster and launch it into walls or attack other monsters nearby for a limited time. It’s a key part of hunts. You’ll do it pretty often, and it’s always as exciting as the first time.

The genius of Rise’s new combat and traversal additions is that they can’t be used as a crutch. The slow, methodical combat of Monster Hunter still flows through Rise’s veins. An experienced hunter can use Wirebugs, Silkbind attacks, and swappable Switch Skills to demonstrate their expertise like never before, dancing around monsters and bullying them into submission. An inexperienced hunter will still flail around aimlessly without proper practice. Having more combat options is always a good thing, and Rise’s combat additions make it easier for new players to learn the ropes while also providing veterans with flashy new tools to play around with.

Rise also learns several lessons from the environmental design of World, but it takes its locales to new heights with smart additions like Spiribirds. In Rise, simply eating a meal won’t bring your health and stamina to their maximum. Instead, you’ll need to collect Spiribirds around the map to slowly increase both meters. Spiribirds are placed throughout each environment like rings in a Sonic game, pairing beautifully with the new traversal systems and enticing you into taking new routes when pursuing monsters. Monsters also seem to flee way more often in Rise than in previous games, which is likely intentional to give players opportunities to collect Spiribirds and other endemic life throughout each region.

Of course, fighting monsters is only half the fun in a Monster Hunter game. Despite what the village thinks, hunters are only taking these beasts down in order to make a nice new outfit, and in Monster Hunter Rise the scary new monster to shiny new hat pipeline is as addicting as ever. Weapon and armor designs are great, and you can even make use of layered armor to fine-tune your appearance and look your best on hunts.

Fashion may be the true endgame, but it doesn’t make up for Rise’s actual endgame problems. The Sunbreak expansion is not currently available on PlayStation or Xbox consoles, so players will have to wait for the expanded postgame grind that PC and Switch players have access to right now. Monster Hunter Rise’s base endgame is easily its weakest aspect, and it’s frustrating to go back to that nearly two years after the game’s initial release. When Sunbreak launches, this won’t be an issue. As it currently stands though, it’s hard to recommend dumping dozens of additional hours into Rise after the credits roll.

Still, Monster Hunter Rise is a stellar action RPG that feels right at home on its new platforms. With the game out on every major system now, it’ll hopefully get the same love and attention from fans as World did. Plus, next-gen console features like a 120 FPS mode really make the game shine in new ways. It’s sad that the Sunbreak expansion is being held back for a later release, but Monster Hunter Rise is still absolutely worth your time in its base form.

All Scream Movies Ranked From Best to Worst
Posting....