A generation of hoops goes out with a whimper. 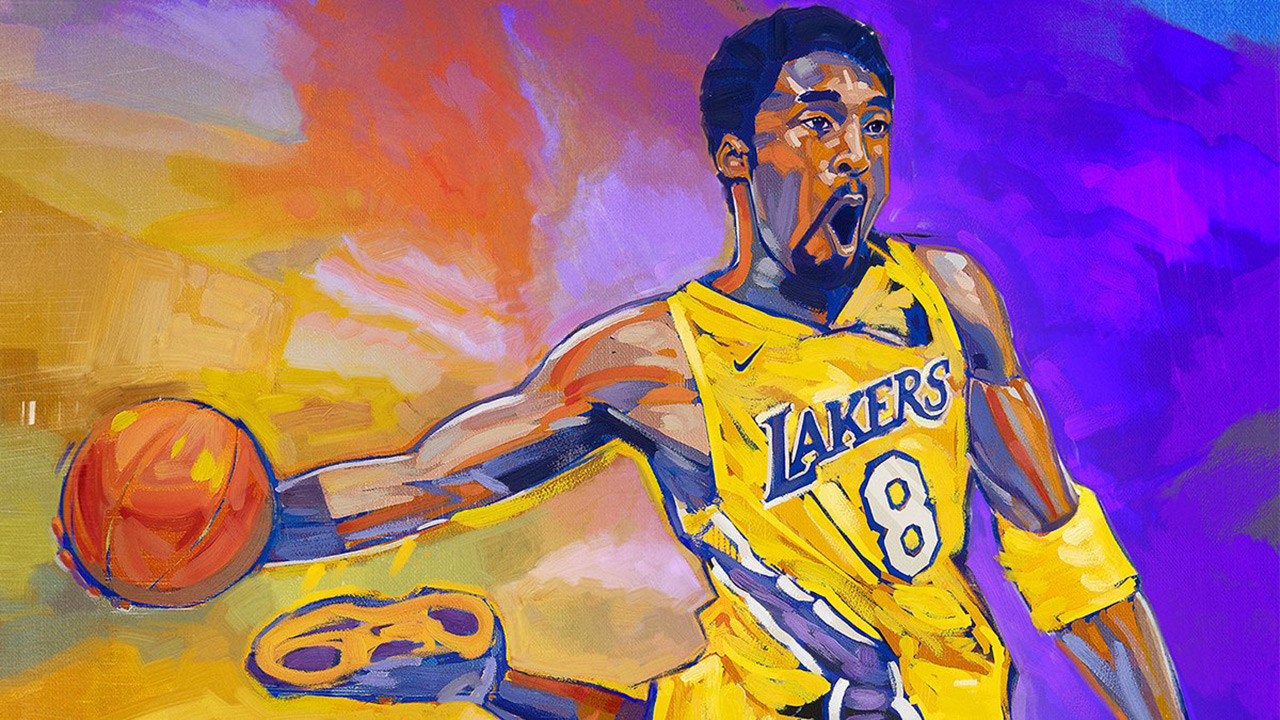 The NBA 2K series entered the start of the current generation with a bang.  Those who have been following the franchise since then will remember the big leap in graphics from the previous generation of consoles.  During the course of the last 7 years the franchise has managed to maintain its dominance and monopolize this segment of the gaming landscape.  With that dominance we’ve seen a somewhat stagnant set of releases in recent years.  While the quality level has stayed high, the features have stayed relatively flat with small tweaks from year to year.  NBA 2K as a series goes out with a whimper this generation, suffering from the same problems it does almost every year.  The usual suspects are here at launch.  Many of the game’s modes just don’t work or are unplayable due to online lag. There’s really not much new in 2K21 to dig into, and to top it off the gameplay changes that 2k has made this year have already been slightly rolled back with a post-launch update, and that still need some tweaking in itself.  It’s hard to call the launch window of NBA 2K21 anything but disappointing, but what’s new?  This is a franchise that suffers from these problems each year.  If you new to 2K, welcome to the shit show.  It should get better from here though.

Before we go much further into this review, I want to point out that NBA 2K21 is a phenomenal basketball game.  It is my opinion that it doesn’t get much better than this when it comes to the mechanics of the game.  The on-the-court systems have progressed leaps and bounds in recent years to give one of the most true to life experiences in sports video games.  There is no comparison to the product on the court, even if the developers manage to stumble from time to time with the core building blocks at their disposal.  The core gameplay of 2K across the many different game modes weighs against some of the new additions to ultimately balance things out, for me at least.  On one hand you have a really good core basketball game, on the other you have some questionable modes and some questionable tweaks to this core formula.  If you’re looking for the short answer without everything else.  2K is a solid game, but depending on how invested you are in some of the other modes you might be somewhat disappointed year over year, and you will most certainly be disappointed at launch as many of the modes that depend on online connectivity do not work or work intermittently. 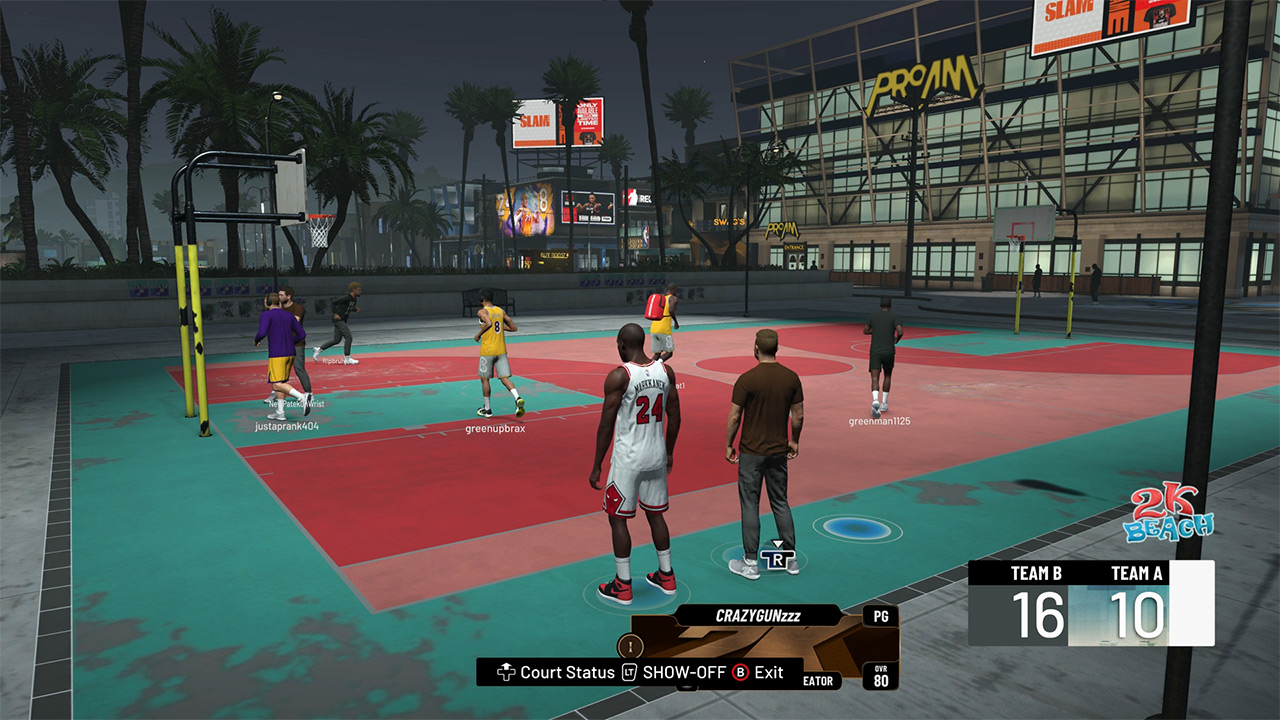 If you played any of the last three games in the series you should be right at home with NBA 2K21.  The feature set is largely similar to the last few iterations of the game, with a high priority put on the My Team and My Career segments of the game.  These also happen to be built around microtransaction and virtual currency schemes which seemingly hope to make you pull out your wallet throughout the course of the year.  2K walks a fine line with these modes and they have progressively gotten less and less consumer friendly over the years.  I would say this year things have hit an all time low for these two modes.  While both the My Career and My Team modes are a lot of fun to play, they are clearly designed to be as much of a grind as humanly possible.  This is especially true in the My Career mode where you build a player and use virtual currency to upgrade them.

My Career is almost intolerable at the onset

My Career combined with the changes made to shooting make this part of the game almost intolerable at the early goings.  If playing a basketball game and not being able to shoot the ball is something that sounds fun then maybe this is right up your alley.  For me, the first 5-6 hours of My Career made me question if it was even worth it to keep going.  Not in the game itself, but rather life in general.  It was so clearly designed to make you surrender, and purchase virtual currency to expedite the process of enjoying the game. My Career is blatant in its manipulation and it is not anything even resembling fun at the onset.  During this process you’re treated to a campaign of sorts, where your very unskilled character is making their way to the NBA.  It’s quite remarkable that as bad as you are,  you are going to be playing division one college basketball and then go on to the NBA.  Even once you’ve reached the NBA you are a pathetic mess of a player.  It wasn’t until my pre-order bonus of 100k VC came in that I actually ever made any progress that made the game enjoyable.  As soon as I poured some money into the player they got more and more usable.  It’s apparently the intended design, but I imagine many people say screw it far before then… especially if they have no intentions of purchasing a $100 version of the game or purchasing virtual currency.  Once your player turns the corner, My Career is a lot of fun and My Player opens up as well.  With the ability to compete on the NBA floor against the CPU and then take your avatar to the virtual park to play pick-up games there’s a lot of time to be sunk into My Player.  It’s an incredibly slow start and an argument could be made that it doesn’t need to be as much of a drag as it is.  This part of the game is a grind fest.  Were talking about one character that requires 100’s of dollars or 100’s of hours to get to a level 99.  Want to try out different types of players?  You better either have a ton of time or some cash. 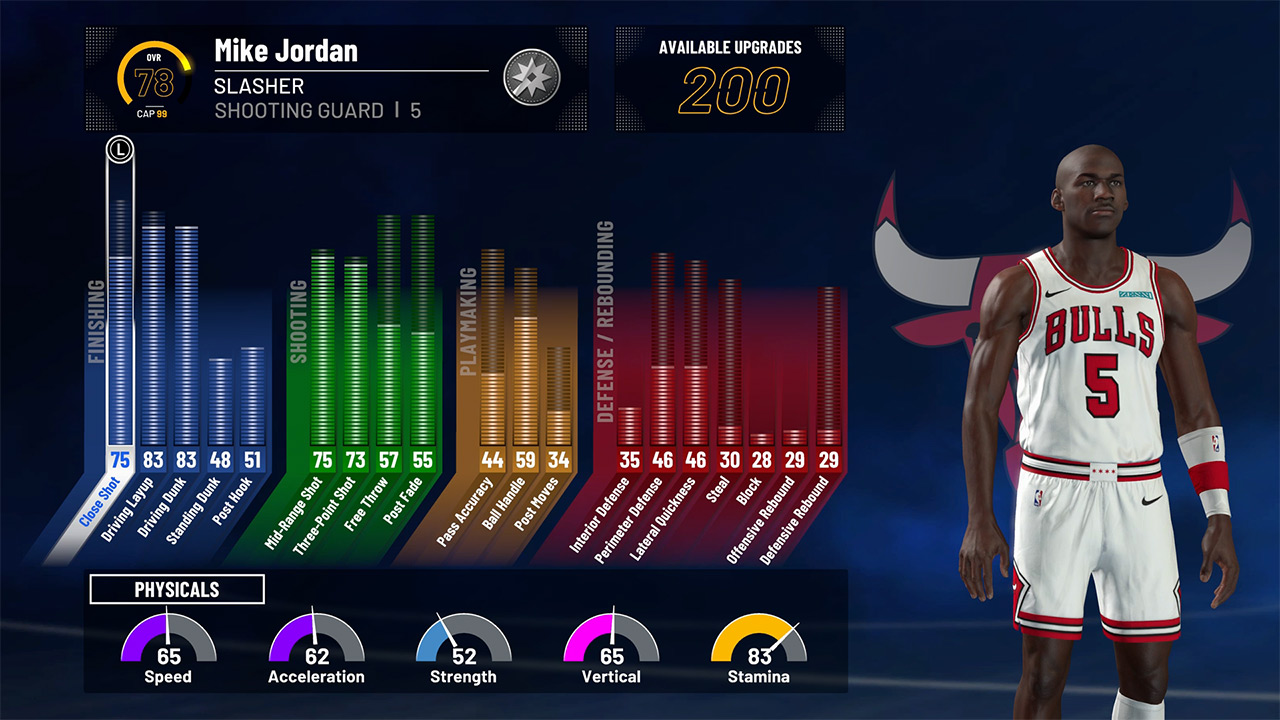 My Team follows the same formula, but instead of upgrading your character you upgrade a team of players.  You open card packs to get these players and, you guessed it, these card packs can be purchased for real world cash.  My Team is a little bit more tolerable than My Career if just because there are many other ways to get cards for your team.  My Team is like a complicated slot machine that has progressive payouts.  Those payouts are high level cards.  Play the mode for just a little while and you’ll get one of those payouts to get you hooked.  From there My Team has a lot of ways to go.  You can play single player challenges.  You can play against others online in full games or 3v3.  You can even participate for the chance to play in a big real money tournament if you’re good enough.  It’s all anchored by the great core gameplay of 2k and that’s what keeps players hooked, but some of the underpinnings are questionable.  My Team very much feels like a complicated slot machine and looks like it at times as well.  The good part about My Team is that at least the online component worked.  We were able to play online modes in My Team pretty much at will, with very little, if any lag.

Fantasy Franchise fans have a ton of options online and off.

There are plenty of other options out there in 2k21.  You’ve got a fully featured franchise mode called My League to accompany My Team and My Career.  This allows you to play an online or offline league with any number of customizable settings, including the ability to just manage your team as a GM.  You can also play a real world NBA season sim (which under normal circumstances would be not started at this point).  You can also play the WNBA season, or you can set-up a customizable playoff scenario.  Franchise Mode in NBA 2K has been good for quite some time.  There are plenty of systems to sink your teeth into, with things like scouting, trades, contract management, drafting and more.  It really is a shining example of what to include in a franchise mode for sports titles.  Couple that with just how good the gameplay is and you’ve got, once again, a game that’ll get you through the year with little worry.  There’s really not much that needs to be added here in franchise, and it really hasn’t needed much in a while. 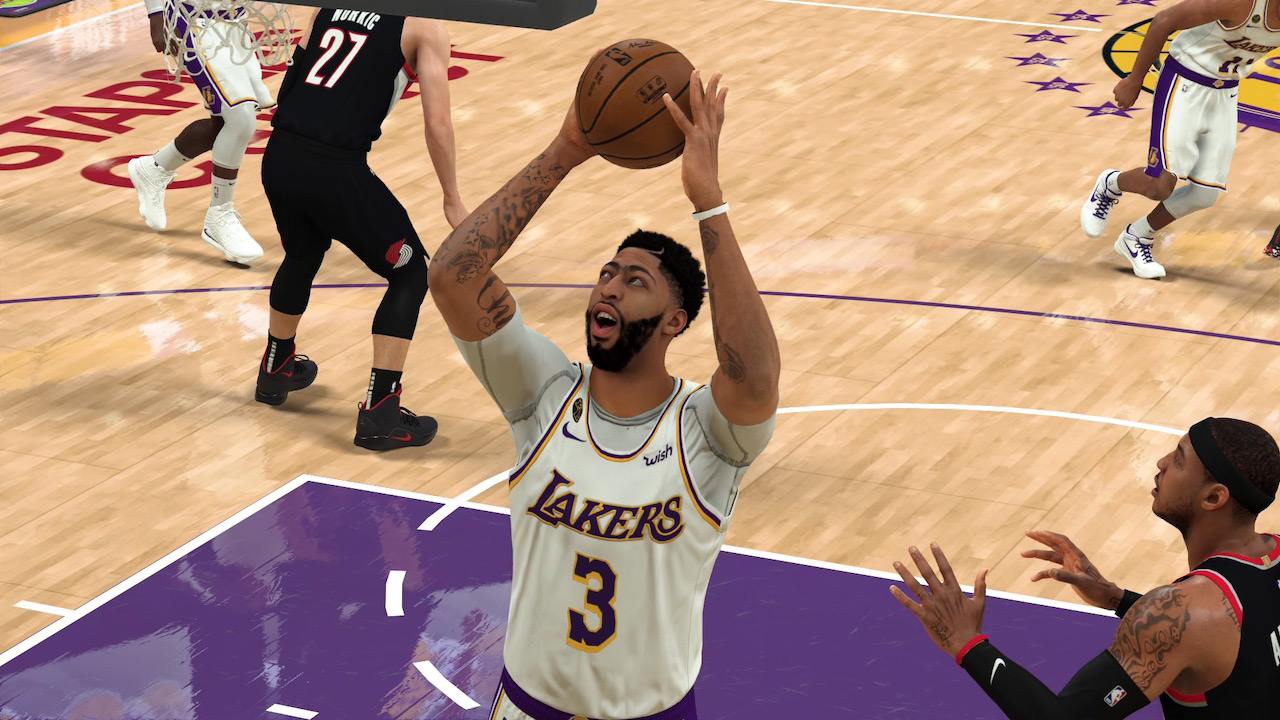 Of course, you’ve also got a myriad of ways to play quick matches.  If you want to hop in with friends to play some local hoops you can still do that.  You can hop into online quick matches as well, which allows you to progress through a gauntlet of leagues.  There’s a comprehensive tutorial system and countless variables that can be added to the quick match experience.  Just about every way you want to play the game in one match can be set-up through the game’s “Play Now” section.  It’s not all that different, if at all, than what’s been on offer in recent years.

On the gameplay front, 2K has had things dialed in pretty good for a while now, but this year  they’ve decided to make some changes.  This is mostly changes made to shooting and to the controls of dribbling the ball.  NBA 2K21’s changes definitely have shaken up the formula, giving players who like to create, a lot more room to get creative.  There are a myriad of dribble moves, break down dribbles, crossovers, steps, and more to master using the sticks.  You can also shoot with the stick as well, but 2k has always had a problem in using the stick for both shooting and dribbling.  This year solves that somewhat and the dribbling end of the equation is actually a lot of fun.  The shooting on the other hand, is bad.  At the moment it’s not quite as bad as it was at launch, but that’s only because of an emergency update.  Whether opting to use the shooting stick or the shooting button, timing or aiming, shooting is tough.  It’s still tough, even after the update.  Getting badges for your My Player helps, but it’s just an unforgiving game when it comes to shooting.  It asks for perfection and the ability to learn all player’s jump shot release timings if you want to be competitive.

Despite it’s failings here at launch, it’s hard to imagine that 2K will get worse from here.  In fact, as someone who plays this game each year it’s almost expected at this point.  I can’t think of a single year in recent memory that this game launched without issue.  Hopefully, things do get better.  What is here is another solid entry in the series that builds upon the great gameplay strides of the last few years.  It will be interesting to see where 2k goes with shooting and if the latest update will be enough to get casual players interested in the game.  It’s hard to imagine someone that isn’t a 2k fan actually enjoying the grind or frustrating shooting mechanics.  For 2K fans, it’s more about adjusting and adapting as the changes come down the line.