The racing genre is easily one of the most common in all of gaming, with countless variations across many different series. Need For Speed certainly has been one of the most prolific of the bunch, churning out sequel after sequel and even a feature film, but now the race is getting a restart with the online-only Need For Speed reboot.

The Need For Speed franchise began back in the mid ’90s as a rather simple racer with police chases mixed in that has evolved a lot over the years, with the implementation of an open world being a big selling point in the more recent outings. That is the basis that the Need For Speed reboot takes on, with the decent sized city of Ventura Bay to explore that looks fantastic visually.

Need For Speed utilizes only a night time setting only, which manages to make great use of lighting to stand out. It is a little disappointing that no day time portions were included, but the game looks good enough to where it isn’t much of a problem. Rain is also a big part of Need For Speed, as it is found throughout most of the game, and the wet roads that come as a result also look really good in action. The cars also look absolutely gorgeous both in the garage setting and out on the streets, which really does help to show what is possible on current-gen consoles.

While the visuals are outstanding, the overall performance in the game is pretty disappointing at times. At most points, the game will run well as you race through the streets. However, the problem that crops up way more than it should is the dropping frame rate. This happens in multiple occasions, though most prominently when racing at higher speeds in the higher performance vehicles.

This frame rate drop from 30fps is not the only technical issue, as the game more often features stuttering as well, which you can always tell by the skipping of the music. These are far from gamebreaking, as they luckily sort themselves out after a few seconds, but that is all the time in the world for a racer, where split second decisions have to be made. 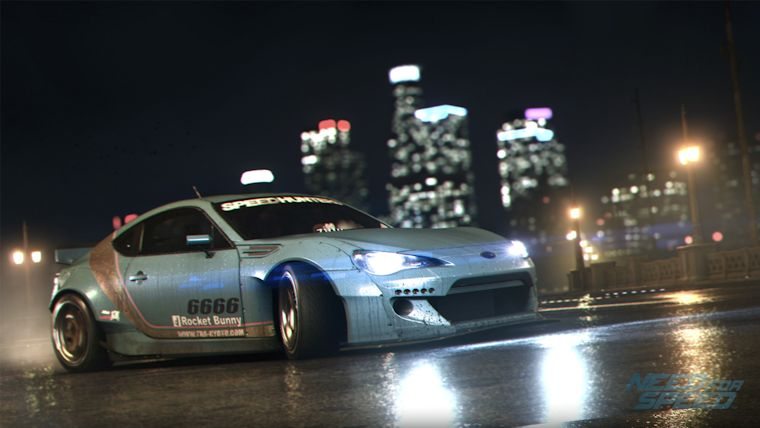 While the performance is questionable at times, the racing itself is very well designed. This comes as a result of the very impressive customization options available to you, which become even more involved as you earn money and can buy new cars or upgrade an existing one. At the start, one gets the choice between a few cars, but the in-game money that you earn can be used to buy other vehicles.

A lot of racing games have the problem where the early vehicles you get and upgrade can become obsolete just by purchasing a more expensive car, but that actually isn’t the case here. If you really want to put the money into the first car that you get, it will manage to be on par with other vehicles. This deep customization, especially on the lower end cars, is what will keep players coming back for more in Need For Speed.

The most important way to unlock new parts is through Rep in the game, which is essentially the in-game level that goes up to 50. The Rep is earned through a variety of different methods, which are split between styles that are known as Speed, Crew, Style, Build, and Outlaw.

Need For Speed is split between the five different play styles, which are each associated with a character in the story. Missions types tend to overlap between each of them, with the majority of them being either races, time trials, or drift competitions. These can be a little repetitive at times, but the game manages to mix them up well enough to where there is enough variety.

Four of the five characters associated with these styles will constantly be contacting you through your cell phone about these missions, which is one of the most annoying aspects of the game. Whether in the garage, on the streets, or even in a mission, your phone will continue to ring way too much, which also vibrates the controller. This is something that really should have been dialed back, as there is no need for that many calls after the initial missions are given out.

The difficulty curve is actually a big problem with the missions early in the game as well, largely due to the unforgiving AI. The biggest example of this is your opponents catching up when there is absolutely no way they should have been able to based on how far back they were. However, after upgrading your vehicle and tuning the handling to your specifications, there is a lot more balance found in the game, which makes this much less of a problem. 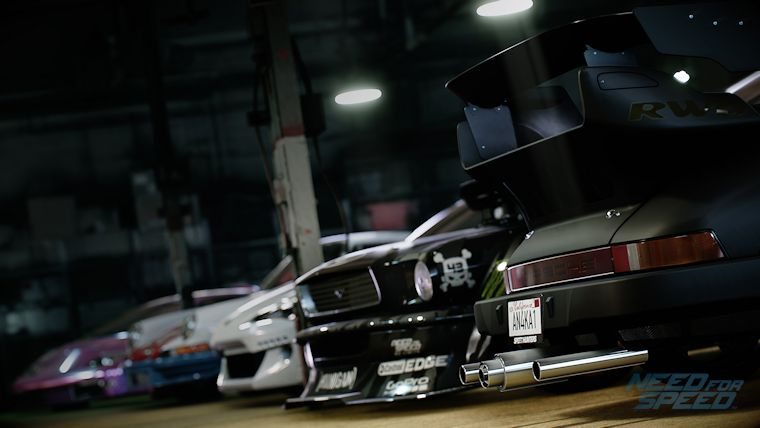 Getting to and from each of these missions could take awhile with the size of the map, but Ghost Games wisely included a teleport feature that makes things much easier. This allows you to teleport anywhere on the map with ease, which helps to prevent the player from growing tired of driving around the map so often across the game’s 79 missions.

Police chases have long been a part of the series that fans loved, but here they are more of a nuisance than anything, largely due to how they are tied in with the Outlaw missions. The police are often hard to find on the map, though they do happen to show up at the most inopportune times. The Outlaw missions are based upon these, which makes it a lot harder to advance in that department. The early game AI issues are a problem here too, as the cops are almost too hard to escape from at first, but after upgrading they are way too easy to escape from, even at the highest wanted level. Just to get them to keep up, you will have to slow down constantly, which it really takes the intensity away from these encounters.

The game’s story itself is somewhat of a polarizing experience, as it utilizes the live action cutscenes that the Need for Speed series has been known for over the years. These cutscenes are pretty bad throughout, complete with obvious Monster energy drink product placement, but they are basically meant to be that way, as they fall in the so bad they’re good category. The story is very corny and over the top, but works much more effectively than the way too serious stories that games like The Crew attempted.

While the story is much more lighthearted and fun here, you can definitely see a lot of comparisons between Need For Speed and The Crew in other areas, namely the always online setup. Need For Speed requires the use of online at all times, with it being completely useless without a connection. This is problematic as even a little hiccup in the local internet connection or servers will boot you out, regardless of if you are about to win a race or not. This gets incredibly frustrating when it occasionally seems to happen for no reason at all.

While the always online really adds almost nothing to the experience, it also takes away the ability to pause. There is almost zero excuse for any game to remove the ability to pause, unless you are in the middle of an online game with another person. While doing completely single player missions or even just driving around the city, there is no way whatsoever to pause the game.

The always online is also rather useless, as all it basically does it throw other players in this open world experience as well. It is kind of cool to see a real person being chased by a cop in the game, but these other players often get more in the way than anything else. There is the ability to form crews with players, but there is almost zero reason to even bother. 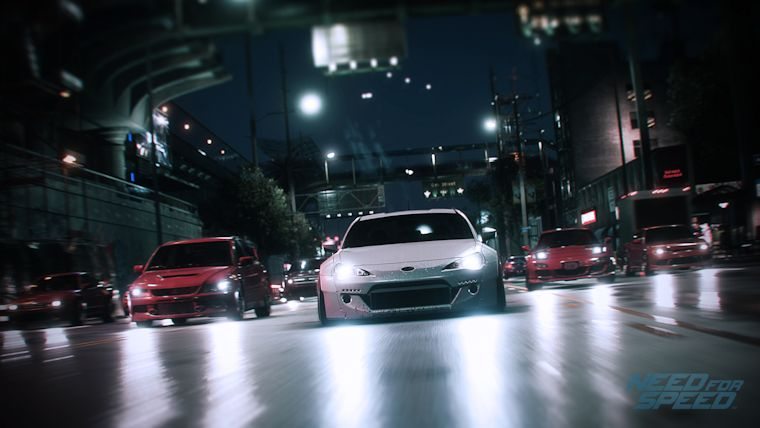 The only multiplayer in the game is found in 1v1 races, which can only be executed by driving up to someone on the map and challenging them directly. This game really could have used a way of starting multiplayer races much more efficiently, such as being able to challenge from the game’s map screen.