NHL 21 isn't in the middle of a rebuild but it definitely isn't taking home any trophies. 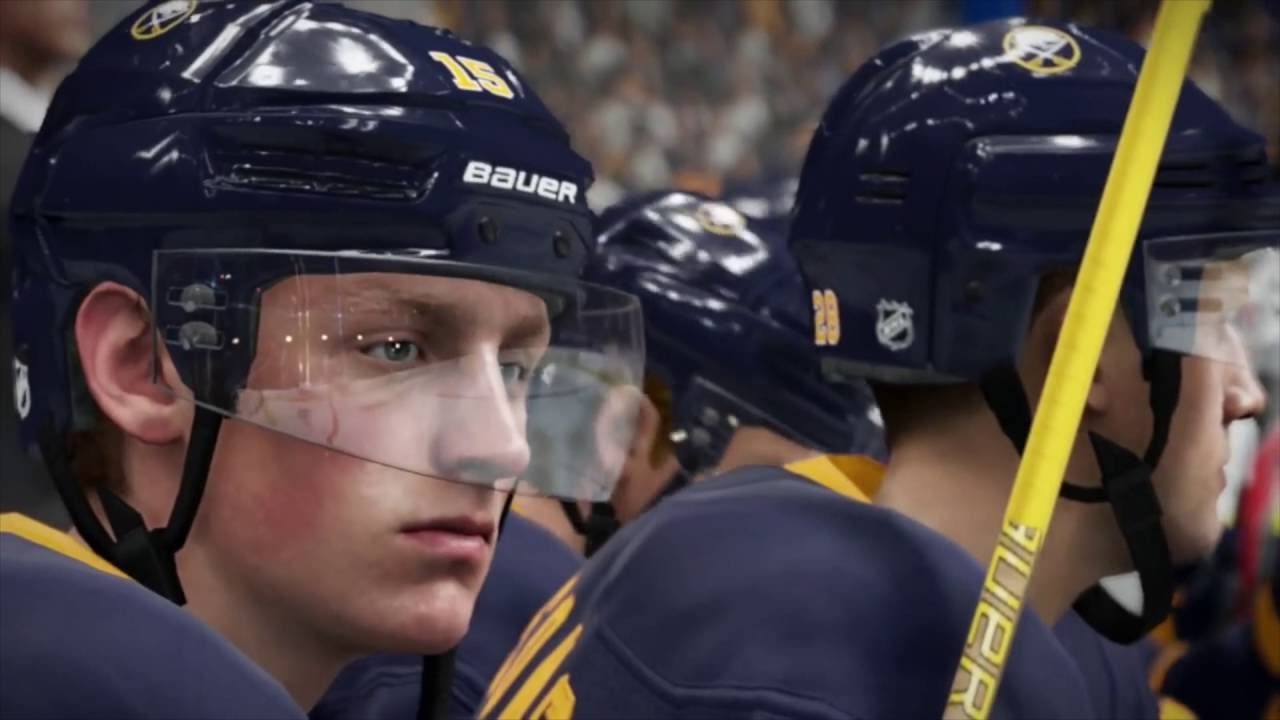 There’s a thing to be said for consistency, both in video games and in sports, and it elicits some different responses from different people: either you’re happy that a game you love hasn’t gotten worse or you’re disappointed that it isn’t getting better, generally. While I’m in the latter camp, most times, NHL 21 definitely feels like a game where for every step forward that it takes, it doesn’t take them without a few hang-ups. Thankfully, though, the game is putting more points on the board than it’s letting them in, so this last entry in the storied franchise for this console generation can go out on a positive note.

For newcomers, there’s a little something for every kind of fan. For veterans, things remain mostly consistent, even where it shouldn’t be.

It feels like EA Sports brought NHL 20 to a table and asked a group of fans and asked them what could be done to improve performance and everyone decided to focus on something different while avoiding the elephants in the room. For example, where there was a solid effort to allow players to pull off awesome moves like The Michigan – that crazy lacrosse style wrap-around goal everybody talked about for months after Svechnikov pulled it off in the NHL – the actual likelihood of you being able to pull off that brilliant play is so slim because setting up these plays in real-time is incredibly hard to do. Passing lanes for one-timers are not exactly easy to pull off in reasonable difficulty levels because there’s some misunderstanding that more realistic hockey plays often means the AI, on defense, crashes in on the puck carrier and spins around, looking for something to do, instead of covering their positions. The AI on offense isn’t much better. sometimes shooting and passing into a cluster of players with reckless abandon because previous to the pass, the intended recipient was wide open. EA Sports did a great job of making play more realistic by trying to allow you more options when in the heat of the play, as well as making your opponents and teammates more competent but the issues present in previous entries are still present and it feels like those previous issues hinder any of the new features from being everything they could be. When it does work, though, it’s a beautiful thing, and it gives you enough excitement that it presses you to keep trying. The game also looks and sounds much better than previous entries but that’s also kind of expected.

Online play modes feel, more or less, the same, especially in cases where there are no computer players; you pray that your opponents and teammates are at an equal skill level and that they aren’t actively trying to game the system. NHL Threes and Ones feel great for those who want a more arcade-like mode where you’re not struggling to deal with knots of players, trying to avoid taking soft penalties and the sticks aren’t treated like lightsabers. It’s a nice distraction from the more realistic and single-player modes, with the exception of the Hockey Ultimate Team: one of the rare moments in gaming that provides a great competitive multiplayer online mode that doesn’t bleed you dry through microtransactions. Things feel a little more refined and fun and definitely more rewarding in the sense that it’s easier to progress without dropping your life savings into your lineup.

While the game feels changed, it’s hard to tell if it’s actually revised or the changes are just stapled on.

One of the biggest things EA Sports changed about NHL 21 was the Be A Pro mode, something that sorely needed a focused upgrade. It feels like a statement about the game as a whole, but I’ll get to that in a bit. They’ve taken something that just felt like a literal single-player mode that lets you take complete control of the creation and development of a single hockey player as they moved through the juniors and into the NHL if you so chose to go that route. Now, you have what feels like a fully fleshed out career mode where you get to develop your character even further through interactions with your teammates, your coaching staff, and your management right from a championship tournament in the juniors to your career in the NHL as a rookie competing for the Calder and, ultimately, the Stanley Cup. Right from the start, though, things feel like they’re so much better but it would have been so easy to make things even better than that: for example, adding voices to dialogue sequences, waiting to release the game so that way NHLPA licensing for current rookies would allow for a more interactive draft experience, using specific likenesses and personalities for teammates, things like that. When you get a taste of something like this, something that should have been getting this kind of treatment all along, it leaves you wondering why they just didn’t go all-in like their marketing makes it seem like they did. 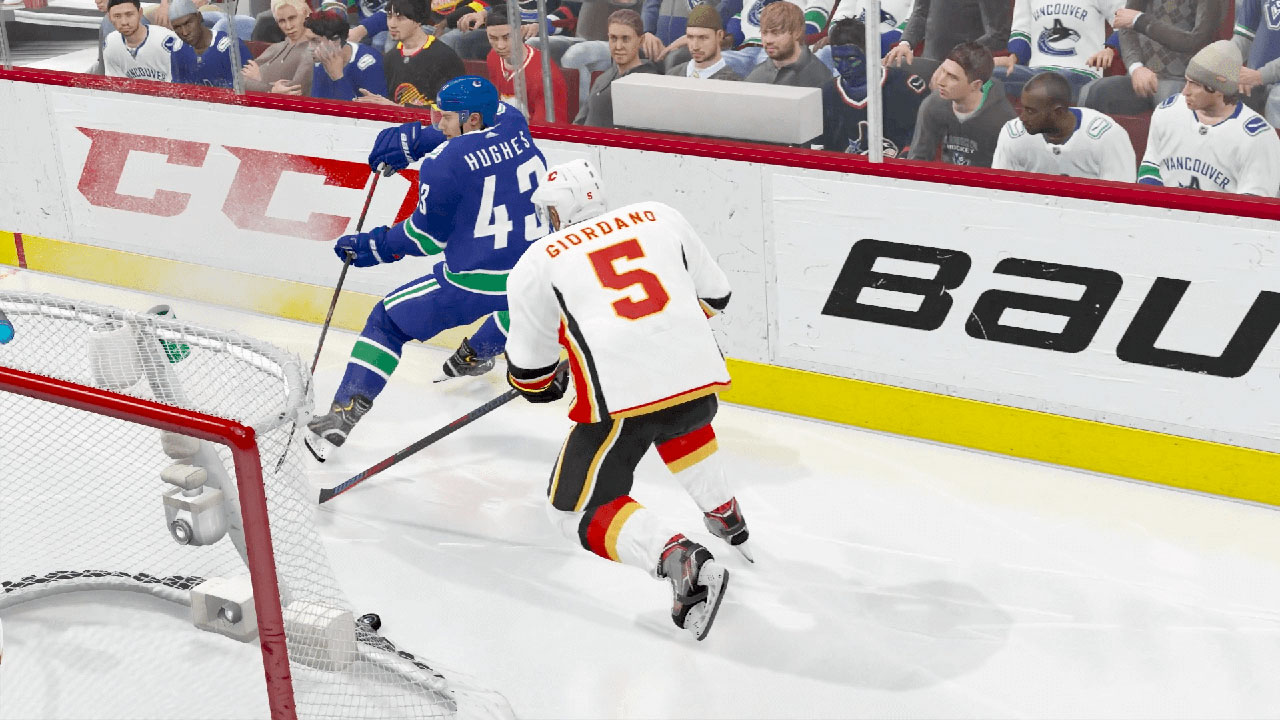 This is also from someone whose two favorite modes in this franchise include Be a Pro. I love the idea and it’s one of the reasons I own as many copies of the franchise as I do. I’ve seen this franchise through some pretty crazy, amazing, stupid, and confusing moments, and NHL 21 is just as much of a head-scratcher because it feels like, like I said before, that they just kind of stapled all of this on the previous iteration of the franchise. They didn’t necessarily need to scrap everything and start from scratch because I’m sure they have that ahead of them with the next generation but they could have made it feel like they cared a lot more about fixing what was wrong with previous iterations of the game as opposed to just adding things in, some of which work and some of which feel like they could have been better.

NHL 21 feels like a mixed-bag of missed opportunities and it’s hard to feel badly about it.

As a longtime fan of the franchise, I love how far the game has come and I’m really enjoying some of the online modes consistently, for once, and I’m digging Be A Pro in a way I never have before. That being said, I feel like they could have done a whole lot better to get people amped for the next generation of hockey titles instead of really relying on the marketing to sell the game. Whether or not the intended market for this game sticks with it really falls on the back of the team that’s responsible for this game to keep up with roster and tuner updates because there’s a lot to refine here. Part of me hopes that the team makes an effort to fix a lot of the AI issues at higher skill levels as well as the fact that sticks are treated as though they’re also made of rubber, except for when you’re trying to actively play the puck, then good luck, because you just might take a soft penalty.

In spite of all the things I said, here, I still found it very easy to enjoy NHL 21, as everything I loved about previous games was present, even if playing the game itself was different and those differences exacerbated problems already existent. It’s still a solid hockey game that exists during the off-season, especially after the last season and playoffs us hockey fans just had to witness. It’s just a damn shame that it couldn’t have been more than it was because it feels like the advertising leaned really heavily on things to make it sound greater than it really was. Let’s just hope next year’s version of the game is the complete restructuring this franchise desperately needs.