Want more Spelunky 2 and Hades in your life? 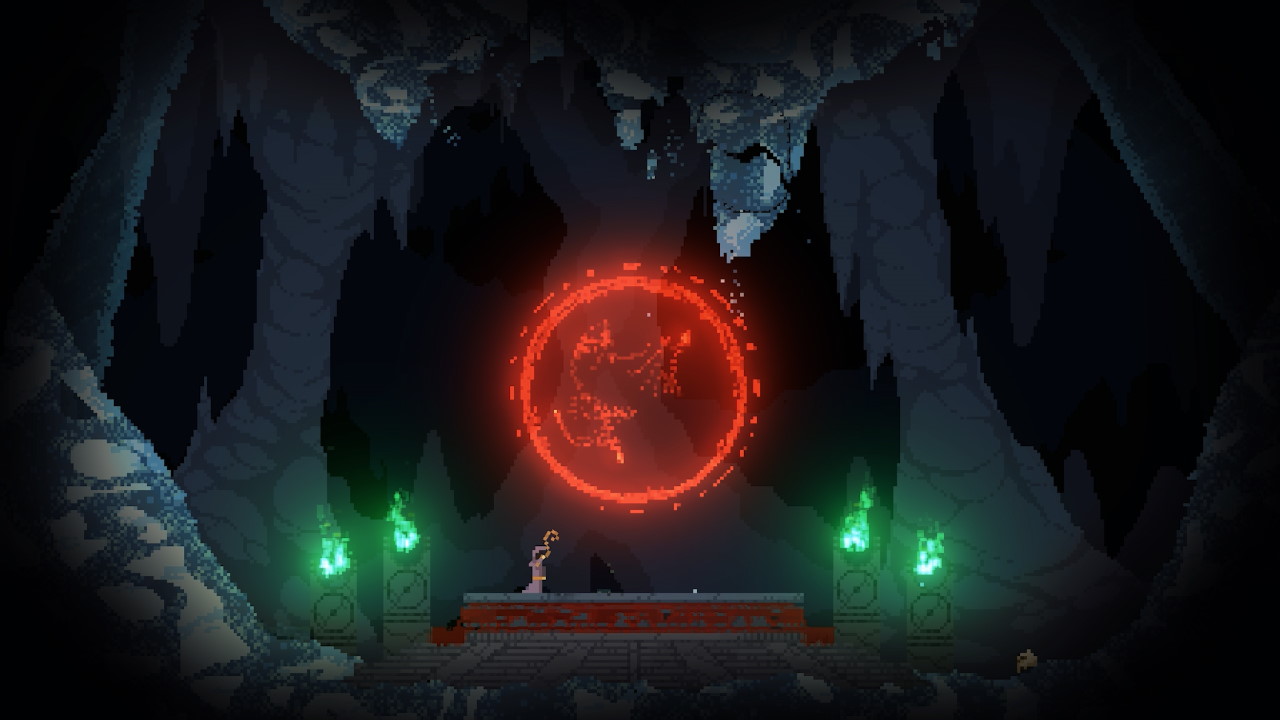 Roguelikes may have been a much beloved genre for years but they’ve taken on a life of their own lately. Huge releases like Hades and Spelunky 2 have come in just the last few weeks, but the roguelike revolution has been going strong for years. With so many high quality titles hitting all the time, it’s tough for any single game to truly stand out. And yet Noita has so far, as it worked its way through early access and toward final release. Now that that full launch is upon us, has it missed its moment or has the roguelike genre received another unique and innovative release?

Like most roguelikes/roguelites, Noita doesn’t have a full and robust story. Instead the game drops you into its world and sort of lets you discover it all on your own. As the titular Noita, which is Finnish for “witch” you will be exploring deep within a massive cave system that is filled with monsters from Finnish folklore. All the usual roguelike staples are here such as randomized levels, brutal difficulty, and a constant push to reach new heights (or depths) as you figure out the central mysteries of this unique world. What makes that world so unique? As the developer puts it: “every pixel is physically simulated.” 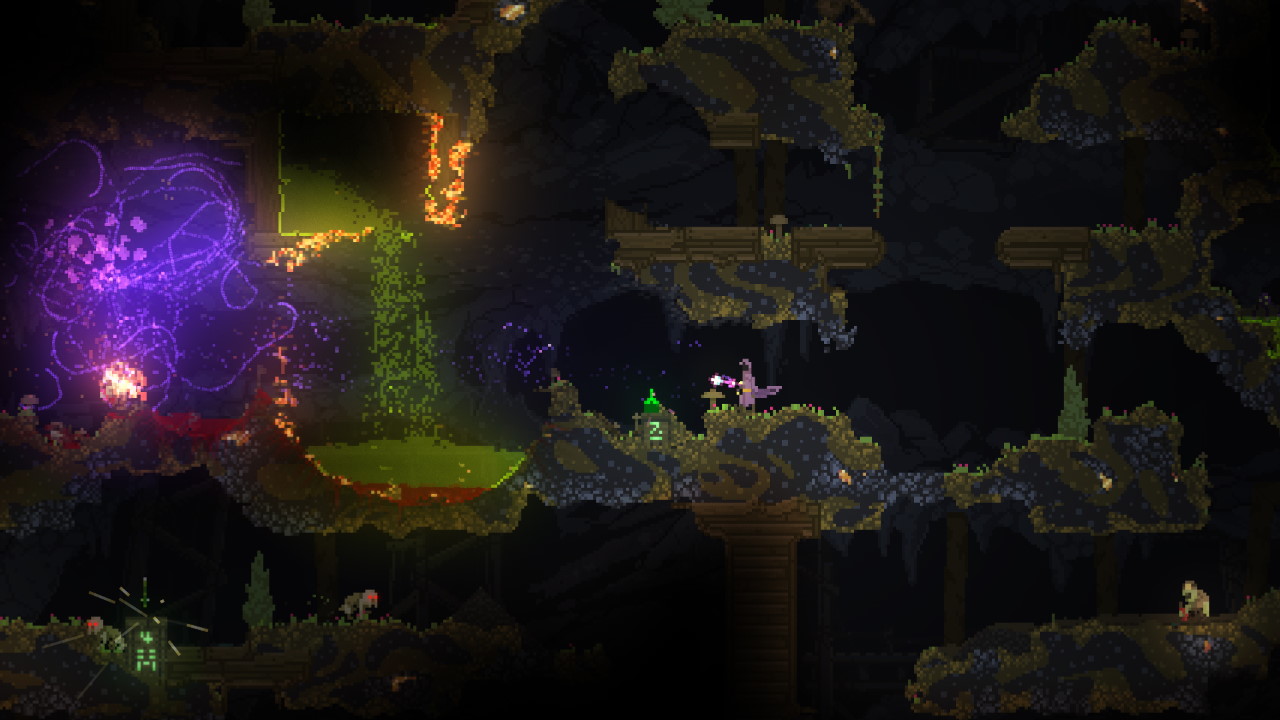 That may not make sense on paper, but once you see what it means in the game it will open your eyes to the incredible depth on display in Noita. Basically what every pixel being physically simulated means is that the game will act and feel much more realistic. In many other games a chair is just an object within the game world like any other, but for Noita it has the physical properties of a chair. Is it wood? Then it can be burned. Once it’s burning you can douse it with water to put the fire out, with each pixel taking damage through this process. This is an extremely simple example, but the mechanics are simple at their core. What’s interesting is how they all interact to craft a truly unique gameplay experience.

As you explore the caves in Noita the world starts to click together in fascinating ways. Was that path blocked by stone or wood? If it’s stone then you should be able to bomb through it. Wood? Light it up. But wait…is the fire spreading? Is the whole level alight now? Thankfully there’s a big reservoir of water up above, what if you blow out the side and let the water flow downward, extinguishing the flames. Should you do that now or after it consumes a few more enemies? Also, what wands and spells do you have handy and how can they play into this scenario?

Oh did I not mention those? I mean, you are a witch so they should be expected. But just like all the other expectations you may have had about Noita, you might want to dial these up a few notches. Starting the game you will have two wands that are pretty simplistic. Usually they’ll fire a projectile and sometimes let you drop a bomb, but the key is to get new ones and modify them as much as you can.

Just as each pixel is a unique element of the game in Noita, many wands and spells are able to be made totally unique. Wands cast spells based on how you craft them while visiting the safe areas between stages. Each new one you pick up will be randomized in some way, offering things like crystal mines, ricocheting shots, or full blown nuclear explosions. You can also pick up individual spells that can then be stacked onto other effects creating something uniquely powerful and useful. You can get a quick taste of these by loading into the semi-random run options or the daily challenge, even if you’re not skilled enough to create them yourself. 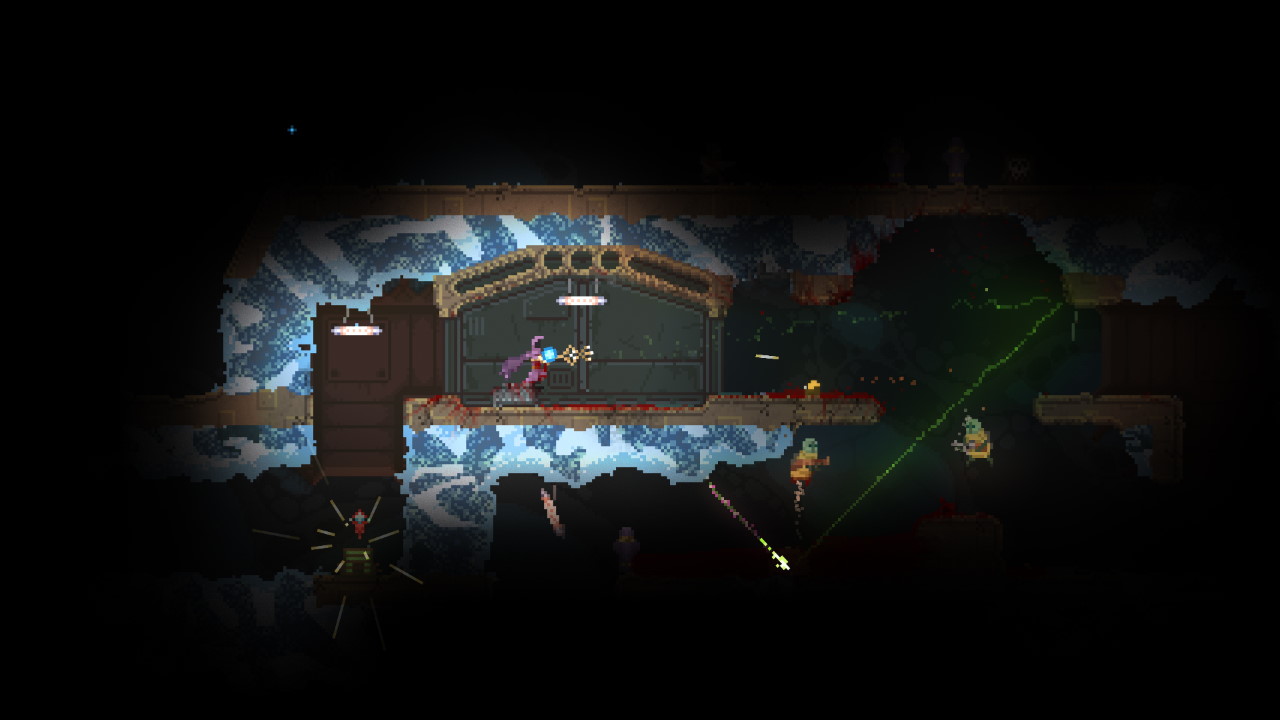 The fun in all of this is just seeing how it all fits together and what new combinations of wands, spells, powerups, and abilities you can create. If you’re the type who enjoys mixing and matching chracter classes and abilities until you have essentially broken the game then Noita is made for you. The game never breaks under this strain either, with each run feeling challenging even as you craft seemingly overpowered inventories. That nuke wand might seem like a game winner until you fire it in the wrong place and cause a cave in that buries you under pixelated rubble.

There’s already enough here to craft an innovative roguelite experience, but Noita still goes further by offering more systems and mechanics to play with. However, it does put the responsibility for figuring all this stuff out on the player, to its detriment in many ways. I see a lot of beginners give up before ever understanding how this intricate puzzle fits together and just how much freedom they have in that whole process.

Noita is a true standout title in the roguelike genre, featuring endlessly deep gameplay that plays off of its engaging pixel art style. It takes some time to reveal itself and will turn away those not willing to put the effort in, but for those that do the rewards are great. If you’ve become exhausted by the glut of AAA titles that look great on the surface but feature little depth underneath then Noita should interest you. This game might look simple at a passing glance, but its depth won’t be measured until thousands of players have a chance to dive in and reveal what’s been there the whole time.