Though it isn't genre-defining or groundbreaking, Overwatch 2 takes the original and improves upon it in almost every way. 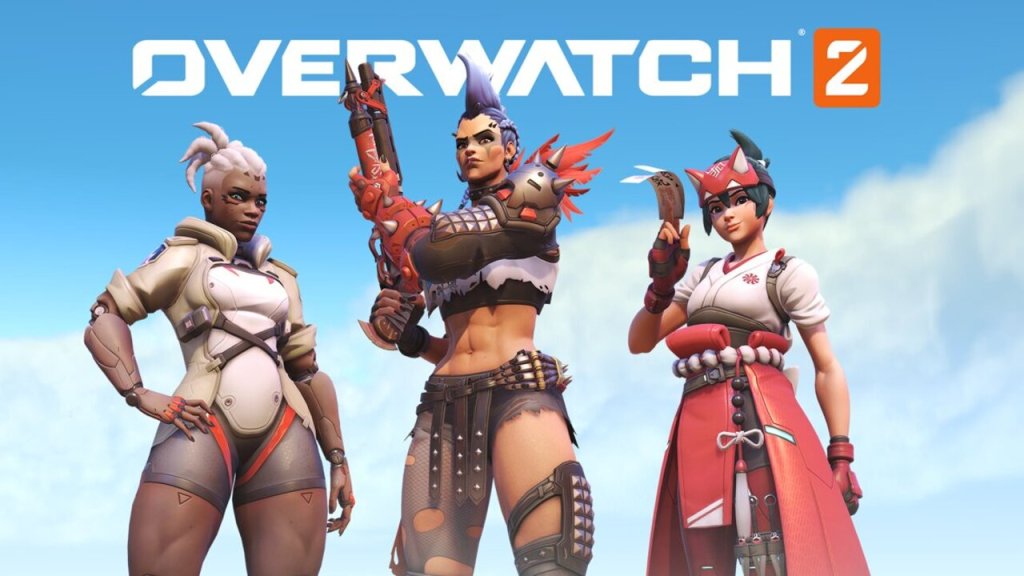 The Overtime clock is ticking. You respawn and use Lúcio’s Crossfade and Amp It Up abilities to give you, Sojourn, and Echo the speed boost you all need to get back into the fight. There, Wrecking Ball and Ana are holding out as best they can. Enemy missiles fly, shields are up, and bullets are blazing. Just when all hope seems lost…

—Suddenly, with calculated communication, all of your allied Heroes simultaneously use their ultimate abilities. A field of deadly proximity mines litter the objective, railgun beams slice through the air, and Echo transforms into the enemy D.Va, delivering an exploding mech right on the Payload. The Overtime clock runs out. You’ve won!

Overwatch 2 is one of the most exhilarating gaming experiences available today. But, if you’ve played Overwatch 1, you already know that. For players like me who have never played Overwatch 1 but have always wanted to, there has never been a better time to answer the call and join the fight.

While Overwatch 2 might simply be more Overwatch, that isn’t necessarily a bad thing considering how good the original was and how well Blizzard has managed to fine-tune the core experience. But just because the core of Overwatch 2 is a genuine thrill doesn’t mean it is without its drawbacks.

Overwatch 2 is a confusing sequel. In the world of live-service games, sequels aren’t common since a revamp and rebranding of the original game is just as acceptable. When live-service sequels do come along, they usually put the old to rest and introduce new maps, characters, game modes, and more. And though Overwatch 2 does do that to varying degrees, in reality, it feels like Overwatch 1.5. 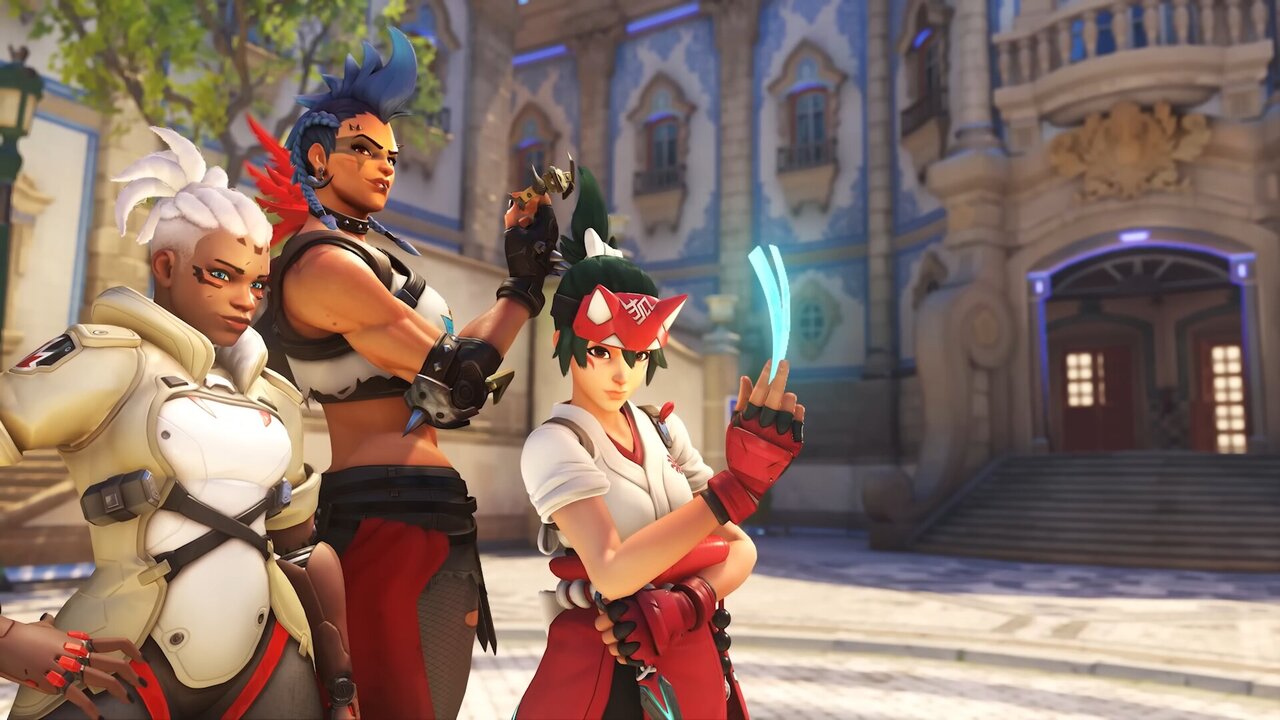 There are three big changes that qualify this Overwatch sequel: free-to-play, an ongoing seasonal schedule, and shifting the team composition from 6v6 to 5v5. Starting the tried-and-true seasonal release schedule while making Overwatch free-to-play is a method all too common for live-service games—but that’s because it works.

For the most part, the fact that it is now free-to-play and has consistent seasons in the works is a welcomed change for Overwatch 2. More players are bound to join the community and more consistent content will roll out. Knowing that Blizzard intends to continue its support for Overwatch 2 makes the appeal of diving in and sticking around much stronger. 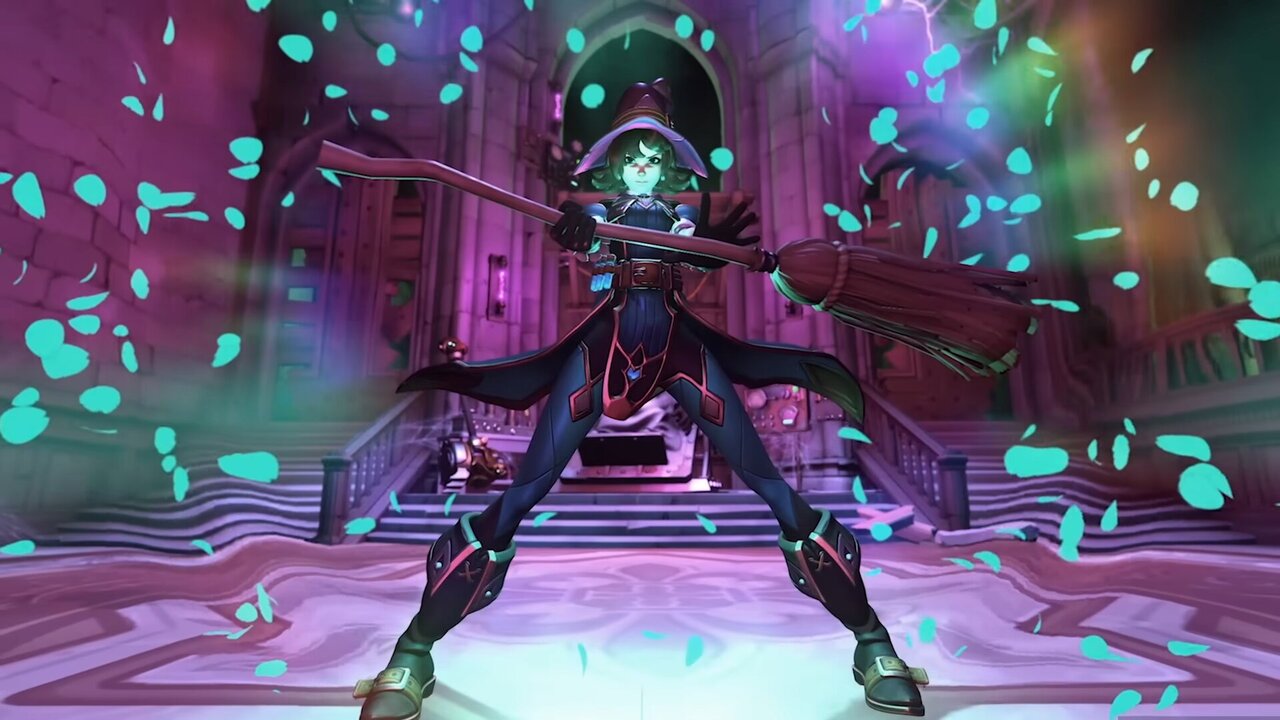 Another positive change is switching the 6v6 formula to 5v5. Because of this change, teams primarily, but not necessarily, are made up of one Tank, two Damage, and two Support Heroes. 5v5 makes each match feel less chaotic and more strategic.

Each Hero selected needs to synergize with your team and counter the enemies. With the removal of one Hero from the team, each player has a bigger responsibility and impact on whether their team wins or loses, which may sound intimidating, but it instead results in tighter team unity and camaraderie.

Heroes Perfectly Balanced, As All Things Should Be

The heart and soul of Overwatch 2 lie within its Heroes and balancing. I dive deeper into my positive experience with Overwatch 2’s Heroes and overall balancing in my hands-on preview, but just to summarize, what makes Overwatch 2 special, fun, and addicting is the diverse cast of Heroes and world-class balancing. 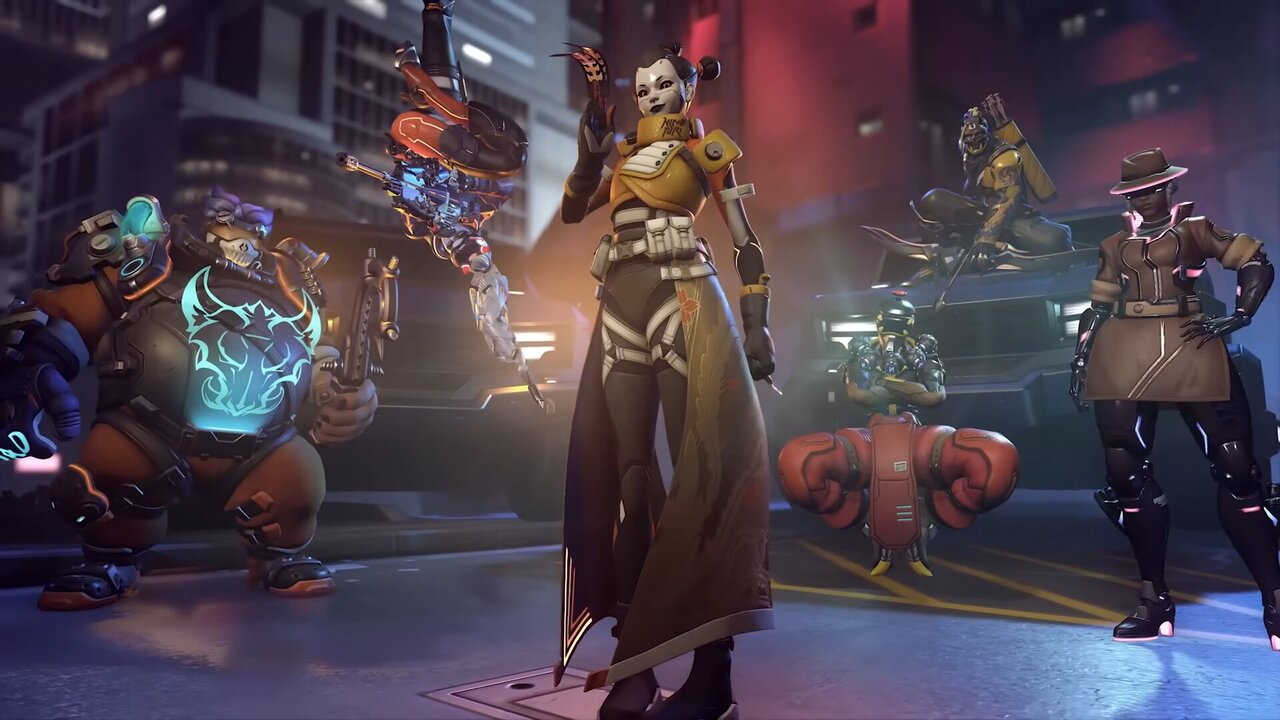 While every Hero is fun to pick up and play, discovering which Heroes suit you best and dialing in on their deeper strategies is an absolute blast. Each Hero is wildly unique, has a tight, exclusive kit that matches their individual lore, and has dozens of extraordinary skins, which all work together to add flavor and story to the game.

From my experience, the balancing achieved in Overwatch 2 dominates the balancing in other FPS and Hero-based games. Though no game’s balancing will ever be perfect, Overwatch 2 gets close, thanks to its well-defined character Roles, Hero counters, and attention to individual Hero mechanics.

Every Hero Has a Few Scars 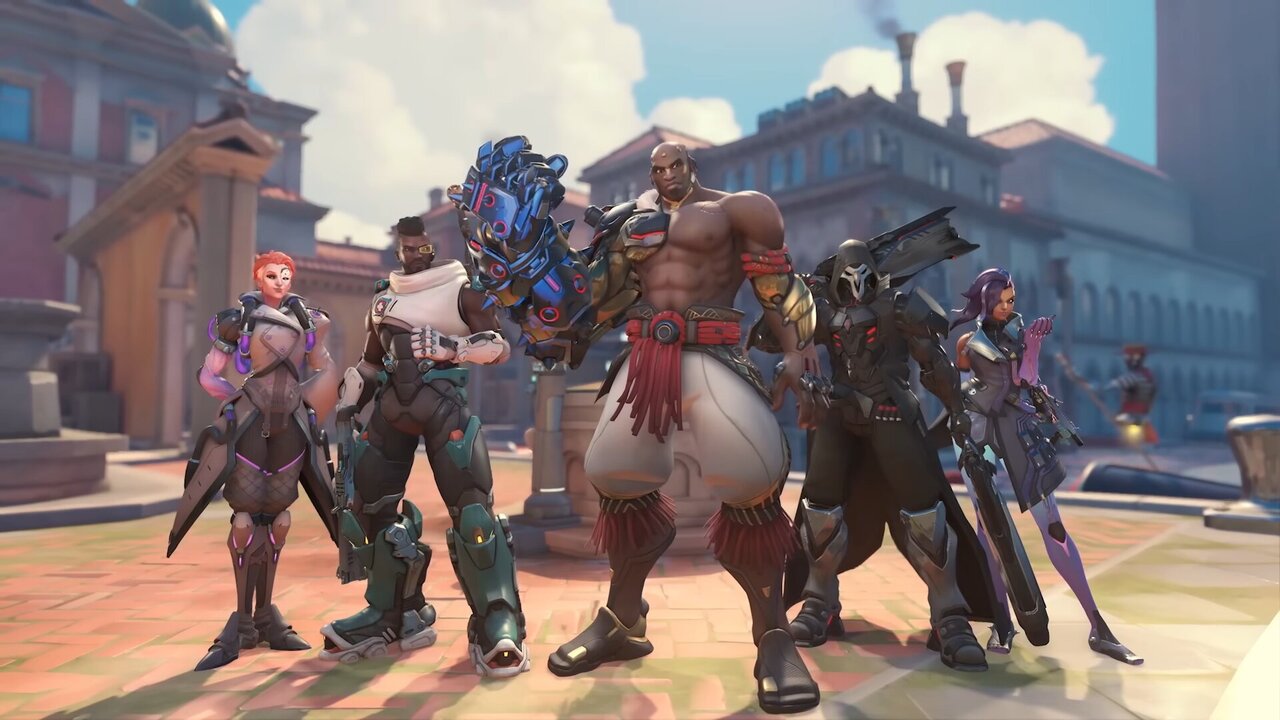 The standard within the gaming industry for delivering finished games is slipping. Based on unfinished games we’ve seen get released in the past few years, it isn’t unexpected to see Overwatch 2 launch without its promised PvE, but it’s still unacceptable.

For long-time Overwatch fans and gamers who prefer PvE, you are going to have to wait til some undesignated date in 2023 for the PvE campaign missions. Overwatch 2 already feels like a strange, hollow sequel, and the lack of PvE at launch just adds to that.

Another misstep Blizzard has made is locking new Overwatch players out of immediate access to the entire Overwatch 2 Hero roster. If you haven’t purchased Overwatch 1, you will have to play 100 matches to unlock all 35 Overwatch 2 Heroes. Not only is this not fun, but it also undermines one of the core gameplay loops of Overwatch 2: picking different Heroes to counter your enemy mid-match.

Although this idea could have been paved with good intentions, it ends up feeling like a retroactive pay-to-win model that makes getting into Overwatch 2 even harder than it already is. I don’t have too big of a problem with making the new Heroes only unlockable through the Battle Pass—like the example of unlocking Kiriko through the Season 1 Battle Pass—but the initial gatekeeping for new players is an issue. 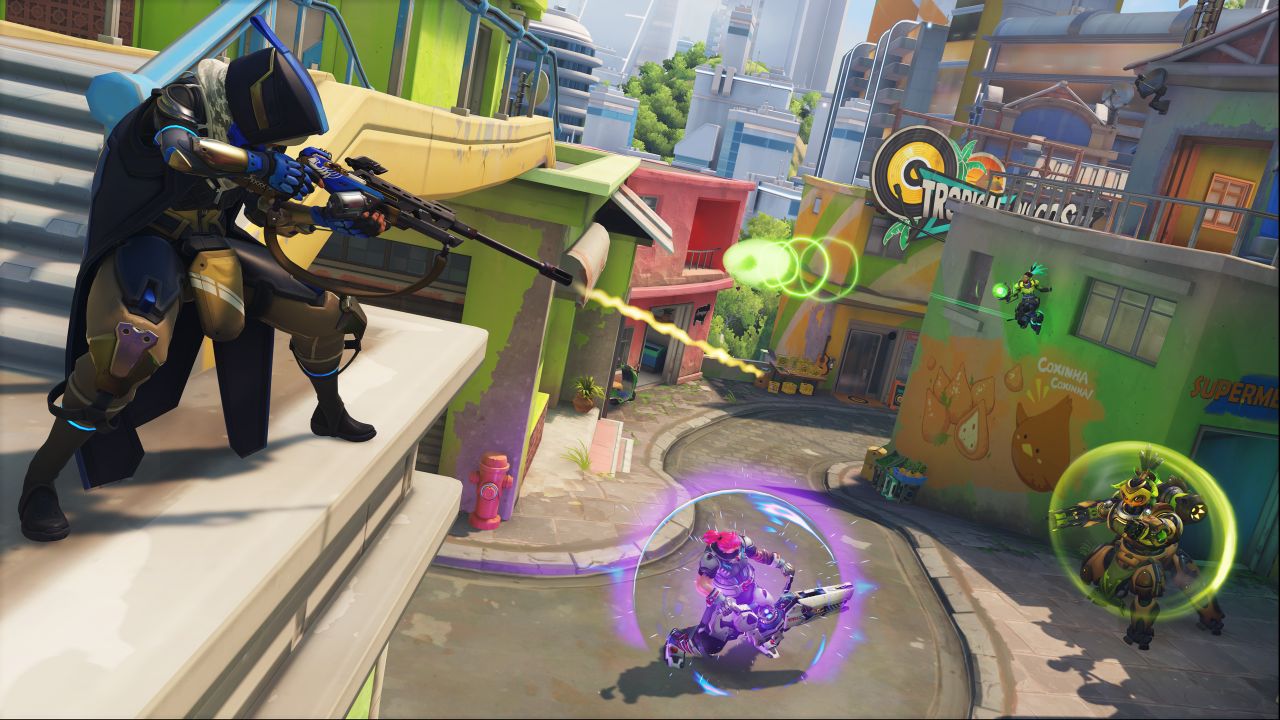 Unfortunately, Overwatch 2 can easily begin to feel repetitive, particularly because of the lack of game mode variety. Though there are new game modes, and gorgeous new maps to play them on, the modes all feel like recontextualized versions of each other.

Instead of truly unique modes like Team Survival, Infected, or even a Battle Royale, Overwatch 2 only offers similar 5v5 game modes where you attack or defend an objective. Experimenting with different Heroes and finding the perfect team composition is very fun, but playing nearly identical game modes begins to get dull. Hopefully, with new characters releasing each season, we can see new limited-time modes in Overwatch 2 that add some much-needed variety to an already outstanding game.

AOTF Thoughts and Opinions on Overwatch 2 Since Overwatch 2 is a game centered around community, I thought it only fair to share what my Attack of the Fanboy coworkers who have also been playing Overwatch 2 have to say about the game. We all have different experiences—some of us played Overwatch 1 and fell off after a while, some of us have never played Overwatch 1, and some of us don’t usually play first-person shooters at all. I hope our collection of perspectives and experiences work to inform you regardless of your level of entry with Overwatch 2.

Overwatch 2 is a great game, but it is held back by its own identity crisis, lack of content, and questionable choices. Despite its blemishes, Overwatch 2 is a must-try experience, especially if you are playing with a dedicated squad of friends. Whether you click with it right away, grow to love it, or try it and bounce off, the core gameplay of Overwatch 2 is undeniably fun regardless of its external flaws.