Everything to expect in the first few months of Overwatch 2. With Overwatch 2 coming really soon, Activision Blizzard has already laid out a roadmap, detailing what to expect within Season 1 of the game. It’ll be one heck of a launch, despite all things regarding the transition to free-to-play and the in-game economy moving forward. Only time will tell, but what we know of the first season so far, it’s promising. Here’s what to expect.

Season 1 of Overwatch 2 will begin when the game launches on October 4. In the details the developer laid out, this season will introduce three new heroes to the roster. These include the already known Sojourn, Junker Queen, and the recently teased Kiriko. The latter two will be unlocked for free the moment you start the game. As for Kiriko, she’s unlocked through other means.

She can either be unlocked if you have also played the first Overwatch, buy the premium battle pass or Watchpoint Pack, or rank your free battle pass to tier 55. That has garnered its fair share of well-deserved backlash, but we shall see how this system will work moving forward.

You can expect there to be 6 new maps added to the game’s pool of maps in addition to the already existing ones from the first game. Many who have participated in the beta periods will already be familiar with some of these.

The roadmap also states that there will be 30+ new skins which will undoubtedly include those of the three new heroes with their wide array of commons, rares, epics, and legendaries. There will also be an introduction to a higher tier of skin categorized as Mythic skins. 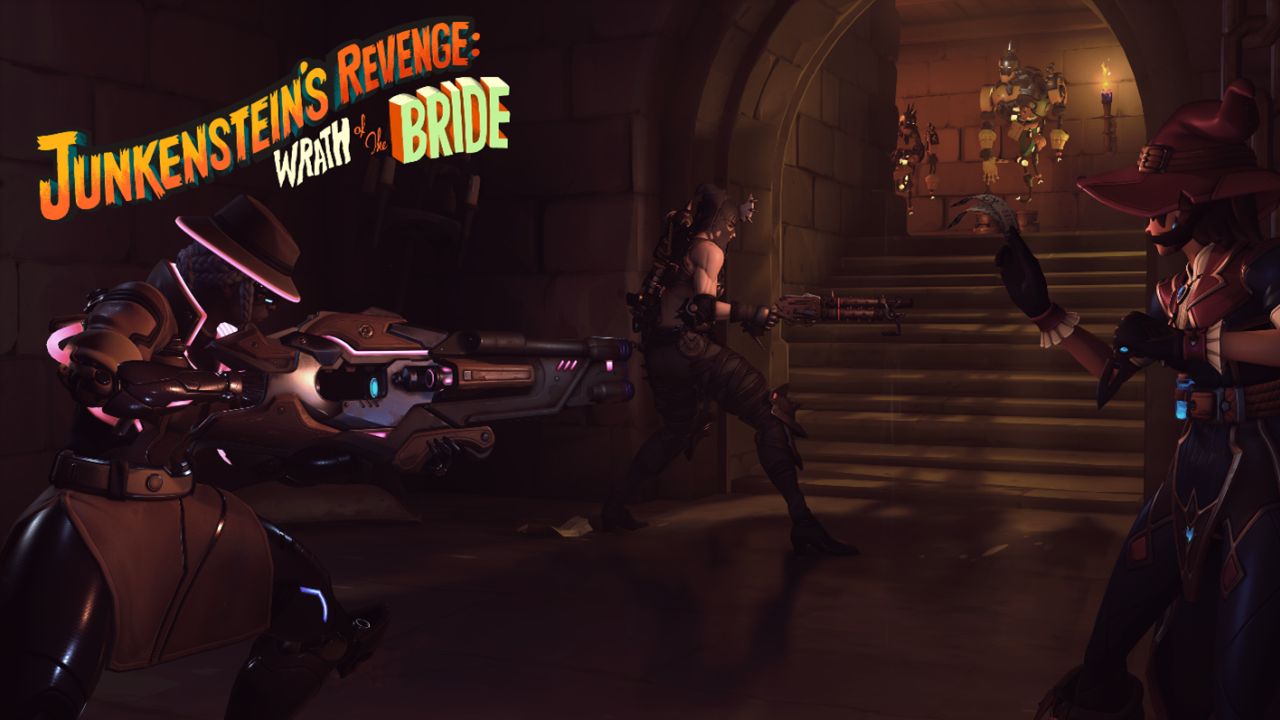 The first instance we know of is the Genji Cyber Demon skin which will be customizable in terms of patterns and color scheme. Unlike some of the skins currently in Overwatch that are just palette swaps with the same model, these Mythic ones will allow the user to create a much more unique color scheme and pattern to differ from other players who may be rocking those skins.

Just in Time for Halloween

Finally, since Overwatch 2 is releasing in October with its first season running until December 6, we’re going to get a Halloween-themed event revolving around Junkrat. For those unfamiliar with the Junkenstein event, which will be making a return in a limited-time event called “Junkenstein’s Revenge: Wrath of the Bride”. Details will come as the date comes closer.