It's definitely worth it. Elden Ring has a ton of great NPCs who can turn out to be hugely consequential to the plot, and you might miss them entirely on your first playthrough.  Ranni the Witch is one particular character whose questline is lengthy, but incredibly worthwhile not only for the great ending she can unlock for you but the many areas you’ll be able to access.  Ranni’s questline is not accessible until you’ve gotten pretty far, but once you start it, you’ll want to see it through.  Read on for our guide on All Steps and Locations in the Ranni Questline in Elden Ring!

Below is a summary walkthrough for the Ranni questline, but take your time, as this quest has you going all over the map.  Note that you’ll potentially meet her at the Church of Elleh, but that’s not actually when her questline begins.  If you meet her this way, she’ll introduce herself at first as Renna.  But the next time you meet her will be in Liurnia. Go to Caria Manor in northern Liurnia and defeat Loretta.  This gives you access to the exterior of the manor and just around to the west from there, you’ll find the Three Sisters area.  The middle tower of the three is Ranni’s Rise, where you must go next, past Glintstone Dragon Adula, which is an optional boss fight.  Go inside and speak to Renna here, who will reveal herself to be Ranni.  Exhaust her dialogue options and agree to serve her.

Your next destination is Nokron, Eternal City, but getting there takes some time.  The next steps vary depending on if you’ve beaten Starscourge Radahn.  If you’ve already done so, skip ahead to Step 6, but in case you haven’t, here is what happens next:

Step 2 (if Radahn is not defeated): Speak to Blaidd in Siofra River Go to Siofra River around the Hallowhorn Grounds area, where you go to fight the Ancestor Spirit.  Speak to Blaidd, who will tell you he does not know the way into Nokron but suggests you consult Seluvis.

Step 3 (if Radahn is not defeated): Speak to Seluvis You may have met Seluvis briefly when going to Ranni’s Rise.  After speaking to Blaidd, speak to Seluvis in his tower just southeast of Ranni’s to get told the next step on your journey, to speak to Sellen in Limgrave.  It will feel less like a fetch-quest soon enough.

Step 4 (if Radahn is not defeated): Speak to Sellen in Limgrave Clear Waypoint Ruins if you haven’t already, be sure to and enjoy the relatively easy fight with the Mad Pumpkin Head.  Sellen is locked away behind the door after this boss fight, and if you speak with her, she’ll tell you that the next step to opening up the path to Nokron is after you beat Radahn. Your next step brings you to Caelid, where you must clear Redmane Castle and its boss, and initiate the Radahn Festival in which you fight its namesake boss.  Do this, then return to Ranni at her tower. 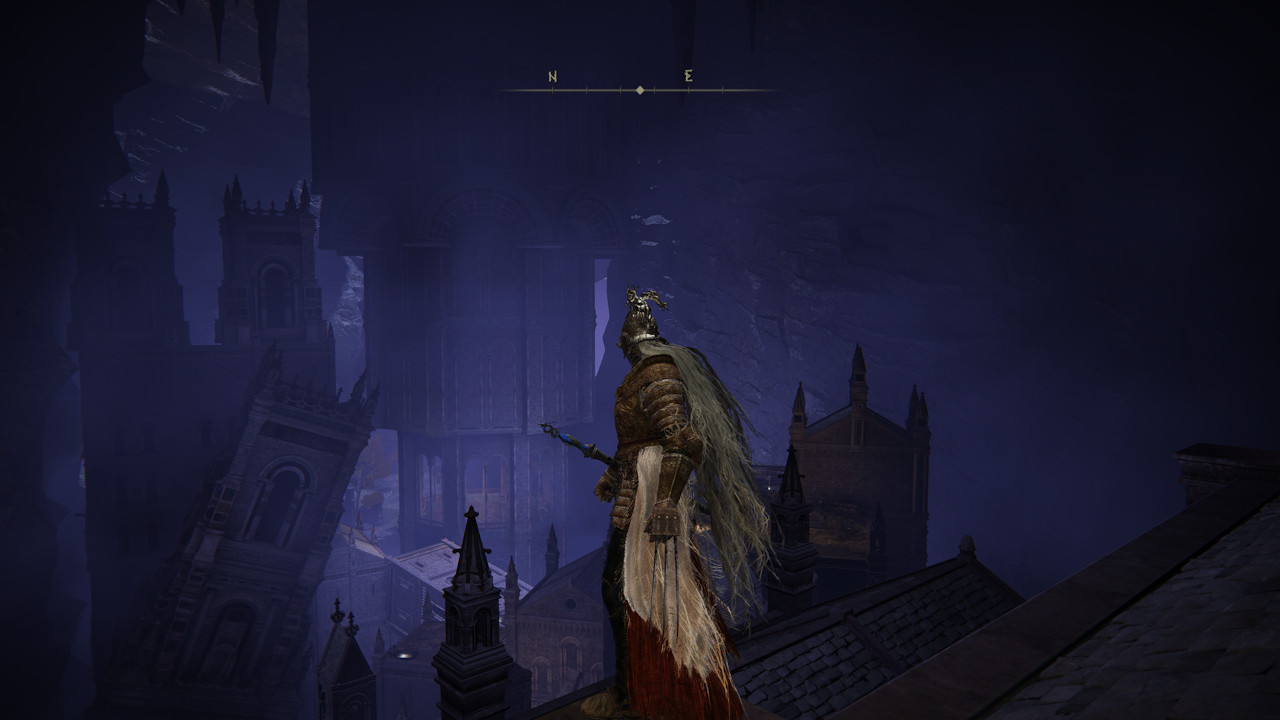 Ranni will tell you the way has opened to Nokron through the Mistwood in Limgrave.  Venture down into this area, clear the enemies, and find the Fingerslayer Blade at the end.  Return it to Ranni, and she’ll give you the Carian Inverted Statue granting access to the Divine Tower of Liurnia.

Step 7: Go to Nokstella, Find a Doll, Obey Their Orders Go to Renna’s Rise, northeast of Ranni’s Rise, and go to the top.  Use the teleporter there to reach Nokstella, and near the site of grace, you’ll find a Miniature Ranni doll.  Use the site of grace and select the choice to speak to the doll until it responds.  Turns out this doll is possessed by Ranni’s spirit, and your next task is to venture deeper into this area and defeat the Baleful Shadow.  Do so, and you’ll get the Discarded Palace Key, which you need to use at the chest near where you fought Rennala at Raya Lucaria to get the Dark Moon Ring.

Step 8: Beat the Boss at Lake of Rot’s End 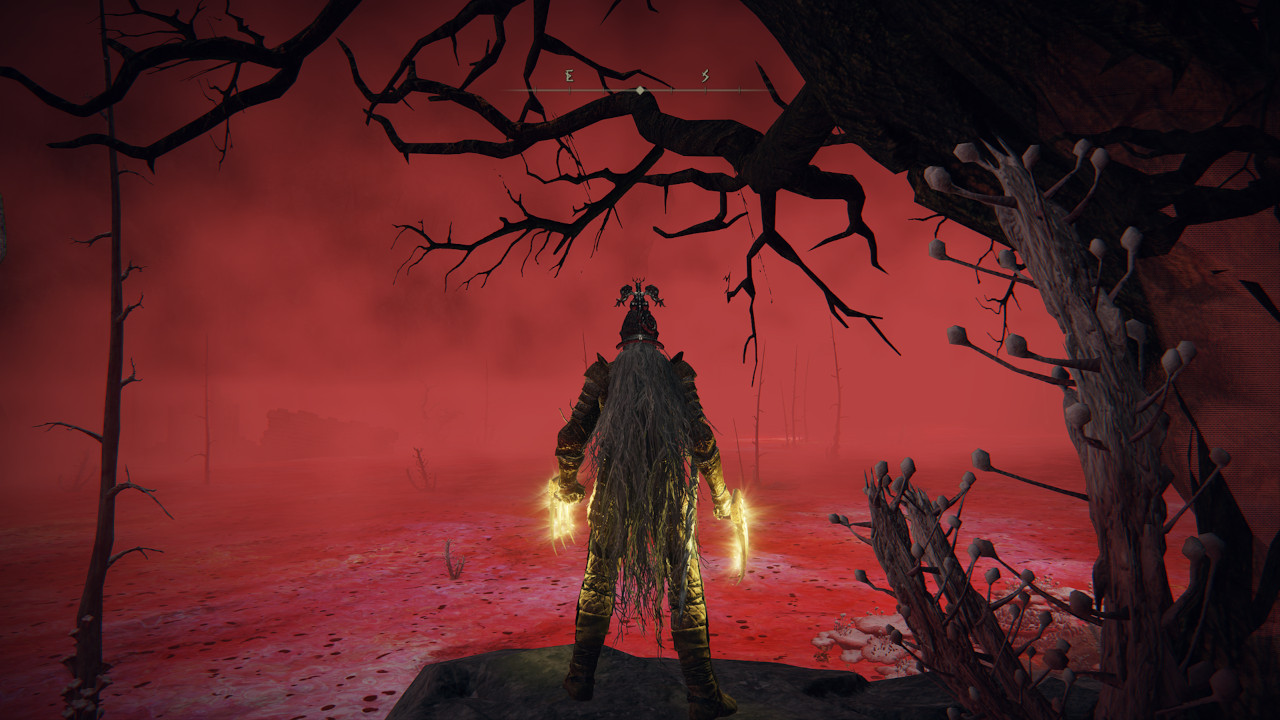 Past where you fought Baleful Shadow, go to the Lake of Rot.  Go through this area, preparing your immunity and cures for Scarlet Rot.  Go across to the southwestern end, through the pest enemies, to eventually reach a coffin at the top of a waterfall.  Get in, and you’ll be brought to the area where you fight Astel, Naturalborn of the Void.  Win this fight, and go through the other side from where you enter to find a lift to an unexplored area of Liurnia’s overworld.

Step 9: Go Beneath the Cathedral of Manus Celes 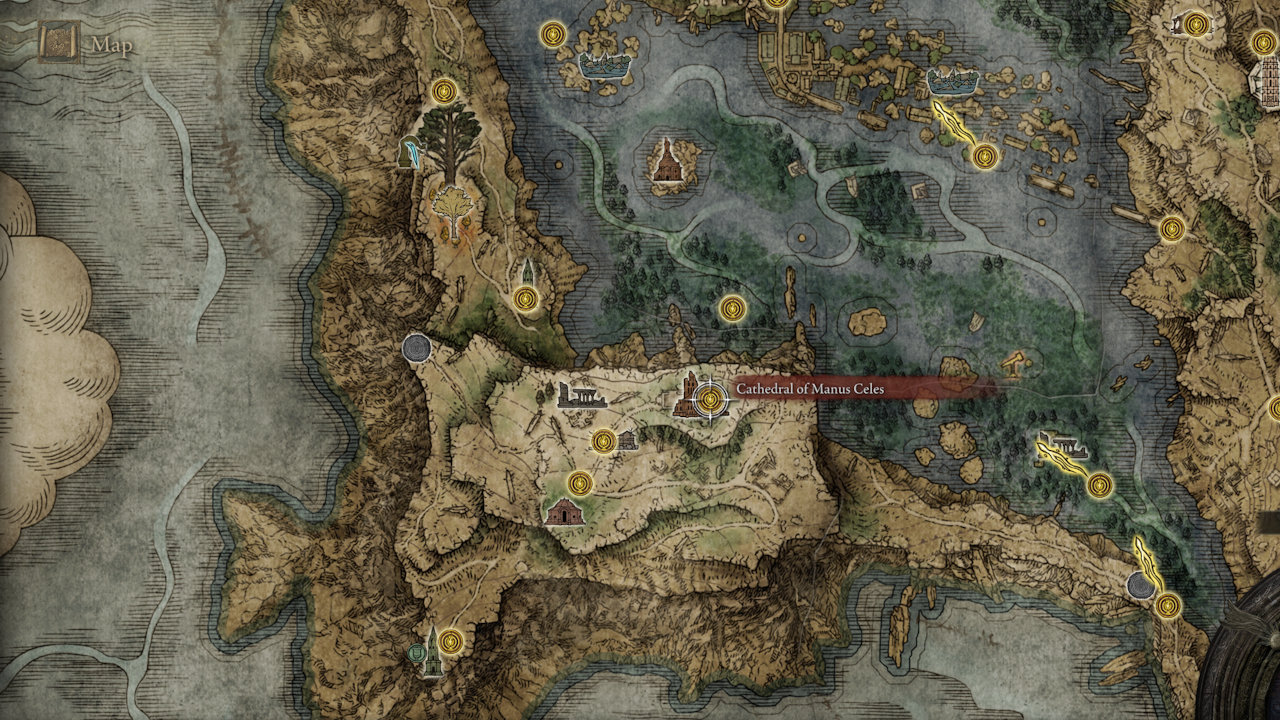 Northeast of where you enter this area, called Moonlight Altar, go to the Cathedral of Manus Celes and feel free to skip the Glintstone Dragon Adula boss that spawns near it. Directly next to the site of grace inside is a large hole in the ground, descend to begin a cutscene where you find Ranni, and seemingly bring her back to life by putting the Dark Moon Ring on her finger.  This completes the main steps of the questline, and after this, be sure to grab the Dark Moon Greatsword behind her. Without spoiling anything, after you defeat the final boss in Elden Ring, you’ll be able to use a summon sign to bring Ranni in to bring about an alternate ending, and fully complete her questline.

This concludes our guide to All Steps and Locations in the Ranni Questline in Elden Ring!  It’s a questline that occupies you for almost all of the game’s story, but a great one with solid rewards.  Be sure to check out our other guides, and our review.