Get ready to experience one of the best murder mystery games ever made! 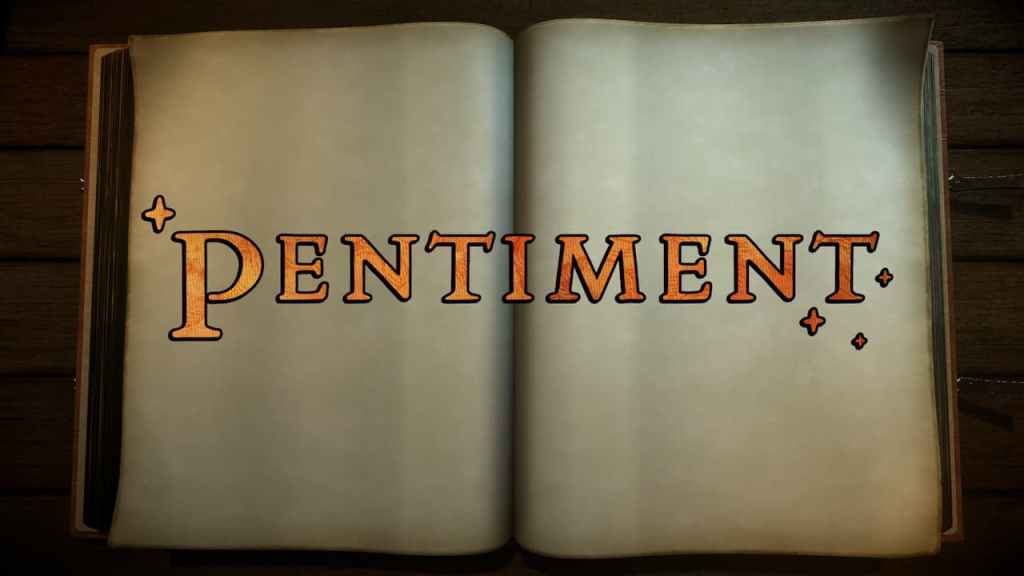 Pentiment is a murder mystery game from Obsidian Entertainment and Xbox Game Studios. The idea for Pentiment was created by Joshua Sawyer, the game’s director, during his time at Black Isle Studios almost twenty years ago. He was inspired by a 1992 roleplaying game called Darklands, also set in the Middle Ages. Sawyer tried multiple times to bring his vision to life and finally was able to with Xbox Game Studios after they acquired Obsidian. I’m so grateful they gave this game a chance because it is, in my opinion, one of the best games of the year and one of my favorite games I have ever played.

The Choice is Yours and Yours Alone

Pentiment is the ultimate dialogue-heavy game. Your choices genuinely influence how your game plays out with dialogue checks, your ability to see certain scenes, and the overall three-act story. There is no illusion of choice here. Your actions in Act 1 will, directly and indirectly, change Tassing, the characters, and the story in Act 2 and Act 3. I’ve played this game multiple times, and I still have yet to have a wholly duplicated playthrough (some overlap, yes, but not the same).

I didn’t realize it was possible to load old save files until after my first playthrough, but I’m glad I didn’t. While I would have liked to have the perfect playthrough, I also enjoyed a natural playthrough where my decisions were based on emotions and logic rather than theorycrafting.

The Setting – Welcome to Tassing

Pentiment’s murder mystery takes place over three acts that span 25 years in the town of Tassing, Bavaria, which is part of the Roman Empire. The developers used 16th-century history and incorporated them into the game, which created a semi-true historical fiction setting. You will learn about the 16th century, how people lived, the laws of the land, the religions, and the various pieces of art and music.

The story starts in 1518, and you become a journeymen artist named Andreas Maler, who works in the Scriptorium of the Kiersau Abbey in his journey to become a master artist. You will be dropped right in the middle of a murder mystery and several conspiracies. While solving the mystery, you will unearth the history of Tassing and eventually learn the town’s fate and inhabitants.

Your goal for each Act is to investigate the murder that takes place. You will investigate, compile evidence, and ultimately sentence a resident to death. There is no correct answer here, and your actions will ultimately decide how your game plays out. The game does not give you an answer. Instead, you decide who did what and why.

Your goal for the entire game is to solve who the mastermind is, nicknamed the thread-puller, and why they are causing Tassing residents to commit murders. Based on the evidence you find during each Act will ultimately help you solve the mystery and understand why they are causing such havoc in Tassing. The game’s ending made me gasp, and I never once thought it was the person behind everything.

The Cast of Characters – Not a Dull Character in the Bunch

The developers did an insane job immersing you in Tassing, the Kiersau Abbey, and the outside world by developing the game’s characters. You will interact with characters that range from peasants to royalty and everything in between and you experience every aspect of the characters’ lives across the 25-year span of the game. From birth to death, you will grow to love or hate every character and will get to experience their journey. Your actions will, directly and indirectly, affect how their lives play out, and by the end of the game, you will be sad to leave. You will be invested in the characters’ lives, sad when things don’t go so well, happy when they do, and feel a sense of community when the town rallies.

The Art Style – A Sight for Sore Eyes

Pentiment is a 2D game that uses an art style inspired by early prints, woodcuts at the transition, and late medieval manuscripts from late medieval to early modern art eras. Hannah Kennedy, the games art director, worked closely with the Getty Museum and the Huntington Library as inspiration using their collection of illuminated medieval manuscripts. In addition, the art team consulted manuscript experts like Christopher de Hamel to ensure Pentiment was as authentic as possible.

The game also uses stylized font and word effects for the dialogue system that mimics manuscripts of the 16th century which add even more to the authenticity. My first gripe is with the stylized font and word effects used for the dialogue system. These may wear out their welcome to some players after a while. However, I’ll admit that I kept it on for the entirety of my first playthrough and then used the game’s Easy Read feature for subsequent playthroughs (for completion speed more than anything).

The Soundtrack – Pleasing to the Ears

Pentiment’s composers were Alkemie Medival Music and Ensemble, both of which did a fantastic job with the game’s soundtrack and in-game sound effects. The music is what set this game apart for me. The opening credit scenes made me feel like I was about to embark on an epic journey akin to the experience of watching the intros to Hell on Wheels and Game of Thrones for the first time. I had a sense of excitement and was ready to begin my journey.

Again, the music is what put this game over for me. Whether it is background music that highlights the game’s current mood, the period instruments being played, or the chants of monks, everything has been orchestrated exceptionally well.

My second and last gripe with Pentiment comes with its use of a timing mechanism. You will only have a certain amount of time to investigate the murders during each Act. On top of that, most actions you take will cause you to lose time during each of your days. Finally, you can only visit certain areas and interact with certain periods during specific times of the day. You have to plan how you want to spend your day and decide what actions are worth more than others.

This is more of a personal gripe because I wished I had more time to investigate and explore the world without the game limiting my actions through the various time limits. The time limit, however, does add a sense of importance, doom, and instability to your actions because you are not sure what the correct action is at the time or if you will miss out on another potentially significant action.

If I could only give you one piece of advice in this review, it would be to take advantage of the different times of the day. Just because you only have one objective in your journal doesn’t mean you can’t explore, talk to residents, or uncover more evidence. So put on your thinking cap and be super creative!

I only ran into one bug during all my hours playing Pentiment. It happened at the start of the game when you first gained control of Andreas in Tassing. When you go downstairs, the options to talk to the residents and the option to leave the house are not there. I had to, unfortunately, restart the game to fix this issue. I’ve played through this seen several times since and have not run into it, so I believe it was just a fluke. Pentiment is a highly polished game. You will not be frustrated with any issues that will break your immersion.

I laid in bed every night after playing Pentiment and thought about what I had just experienced, how it tied into my previous playing sessions, and how it would all tie together during my subsequent playing sessions. A game hasn’t consumed my life like this in such a long time. I fell in love with the setting and the cast of characters, and I became so invested in the story that I had a hard time setting the game aside for the night. This made my decisions feel more critical, and I questioned myself after each one, wondering what I should have done differently or what could have gone better.

When the final scene finished, and the credits rolled, I sat there staring at my screen with many emotions. I was sad to be leaving Tassing, happy that I could make residents’ lives better, sad about the outcomes of others, and wondered how things could have turned out differently. Even if I weren’t planning on playing through Pentiment again for this review and guides, I would have done so without hesitation. Pentiment will make you want to play through the game multiple times to see the story unfold differently based on the actions you wished you could have done.