How does Persona 3 hold up? 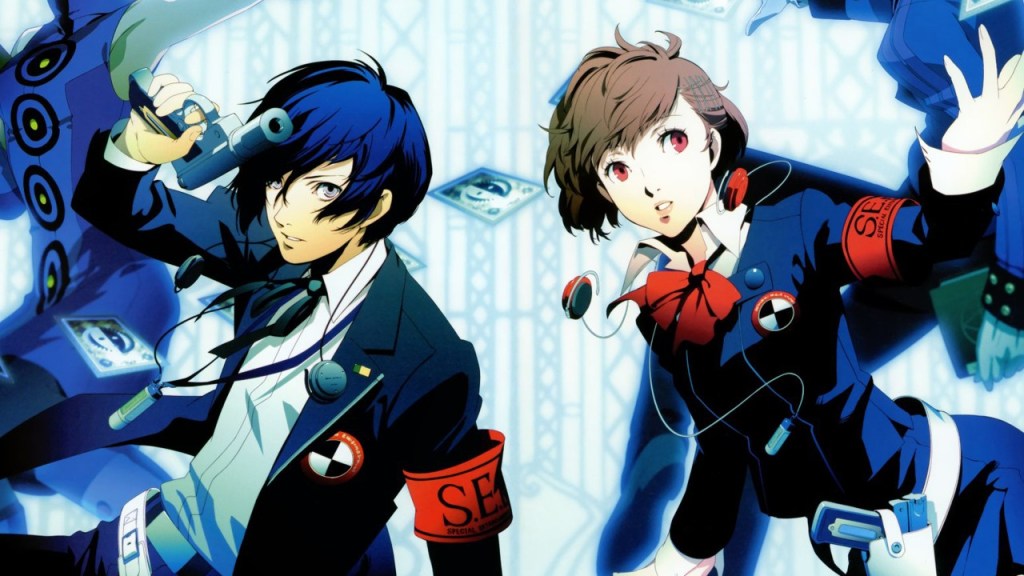 While the Persona series has been enjoyed by fans and critics since its inception, the games have seen a massive boost in popularity following the release of the acclaimed Persona 5 and its expanded rerelease, Persona 5 Royal. It took Atlus a long time to capitalize on that hype, but now ports of Persona 3 and 4 are available on every modern platform. While their skeletons will be familiar to new Persona fans familiar with Joker’s story in 5, Persona 3 and 4 lack a lot of the creature comforts and quality of life improvements seen in the latest entry. Now that we’re living in a post-Persona 5 world, how do the aging PS2 entries in the series hold up when ported to modern platforms?

Persona 3, in particular, can be seen as the first modern Persona game since it introduces the social systems that the series is known for. The calendar system and social links are taken for granted in modern Persona games, but Persona 3 was the start of it all. It doesn’t handle things as elegantly as it could, though, which is most likely why Atlus chose to port the PSP version of the game — Persona 3 Portable — to modern systems instead of any other version of Persona 3. The choice to port Portable over FES has proven controversial among fans, and unfortunately, it bogs down what will be most people’s first introduction to this seminal RPG.

Persona 3 is a stellar RPG. Atlus didn’t port the original version of Persona 3 over to modern platforms though; it ported the PSP version of the game. Persona 3 Portable stripped Persona 3 down to its bare essentials just to get the game running on the PSP. Playing that same game on a home console without any significant changes, even at a budget price, feels incredibly underwhelming, especially with Persona 4 Golden releasing alongside it. Yes, the skeleton of Persona 3 is still there. The problem is that there’s hardly any meat on its bones. When you pair that with the fact that there still isn’t a single definitive edition of Persona 3 on any platform 17 years after its release, it feels like Atlus is neglecting one of its most beloved games.

In its attempt to translate the social side of the game to menus and character portraits, Persona 3 Portable completely misunderstands why those parts of the game worked in the first place. Moving a cursor over a static background of a school and actually moving through the hallways yourself are two entirely different experiences. Just as you develop a sense of familiarity with the streets, buildings, and signs of your everyday routine in real life, you become attached to the school hallways, malls, and hangouts across the calendar year that you spend in a typical Persona game. Physicality is a necessity.

This also makes social links and activities feel much less important. Instead of feeling like you’re developing meaningful relationships with your friends and allies, you instead feel like you’re checking boxes on a list of chores. Any free block of time you have boils down to menus and a handful of cursor clicks. People stop feeling like people. Places stop feeling like places. You’re no longer taking Koromaru on a walk. You’re just adding a few points to whatever social link can go with you that night. You’re no longer sipping coffee at Cafe Chagall. You’re just adding a few points to your Charm. The facade crumbles.

The translation to a visual novel also hampers the drama in both the main storyline. This change worked on PSP because it was a necessity, but seeing these scenes play out on the big screen lessens their impact. Some of Persona 3’s most climactic moments are quite physical and having them reduced to a simple screen flash or sound effect takes away from the experience. Persona 3’s story was written with the characters’ stage presence in mind, and Portable lacks these and the anime cutscenes from the original release. That’s not to say visual novels can’t tell engaging stories. It’s just that Persona 3’s story was crammed into a visual novel for the sake of its PSP release and it shows, especially in 2023.

Still, if a port of Portable is what it takes to get Persona 3 on modern platforms, it’s not that big of a loss. Persona 3 is still a remarkable game at its core, one that some fans hold in higher regard that its successors, and it’s easy to see why. That Persona formula is still at work here, forcing you to plan your days and nights to develop friendships with your peers while also combating the Shadow threat in an appropriate amount of time. If you’ve played Persona 4 Golden or Persona 5 Royal, then you already know what to expect here.

However, it’s very apparent that this was Atlus’s first attempt at creating something like this. There are some strange quirks, like the male protagonist not being able to create social links with any male party members. Some social links are also locked behind insanely high social stat requirements, too, and some of them aren’t unlocked until the very end of the game.

This makes it frustratingly easy to run out of things to do in Persona 3 Portable, especially a few months into your journey. I had every social stat and multiple social links maxed out just a few months into the game, leaving multiple afternoons and evenings wasted since the remainder of the social links weren’t available to hang out. Sure, you can work part-time or raise your Persona’s stats at the mall arcade, but the benefits are basically meaningless. This frustration is made worse by the game’s menu-centric design described above, further reducing the game to what is essentially a spreadsheet.

When you’re not hanging out with friends or spending time to raise your social stats, you’ll be crawling through the floors of Tartarus, yet another headache that was drastically in need of a redesign for a modern version of Persona 3. Tartarus is the game’s central — and only — dungeon. It’s a seemingly endless tower of randomly generated floors that you can visit during the Dark Hour, an invisible hour between days that only Persona users and a select few others are aware of. Imagine Mementos from Persona 5 but it’s the entire game.

If that sounds frustrating, it is! The game’s central dungeon is also its central problem. The novelty of Tartarus wears off very quickly, mostly because of its insane floor count and mind-numbing music loop. If each block of Tartarus had its floor count reduced by 30-50%, the grind wouldn’t seem so arduous. As it stands, however, Tartarus is a huge blemish that actively detracts from the experience.

I would frequently dread booting the game up because I knew I had a long Tartarus run ahead of me before the next story beat. There’s nothing more demoralizing than receiving a notification that a new block has opened up in Tartarus knowing that there are several dozen repetitive floors waiting for you. It only ever feels like a blockade preventing you from reaching the next story beat.

It feels like a relic from another age, which makes sense given that Persona 3 is 17 years old at this point. There are some other mid-2000s JRPG quirks still present in Persona 3 Portable as well, such as the lame list of side quests in the Velvet Room and the inability to choose which abilities are kept when fusing personas. Some Velvet Room requests also have frustratingly deceptive wording, requiring you to reload a save to complete them. They may say to acquire an item from someone by 10/31, for example, but your best chances of getting it are on 10/21. Despite what the description suggests, that means your only chance to get it is on 10/21. These are minor complaints, sure, but it feels like the industry as a whole had moved past this type of stuff a decade or so ago.

Another mid-2000s JRPG quirk that will divide fans in Persona 3 is its difficulty. Persona 3 is harder than its successors on normal difficulty, which is something that greatly enhances combat. Even against minibosses, you’ll actually have to make use of items, buffs, and debuffs to succeed. You can really develop your own original strategies with the right personas and party members, like using Rebellion to maximize your critical hit chance in addition to Masukukaja to make your team harder to hit, increasing your chances of knocking enemies off balance without needing to capitalize on elemental weaknesses.

Unfortunately, that difficulty carries over to the game’s boss fights, and not in a good way. Persona 3’s bosses range from boring to frustrating depending on the fight, and there are very few boss encounters that are exciting to fight against. They either have incredibly large health pools or lame mechanics, like summoning endless waves of goons while they stay suspended out of reach midair. It’s here where you’ll really have to put your party composition and strategies to the test, but rarely in ways that are fun. It usually comes down to finding a skill or condition that wins the battle for you, like one miniboss encounter that flat-out invalidates the fight.

Thankfully, Persona 3’s writing is its saving grace. Instead of feeling like a monster of the week story, Persona 3 features a singular narrative that doesn’t deviate from the main shadow conflict at all. This makes the game’s full moons, its equivalent to the dates where the treasure is stolen from a palace in Persona 5, feel like the thrilling conclusion to the chapter of a novel rather than an explosive season finale where the status quo will immediately be reset except for a new party member joining the fray.

While the social links don’t have arcs that show huge bouts of growth – aside from a few standouts – they excel at celebrating the day-to-day relationships that we’ve all no doubt formed as we’ve waded through the trials of everyday life. The old couple who shoves a snack in your pocket as you leave, the classmate from an after school cooking club, a dog that lets you grow closer with your roommates, these are just a few examples of the relationships you’ll develop throughout Persona 3 Portable.

Persona 3’s story starts very slow, and the slow pacing can feel even more drawn out when you factor in sluggish Tartarus crawls. However, once things start to pick up, they really pick up. The narrative snowballs in a way that makes it hard to put down after a few weeks pass in-game. More story scenes start to get peppered in between your daily activities, characters are given their own development outside of the protagonist, and mysteries turn their gears in the background while the party waits for the next full moon. It’s hard to say why Persona 3’s story is so great without spoiling its best moments, but its darker themes and higher stakes make it an immensely fascinating journey.

Ultimately, this modern port of Persona 3 suffers from two pools of problems. Not only does it retain the frustrating elements of the original release of Persona 3, but its PSP roots become an entirely new set of problems when played on a home console all these years later. While purists will appreciate how faithful this port is to the original version of Persona 3 Portable, avoiding the risk of Atlus dumbing down the combat or adjusting any content that makes the game so great, Persona 3 is a game that desperately needed some additional love before it got a modern rerelease. As it stands though, this is the version we got, for better and for worse.