The latest news in the world of video games at Attack of the Fanboy
September 8th, 2016 by Dean James 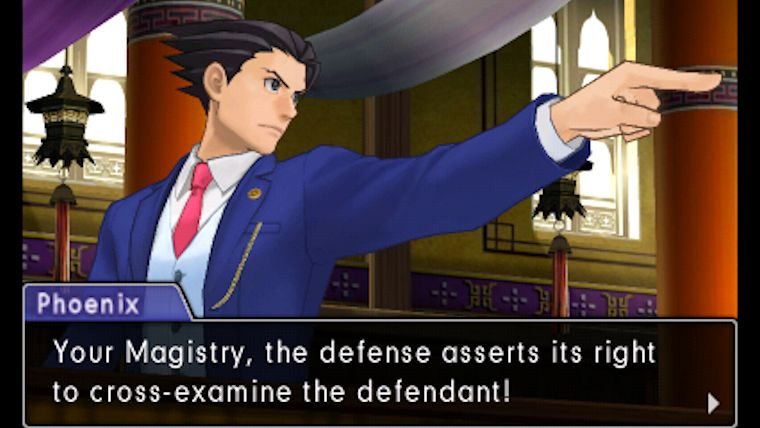 The Phoenix Wright series was born on the Game Boy Advance in Japan back in 2001, but it wasn’t until the series made the jump to the DS that it really hit its stride. This very character driven universe has continued to grow and become more fleshed out with each subsequent game and now the latest entry is here with Phoenix Wright: Ace Attorney – Spirit of Justice.

The structure of the Ace Attorney series has remained essentially the same over the years, with the game’s story being split over five separate episodes that each involve their own case, which is exactly how Phoenix Wright: Ace Attorney – Spirit of Justice is set up as well. The main game has five episodes for you to play through, and just like with Dual Destinies, there is also an extra DLC episode to come in the future as well. While the main framework may be the same, this game does something quite different within the different episodes themselves.

Differing from past entries in the series that were mostly set in the same general area, Phoenix Wright: Ace Attorney – Spirit of Justice tries something rather different by splitting up the story before eventually having them converge. The game starts off with Phoenix Wright on “vacation” in the country of Khura’in, where trials have been decided by seances for over 20 years, but then shifts back to the Wright Anywhere Agency where the focus is on Apollo Justice, Athena Cykes, and Trucy Wright.

The different stories eventually become intertwined, but this separated style at the start has its positives and negatives. What works exceptionally well is that different characters like Athena get a chance to shine, but this comes at the cost that the story can feel a little disjointed. Specifically, there are points in the game where Phoenix Wright isn’t even seen for quite awhile, which some could be a little disappointed in.

The actual mystical driven plot is more widespread in the Phoenix Wright led chapters, though it is still found in the more classic investigation style sections with Apollo and Trudy as well, especially in the later stages of the game. While it may seem a little jarring at times with the very different style chapters at some points, this setup really does allow for something unprecedented in the franchise to occur, which is exciting to see unfold as the story progresses.

Like any Ace Attorney game, the secondary characters are often standouts, many of which are used to great comedic effect. This is once again the case in Spirit of Justice, as you have returning characters like Gaspen Payne, who takes on a unique role to kick off the game, along with brand new characters like Nahyuta, the prosecutor from Khura’in. Most every character that returns or is introduced for the first time stands out in at least some way.

Even though the rotating cast of characters throughout the game is very enjoyable, the game’s pace is something that those new to the franchise must be prepared for. The often over the top humor filled dialog does move very slowly, even at the points where there is no voice acting. Most games would allow you to skip to the end of the line of text and read it quick and move on, but here you have to wait for it to scroll across, which will take you awhile. The information given in most pieces of dialog are very important in this game, so it does make sense, but the slow movement and the lack of any real way to speed up the process can cause some moments to drag a little bit. 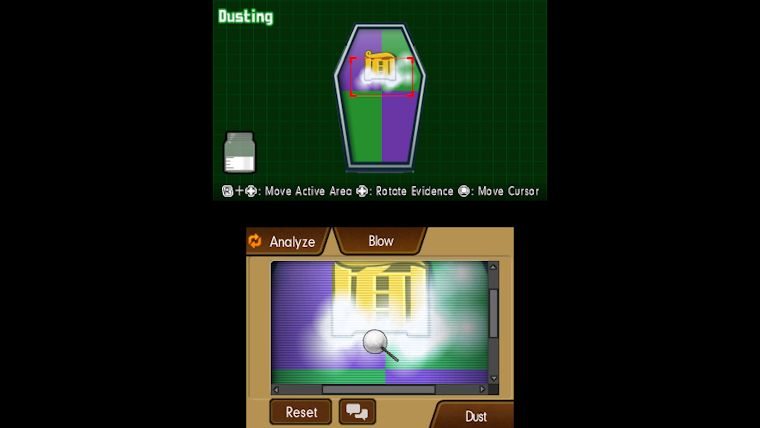 Similar in ways to Phoenix Wright’s crossover partner Professor Layton, the Ace Attorney series is not known for giant leaps in terms of gameplay. While this could make it seem as if the series has gotten stagnant over the years, this could not be more incorrect. The various courtroom and investigation mechanics have been refined with each new entry over the years, along with just enough changes to keep you coming back for more.

Courtroom and investigation mechanics have been refined

Phoenix Wright: Ace Attorney – Spirit of Justice includes the usual courtroom moments where the key is to find contradiction in the witness’ statement, along with the investigation segments where you will go around and talk to various characters and inspect crime scenes and elsewhere. These are as good as ever in Spirit of Justice, with the use of the two screens still continuing to be very effective, especially during trial sessions where you will be going back and forth between witness testimonies and evidence.

A new wrinkle introduced in the game however is what are known as the divination seances, which bring in the spiritual side that gives the game its title. While the very religious and almost cult like residents of Khura’in are present in different parts of the game, the truly magical side comes during these seances that are done by the royal priestess Rayfa. In the land of Khura’in, no defense lawyer has won a case in 23 years, with the seances proving every person guilty in their court system. There is also some intensity thrown in here as well, as any court case in that country puts the defense attorney on the line as well, as they get the same punishment as the defendant if found guilty. Setting a portion of the game in such a vastly different place was a risky choice, but  it pays off handsomely in those regards. 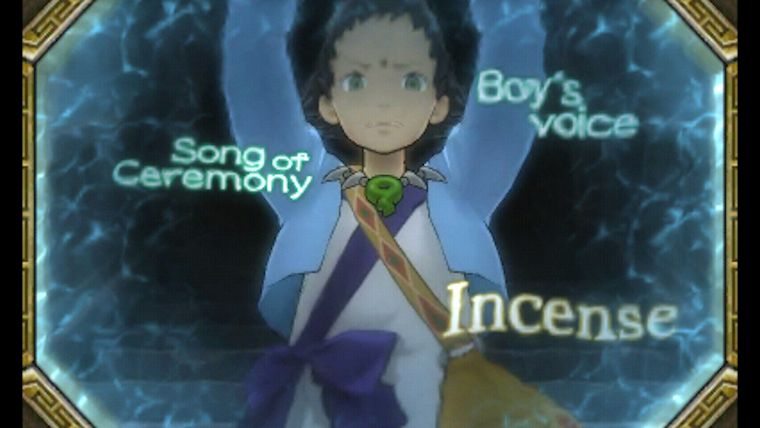 The actual divination seances add another layer of testimony and evidence to the case, where the last moments of the one killed are seen from their own eyes in the Pool of Souls. Sight is not the only sense included in this though, as the other four, hearing, touch, taste, and smell, also come into play. During these final seconds for the victim, the screen will show different words describing the different senses, which appear and disappear during the clip. This means you actually have to essentially cross-examine the insights from Rayfa and use either your evidence of specific information from the Pool of Souls to find a contradiction in her statements.

The Ace Attorney series was definitely once a niche series that found its footing and really ran with it to massive popularity worldwide. The few new mechanics found in Phoenix Wright: Ace Attorney – Spirit of Justice mesh well with the gameplay that fans of the series love, complete with a very compelling series of episodes that tie together very nicely. Like with the rest of this continually growing franchise, this game likely isn’t going to change anybody’s mind that didn’t like past entries, but there is no question that fans of the series will absolutely adore Phoenix Wright: Ace Attorney – Spirit of Justice.

3Ds Nintendo Phoenix Wright: Ace Attorney - Spirit of Justice
You May Like