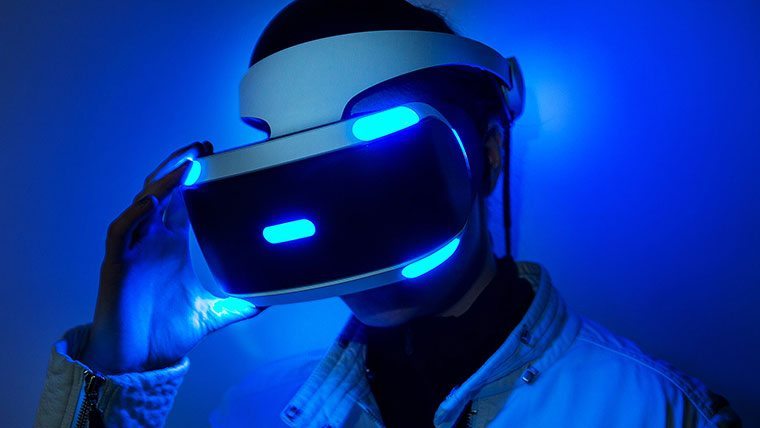 The idea of virtual reality has been around for ages, though it started as mere science fiction, but now the technology has finally caught up to many of these grand ideas. Starting with other devices like Oculus Rift and HTC Vive that released earlier this year, VR gaming is in full swing and now Sony has officially thrown their hat in the ring with the release of PlayStation VR.

The last generation of consoles tried to bring motion gaming to the forefront of the industry, but even after the Wii’s amazing sales early, it along with other attempts like the Xbox Kinect and PlayStation Move proved not to be a sustaining force. This almost seemed like a first step towards virtual reality, but the introduction of fully powered headsets has taken things to new heights by bringing a much higher level of immersion into the mix.

Before going into any details about how the technology within the headset works, the actual logistics of what you will need for the headset both accessory and space wise is important to discuss first. PSVR is more than just a headset that simply plugs into a PS4, but rather has a processor unit that basically serves as the middle man between the two. On top of that, you will have to have a PS Camera as well, whether you already had one for PS4 or got one in the launch bundle. The whole process can take a little time at first, but the steps are laid out well and shouldn’t be too difficult. 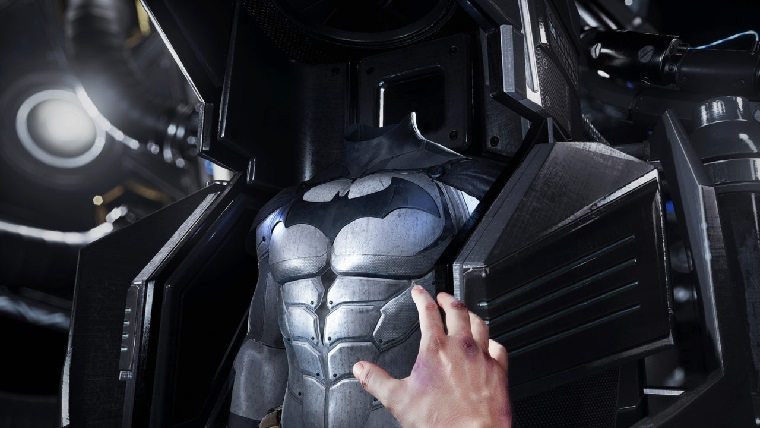 This definitely takes a good bit of setup and space, as you will not want to have the processor sitting on top of your PS4 if you can help it. Similarly, you will also need a decent amount of floor space as well. You don’t need to clear a major area like with the Kinect in the past, but some games will at least need a clear space to where you won’t be falling over a coffee table or such. The actual cables that run from the PlayStation VR headset to the processing unit are pretty long, so you do have a little leeway in the distance from your TV that you want to be playing. You likely will have some trouble if future games are expecting you to be moving around 360 degrees in a walking space, but from the experiences thus far, the length is more than adequate.

After setting up everything, your next step is to turn the headset on and get ready to place over your head. The power button is found on the cable that runs from the headset, so it is easily accessible, with it also having an input for headphones and buttons for volume control. Having the headphone jack this close was a great idea, as you can use pretty much any kind of headphones here, with 3D sound being possible here as well. The only thing disappointing for some is that wireless headphones will not output the 3D audio, so you will have to use wired headphones of some sort.

The PlayStation VR headset itself is very easy to put on to wear. On the backside is a big button that extends the bands on the side so that you can perfectly place it upon your head. Pressing it again will push it back inward, with you able to turn a little wheel that tightens it for you. The screen in front of you also can be adjusted by a button on the bottom right side of it, which allows you to bring it closer to your face. The rubber around the lenses can feel a little awkward at first, but they mostly do a good job at blocking outside light from getting in, while also helping to contour to the shape of your face. The only issue here is that the bottom part under the nose is not covered well unless you press your head higher up into it, but the screen is too blurry to see at this point.

A concern that many likely have is that the PlayStation VR headset will feel heavy or uncomfortable to wear, especially in long gaming sessions. However, this is not a concern at all, as the headset feels pretty light, especially after it’s on your head. It may feel a little tight at times, but this can be easily fixed by loosening the bands on the side. You obviously will want to avoid sitting there for hours straight playing, like with most anything, but you definitely shouldn’t have any issues with it feeling like it’s weighing your head down. 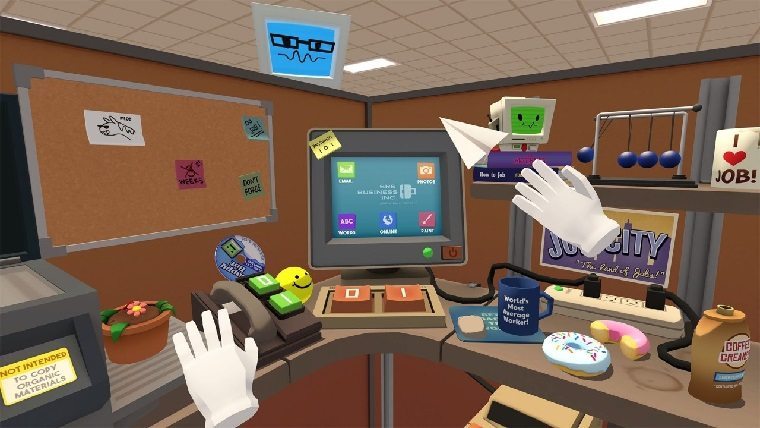 While the setup is very important, what is truly going to make or break PlayStation VR are its games and how effective they are at showcasing the technology. PSVR definitely pales in comparison to the Oculus Rift and HTC Vive in sheer power due to the limitations of the PS4 versus a powerful PC, along with a lesser display resolution. The display resolution itself does cause the headset to sometimes feel a little blurry, though sometimes you can adjust the placement of the headset or change the settings around to fix some of this.  However, PSVR also comes in at a much lower price point than its competition and performs quite well considering you don’t need a strong gaming rig that’s going to cost much more than a PS4 to run it.

Due to some of the limitations to the technology at this point, games on PSVR cannot reach the visual levels of games that are exclusively for PS4. A game like Driveclub VR is one of the best examples of this, as the original release of Driveclub is still one of the best looking games on PS4 period. Driveclub VR is not able to deliver this level of visual prowess, though it still does look really good, but the focus with VR is more about immersion than anything else. One of the biggest issues is when you are up close to objects, as the jagged pixels and blurriness stand out more, which is something that developers are definitely going to have to find a way to work around.

PlayStation VR definitely had one of the better slates of launch games that a system or peripheral has seen in awhile, providing a variety of different games for people to try out. Sony wisely included a jam-packed demo disc that brought back memories of the classic PS1 demo discs, providing players with 18 different games to try out. The Launch Bundle also included the VR showcase game VR Worlds as well, which features some awe inspiring moments for those using VR for the first time. 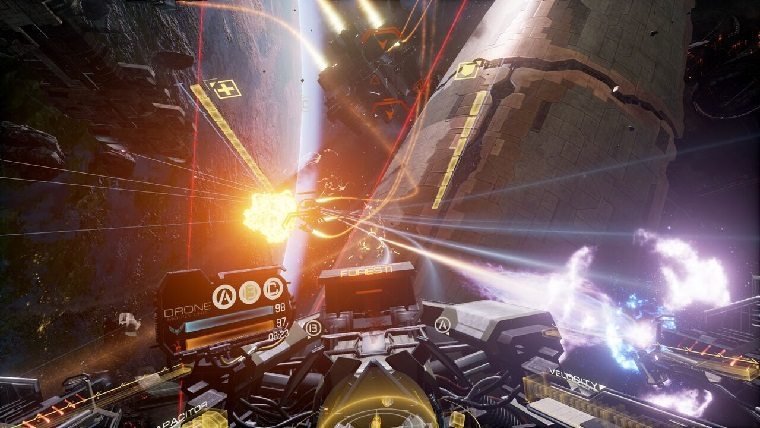 Getting to experience Batman: Arkham VR in particular was a real treat, as it took great advantage of the headset in interesting ways. Getting to pick up objects and interact was fun enough, but actually getting to put on the Batsuit’s cowl and use a batarang first hand is the kind of experience you can only have with VR. The only disappointing thing about it and many of the launch titles is that they feel more like tech demos than full games, but the good news is that many of the games are priced lower to compensate for this.

Another feature of PSVR that is really neat is Cinematic Mode, which lets you use the other functions of your PS4 through the headset, though without actual VR features of course. This means you can fire up Uncharted 4: A Thief’s End and play it almost as if you’re playing it on a large movie screen in front of you with it being so close. This also works very well with movies, which is helped even further with the ability to connect headphones to it.

Depending on the type of control scheme used, moving around in PSVR games really depends on the game. Batman: Arkham VR makes it simple by just being able to press a button to move from location to another inside the same area, though this kind of takes some of the realism out of the equation. Loading Human Chapter 1 on the other had has you fully moving around the environments, but the controls are incredibly awkward. Some of the best experiences thus far are ones like Job Simulator where you are mostly stationary inside a small play area, but hopefully movement will be improved upon in exploration style games moving forward. 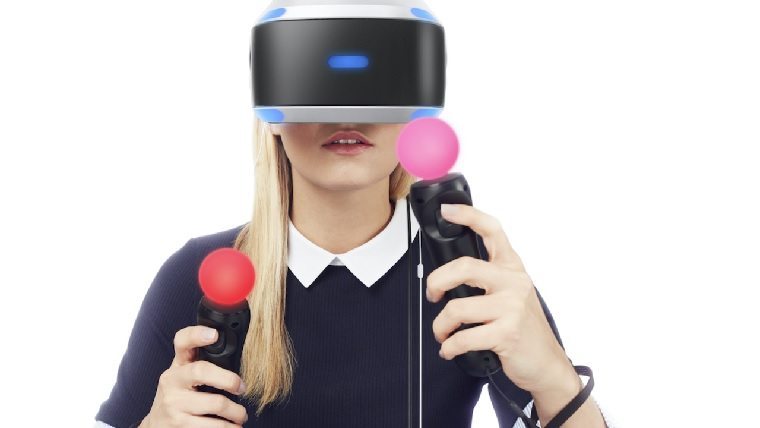 The actual moving around while playing PlayStation VR can be one of the leading causes of some players experiencing motion sickness. Games like Driveclub VR and EVE: Valkyrie were some of the biggest culprits for people, but personally I had very few issues with this. There were a few times where I did start to feel a little questionable at the start of game or two, but it typically just took a little getting used to and then there were really no big problems. The potential for motion sickness can be crippling for some gamers, so it’s vital to give the headset and certain games a try first.

PlayStation VR is definitely the weakest when compared to the Oculus Rift and HTC Vive, but the technology itself is now that far behind. Considering you only need to own a PS4 to use PSVR, this is without a doubt the best VR bargain on the market so far. The setup can be a little much at first, but the headset itself is incredibly comfortable and easy to maneuver when having to make adjustments.

The launch lineup for PlayStation VR has provided early adopters with plenty of distinctly different experiences. Whether that’s becoming Batman, driving around in a car, or participating in intense dogfights in space, you really can’t go wrong, even if many of the games are pretty lacking in overall content. Regardless of this, a number of the games that have released thus far for PSVR do a good job at showing off the potential of the platform at the very least.

The PlayStation Move and Kinect are now seen as little more than gimmicks that were trying to build off the early success of the Wii, but there is something much more to VR. Sony is now offering players an affordable option to jump into what may very well be the future of gaming, which makes PlayStation VR something that everybody at least needs to try.