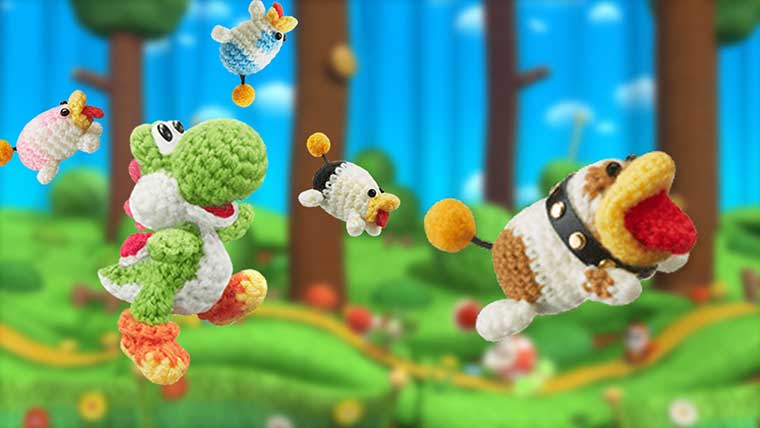 Yoshi initially debuted back in Super Mario World on the Super Nintendo as a companion to Mario, but the character quickly became much more than just a side character. Super Mario World 2: Yoshi’s Island was a critical darling on the system and Nintendo has tried to replicate that formula over the years to mixed reception, but they finally seemed to hit the mark with Yoshi’s Woolly World on Wii U. As has been seen with other games like Hyrule Warriors, Nintendo has decided to port the game to the Nintendo 3DS with some new features as Poochy & Yoshi’s Woolly World.

Developer Good-Feel has worked exclusively with Nintendo since its inception and may be most well known for creating Kirby’s Epic Yarn, which was a unique spin on the Kirby franchise. Yoshi’s Woolly World built on that idea by taking the classic Yoshi’s Island gameplay and mixing it with yarn-based mechanics on the knitted island of Yarn Yoshis.

The story found in Poochy & Yoshi’s Woolly World is as simplistic as one would expect from a Yoshi game, with Kamek coming in and turning the majority of the Yoshis found on this island into bundles of wool, leaving you with only two Yoshis to go on a journey to save the rest. What is new in Poochy & Yoshi’s Woolly World is the addition of more of the ever adorable Poochy into the mix, though his appearance in the actual story is more of just being there for the sake of the title of the game than anything else. 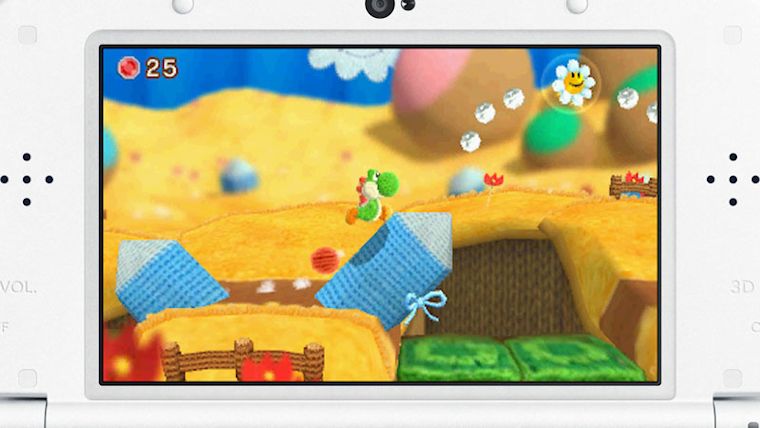 Going with the cloth aesthetic in Yoshi’s Woolly World really allowed Good-Feel to provide some very interesting visuals and gameplay situations that fit right into the woolly world that the game takes place in. There is certainly a drop off in graphics and visual clarity from the Wii U release, but this visual style definitely translates to the 3DS quite well, with the game still looking handcrafted.

Across six worlds with eight levels a piece, plus a few bonus stages as well, Poochy & Yoshi’s Woolly World mostly manages to avoid getting stale due to variance in level design and settings. The knitted style may have seemed very simplistic at first, but the development team did a fantastic job at gradually introducing new mechanics like eggs that create cloud platforms, unwrapping yarn strings, and even a late color based stage puzzle that required some thinking and exploration. There are some levels that may be a little too straightforward and uninspired that feel like they could have been fleshed out further, but the majority of them provide splendid platforming that was almost on par with Yoshi’s Island.

Beyond the main Yoshi stages, there are also new bonus stages where you take control of Poochy in a series of auto-run segments, with the goal being to collect as many beads as you can. These are a nice little addition to the game, but they definitely get a little tiresome before too long. If you purchase the Poochy amiibo alongside the game, you can turn these stages in time attack levels as well. It will also allow you to use Poochy in non-Poochy stages in the regular game, so it is a little disappointing that such content is locked before an essential amiibo paywall. 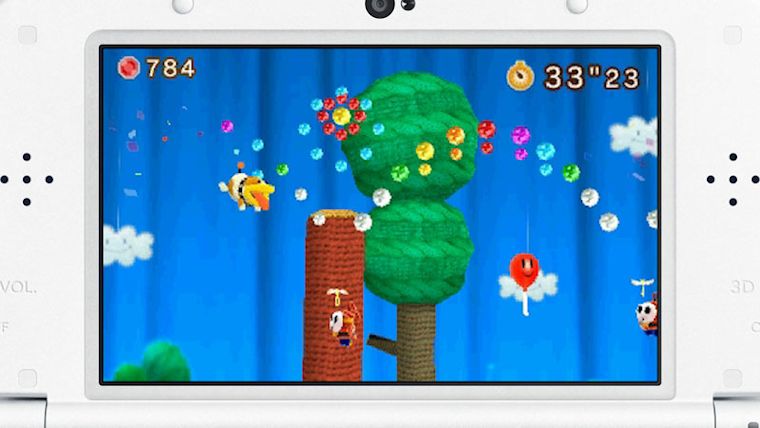 One of the complaints about Kirby’s Epic Yarn was its low difficulty level, which has befallen certain Yoshi games in the past like Yoshi’s Story, but thankfully Poochy & Yoshi’s Woolly World avoids that pitfall by providing a tightly controlled experience with varying levels of difficulty. Some of the checkpoint placements can be a pain in certain levels, but being able to continue again and again alleviates this a little bit. For an entirely kid friendly experience, there is also Mellow Mode that makes the game a breeze, which thankfully was not the default difficulty level in the game.

Visual style definitely translates to the 3DS quite well

There are plenty of collectibles to find for the completionist as well, with each stage holding five Wonder Wools, five Smiley Flowers, and 20 Pencil Patches, the latter of which replace the Stamp Patches in the original. This is in additional to the infinite number of beads you can collect throughout the game and spend on badges that make the game a little easier for you.

The original release of the game on Wii U featured a 3D styled level select where you would walk between levels in order. However, the 3DS release of Poochy & Yoshi’s Woolly World streamlines this a bit with a level select that is strictly left to right, with the bottom screen showing a select screen that looks similar to the one from Yoshi’s Island on SNES. This is definitely much more basic, but it feels just right on the 3DS.

As you play through the game, you will have the opportunity to unlock a new Yarn Yoshi design by collecting five Wonder Wools in each level. You can also tap your amiibo that you own to unlock special skins for every Smash amiibo except the Pokemon ones, as well as the Super Mario Bros. line. Poochy & Yoshi’s Woolly World adds even more to this lineup, including the Splatoon and Animal Crossing amiibo as well. Taking it even further, the 3DS version includes a pattern creation tool that lets you create your own Yoshi design from scratch, which is a fantastic feature for creative minded gamers. 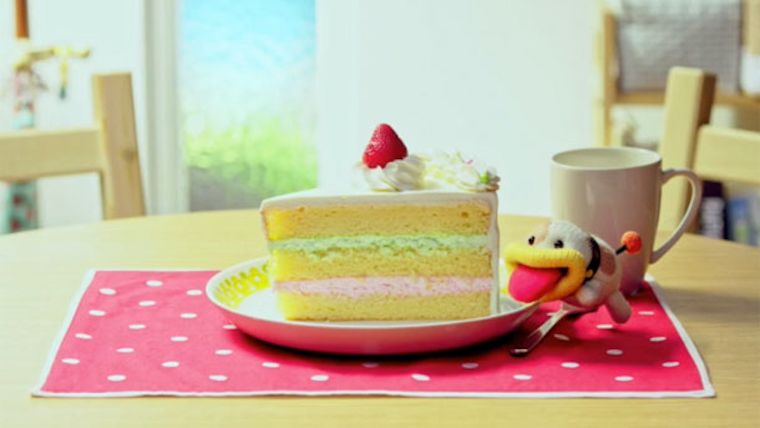 One of the early marketing tools used to promote Poochy & Yoshi’s Woolly World were some incredibly cute stop-motion shorts featuring the various Yarn Yoshis and Yarn Poochy, and the game also features a number of these as well. Inside the game’s Yoshi Theater, you can view 30 different shorts featuring these characters. They are definitely very simple, but kids especially will enjoy them, with adults being able to appreciate them as well. The only real issue with these is that these unlock one at a time, with you having to wait a day between each. With a game that won’t take you all that long to complete, this felt like a tactic to keep you coming back for 30 different days than anything else.