Psychonauts in the Rhombus of Ruin Review

The latest news in the world of video games at Attack of the Fanboy
February 20th, 2017 by Kyle Hanson 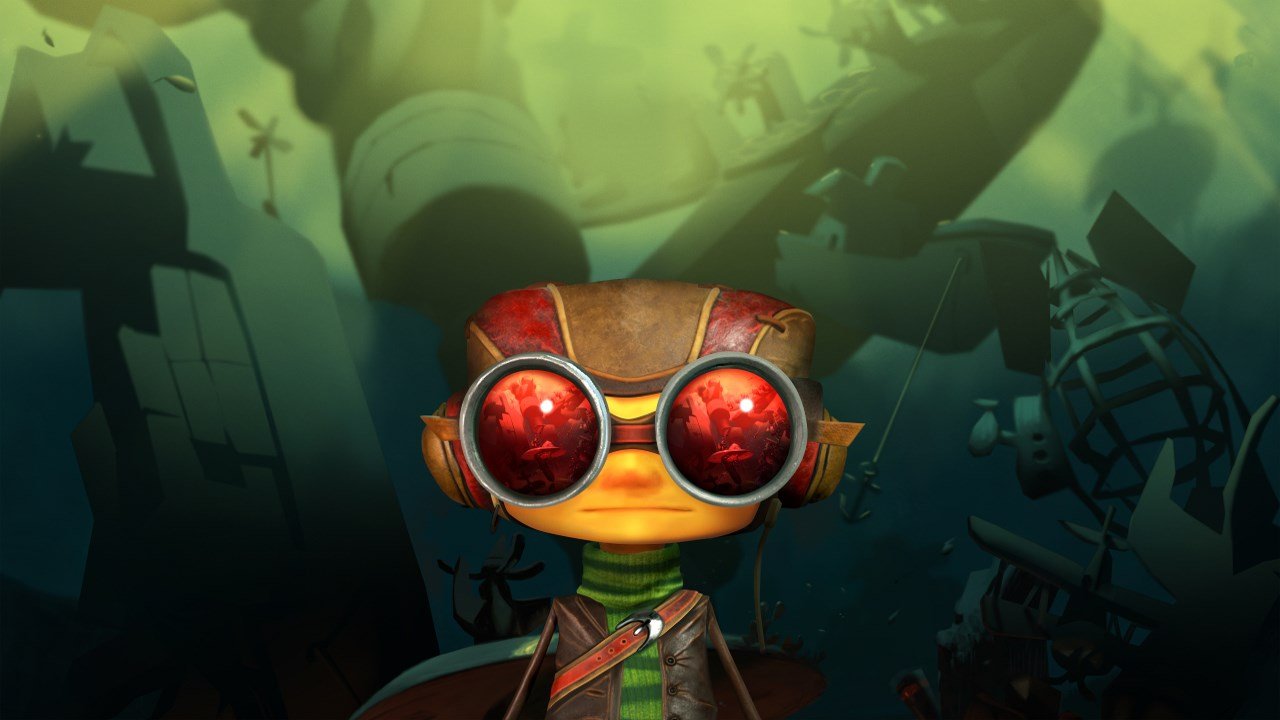 The original Psychonauts is the very definition of a cult classic. Launched in 2005 for PS2, Xbox, and PC, the game garnered wide praise from critics, but sales were abysmal. Over the years, thanks to word of mouth and the always increasing reputation of Double Fine, the game built an audience large enough to warrant a sequel. Along with the full blown sequel, Double Fine went a bit further though, offering up a VR exclusive experience in Psychonauts in the Rhombus of Ruin. This game eschews the action platforming of its predecessor for more graphic adventure type gameplay. It works well on the PSVR, but the genre’s usual issues do crop up.

Psychonauts in the Rhombus of Ruin helps bridge the gap between the first game and its upcoming sequel. At the beginning of this VR adventure, which picks up off of the cliffhanger from the original title, Raz is now a full blown Psychonaut off on a mission to save Lili’s father from an unknown enemy. The intro serves as a nice tutorial for Raz’s various abilities, which include jumping into other creatures’ minds, lighting things on fire, and moving objects via telekinesis. Things, of course, go a little wrong on the mission, and Raz will have to use all of these abilities in order to find his friends, solve puzzles, and unlock the mystery of the Rhombus of Ruin. 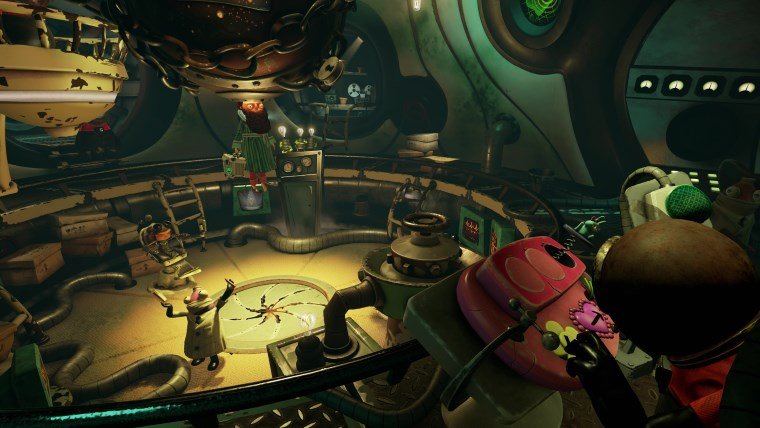 The story here isn’t all that deep, but it does keep you engaged and interested throughout the few hour runtime. It does a decent job of remaining self-contained, not just serving as a lead up to the sequel. However, it doesn’t intro you to the universe in any meaningful sense, so you will feel a bit lost as to how this whole Psychonaut thing works, if you skipped the first game.

Playing the first game is not a requirement though, especially for the gameplay, which has been totally reworked. The first game was a platformer, as its full sequel will be. This spinoff is more like a point-and-click adventure game, which Double Fine has a ton of experience with. That experience shows through with finely tuned point-and-click gameplay.

Using Raz’s power, you will play the entirety of Psychonauts in the Rhombus of Ruin by switching between the bodies of those around you, eventually moving to entire new areas of the map without Raz ever moving. This power works well in the gameplay by keeping Raz centered on specific spots and viewpoints, putting puzzles throughout each distinct level of the game, but spread out so that you need to change perspective a few times to solve it all. 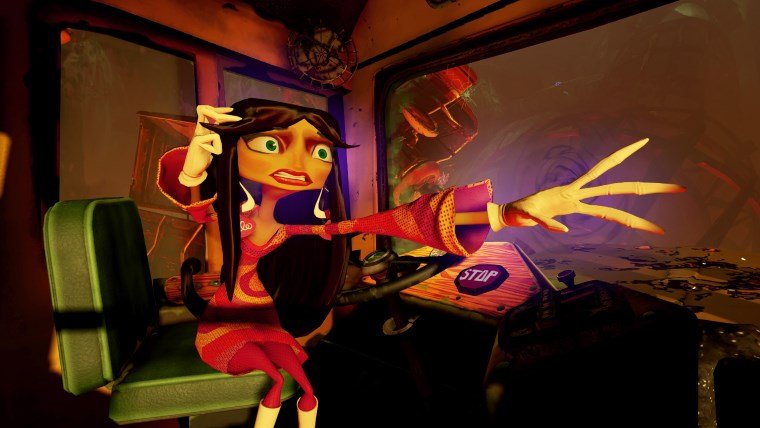 When it works, it works well, and it works most of the time. The game will take a few hours to complete, and you’ll go through multiple levels, solving tons of puzzles, exploring areas, and generally having a great time. However, if you get stuck it is like hitting a brick wall. If you’ve played other point-and-click adventures then this won’t be too surprising, but some of the puzzles here can be a bit obtuse, and if you aren’t tracking the thought patterns that the developer expects, it can get very frustrating, very quickly.

This is the exception though, but due to the game not giving you too many clues outside of repeated phrases that point you at the ultimate goal, not the steps it takes to get there, it can only take one or two of these to ruin a lot of the fun. But it is never quite enough to totally ruin the experience, so just be ready to Google anything that gets too bad, because the real fun of Psychonauts in the Rhombus of Ruin is in the writing.

Yes, this is a Double Fine game, which means that it has some extremely funny and clever writing behind it. It’s only laugh out loud funny in a couple of cases, but that’s already more than most games that try to be funny. And the main portion of the game’s humor is more in the absurd nature of the world and the characters that populate it. This is a true Double Fine game through and through, and if you’ve enjoyed any of their work in the past, they’re still putting out quality stuff here. 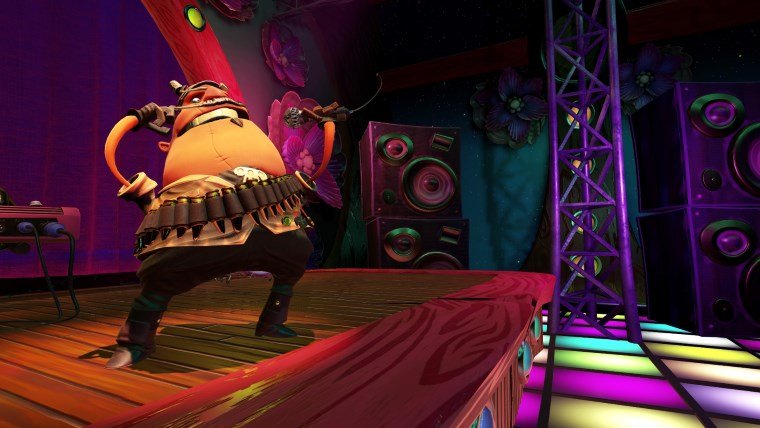 Along with all of this, it’s important to remember that Psychonauts in the Rhombus of Ruin is a VR game, which brings with it an additional set of criteria worth discussing. Given the simplicity of the experience, the controls work well, without the need for motion controllers. Presence is conveyed well, though there were a few instances where my character seemed to be much lower than he should be. The graphics were actually quite impressive for a PSVR game, with the Psychonauts art style lending itself very well to the technology. You won’t feel like you’re really there, but you will get a nice sense of being in the world of Psychonauts.

Psychonauts in the Rhombus of Ruin isn’t a true successor to the first game, that’s coming with Psychonauts 2. Instead it serves as a fun side adventure, utilizing PlayStation VR to put players right into the world of the game. It does this well, with the usual excellent writing expected of Double Fine. The point-and-click gameplay is fun, and works well in VR, but the puzzles can and will stump you at some points, causing some extreme frustration. A short game, it is nonetheless worth trying out, especially if you were a fan of the original.

Psychonauts in the Rhombus of Ruin

Home / Game Reviews / Psychonauts in the Rhombus of Ruin Review