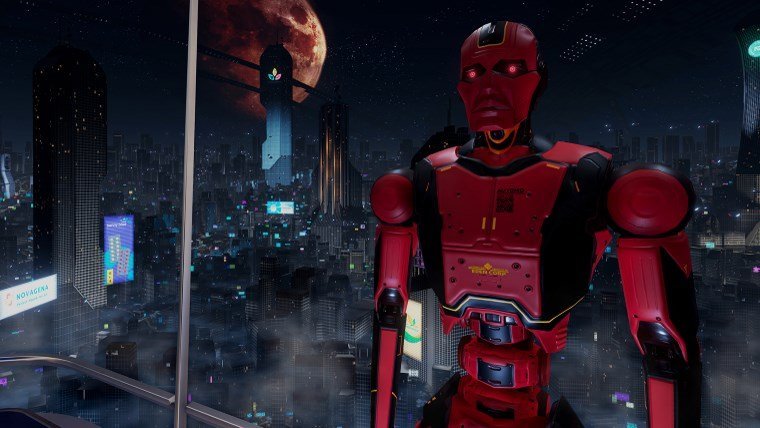 Among VR gaming enthusiasts, Raw Data is seen as a true innovator. The game first released into Early Access back in the early days of the technology and has been at the forefront of various game mechanic and tech changes. Now, over a year later, the game is launching as a full and finished title. It still has all of its interesting and fresh ideas baked in, though VR gaming has been changing rapidly at the same time. The finished product is a fantastic summary of VR gaming’s first year of releases, and offers a more refined and streamlined gaming experience than almost any other VR game.

Raw Data is one of those rare VR releases that features a story and campaign. Don’t get your hopes too high though, the devs at Survios put effort into this world, but the story you’ll experience in the game’s single player mode won’t be all that intricate. It involves the main character infiltrating Eden Corp., a massive interplanetary corporation that is seemingly killing its own employees and random civilians for some nefarious purpose.

Across ten missions the player will fight off waves of robot enemies as they extract the “raw data” hidden within Eden Corp’s mainframe. The main pieces of story come from interactions with Adam, a somewhat helpful AI that has been hijacked to serve the rebels’ needs. While the story won’t get too deep, the dialogue is actually quite well written, offering humor and fun within the dystopian environment presented in Raw Data. 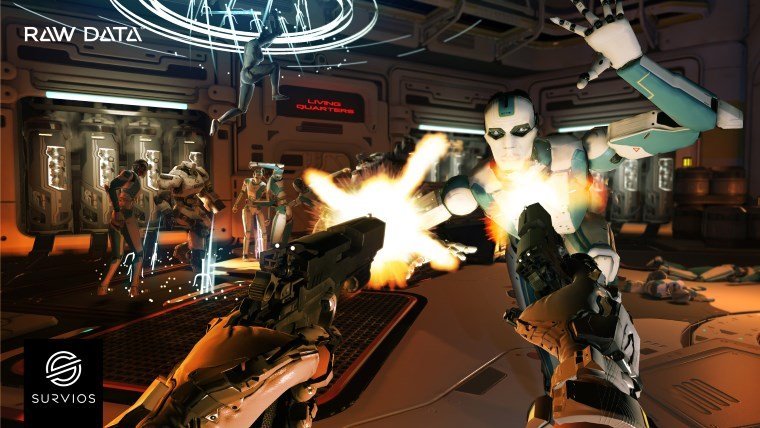 What is impressive with the story, outside the barebones plot, is that Survios seems to have crafted an entire universe for this game. They’ve already released some comics and other media, and it’s clear that a lot of thought, planning, and work went into crafting the world of Raw Data. Hopefully the team can continue expanding on this in the future, as it’s the type of scifi universe that many gamers enjoy.

Raw Data isn’t VR’s killer app, but it’s about as close as we’ve gotten so far.

But enough about the story; VR games live and die by their gameplay. Here is where Raw Data truly sings, as the game works well to sum up the first year and a half of VR gaming. Raw Data was responsible for a lot of VR innovations, especially around movement and shooting mechanics, and seeing them come to their full fruition is great. This does mean that there’s not much here that feels fresh and new though, if you’ve been playing the Early Access version, or the other VR shooters out there. This is a game that does them all exceptionally well though.

Yes, this is still a wave shooter, which has become the main staple of the VR space, but it’s a really good one. Each level puts players into new and different environments. They can move about them as they wish, either using teleportation or the Vive touchpads (not sure how it works on the other VR platforms). The teleportation works so well and offers one thing that most others don’t. Players don’t just disappear and reappear where they wish, instead they move quickly and see the travel the whole time. This helps nausea, confusion, and creates more seamless and realistic gameplay. 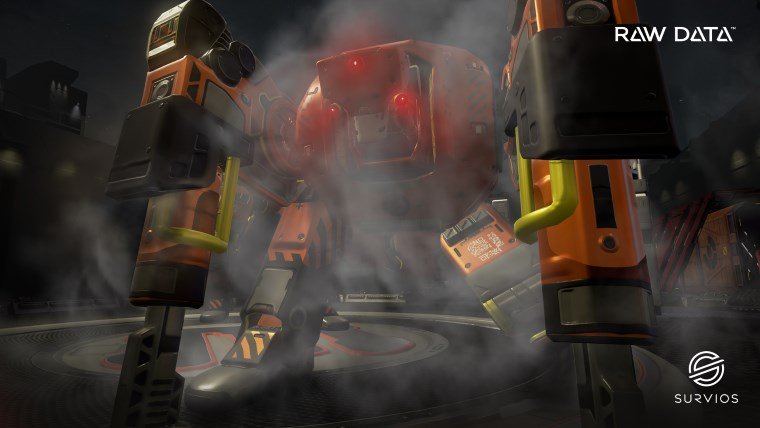 Adding onto the standard wave shooting gameplay is a bit of tower defense. Players can place turrets at key junctions, spending in-game currency to deploy them. These help section off the battlefield so the player can focus better, but they can be destroyed, and will only offer a brief respite. Special moves also mix things up, delivering powerful blows, or long range attacks. The bullet time move is a personal favorite, but each gives the player choices for when things get hectic.

Raw Data’s shooting is simply blissful. With four different weapons to choose from, each has its benefits and detractions. The dual handguns will likely be most players favorites, and they simply make you feel like an action star. Popping shots off into robot enemies has never felt this good. The shotgun is another favorite. Its main draw is that you can use both hands for aiming and pumping new shells, or just use one and reload with a flip. The bow is a VR necessity and Raw Data’s is one of the best. The tracking shot, which will draw future arrows to the target, is an especially nice touch. And for the experts, the dual swords will make you feel like a ninja (or Jedi), but will require you to get up close and personal.

Action games are best when they make you feel like a badass, and Raw Data does this from start to finish. The only times that it doesn’t are when the game hiccups in some way. For example, when finishing up the first mission I experienced a bug where the final enemies didn’t spawn properly, causing me to stand there and wait for them to show up. Another instance had a similar break in the action, as the wave wouldn’t complete. These are rare though, and will hopefully be patched up once the game is out in the wild. 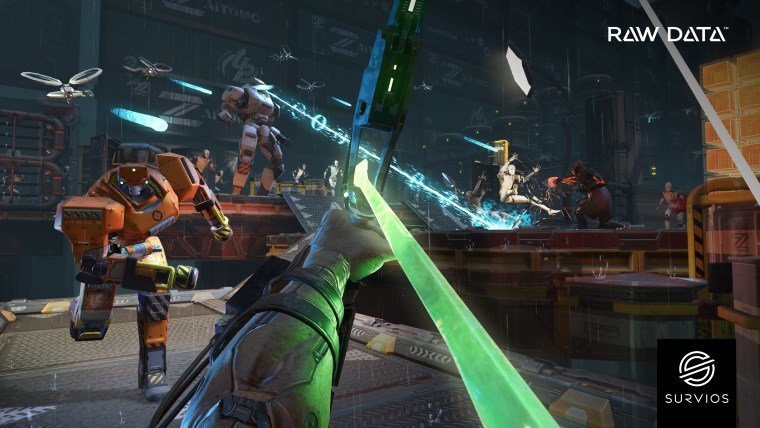 On top of the campaign, Raw Data offers some multiplayer options to enjoy. Unfortunately, with the low player count of a VR title that’s in Early Access, trying these out is rather difficult. When I was able to though it seemed like a nice add-on to the campaign, allowing some variety when you get tired of going for a new high score. Still, if multiplayer is your focus then you’ll likely want to look elsewhere, as it’s not the main selling point for this game.

Raw Data is like the final solid release of VR gaming’s first wave, and the beginning of the second. It’s gorgeous and features a large, expansive world, but it does still offer the same wave based shooter gameplay that has dominated the VR space. It does it much better than most of its competitors though, and the added touches of turrets, multiple weapons, and special abilities really bring it to a new level. Combined with fantastic movement mechanics that amp up the action, Raw Data is a must play for VR enthusiasts. This isn’t VR’s killer app, but it’s about as close as we’ve gotten so far.