Portal and The Witness on the Moon 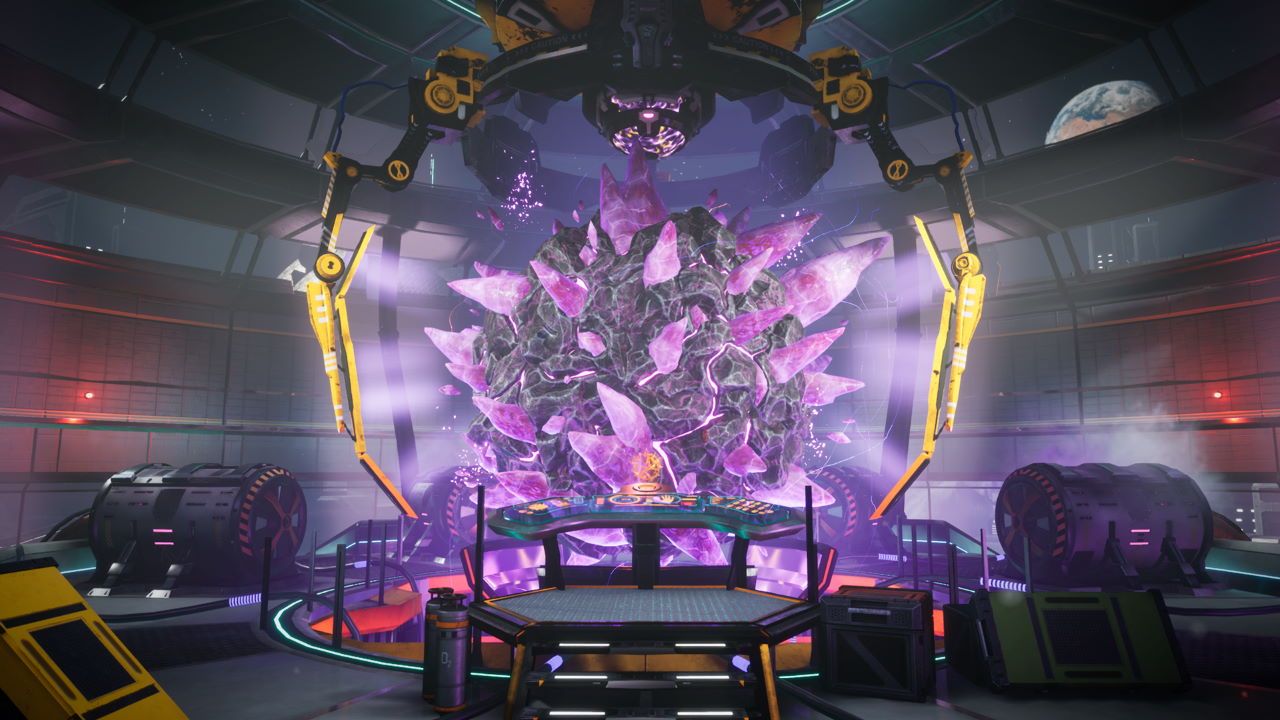 What do you get when you combine the puzzles of Portal with the overall tone of The Witness, place it all on the Moon and include a compelling family narrative? Relicta hopes to be your answer, and in many ways it nails these lofty objectives. The games mentioned above will spring to many gamers’ minds if asked about the best puzzle experiences available. But while Relicta does live up to its inspirations in some ways, it often stumbles where it should hit its stride. While there’s a lot of heart put into the project by Mighty Polygon the end result is a puzzle experience that feels a little rough around the edges.

Relicta has you take on the role of Dr. Angelica Patel, a scientist working on the newly terraformed Moon or Luna. As she awaits the arrival of her daughter Kira, a mysterious accident has crippled the base, leaving Dr. Patel alone and in danger. She’ll need to figure out what is going on while exploring and navigating the many unique areas of Chandra Base. Luckily she has a very useful tool to accomplish all of this.

Relicta’s puzzles are all physics-based, but a very specific set of physics. Dr. Patel’s gloves are the key, as they manipulate magnetism and gravity in a few different ways. Mostly you’ll be altering the state of boxes that are reminiscient of the ones found in Portal. You can pick them up and drop them, but the real fun is in changing their magnetic or gravitational state. 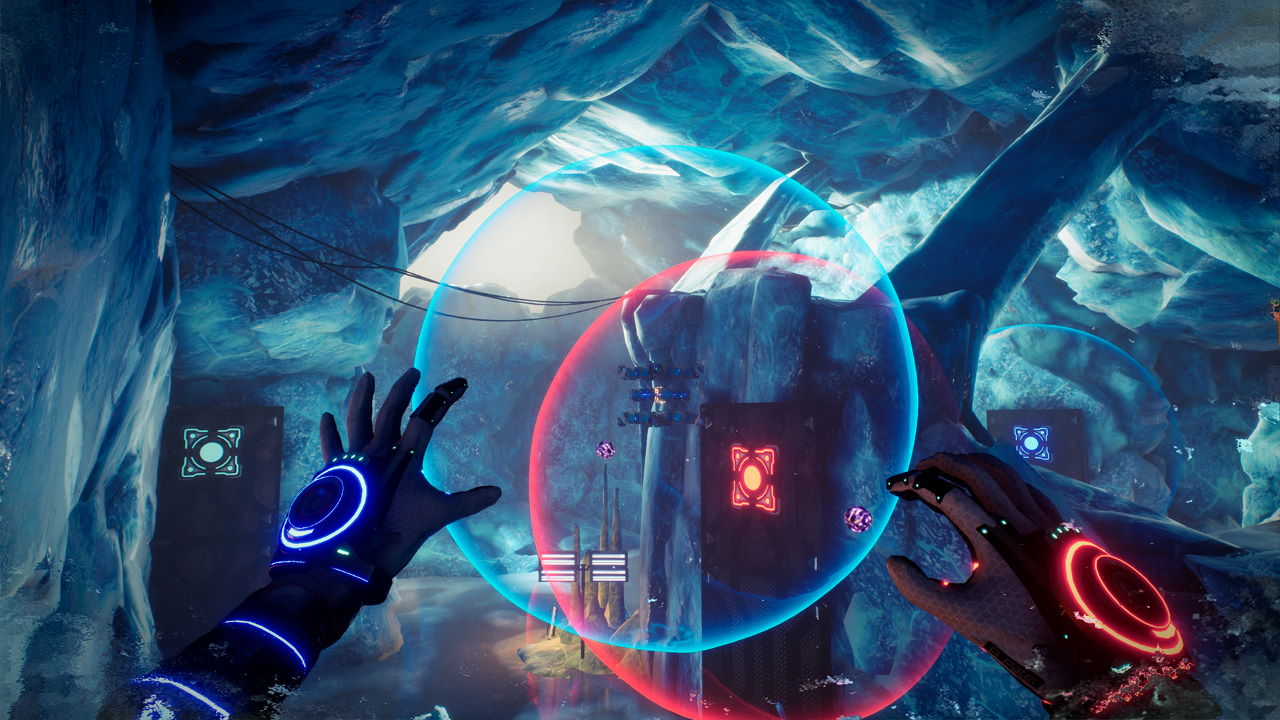 Switching a box from red (positive) to blue (negative) might seem simple, but the many ways it can be used will surprise you throughout the dozen or so hour campaign. Opposite polarity boxes or platforms will attract each other, while the same color will oppose. Combine this with the ability to negate gravity on the box and you have a recipe for a lot of interesting puzzles.

Most puzzles, especially early on, boil down to entering a confined area, locating the doors and switches, identifying the boxes available, and determining how to get them where they’re needed. This can be as simple as repelling a box off a cliff using another box, but gets much more complex as you pregress. Eventually you’ll need to figure out how to move boxes across large expanses, or possibly getting yourself to previously unreachable heights by surfing on top of a box that’s bouncing between different magnetic platforms.

Sometimes solutions you come up with will fail due to some random thing, forcing you to repeat the solution in the “proper” way.

While the puzzles do often delight and surprise, repetition does still start to weigh on the game. In the end, you are still mostly just transporting boxes, flipping switches, and opening doors. While the environments may change as you move from one terraformed biome to the next, the puzzles stick to a pretty tried-and-true style, especially in the opening stages. Player patience will likely start to wear thin pretty quickly as you realize that moving boxes from point A to point B will occupy most of your time in Relicta.

But that’s basically what Portal was, and it is regarded as an all-time great. So does Relicta follow suit? Not really. The issues all come in at the edges though. While the core gameplay of puzzle solving is pretty solid, many aspects aren’t well explained. It’ll take you a little while to explore which barriers you can walk through, or how you can navigate the area. Making this more difficult is that everything around the puzzles just feels a little off. For example, while the physics work well throughout they aren’t always consistent. Sometimes solutions you come up with will fail due to some random thing, forcing you to repeat the solution in the “proper” way. 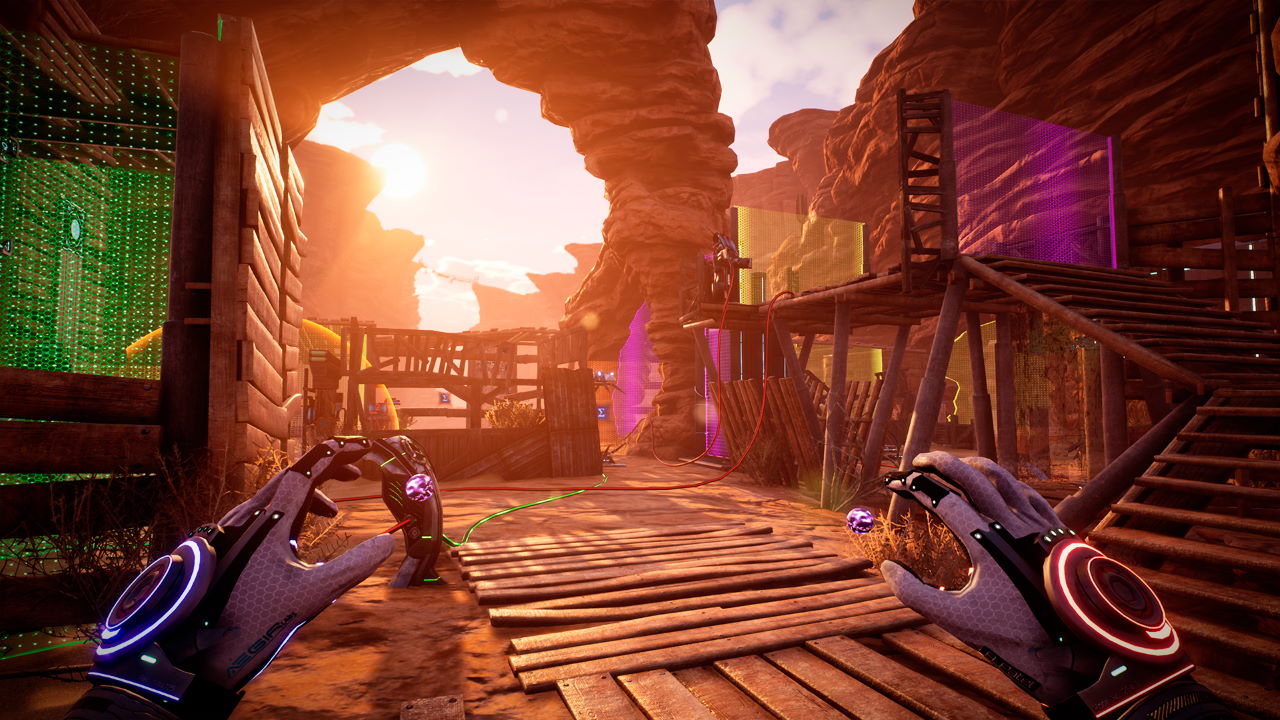 More importantly, solutions often revolve around limitations that simply don’t make sense. Many require you to get a box over a wall or through a gap, but these challenges have an added element of artificiality as you normally could have just tossed the box over, or crawled underneath the gap. But in Relicta there’s no crouching and picking up boxes just means they hover in front of you a few inches off the ground. The level design is also very narrow and confined despite the open visuals. You may think you can just jump a rock or two to get around a barrier, but the many invisible walls will end this notion immediately.

While the gravitational and magnetic mechanics are fun to play around with at first, they soon settle into a clear pattern of how to use them. While later levels add depth and complexity, there’s little in the way of fun experimentation here. The puzzles often have a clear solution to them and you must work it out to proceed. With no ability to backtrack or try different areas, such as how The Witness functioned, players might come across puzzles that test their ability and end up completely stuck. A hint system would help quite a bit, but even simple objectives like “go to the lobby” can be needlessly difficult due to a lack of direction.

Creating a puzzle game might be one of the most difficult challenges in game development. Not only are you crafting a world, but you’re filling it with puzzles that must have a clear solution and you have to create it from the ground up. I appreciate the challenge, and Relicta does deliver some great brain benders through the campaign. But on the whole, when presented with a new puzzle, there was little feeling of joy at what fun I would have tackling it. Instead it felt like I was driving along and hit a detour with poor signage. If I located and followed the signs, I would end up at the destination. But if I missed one or rushed through it, I’d get lost and have to do the whole trip over again. 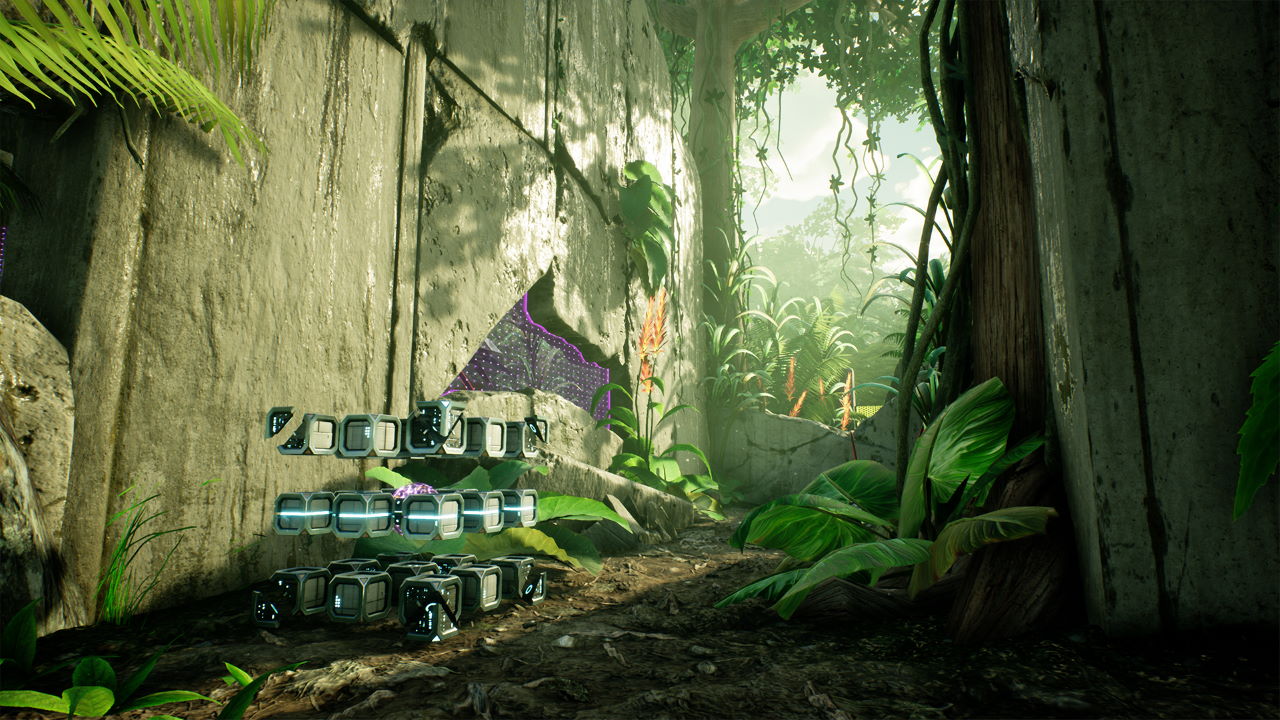 Luckily, that trip is enjoyable to look at, once you turn off the overly-aggressive and system-taxing motion blur. The environments on Luna look great, if a little visually busy. The soundtrack is light and enjoyable as well. So as long as these smaller criticisms of the puzzle gameplay don’t seem like they’d bother you then Relicta should pique your interest. It’s a solid effort and offers some unique moments, though it never quite comes together as a great and cohesive whole.

Relicta offers some fine puzzle solving gameplay for those who are dying for more of it. If you loved every minute of Portal, The Witness, Obduction, or other sorts of puzzle adventures then Relicta does have something for you. But it’s not as well polished as those titles, and doesn’t offer as much creativity in puzzle solving, or variety in the puzzles themselves. The world around this does though, and presents a decent story to delve into. But there’s a lot more that could be done to fine tune the experience overall.