The latest news in the world of video games at Attack of the Fanboy
August 12th, 2014 by Joshua Garibay 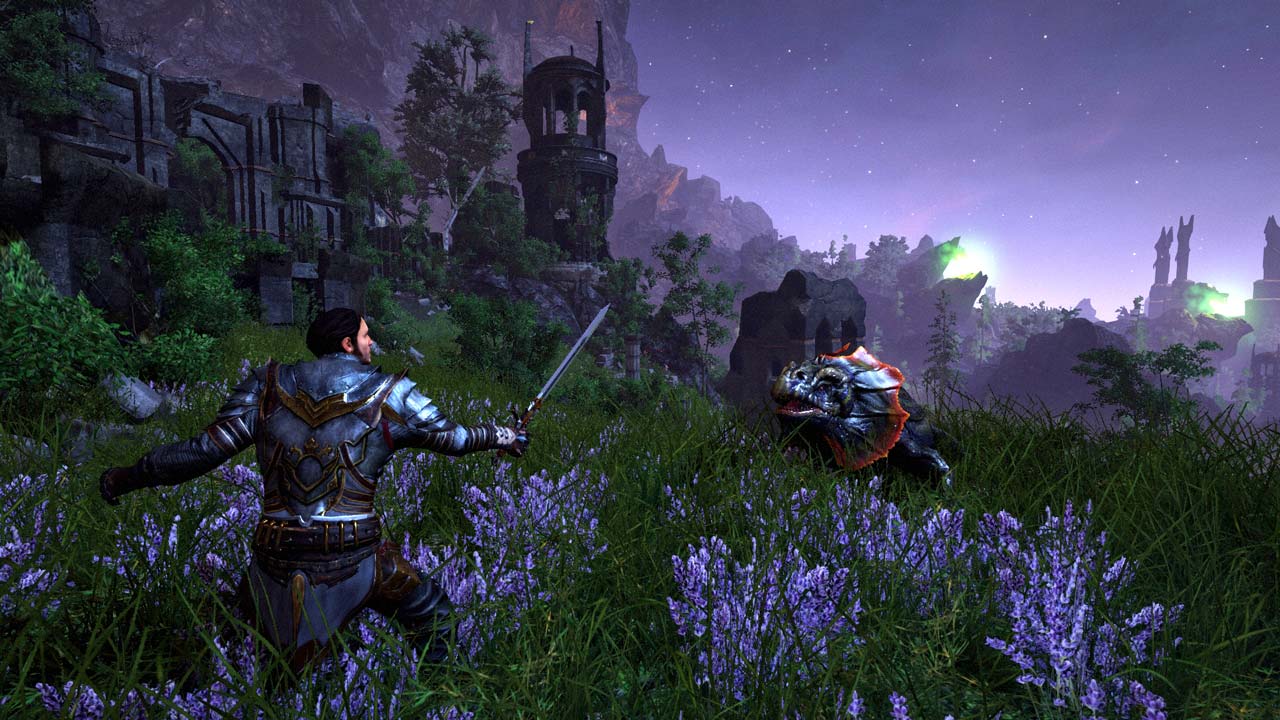 Piranha Bytes brings us another nameless hero on a grand journey and this time he’s setting out to reclaim a stolen, personal belonging: his soul. Oh, and he might just save the world from the Titan Lords along the way. It’s an adventure littered with Shadow creatures, an abundance of quest-bearing NPCs, and the freedom to explore everything at will. Piranha Bytes declared that fan feedback was taken into consideration while developing the third Risen installment. This has resulted in a medieval fantasy experience more akin to Risen 1, moving away from the mistakes of the pirate-themed Risen 2: Dark Waters, or so it has been claimed. The important question here is, has Piranha Bytes adjusted their formula properly and succeeded in hand-crafting an RPG worth losing oneself in for 40+ hours?

As previously mentioned, Risen 3: Titan Lords stars a nameless male hero who is unfortunate enough to have his soul stolen from him. This kicks off a vendetta against the demonic forces of the shadows. It isn’t the most unique narrative ever written and it probably won’t draw you in on any deep or emotional level. It’s hard to care for the overly gruff-voiced protagonist and the lackluster cast he finds himself surrounded by either. The main character and all supporting NPCs suffer from poor voice acting, making it all the more difficult to be immersed into the world. The delivery of every line is so straightforward and dry that it nearly drains all interactions of any discernable personality. The hero’s first companion, Bones, may be considered one of the game’s more “lively” characters, but that isn’t saying much. It doesn’t help that the lip sync is so terrible that it’d be understandable if you had to double check to ensure that you were playing a game released in the year 2014. The only time the nameless hero’s voice over delivery seems somewhat believable is when a sarcastic option is chosen from the dialogue tree. That partial exception aside, the dialogue may have you laughing at how ridiculous it sounds rather than any intentional humor. 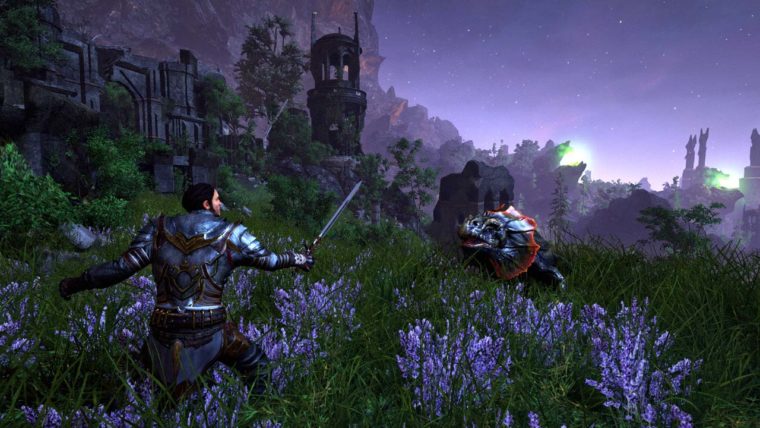 In fact, the only thing stiffer than the presentation of dialogue in Risen 3, is the set of animations. Unsheathing your sword, pulling a rifle off your back, jumping and just about any other performable animation is not as fluid as one would expect from a game nowadays. Early combat encounters further pointed out this issue, although the discovery of new offensive/defensive options later on helped alleviate this issue to a certain degree by varying up the rigid combos. But even stiff animations are a better design choice than none at all, which is why the lack of a ladder climbing animation is the biggest offender. Our hero does not climb ladders and vines. Instead, the game fades to black, hiding the action. It looks silly to watch a game fade out for the three foot ladder on the side of your boat, especially since you can just jump off the side into the water (you can actually swim this time around) and avoid the transition screen all together. Needless to say, the actions can be off-putting at first while the player adjusts to the distinct style of Risen 3.

Backing up a bit, combat in this third installment fares better than its predecessors. It starts off barebones, only sporting basic strong and heavy combos when wielding swords, blocking and dodging. Firearms are also thrown into the mix, with pistols used as an auto-aimed secondary and shotguns/muskets able to be fine aimed via standard third-person shooter controls. Through the use of Skill Trainers, new moves open up to the player, provided they have the gold to buy them. Riposte is one such skill and greatly changed my tactics once obtained. Suddenly dodging wasn’t as much of a necessity. Then there’s the return of crystal magic, a feature absent from Dark Waters. There is a variety of magic available, ranging from the ability to rain fire down from the skies to sending bolts of electricity out of your hands inFamous style to turning into a giant blue parrot for easy escapes or large gaps. It does require a small time investment to start opening up these new options, but once you do it significantly fleshes out the combat. In fact, Skill Trainers change how you play the entire game, with the ability to sneak and craft locked away until the proper trainer is located. 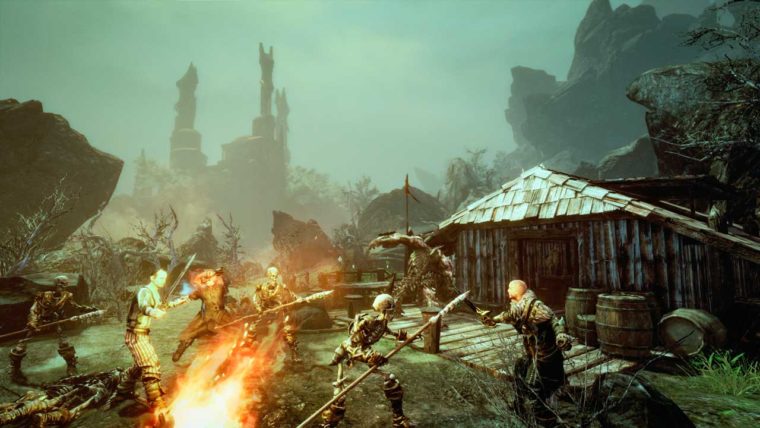 Okay, so we’ve established that this RPG doesn’t sound or move in a way that garners much praise. But how does it look graphically? Well, not outstanding either. That’s not to say that the game looks awful. Just don’t expect to see it winning any awards for its level of detail. Character faces are emotionless and flat, ground textures can be bland at times and minor pop-in was noticeable throughout the game. Minor cloth physics and swaying shrubbery rank among the most advanced visual aspects. Fortunately, each environment carries a different look and vibe, providing ever-changing scenery. So, while they may not be the most visually impressive surroundings, at least they’re varied.

Here’s where we start diving into the meat of Risen 3. You see, this RPG title isn’t about innovative combat, award-winning graphics or procedurally generated content that numerous developers can’t stop talking about lately. No, Risen 3: Titan Lords is a return not only to the series’ roots, but also to the genre’s former style. Everything in Risen 3’s world was carefully placed there and serves its own purpose. The 300 quests awaiting players are all scattered across the vast environments. One may be found in a book sitting on a villager’s desk, whereas another might be tucked away in a specific conversation choice. You never know where the next side quest will come from, but you can be sure that your logbook will be full of them in no time. And you’ll be sailing between a handful of lands to find complete all. In order to level your character you’ll want to seek out as many as possible, as each one hands out an XP-equivalent called Glory, which can then be spent on one of eight attributes.

If there’s one area I must commend Piranha Bytes on their excellent work, it’s exploration. The game encourages exploration and gives the player the freedom to tackle missions when they want and, often times, how they want. Venture far enough into the unknown and that logbook is sure to see an influx of objectives. The addition of a mini-map to this entry helps make the plethora of missions more manageable, although its use is completely optional. Tackle them at your leisure. That’s what the game promotes. The order is up to you. Sometimes you might even complete quests before obtaining them simply by exploring new areas. For example, I sent my hero into a cave close to town in Taranis, where he was met with an onslaught of goblins. They stood little chance against the hero and his companion, succumbing to their swords quickly. An hour of game time later and I came across a man looking to have that particular area’s goblin infestation cleared out. This allowed my character to turn in the quest right away and not have to backtrack to the cave system to do it all over again. In another instance, I came across a chest surrounded by a man’s belongings. I grabbed them and carried on my way. A short while later I stumbled upon a hut with a chef inside. Not wanting to miss a conversation opportunity, I began talking to the fellow. Turns out he was looking for his stolen property and I just so happened to have it on me already. It’s in these moments that you can tell that Piranha Bytes really did hand-craft the world, selecting each object’s location. It’s refreshing to see a game where the world lets the player interact with it at their will without waiting for a quest to trigger. 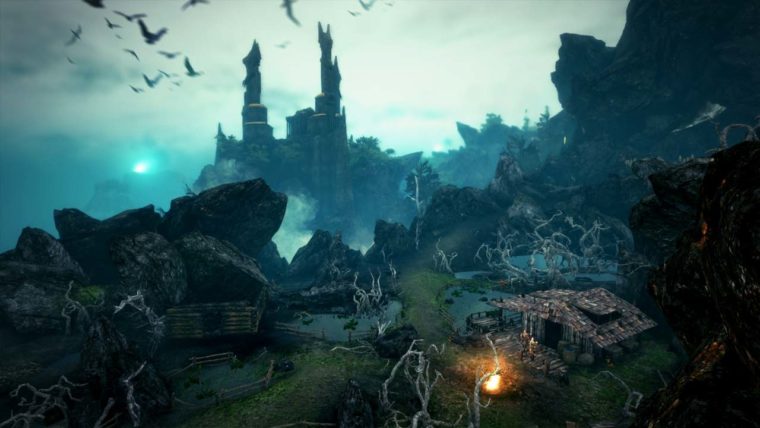 There’s plenty to see, but you won’t get the full picture in a single playthrough. Different outcomes and conversation options are a major factor in this, but there’s another aspect of the game that boosts replay value. Three factions reside within Risen 3: Demon Hunters, Voodoo Pirates and Guardians. Once your allegiance is sworn to a faction, the other two become inaccessible. A new playthrough is the only way to experience the different factions and their exclusive quest lines. Also, it’s the only way to obtain their tiered gear. Your rise through the ranks will be reflected by the armor provided to your character. The Guardians start out new recruits as Cadets with basic cloth armor and gradually provide full metal plating as the hero proves himself to the guild. Completionists will definitely find added value here.

Risen 3: Titan Lords is a decent RPG with rewarding exploration, but it’s hard to find much else to gush about. The ability to set your own path and pacing in the game is easily its biggest draw. While combat has seen some improvements over previous entries, it was not engaging enough to maintain interest over the length of the game. And that’s the problem with the rest of this package. If it isn’t an outright disappointment (ex: voice acting), it falls short of surpassing average quality. It’s unfortunate that a fair portion of the game contains these lackluster moments, because the game’s design screams for you to explore every nook and cranny. Piranha Bytes has taken steps in the right direction to creating something truly memorable, but the end result isn’t quite there yet.