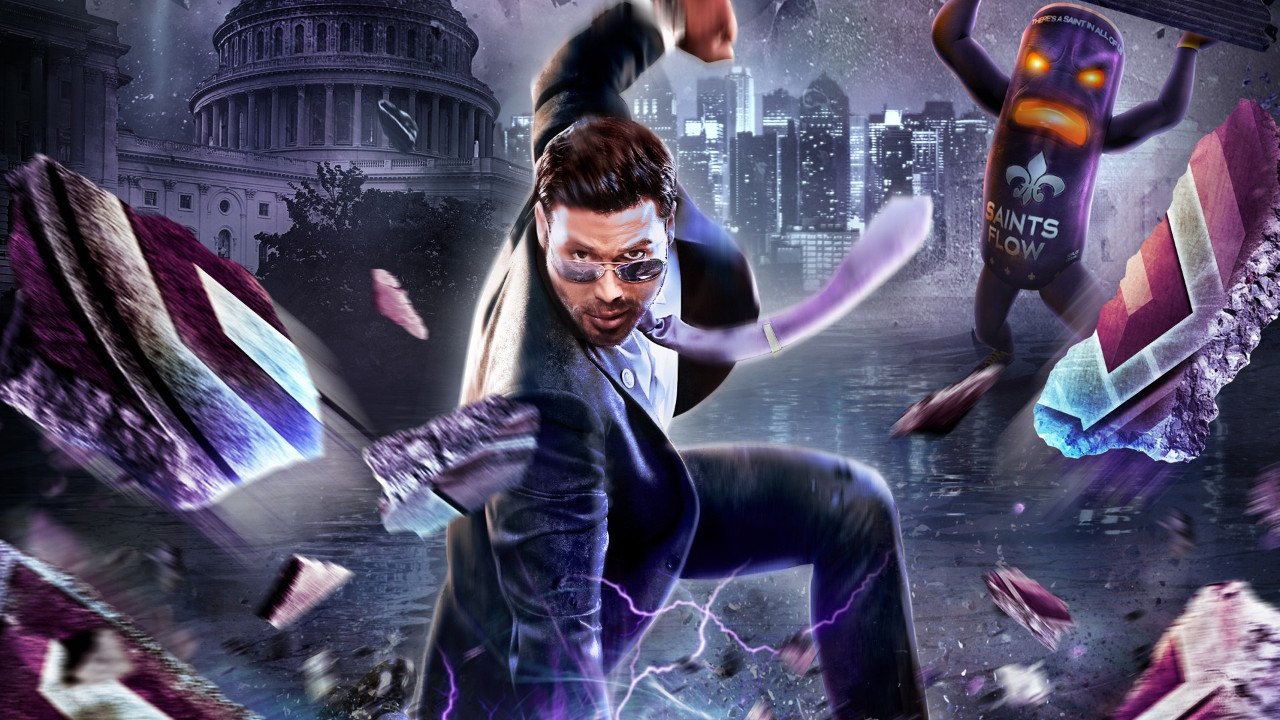 Volition took players literally out of this world back in 2013 with the release of Saints Row IV, pushing the franchise to new heights on last-gen consoles and PC. As with many of the major AAA releases at the tail end of that generation, it was soon revealed that the game would be coming to the now current-gen consoles that debuted only a few months after its initial launch. Handing the reigns over to High Voltage Software this time around, Saints Row IV: Re-Elected has blasted onto Xbox One and PlayStation 4 with zany characters and gameplay that are just as over the top as they were in the original release, this time with a fresh coat of paint that helps to serve as an excellent jumping on point for newcomers.

The Saints Row franchise initially started off as somewhat of a Grand Theft Auto clone, but has followed a unique trajectory that oddly enough has felt like a natural progression for the series. It would have been hard to believe that the series would be introducing superpowers and aliens into the mix at its inception, but that is exactly what Saints Row IV: Re-Elected did. The story surrounding the game has The Boss now serving as president of the United States when everything goes awry, as the planet is overridden by aliens. This leads to the story moving back and forth between the real world and the in-game simulation, which while convoluted at times, seems just about perfect for a game that feels like it should be from the 1980s.

This 1980s feel is further pushed along by a fantastic in-game soundtracks that is made up of many popular songs. Similar to Grand Theft Auto, the player has the option to adjust the radio, but the best aspect is that the radio can be used anytime in the simulation world, even when walking around. The Mix 107.77 is easily the best station, which allows the player to take down baddies to classic tunes like “The Touch” and “What Is Love?” The game also strategically places some of the songs at important moments of the main story, including one early moment that lets newcomers know exactly what kind of game this is right out of the gate. 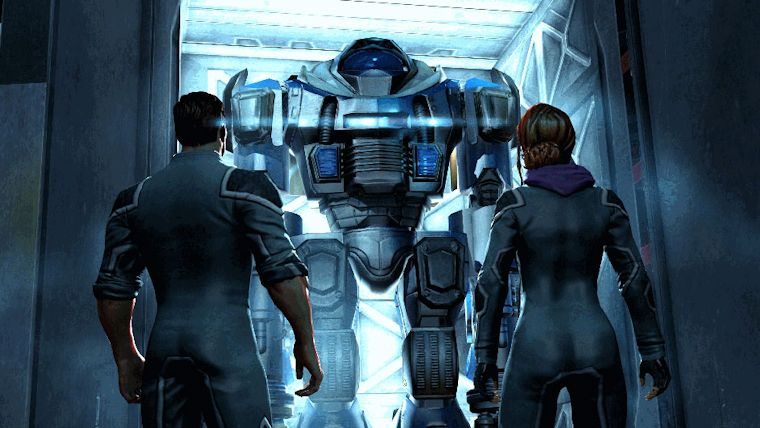 Dispatching of enemies can be done in a variety of ways, the first of which is the basic GTA third-person shooter style. Choosing from a range of different guns, both human and alien, The Boss has an vast arsenal at his disposal to mow down bad guys. The Grand Theft Auto influence continues with the ability to jack any vehicle that one comes across, while also including the amazing tool of being able to copy any vehicle for instant spawning access later through the in-game phone.

This type of gameplay is pretty typical of the Saints Row series, but Saints Row IV takes it up many notches by introducing an array of different superpowers that can be used at almost anytime during the simulation. Ranging from super speed, to super jump, to telekinesis, the player has the ability to destroy everything in his or her path. The inclusion of superpowers almost make Saints Row IV feel like an amalgamation of many different games or franchises, such as inFAMOUS or the underrated Incredible Hulk: Ultimate Destruction with the jumping mechanics. There is also the ability to boost each of these powers, as well as other aspects of The Boss, which all come together exceptionally well.

Gameplay style is far from the only area where the game was influenced by other franchises, as numerous gameplay segments will leave the player downright giddy with nostalgic excitement. In some cases, the developers honor classic franchises like Metal Gear Solid and Double Dragon with key elements that define the originals. These game segments are not only unexpected, but do a superb job at completely turning the game upside down to shake up the sometimes repetitive gameplay. 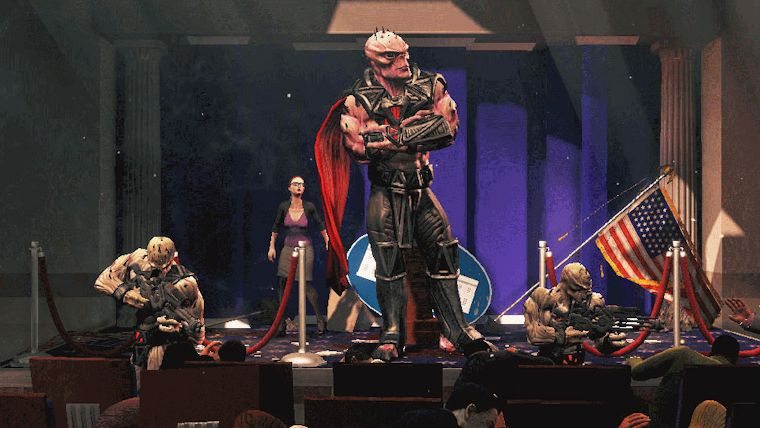 These various gameplay types in the game are split up among both main story and sidequests, the latter of which are numerous. These quests are easily accessible from the menu and the player can be led to any one of them with ease upon choosing. This sometimes can be a pain in games like Grand Theft Auto, where one has to scour the map to find where he or she is supposed to go. However, it is made about as easy as possible in Saints Row IV: Re-Elected, which is quite useful in an open world game such as this.

When playing through either of the quest types, the humor that has helped to define the Saints Row franchise is ever present. For example, the character creator is full of hilarious choices, including one major fourth wall breaking voice acting related joke, but it only gets better from there. Saints Row IV: Re-Elected is the kind of game that will have the player truly laughing out loud at many points, with the hilarity spread very evenly across the game. There is no doubt that this is the perfect kind of game to play when one is in a bad mood and needs a pick-me-up, complete with trippy bosses like a giant evil soda can man named Paul.

When playing any type of port to the new generation of consoles, one of the major talking points is almost always the graphical improvements that were made. This is one case where there honestly is not all that much different that would classify this version as definitively current-gen, though it is no major surprise in a game like this. Saints Row IV certainly does look better than it did before, particularly with more detail and clearness to the backgrounds as one races around Steelport, but if a major graphical overhaul is the sole reason for someone to pick up this game, they will likely be quite disappointed. 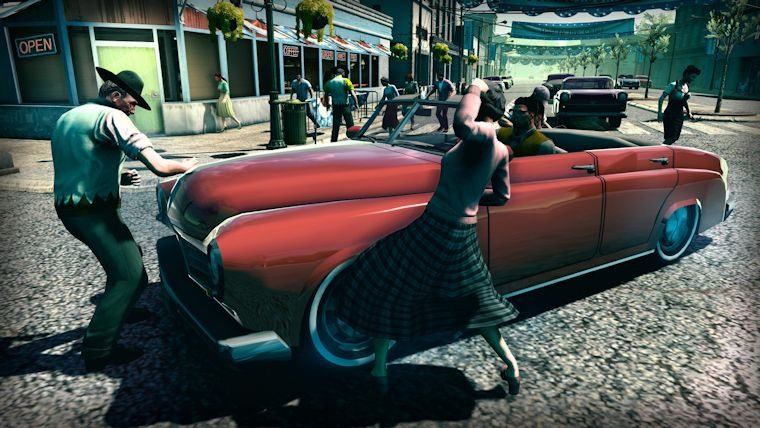 This remastered version of Saints Row IV also comes with the DLC expansions that made up the season pass previously with Enter The Dominatrix and How The Saints Saved Christmas. These are nice additions to have, though a release date prior to Christmas would have been much better with the Christmas pack included. In retail, the game comes with the brand new Gat Out Of Hell DLC as well, but digitally Saints Row IV: Re-Elected can be bought for only $29.99, minus Gat Out Of Hell. Considering that new expansion is rather lackluster in comparison to the rest of the game, it is disappointing that those who buy Re-Elected did not receive any sort of discounted price at all, especially with this being what should be the final release for Saints Row IV.

Saints Row IV: Re-Elected serves as a marvelous starting point for newcomers to the franchise, while at the same time being the next great step forward for fans of the series. Taking a cluster of very different ingredients and mixing them into one pot turned out magnificently, with the inclusion of superpowers jumping the series to new heights. The remaster itself pales in comparison to other recent ports like GTA V, so it can be kind of hard to recommend for those that already own the game on last-gen consoles. However, for those that have never played the series or just this game in particular, Saints Row IV: Re-Elected is a must buy for anybody that enjoys mindless, yet incredibly amusing gameplay.