Shady Part Of Me Review

What's lurking in the shadows? 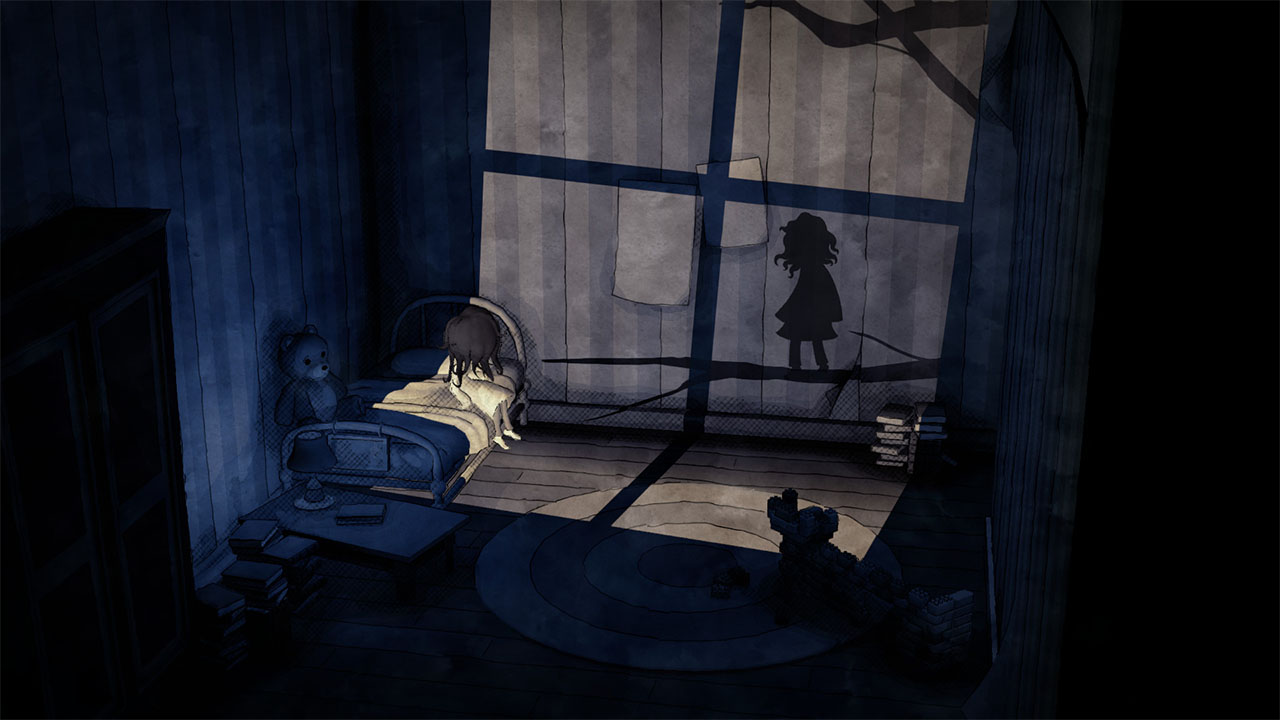 Indie games may often get overshadowed by their much larger and longer counterparts, but sometimes a solid indie title is just what you need. The puzzle platformer genre is especially huge here and developer Douze Dixièmes decided to give it a try with their first game that has been in the works for a few years now. After mostly being kept under wraps all this time, Shady Part of Me was not only just revealed, but is also now available.

Shady Part of Me is a very story focused puzzle platformer, where you play as a girl and her shadow. However, there is a lot more to it than that as the story unfolds. The story follows a young girl who appears to be in a hospital, likely some sort of mental facility, which she is trying to escape. In fact, there is a lot of ambiguity during the game to where you can add in your own full story between what is happening.

While exploring the hospital and many of the areas within her head, players will get a good look at the solid visuals found in the game. They utilize what is almost a watercolor aesthetic that is dark and dingy most of the time, which works for this type of game. This is also accompanied by an eerie soundtrack that works very well for this time of game. 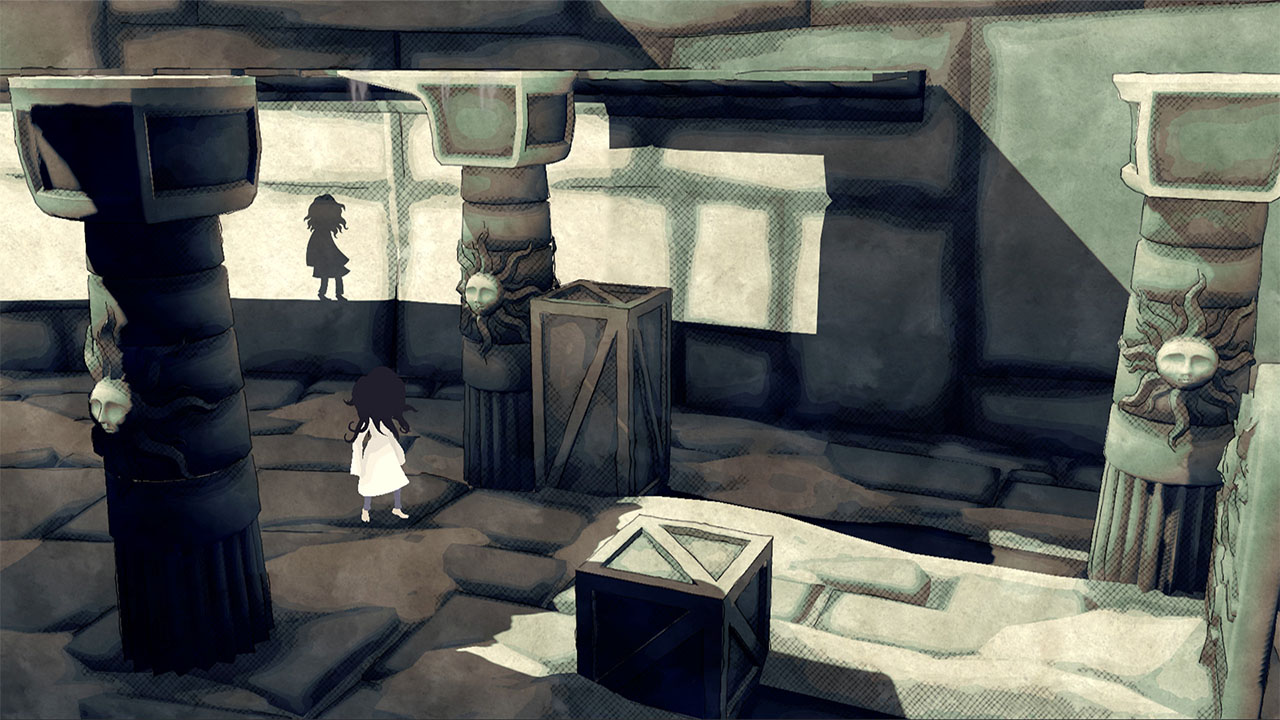 The central focus in Shady Part of Me is the relationship between the girl and her shadow, which plays out almost like an imaginary friend at the start. There are some interesting twists later on in the narrative, which also can be taken in a few different ways. Both the girl and her shadow are voiced by actress Hannah Murray, who is best known for her roles on Skins and Game of Thrones. She uses a very fittingly whiny voice for the child, while she uses something closer to her natural speaking voice for the shadow. This helped to distinguish the two from one another, though you can still hear the mannerisms and such being the same for both. Throughout the game, Murray is the only voice you will be hearing outside a doctor of some sort that pops up here and there in audio form, but she manages to carry the story mostly on her own quite well.

Shady Part of Me is split into a Prologue and four subsequent Acts that each have varying locations and even some new gameplay mechanics being introduced later on as well. The game starts exclusively with you in control of the shadow as you navigate forward on the 2D plane. There are circular areas you will find in which you need to stand to bring the next part of the stage to life, which is something you’ll be doing often in this game. After you get past this and to where the girl wakes up is where the unique gameplay really gets going.

At this point, you will now have control of both the girl and the shadow, with you being able to switch back and forth between them with just the press of a button. Each one handles differently too, as the girl is in a 3D plane and the shadow is in a 2D plane. As seen in the opening segment with the shadow, you can jump around with her and find plenty of platforming segments. For the girl, you can move around in a fairly limited fashion up, down, left, and right and grab onto objects with another press of a button. However, unlike the shadow, you have no jumping ability at all. 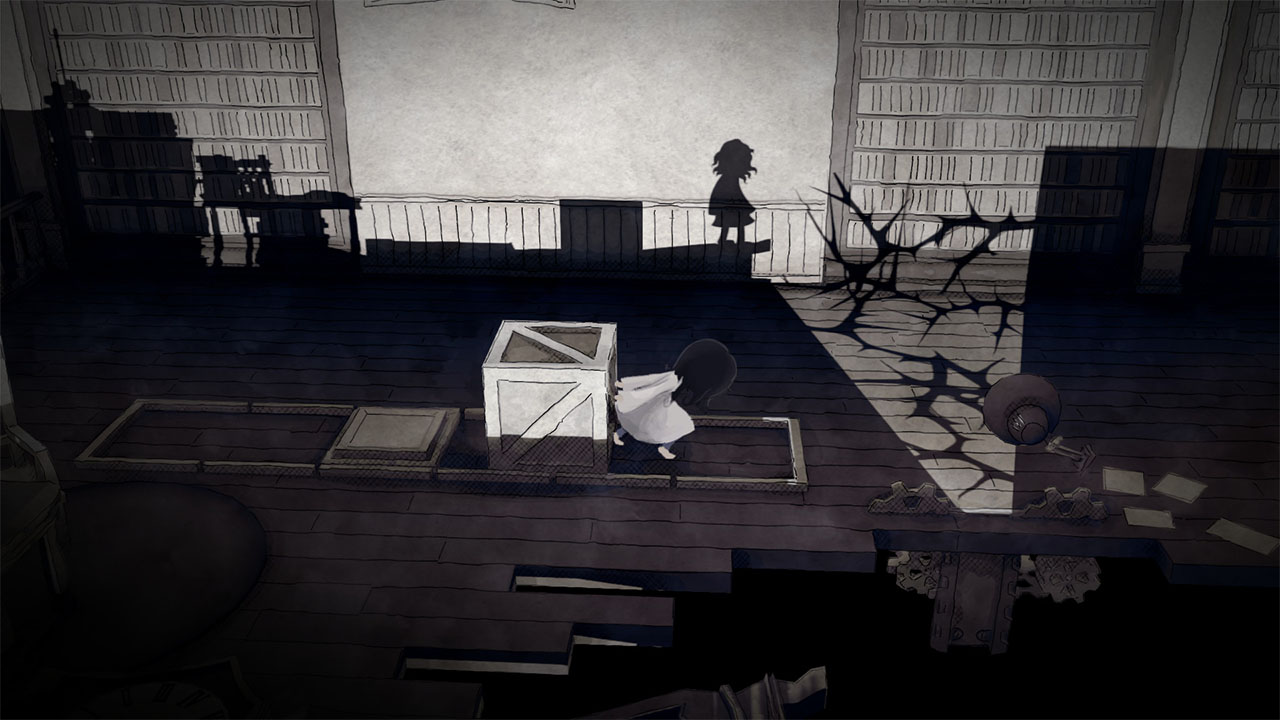 This may sound pretty basic, but the central part of the puzzle mechanics here is that the girl and her shadow will perish if they are in light or dark respectively. When controlling the girl, you absolutely cannot walk anywhere that has light in it. If there’s a timing element to an area and you are standing when a light comes on, she will freeze in place immediately. Thankfully, the game features a rewind feature that is designed just for this reason, which is much better than if you had to reload the game every time. This also is the same for the shadow, as you need light to keep moving and will perish if you get caught in total darkness as well.

The later Acts of Shady Part of Me also introduce additional gameplay mechanics beyond the fairly basic ones you will be utilizing early on. One of these involves gravity, where you have to learn how to get your shadow in unique positions to continue forward. The final Act even adds a new ability that lets the shadow take possession of some toy and move around freely. They added in just enough in the later stages of the game, which helped to keep things fresh. 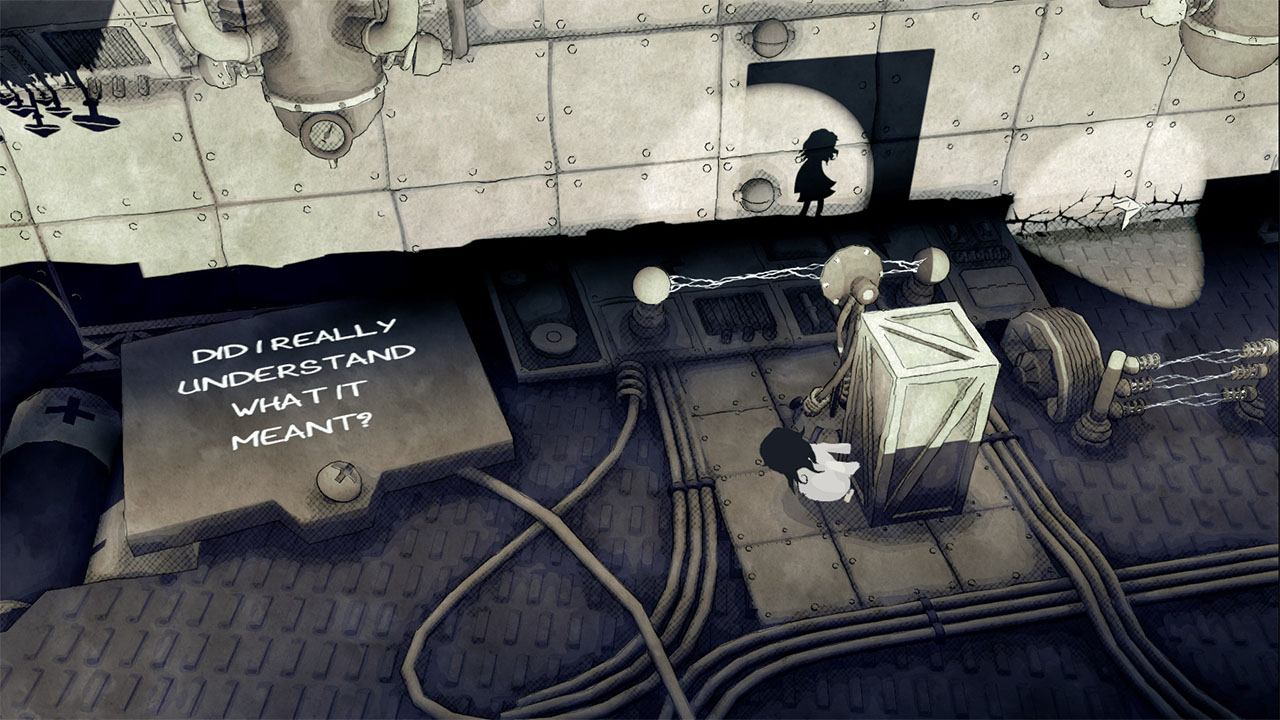 To advance through the game, you will have to reach the aforementioned circular areas that end each section with both the girl and her shadow. They will have to work together to get past many obstacles, so make sure to keep them close and only advance to the end when both can make it. Once both are there, the next area will open up and you can move forward. The only real technical issue here though is with the loading that happens with these new areas. Most of the time it had no issues, but there were others when there was some serious lag for a few seconds when it was loading them.

Difficulty can sometimes be a problem when it comes to puzzle games, with them being either a little too easy or too hard to figure out. Shady Part of Me falls closer on the not too difficult side, as there weren’t that many puzzles that took more than a minute or two to think about. There are definitely a few pretty tricky ones mixed in here and there though, which can be a bit frustrating with how easy the rest of them are.

Besides playing through the story and solving puzzles, Shady Part of Me also has one type of collectible for you to find throughout. These are in the form of origami doves that are scattered within each Act, which actually turn into puzzle pieces. There are 98 total found in the game, with them broken down by Act within the Revisit section of the pause menu. By collecting all of the pieces in each Act, you will complete that mini-puzzle, which is pretty neat to have included. It’s easy to jump back into previous parts of the game through here as well, allowing you to hone in on where you missed out on some your first time through the game. 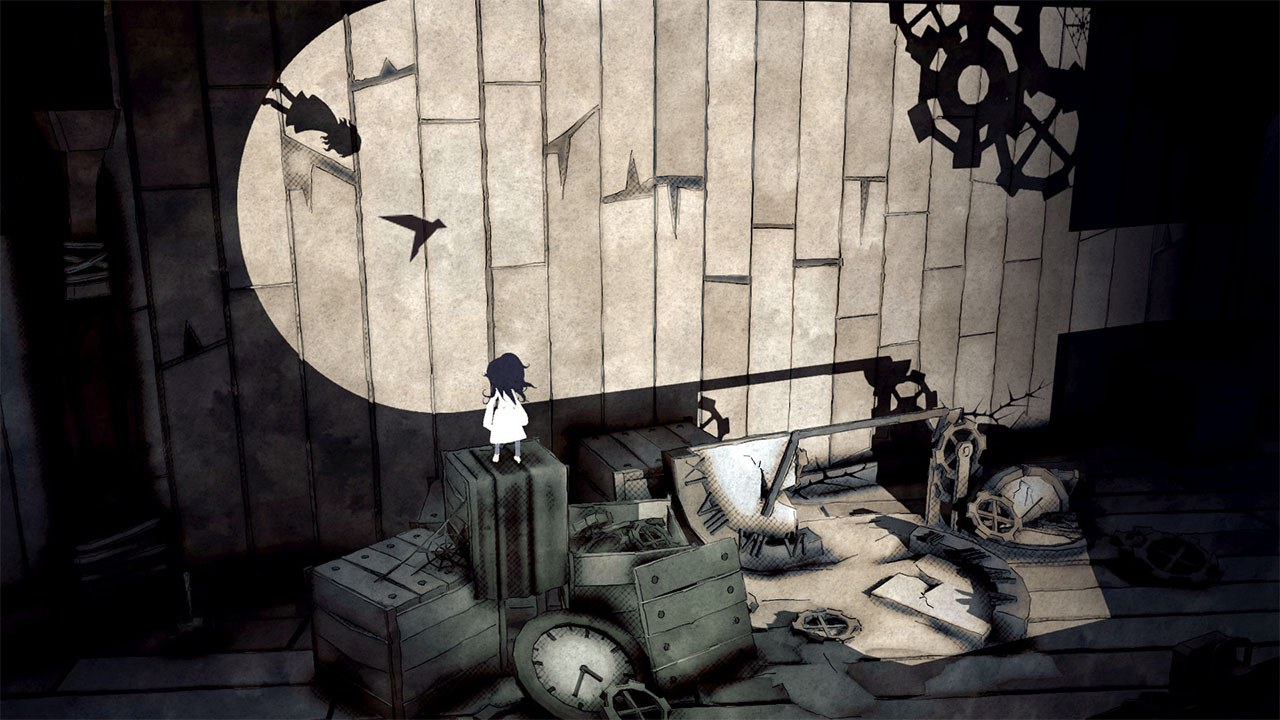 Having the puzzle pieces to collect is also a good addition to give a little replayability to what is a very short game. Overall, it will take you around three hours to beat the game unless you get stuck on a puzzle for awhile. While the game did stay fresh with the newer gameplay mechanics being introduced throughout, the short length also helps this type of game from wearing out its welcome as well.

For a first game from a new developer, Shady Part of Me is a unique, yet still somewhat familiar puzzle platformer. The use of the two characters in completely different styles to get past obstacles is very enjoyable and does require some thinking, even if it isn’t all that difficult overall. If you’re looking for a short narrative driven puzzle game to play in one sitting, Shady Part of Me may be just the one for you.

While it may not be a very long game, Shady Part of Me is well worth the time playing through for both the interesting gameplay and aesthetic that surrounds what is a pretty somber story.

Shady Part of Me