The much awaited expansion finally arrives. 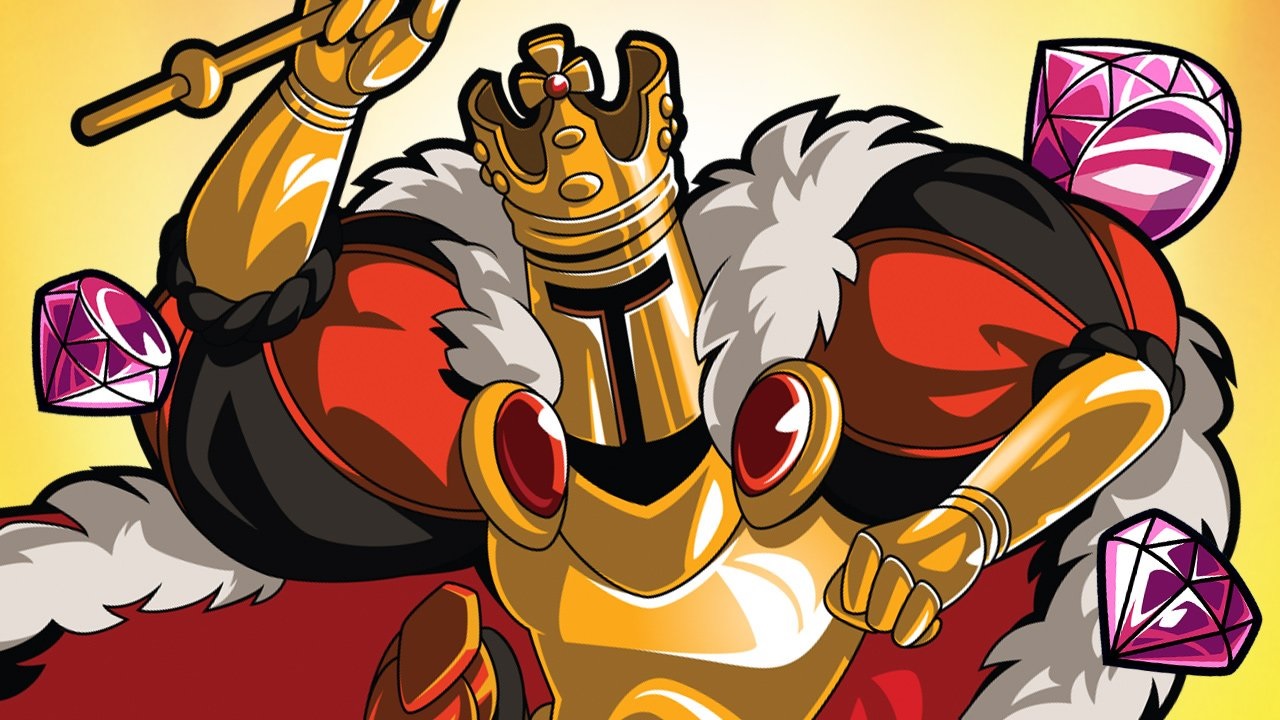 The retro style game renaissance was ushered in with help from games like Shovel Knight, which took classic visuals and gameplay and mixed them with innovative ideas to create brand new games on modern platforms. Since Shovel Knight’s release back in 2014, Yacht Club Games has added two expansions based on Plague Knight and Specter Knight. A third expansion has been in the works for a number of years now and after multiple delays it has finally arrived as Shovel Knight: King of Cards.

Serving as a prequel, Shovel Knight King of Cards tells the story of King Knight and how he ascended to the throne in the past and eventually joined the Order of No Quarter that Shovel Knight faced in the first game. During this time, a card game has become very popular across the land known as Joustus and you must find and defeat the three Joustus Judges to claim the throne.

Shovel Knight: King of Cards takes a similar approach in some ways to previous expansions, while handling some areas completely different. The game is split into four different worlds, each of which have a slew of stages for you to complete. Some of these are required stages that you need to beat to make it to the end and some are optional stages that you can choose to complete or not. In fact, that is a Feat, which is the game’s equivalent of in-game achievements, for beating the game in a certain number of stages. 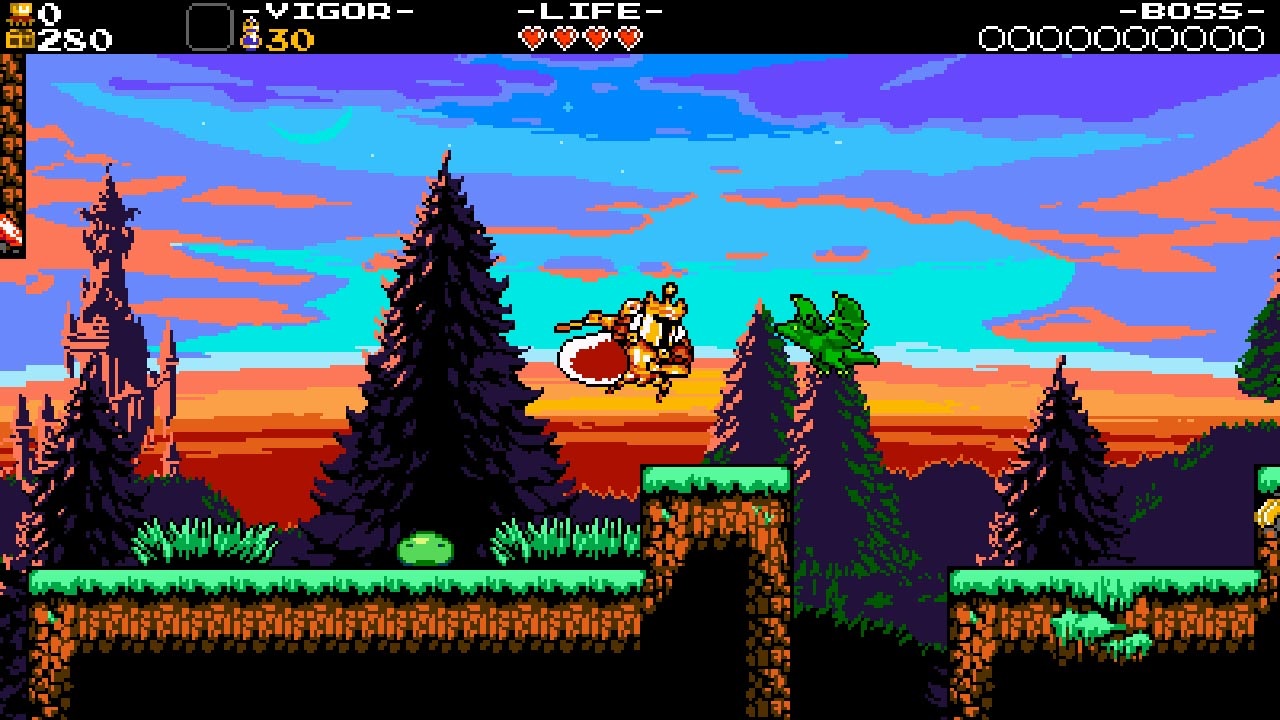 The stages themselves are relatively short, typically having one save point around half way through. A few of these have boss fights of some sort in them, but most of them do not. Instead, the boss fights are relegated to other areas. The definitive location for boss fights are at the end of each world where you fight one of the Joustus Judges and get the three of them on your side. In addition, you’ll also come across other boss battles that move around the map after each stage, with you just having to interact with them to start up the fight. Each boss in the game has a different pattern for you to learn to try and avoid their attacks, though they shouldn’t be too overly difficult after a few tries. The main boss in the second world can be overly frustrating due to being limited to a boat in water as your own platform, making it very easy for you to fall off and die though.

Across the original Shovel Knight and the follow-up expansions, each playable character has featured a different playstyle overall. That is no different in Shovel Knight: King of Cards with the introduction of King Knight. Rather than having some sort of weapon to use as his main attack, King Knight is the weapon. He utilizes his powerful Shoulder Bash attack, where he bashes into enemies to deal damage. That is not all though, as using the Shoulder Bash against an enemy or a wall will cause King Knight to then start spinning around and dealing damage to whatever he lands upon. This felt a bit reminiscent of Ducktales with Scrooge McDuck’s pogo stick, but here the attacks automatically end if you land on regular ground instead of enemies or breakable platforms. This style of gameplay can definitely take some time to get used to at the start, but it does really start to work well once you get the hang of it. 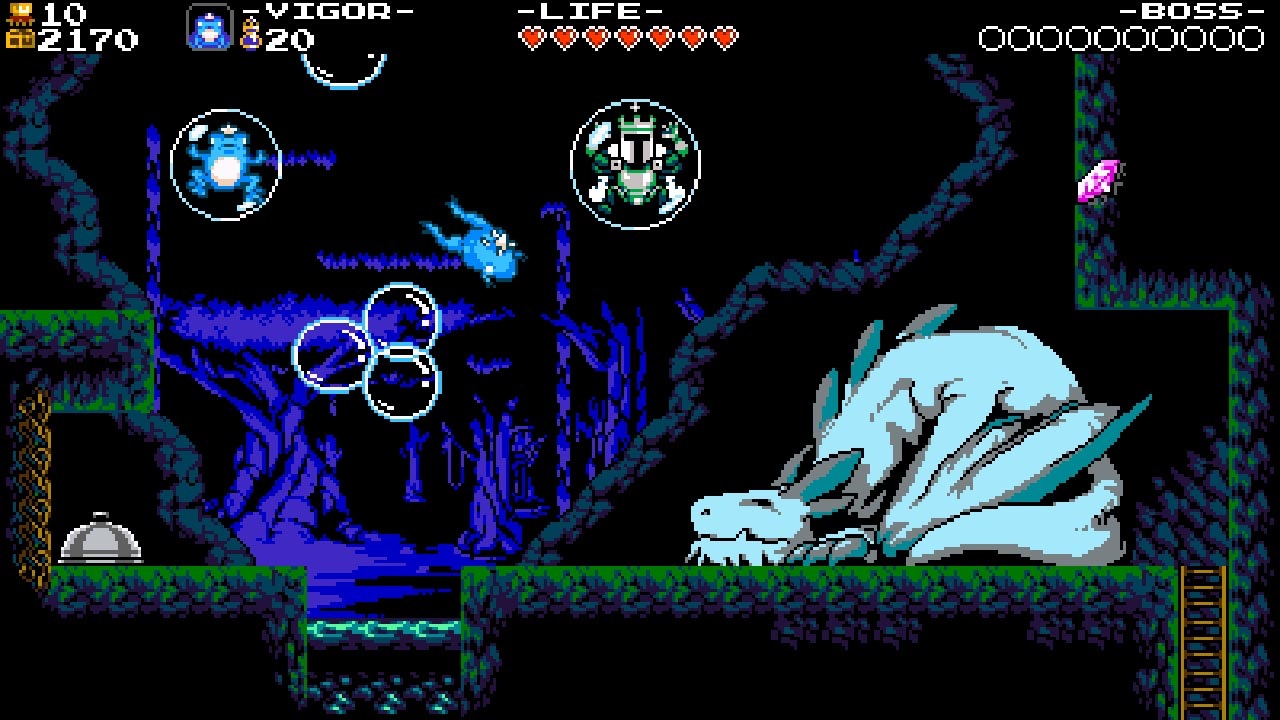 King Knight’s Shoulder Bash and spin attack are not only used for attacks, but can also be used for platforming as well. Using the Shoulder Bash into certain walls will propel him upward, allowing him to reach higher platforms. This can sometimes be paired with the spin attack as well to move upward and across large gaps, as you can use the Shoulder Bash again in midair if you found something to bounce off of while moving. The levels are well designed to utilize King Knight’s abilities, even if it can get a little frustrating at times too.

Beyond the basic attack, King Knight also has additional abilities that can be unlocked the more you play the game. You will come across special stages that require you to pay the expansion exclusive collectible known as Merit Medals to access, which provide you with the new ability. This ability can then be used to make your way through this stage pretty much infinitely, but uses up Vigor elsewhere. These can be switched between in the menu pretty easily, though it can be a bit too easy to accidentally switch between them. These vary in usage, as some are used as attacks, while others like the bubble creation one can be used more for platforming.

Shovel Knight: King of Cards also introduces you to the brand new mini-game Joustus as mentioned prior, a card game played among the inhabitants of the world. You can’t have a game with cards in the title and some have some sort of game game involved, with Joustus being just that. The goal in Joustus is to claim the majority of the gems on the board by the time all of the main slots in the board are filled. You can’t just grab these gems though, as the cards you place must interact with one another based on the arrow placement on each of them. By moving these pieces in the correct ways, you can then claim the gems on the board. While the gameplay does start off very simple, it gets a bit more complex when stronger cards with double arrows and more are brought into the mix. 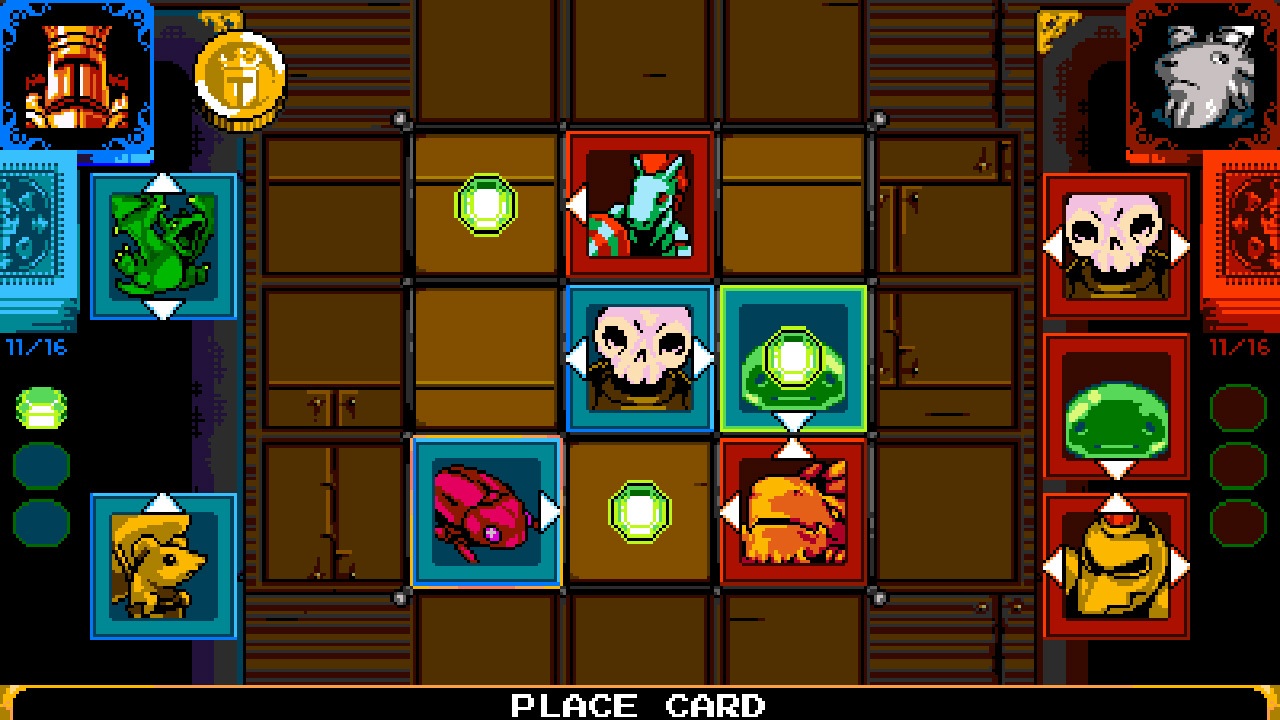 Each world has a dedicated Joustus stage that you can enter and find challengers to take on, with the goal being to take down Black Knight at the end. This setup works well at splitting up the Joustus games between the rest of the stages. Compared to other card games within a game such as Gwent or Triple Triad, Joustus lacks the level of replayability you’ll find with examples such as that. However, Joustus should be enjoyable to play for most, while those who want to skip it entirely can choose to do that as well at the cost of losing the chance to earn additional Merit Medals.

Fans have been waiting for the final expansion for Shovel Knight for a couple of years now following a few different delays and now it is finally here with Shovel Knight: King of Cards. While it can take a little getting used to the closer than ever combat style, the controls for King Knight are as tight as you have come to expect from Yacht Club Games and that makes the gameplay feel very smooth in action. The implementation of the Joustus card game will likely be mixed among players depending on their feelings about such mini-games, but the core experience as King Knight makes the King of Cards expansion another must play addition to the Shovel Knight family.

Yacht Club Games has delivered once again in the latest expansion for Shovel Knight thanks to exciting gameplay and level design that proves Shovel Knight: King of Cards was well worth the wait.