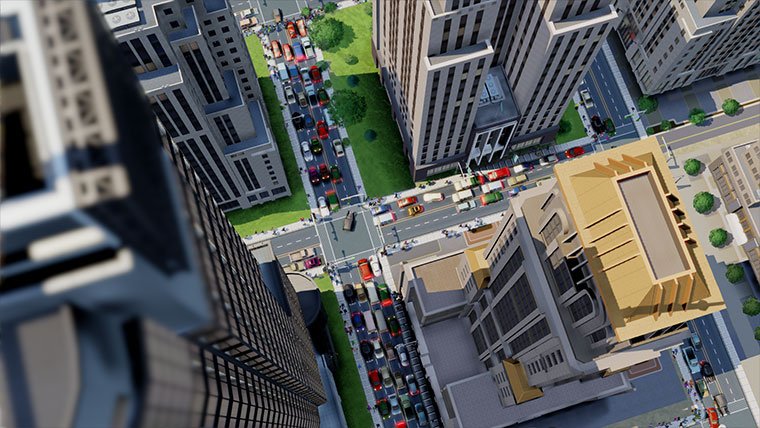 There are obviously people having problems with Maxis and EA’s recent release of Sim City. This Sim City for the next-generation incorporates social and online features that previous games in the franchise didn’t have. The cost of these new features is the requirement of being always online. This means that you can’t just hop on and play Sim City from anywhere at anytime, unless you have a internet connection to play on. As has been proven to be the problem with these types of games, launch has been rocky, users have been experiencing the inability to play the game, have been losing saved cities, and a myriad of other connection and server issues.

Judging by the sheer amount of problems that early purchasers are complaining about, and EA’s response of removing key features of the game to increase stability, there’s no arguing that there are those having problems with trying to play Sim City. It’s a shame, because underneath the connectivity issues Sim City is a brilliant simulator, quite possibly the best that’s ever been made. When it works, there is an astounding level of control in this new Sim City, and it feels like a true next gen leap for the genre. A decade in the making, when played as intended (and working) it’s a glimpse at what’s possible for the Sim City franchise. It’s just too bad that it’s also a glimpse at the changing world of making and selling video games, and how paying consumers get the short end of the stick in the battle against software piracy.

While Maxis takes huge strides towards the future with Sim City, it stays rooted in its past for the most part. You still play the role of Mayor, and your overall objective is to mind your Simoleans and keep your citizens happy. The core zoning features of previous games return, and the delicate balance of zoning out residential, commercial and industrial areas for your city is still the crux of the gameplay. Once your ever-evolving blueprint is set in motion, sims will begin populating your city, and that’s where the real fun begins in this simulator. You’ll need to manage everything as the mayor of your city. Citizens will ask for schools, public services, jobs, tax breaks, and a wide ranging list of demands to keep them happy, safe and healthy. Your goal is to balance the city’s budget to the point where you can deliver these things to them, or they’ll leave. This isn’t a ground breaking aspect of Sim City, it’s been like that since its inception. The big changes for this new game are in just how detailed the simulator is in both its display of activity within your city, and in the data that is compiled and archived for you to keep tabs on your work. Cities are also now interconnected within a region, and rely on each other for vital resources, but we’ll get to that later.

“With so much going on, it’s surprising that these gameplay systems work at all”

With so much going on, and so many stats to keep track of, it’s surprising that these gameplay systems work at all. Maxis does a great job of keeping you in the loop with the status of your city, and when a problem needs your immediate attention. A combination of music, text, and alerts will keep you abreast of the happenings in your city, but planning ahead to avoid future problems is the real key to success here. City planning is a cinch in Sim City as players are given a wealth of numbers that have been crunched and laid out into colorful interactive overlays that are very intuitive and require very little experience to understand. Whether you’re looking for a bottleneck between the toilets of your sims and the local sewage pumps, or which sims are without electricity or water, it’s all very easy to pick-up and learn right away. It’s the best of both worlds. Sim City has very deep systems to learn and use optimally, but understanding what these systems do is easy to discern.

Maxis has limited players with the size of a single city in this new installment of the simulator. There’s no more building to the edge of the screen, each city in a region has boundaries, but these cities are more detailed than any we’ve ever seen from the developer before. Whether looking at the city from a birds-eye view or getting up close and personal, Sim City is a beautiful game. There is a ton of detail in the world, right down to the ability to focus and follow a single sim character. It adds to the illusion that your city is alive and responding to your actions as its mayor. Sims mosey around town, Simoleans in pocket after returning from a job that you created, heading to a merchant that you also created to spend them. This polish in the presentation of Sim City can be found through and through. Even the most boring statistical overlays can be classified as easy on the eyes, and the music is ever-changing as your city evolves. Sim City is not a game you’ll have trouble sinking countless hours into. 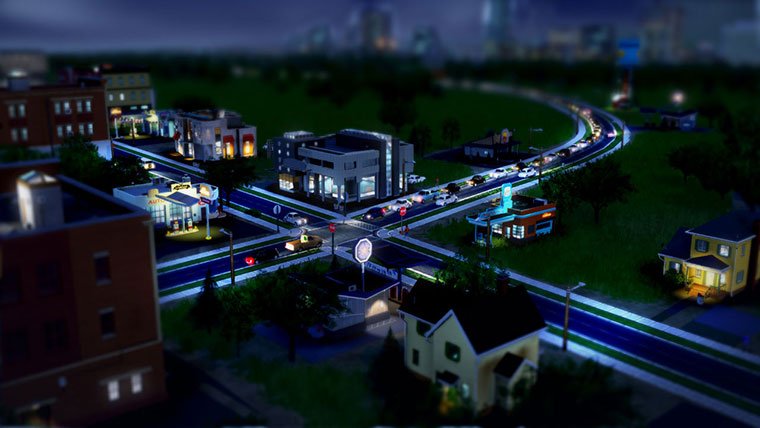 Sim City’s visuals have been noticeably upgraded and the Glass Box Engine that powers it all is impressive, but the core gameplay remains true to form. Where Maxis took the most risks is in its attempt to take what has traditionally been a solitary experience, and turn it into one that relies on online connectivity. In Sim City, cities are built in regions where other cities reside. These multiple cities in each region can be controlled by either the same player or by a group of different players who’ll rely on each other to build cities that complement and help the other players. Players can interact with each other and utilze any left over amenities, and two cities that work together will prosper in unison. To make it more interesting, other cities can be added to the mix if so chosen in the multiplayer region options. Players have a couple of ways to tackle this design choice. You can create a region with the intent to control all cities by yourself, or you can create a public region that can be joined by other Sim City players. The Sim City purist may find it a better option to control all cities themself, because there are downfalls to relying on other players for your region’s health. Players can abandon games, and there’s a ton of potential for griefing here.

Region planning over the traditional single map gameplay does have its advantages. It offers a layer of strategy and inter-connectivity that makes your decisions in one city important to others in the same region. Cities will choose to specialize in specific industries and receive perks because of these choices, it’s how these perks are shared with the region that is the real gameplay ploy here.

This region based gameplay in the online world is where players are finding the most problems with the game. While it didn’t happen to us often, it did happen once where I tried to switch a city only to be booted from the game completely due to the lack of a working server on the region I was playing in. The real kicker is that I also lost my progress from the city I was switching from. Worse yet, I didn’t discover that I had lost everything until after a twenty minute wait to get back into the server I was just booted from. So the answer is to have the solitary Sim City experience then, right? Well it should be, but that’s where the problems still come into play. All of Sim City’s region data is saved to EA’s servers and not on your local machine. You could toil over your city for 12 hours only to be hit with an error in the save process and lose everything. It doesn’t help that Maxis corrals you into the online world and away from the solitary experience from the get-go. When it works, its an interesting system that closer mimics an actual simulation, forcing cities to work together for prosperity. Just how much you enjoy the cooperative aspect of Sim City will determine how accepting you are of the smaller single city size; the obvious trade-off for region play. I found the new gameplay a refreshing change of pace that gave the game a more dynamic feel when it was working properly, and in turn, it made up for the lack of space on any given city starter plot.

Sim City is a really fantastic game, its as fun and addictive as ever, and Maxis has certainly topped all expectations for a proper Sim City sequel with all the modern trimmings. Unfortunately, Sim City also comes with the other modern features that need to be implemented on PC games to deter piracy and funnel money back towards the publisher and developer. The always online requirement has been an absolute disaster for many Sim City fans at launch, but it has other implications on this franchise as well. Creating and sharing content with the community is no longer an option in Sim City. One of the best parts about previous games was the ability to do just that, and its one of the allures of PC gaming in general. It’s understandable that EA wants to make money with Sim City, wants to sell expansions for the game, wants to sell digital content, and wants to deter piracy. They are a business afterall, and they’ve probably done just that, but at what cost? These new features have alienated a lot of their most devoted fans. Four days in, this game is broken for many, many people. The alternative for Sim City is to ditch the DRM, but that’s not going to happen likely. EA and Maxis have both relayed that they are working on getting the game up to speed for players, but it’s definitely left a sour taste in the mouths of those that lined up to get the game on day one, and those are the most devout fans of the franchise.

I can’t wholeheartedly recommend anyone buy this game right now, but there will come a time when Sim City is definitely worth sinking some time and money into. When will that be? It’s hard to tell, but it’s not right now. You could purchase Sim City today and experience none of the problems that many are complaining about. On the other hand, there’s also the very real possibility that you plunk your $60 down on a game that doesn’t work for you, nor include all of the features that it’s advertised to have.