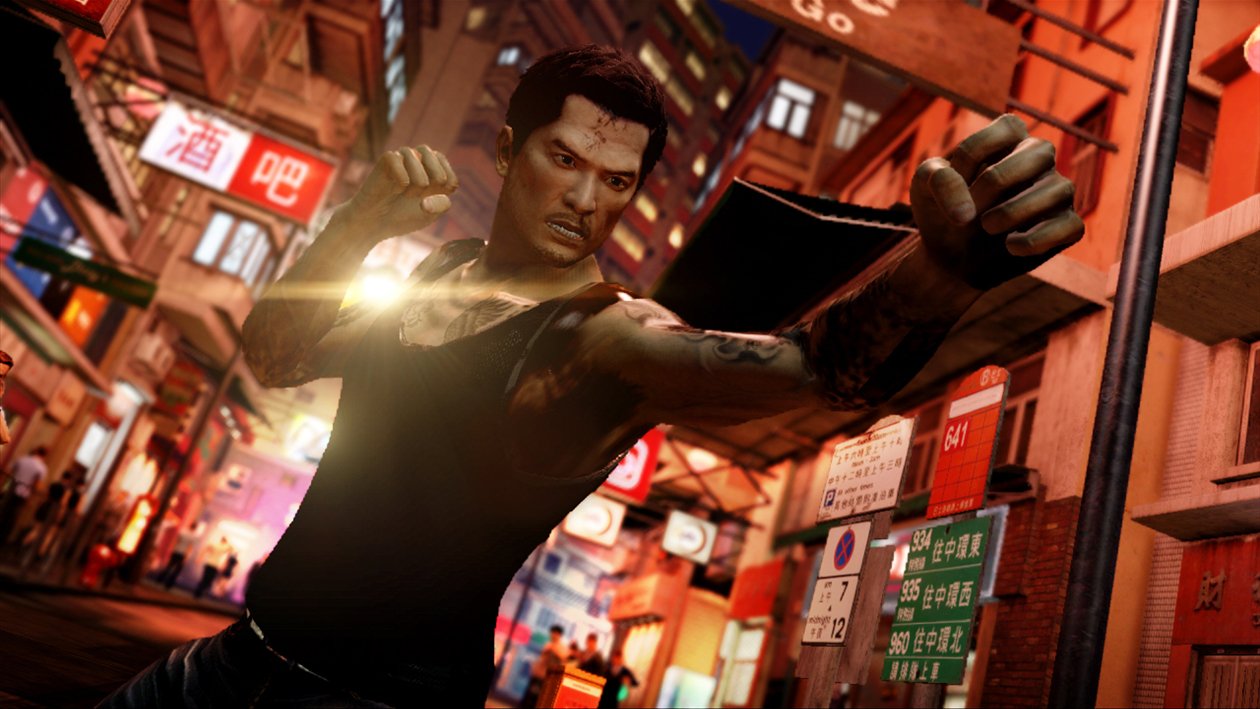 Sleeping Dogs’ troubled development cycle under United Front and rescue by Square Enix made the game an unlikely release in 2012.  Fast forward a couple of years, and nobody could have seen a “definitive edition” making its way to new consoles.  It just doesn’t seem like a game that many were asking for, despite the original release being relatively well received by critics.  Sleeping Dogs is an odd release by Square Enix, right in the middle of other high profile Fall releases, and of the many “Definitive Editions” 2014 saw, it’s the probably the weakest.

That’s not to say that Sleeping Dogs is a bad game by any stretch of the imagination.  The open-world Hong Kong crime drama tells the unique story of undercover agent Wei Shen, who infiltrates the Chinese Triad. It’s an interesting setting, one that’s rarely been touched before.  It’s got an all-star cast of voice actors, and while Sleeping Dogs is mostly derivative of other open-world games, it does have a certain charm to it.  What Sleeping Dogs does, it does well, and it’s an entirely serviceable open world experience — One that pits you in the role of undercover officer, building on meters for your law-abiding side and your alter-ego, lines blurring as the story unravels. 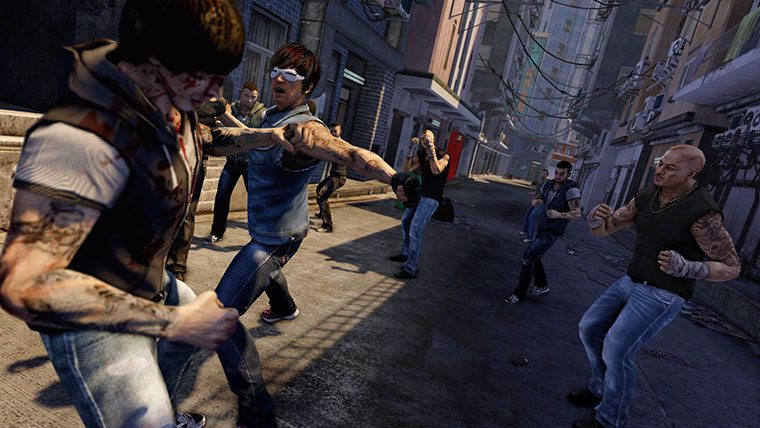 Though unlike some “Definitive Editions” that have been released for the Xbox One and PlayStation 4, Sleeping Dogs feels the most antiquated.  On new gen console hardware the game looks mostly like what it did on the PC when it originally released.  Enhanced Lighting and impressive weather effects, better draw distances and a more detailed world at large, make the open world of Hong Kong feel more alive than ever, for console players at least.  The game did seem to suffer from frame rate issues on the Xbox One, as it most certainly didn’t make it to 60 frames per second, and it seemed at many times like the game was struggling to consistently stay locked in at rate that wasn’t noticeably choppy.   While nearly all of the environmental aspects of Sleeping Dogs looks better, has a higher level of detail, and generally looks sharper in 1080p, you just can’t help but see the game’s last-gen roots still showing.  So is this the “Definitive” Edition of the game?  Well yeah, you can’t beat the price for all the content, and the visual enhancements do go a long way in improving the game.  Did it turn Sleeping Dogs into a next-gen game?  Not really.

The core gameplay of Sleeping Dogs hasn’t changed at all, and it really didn’t need to.  The brutal combat system which allows the hero to use martial arts, counters, and savage environmental finishers is still fun.  Beating enemies into a visible pulp is still, and will always be, entirely enjoyable. While the combat takes some queues from other games, the ability to drag your enemies around the world and slam them into different parts of the environment makes each encounter feel like a choreographed fight scene from the movies. Though the open world aspects, after playing a game like the recent release of Shadow of Mordor, feel a little lacking and less alive than they had previously.  Sleeping Dogs played best in 2012 when you stuck to the narrative path, this still holds true. The main campaign is a 10-12 hour romp that introduces players to both an interesting storyline and cast of characters. These story missions rarely fail to entertain, even if the side content can feel quite repetitive, if varied. 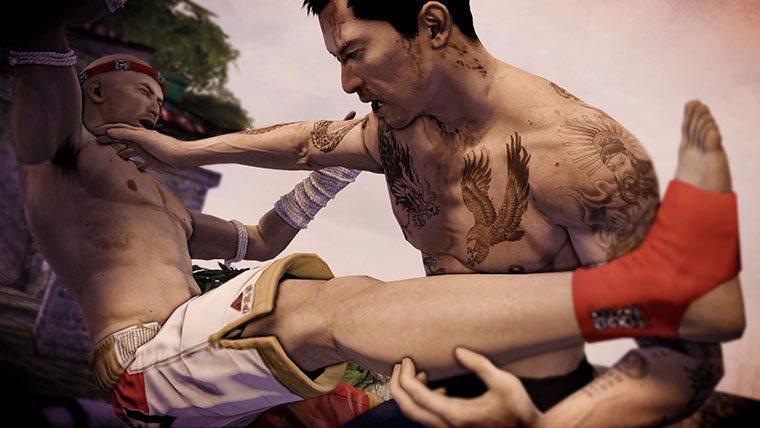 For those that do get sucked in, there’s plenty of layered content in this sandbox title.  There’s a system of medals to unlock, a decently sized progression system of Wei Shen’s abilities, and missions to replay if you aren’t happy with the results of your cop, triad, or face ratings.  It’s a mult-tiered leveling aspect that unlocks a number of different and unique skills for the character.  So your actions will net different results in terms of progression, depending on how you choose to complete missions.  You can toe the line of the law, or not, or just do what’s best for the citizens of Hong Kong.

For those that didn’t purchase all the downloadable content the first time around, this Definitive Edition does have some new stuff to explore.   The Year of the Snake DLC, which is a completely separate campaign that doesn’t really tie into the main story of Sleeping Dogs,  and the horror-themed Nightmare in North Point are both different changes of pace.  Neither piece of the downloadable content is very big when compared to the main game, and both seem more like novelties than anything that adds any meaningful expansion on what was a fantastic main story. It’s something those who played the original game might not have experienced the first time around.  Both are separate from the main story, and you’ll need to access each separately, not the best implementation of downloadable content we’ve seen from an open world game. There’s also a slew of extra content that wasn’t included in the original release, new combat moves, cars, missions and races.

It’s hard to recommend anyone repurchasing Sleeping Dogs for this Definitive Edition, but it could be a great experience for newcomers.  The visuals upgrades just aren’t at the level of say the recent releases of The Last of Us or Tomb Raider. Though that doesn’t take anything away from this game, that at one point, two years ago, was a pretty impressive open world game with an unique and interesting setting.