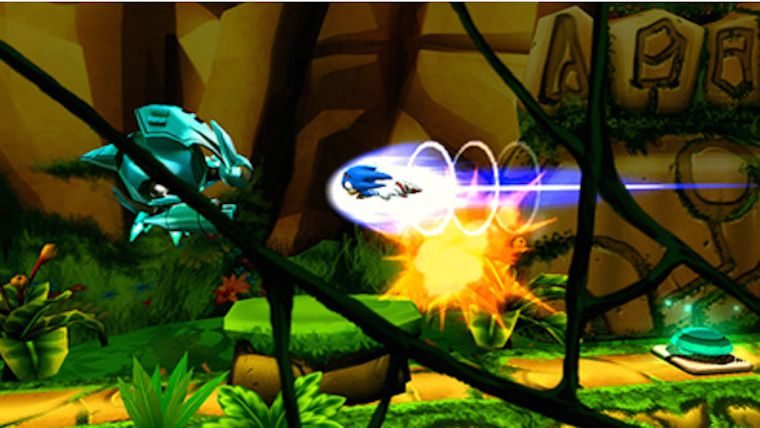 After a number of years, Sonic the Hedgehog has returned to television screens once again with the brand new cartoon titled Sonic Boom. To coincide with the recent launch, Sega entrusted the franchise to two separate developers for releases on the Wii U and Nintendo 3DS, the latter of which is known as Sonic Boom: Shattered Crystal from Sanzaru Games. Maintaining the core elements of Sonic, Shattered Crystal is already better than its Wii U counterpart, but that doesn’t stop it from ending up as a less than mediocre game.

For anyone that has played Sonic Boom: Rise of Lyric on Wii U, the story will make absolutely no sense from the start. Both serve as prequels to the TV series, and each involves the villainous Lyric, but the stories completely contradict one another. At the start of Rise of Lyric, Sonic and company accidentally resurrect Lyric, not knowing who he was prior. Then in the beginning of Shattered Crystal, Lyric is introduced to the gang as the enemy, with no one knowing who he is yet again. Splitting up the games between two different developers seems to have messed up the process, which is something that Sega’s quality control should have worked hard to prevent. This is absolutely inexcusable in any series, especially between two games that can be linked together to unlock special items.

Lyric himself is even more useless here, with the story being largely dispensable. Making it worse is that it is impossible to skip the numerous cutscenes, which are literally characters grunting and sighing while text is overlaid on the screen. These come before and after just about every stage, which becomes a nuisance very quickly.

Sonic Boom: Shattered Crystal is made up of three distinct stage types that will reoccur throughout the game, with little variety amongst them. The Worm Tunnel levels take elements from the special stages found in Sonic the Hedgehog 2 mixed with the rail levels that have been in the franchise for awhile now. Controlling Sonic, the player must dodge electrically charged obstacles by either moving left and right or pressing A to attach to a railing. These can be fun the first time or two, but even when the difficulty is increased in the later worlds, it just feels like the exact same stages over and over again, to the point of monotony.

Also taking a cue from Sonic the Hedgehog 2 are the racing levels, which are found only a few times throughout the game. Sonic faces off against the likes of Shadow and Metal Sonic in split-screen races. Unfortunately, these sections are so easy to complete that they become almost pointless. The player has to intentionally try to throw the race to lose, as one can mess up many times and still catch back up. This makes the races feel dull as there is no level of competition involved at all.

The other type of stage, which you will come upon early on and is the most common, involves the player controlling a party of Sonic, Tails, Knuckles, and the newcomer Sticks, as they venture through a pretty lengthy stage. Running straight through, these levels can be beaten in about five to six minutes, but to get everything needed, it can take upwards of twenty minutes. The adventure levels are the standouts in the game, as they allow the player to utilize all the weapons in their arsenal, which is albeit a little small. The Volcanic Crater world is also creatively designed, with silhouetted foregrounds on a bright lava filled background, though that is about the only unique stage in the game.

Maintaining the side-scrolling style of classic Sonic titles, the overall gameplay here is a vast improvement over the Wii U game. But it still feels fairly bland overall, with the Enerbeam also being used here for basically the same thing as in Rise of Lyric, simply to remove shields or grapple onto obstacles. The biggest victory in Sonic Boom: Shattered Crystal is that Sonic actually has his legendary speed and can use it in many spots, though it is a little disappointing that the fastest segments are all auto-run. The run button and spin dash will be put to good use, as well as Sonic’s special ability to burst through the air. 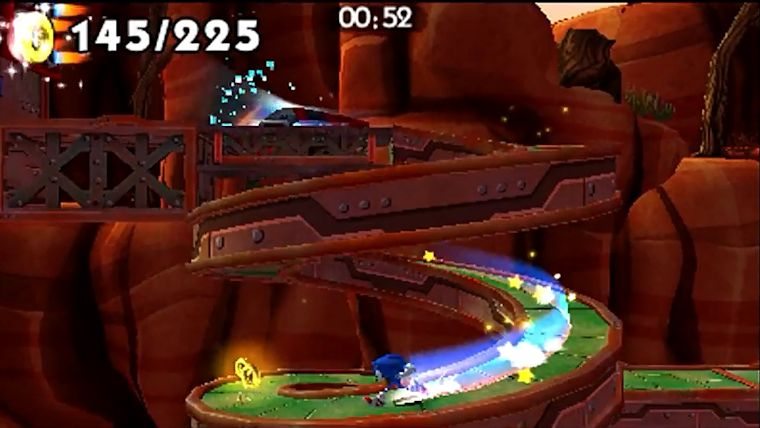 Once all four playable characters have been obtained, each one can be switched to almost instantaneously by hitting the corresponding direction on the D-Pad. The special abilities of the other three will be used quite often throughout these stages, as Tails can reach higher platforms with his tails, Knuckles can dig into the ground, and Sticks can hit obstacles with her boomerang. While these are utilized well most of the time, they do get extremely repetitive as there are very few alterations to their usage, though they are massively more useful than any of the special abilities found in Rise of Lyric.

The biggest victory in Sonic Boom: Shattered Crystal is that Sonic actually has his legendary speed

The playthrough of the first world may actually get the hopes of the player up that this could actually be a good Sonic game. However, those dreams are quickly dashed as soon as one enters the second world and realizes that her or she has to backtrack and collect emblems just to play the first stage of the second world. Many games in the Mario franchise have tried this in the past, though later in the game, but Sonic Boom: Shattered Crystal does it way too early.

The emblems for beating each stage are simple to receive, but to keep going, players will need to earn many more. This requires the collecting of five crystal shards or six blueprint pieces in every single adventure stage in the game. This is especially frustrating early in the game, as the player starts with only Sonic and then gets the other three one by one, meaning these long early stages will have to be replayed up to four times. Players cannot just go find the objects and exit out either, as they need to finish the stage or progress will be lost.

There are a grand total of 34 emblems to collect in the game, which one would think might unlock something very special upon getting them all. However, instead players are treated to a dance party at Amy Rose’s house. Perhaps one of the most anticlimatic unlockables in gaming history, this is a slap in the face of the players that searched every crevice of the stages to find these pieces. 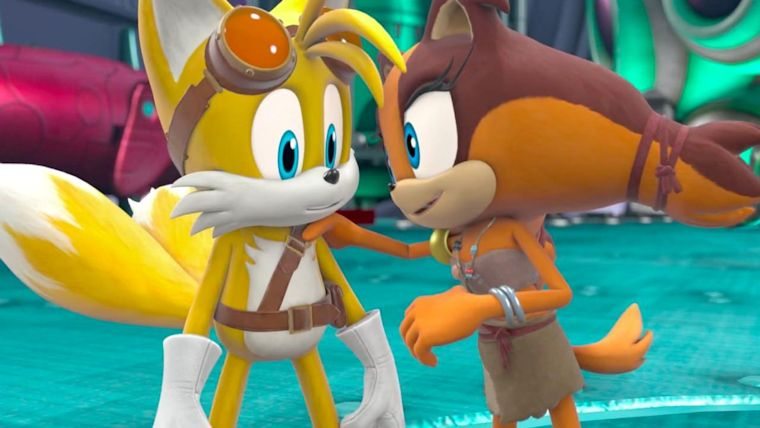 This collectathon type of gameplay is only implemented because Sonic Boom: Shattered Crystal would literally last less than an hour otherwise. The padding is very apparent and even with all of this, the game can easily be beaten in a matter of hours. Due to a decent number of emblems being required to complete the game, there is almost no replay value whatsoever in the game. There are collectible “toys” the player can earn by turning in collected gold coins, but they are nothing more than art and logos that are a total disappointment.

While nowhere near the abomination that was Sonic Boom: Rise of Lyric on Wii U, Sonic Boom: Shattered Crystal is still not a very good game at all. The potential was there for a respectable entry in the Sonic franchise with the return of his speed, but the repetitive nature of the gameplay and pedestrian level design makes it rather mundane instead. This might have been passable, but the almost offensive level locking that occurred, as a way to pad an incredibly short game, has brought forth another failure for the inconsistent series.