The latest news in the world of video games at Attack of the Fanboy
July 2nd, 2014 by Anthony Decicco 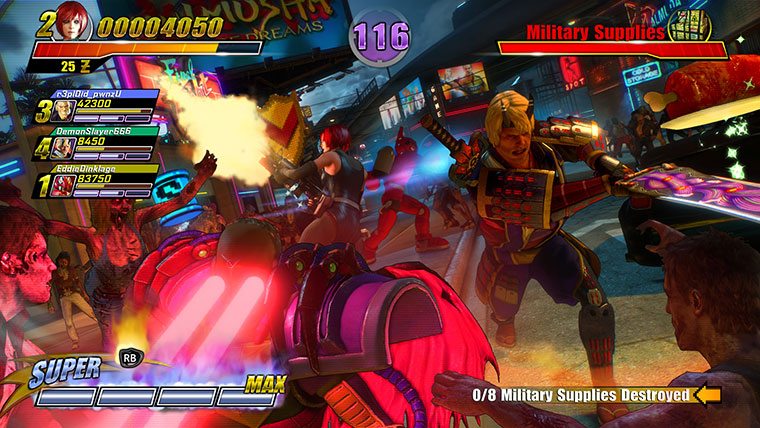 Capcom is known for double, triple, and in rare cases quadruple dipping it’s beloved franchises. The justification is that it adds increased value every time that it does not warrant a direct sequel. So, instead, they often release a new game that replaces the old one rather than DLC or a patch in most cases. Dead Rising 3 has seen its fair share of DLC in light of the ‘Untold Stories’ series of content. Super Dead Rising 3 Arcade Remix doesn’t just parody the Capcom tradition of double dipping titles, but it also offers enough Capcom fan-service to make anyone nostalgic. Is this downloadable content worth the hefty price of $9.99, or was it just a cheap cash in on the popularity of Dead Rising 3?

Unlike other downloadable content that has been associated with Dead Rising 3, Super Dead Rising 3 Arcade Remix (SDR3AR for short) is a vast off-shoot of what the ‘Untold Stories’ content was. Where they were more grounded in the story and giving you different views from various survivors, this one lets you play as one of the core four Dead Rising franchise stars: Chuck Greene, Frank West, Annie Greene, and Nick Ramos. The Arcade Remix for Dead Rising 3 plays a lot like a completely separate expansion, more than it does just downloadable content.  The DLC  has it’s own separate loading away from the main game, and when you play it you will realize why. The game itself is built like a classic Capcom beat ‘em up.   You and three other friends can go through all the different districts in Los Perdidos, fighting waves of enemies, garnering insanely high scores and awesome combos. 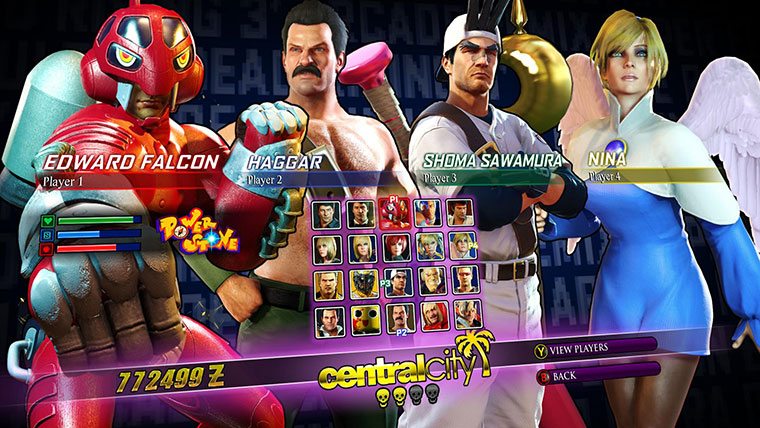 Arcade Remix is equally fun when you decide to play alone as well.  There are collectibles such as arcade machines that sometimes act as prerequisites to unlocking a total of five costumes for each character with the points you earn in each level of each area.  This adds some longevity and replay value,  as the different costumes not only look different and offer different primary weapons, but they also allow for a new ways to play the game. A new art style in the Super Dead Rising 3 Arcade Remix has an almost cel shaded style that is aesthetically pleasing. The DLC feels different than anything previously available in Dead Rising 3 and shows that Capcom really knows its audience.