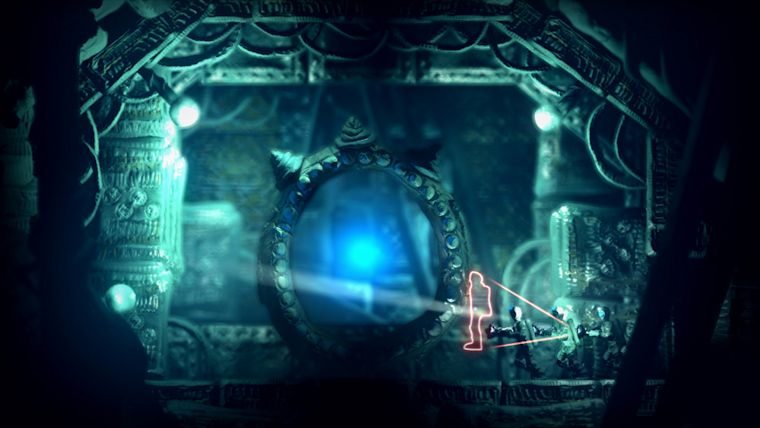 In this day and age, indie developers have become so prominent in the gaming industry that there are new games coming out weekly, with some being better than others of course. One of my favorite parts of gaming is being caught completely by surprise on a game I barely knew anything about prior to playing for the first time, and The Swapper was a perfect example of that.

Coming from Facepalm Games, the game initially released for PC over a year ago in May 2013. Curve Studios then took over at that point to bring the game to other consoles, leading to the release across all three PlayStation platforms now, with a release on Wii U coming later this year as well.

The Swapper is certainly a very unique game that seems to take inspirations from a number of different games. The most obvious design and layout wise is that of Metroid, with a map system that is basically known as the Metroidvania style these days. On top of the actual layout being similar, the scenario is somewhat similar as you are a space explorer stranded on an abandoned and damaged space station. You start in one small area and then branch out all throughout a giant unexplored map, which will require a lot of backtracking. Thankfully, there are a number of teleporters around the area to help you get around a little easier.

The puzzle gameplay itself feels like it had inspirations from games like Braid and Portal, while still featuring its own unique flair. The centric mechanic of The Swapper is cloning, as you have the ability to clone yourself up to four times at once. When you first start off, this is all you can do, but you will soon gain the ability to switch between your clones and the original with ease. This is vital for continuing throughout the game, as you must switch between the clones to make further clones to move to otherwise unreachable locations.

You have to be very careful too, because the protagonist is extremely sensitive to falls, so you will likely be killed on anything that is more than a short jump. This can get a little annoying after awhile, especially on jumps that seem like he should be able to survive, but luckily you always get to restart just about where you died.

At the beginning, the puzzles are pretty simplistic and just consist of creating a clone to put up on a higher ledge and standing on a switch to continue. However, that soon changes with the introduction of colored lights. Blue lights block you from creating clones within the lit up area, red lights block you from from swapping between clones if the red light is inbetween, and purple do both of these. This brings a whole new level of strategy in how to solve puzzles, as you will have to not only figure out how to get to a location, but also have to find a way to disable each of the colored lights in the way.

Taking the puzzles a step further, the game also implements gravity into the mix after awhile. This definitely does bring more difficulty to the game, as you will have to figure out how to utilize the new anti-gravity pads that will flip you either upside down or back rightside up, both between puzzles and during puzzles.

A fantastic soundtrack always helps to make a game even better, and The Swapper is a prime example of that

While I enjoyed the gameplay immensely most of the time, it definitely can get a little monotonous, especially after you get to the point where you are doing the same type of puzzles over and over again for awhile, until a new mechanic in introduced. This is mostly just something that happens in most every puzzle game after awhile, so its easy to overlook based on the genre.

As you make it through each puzzle, you will collect orbs that will allow you to activate consoles to move further along on the map. A lot of the time, there are a few different paths that you can take to collect orbs to help get past these barriers. If you are completely stuck on one puzzle, you can even skip it and go find orbs elsewhere, as there are typically more orbs prior to a console than needed to pass, at least after you advance a little bit into the game.

On top of the really fun gameplay, the standout in The Swapper is the atmosphere. The dark and desolate setting creates a level of despair and loneliness that is hard to pull off in a lot of games. This is backed with an incredible score that I could listen to all day long. Sometimes the music is very subtle while other times it is a little more fast-paced and loud. The music in one particular area of the map featured a piano that had the notes hitting almost to perfection with what was going on in the game. A fantastic soundtrack always helps to make a game even better, and The Swapper is a prime example of that.

While this kind of game doesn’t need much of a story, there is still some semblance of a story found across a number of different computer consoles. It helps to set up the backstory a little bit to help us understand the setting a little more. We also have occasional interactions with a mysterious figure throughout the game as well that pushes that along even further. 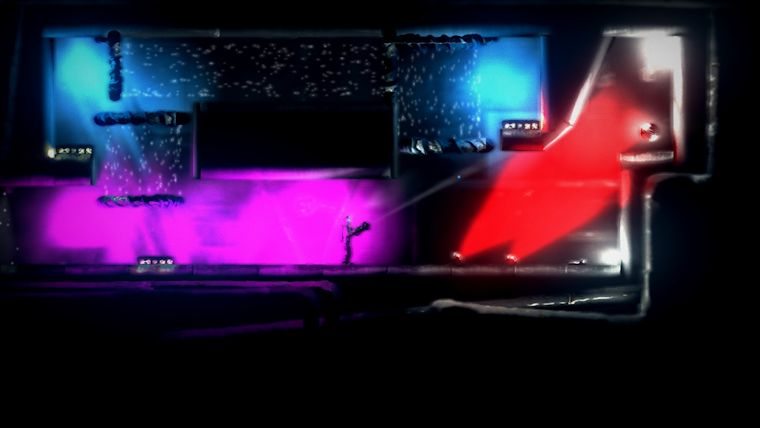 As with many games these days on PlayStation systems, The Swapper features cross-buy, which allows you access to the game on PlayStation 4, PlayStation 3, and PS Vita with just the purchase of one version of the game. This does help quite a bit to help swallow the kind of expensive price tag of $19.99. The Swapper is more than worth paying good money for, but the game isn’t overly long, so $14.99 might have seemed like a better price zone to have targeted if not for the inclusion of cross-buy.

With all of the games that are coming out on a weekly basis, The Swapper was one that completely flew under the radar for me. Just like how The Wolf Among Us and Brothers: A Tale of Two Sons shocked me with how good they were without knowing anything prior, The Swapper was an insanely pleasant surprise. With very fun and versatile gameplay spread across an incredibly atmospheric setting with a superbly scored soundtrack, The Swapper is one of the best puzzles games I’ve played in recent years and is a must try for any puzzle game fans.