If you could turn back time, would you find a way? 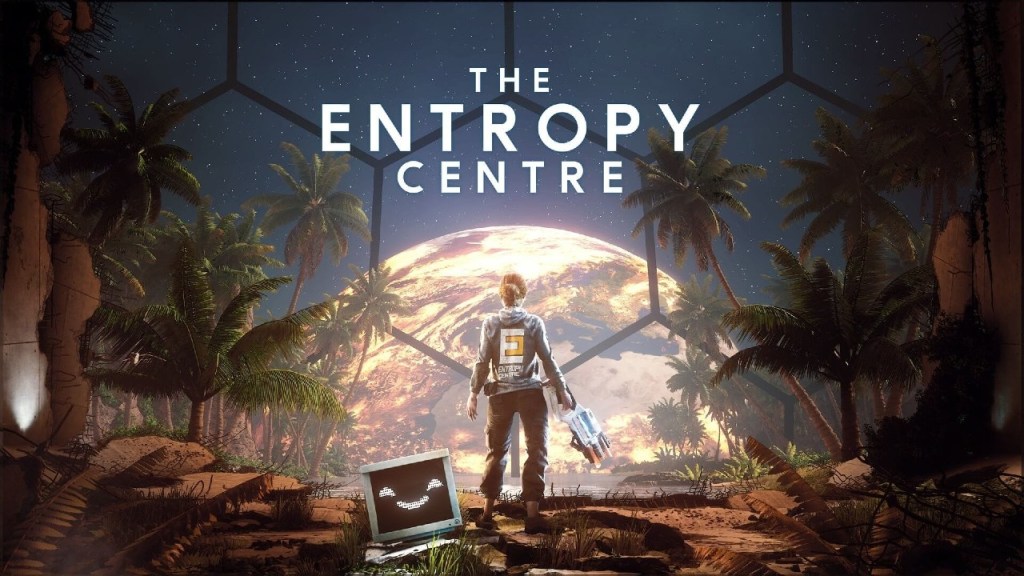 When you first start up The Entropy Centre, you may be shocked to know that this isn’t a prequel or sequel to the excellent Portal series. Taking cues from the general visual and audio stylings of that title, you’ll come to find that this title does make its way out of the shadows of its inspiration. Will we eventually see games that are taking clues from The Entropy Centre in the future, or is this a title that will be rewound out of our memory?

Brought to life from the mind of a single developer, The Entropy Centre has a unique visual style that could fool plenty of gamers into thinking it was a big-budget AAA title. Beautiful reflections, stunning scenery, and inventive imagery surround you as you make your way through the titular building you have found yourself trapped within. Even if some of the corridors that you plod through on your journey feel a bit claustrophobic, once you break out into the totally real and not artificially crafted world that surrounds you, you’re in for a visual feast.

As you continue through the Centre itself, solving puzzles along the way, you’ll find vegetation that moves when interacted with, reflections in surfaces that match up perfectly, and other key points of information that are given to the player in great detail. No matter if you’re on a console or PC, you’ll find that this is one of the nicest-looking games on the market currently. There is no visual noise that can distract the player, allowing you to focus on your main objective at all times.

While the game is overall stunning, there are a few things that can detract from the overall experience. For those looking for a hardcore puzzle title, you may not find that with The Entropy Centre, as anything you’re able to interact with is highlighted with an orange outline. This may be great as you start your journey into the unknown, but an option to turn this off could increase the challenge of the early game, or for those making another run through the game.

You’ll also find a few glitches that can destroy the emersion that you’re feeling, with cubes phasing through walls and other objects being far too intrusive to your overall goal. With a single save point, this could leave some players frustrated as they lose a fair amount of devoted time to a glitch that sets them back. However, the puzzles themselves are entertaining enough to warrant another playthrough without boiling your blood.

Put Your Thinking Cap On

While Portal may have, well, portals, you’ll have the power to reverse time to help you solve different puzzles across your time in the Entropy Centre. With each new room that you enter, you are granted a new piece to the puzzle, with anything ranging from bridge bricks to laser bricks, you’ll need to examine and think before you jump into anything.

For puzzle enthusiasts, you’ll find that this title can take a little while to start cooking with gas. While the first half of the game starts off a bit on the easy side, the second half of your time will require that you put on your thinking cap and get to work. Some of the puzzles genuinely feel like the best in the business, while others may leave you feeling frustrated until you figure it out. That’s the feeling I was hoping for throughout the game, rather than feeling slightly underwhelmed by the opening half of this title.

Another part that was underwhelming in the long haul was the overall narrative that the game strings along. While entertaining, there is some missed potential from the overall padded feeling of the game. As you continue through the centre, it feels like if some extra weight was cut off to increase the overall tension, the flow of the game could have matched the cleverness of its puzzles in the long haul. Leaving you with an ending that does a swell job of wrapping up what happened, the length and padding hamper the overall replayability of this game. While it’s not the end of the world, a few hours trimmed off may have helped push this title to its full potential.

While the first half of this game may not be the strongest point, the second half is something quite memorable. As you get into more genius ideas that require you to admire the scene you’re in and find the proper solution, you’ll pine for more of these kinds of puzzles. Even with the visual cues, these levels are a masterclass in puzzle design and show the true potential that this title has. With all of the tools available at your disposal, solving an elaborate puzzle feels like the greatest achievement you can make.

As you cross the finish line and find out what your journey was all about, you’ll come to appreciate what The Entropy Centre has brought to the field. While it may not be the perfect puzzle title, it offers a fresh and unique take on the genre that is visually impressive and has some genuinely great puzzle action along the way.

While a padded length detracts from the overall excitement of the title, you’ll enjoy more of your time in this titular area than you originally anticipated. Stubby Games has done something unique and thought-provoking with this game, even if it doesn’t deliver on every front. As they continue to learn and grow from the mistakes that were made, we will without a doubt see something even more exciting in the future from their hands.

They say that imitation is the most sincere form of flattery, and it’s a key point to mention about The Entropy Centre. In more ways than one, you’ll find that this time-altering adventure takes a few key points from the granddaddy of First Person Puzzle games, but also does just enough to set it apart from its clear inspiration. While there may be a few stumbles along the way, The Entropy Centre has a unique twist on a familiar premise in this particular genre. It may not redefine it in any new ways, but it’s something that will help scratch an itch in a brand-new way.

Attack of the Fanboy / GAME REVIEWS / The Entropy Centre Review